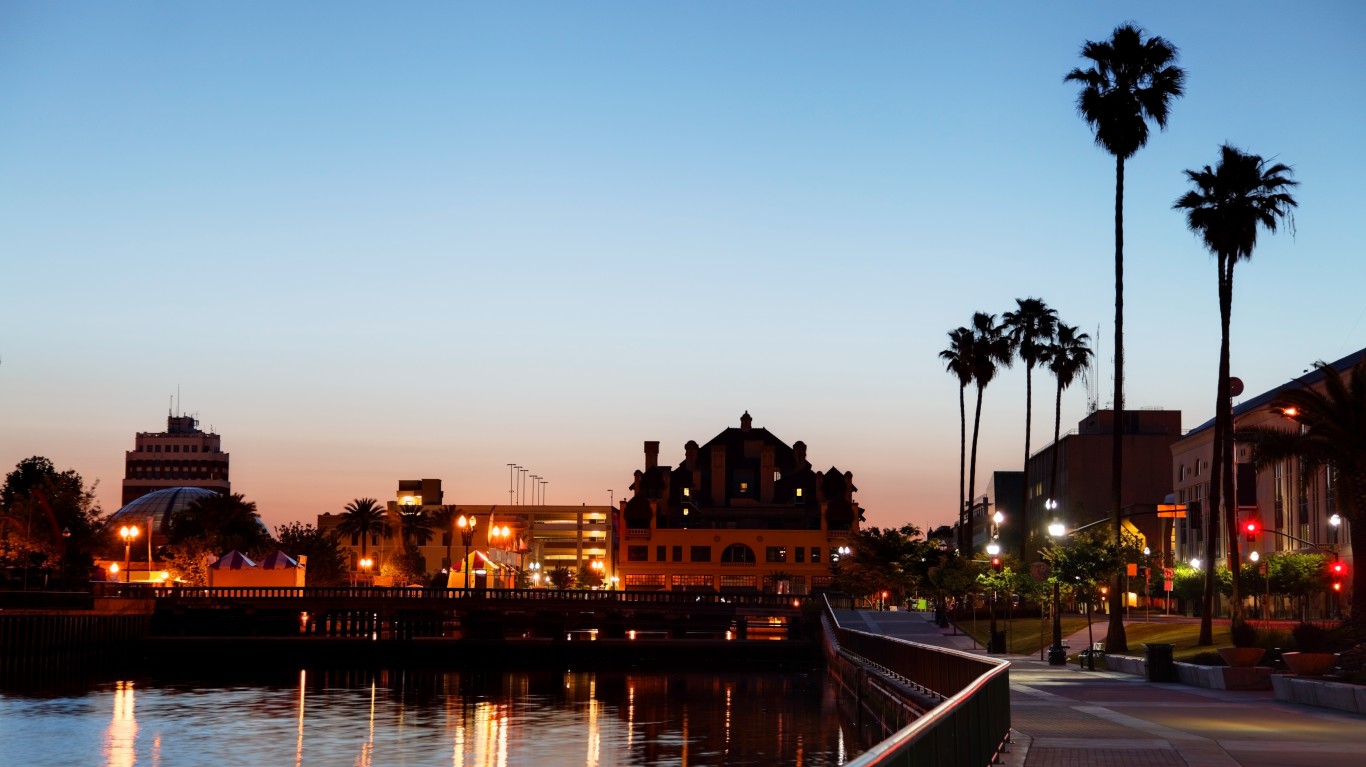 In California’s Central Valley, Stockton gained notoriety in 2012 when it declared bankruptcy, becoming the most populous city in the country at the time to have done so. Along with those troubles have come a high violent crime rate — 1,415 crimes per 100,000 people. Stockton’s financial troubles may help explain the city’s high crime rates, as weak budgets may be limiting the city’s abilities to enforce crimes. Stockton’s extremely high unemployment rate, at 8.0%, is one of the highest in the country, and may also be contributing to the city’s high crime rate. 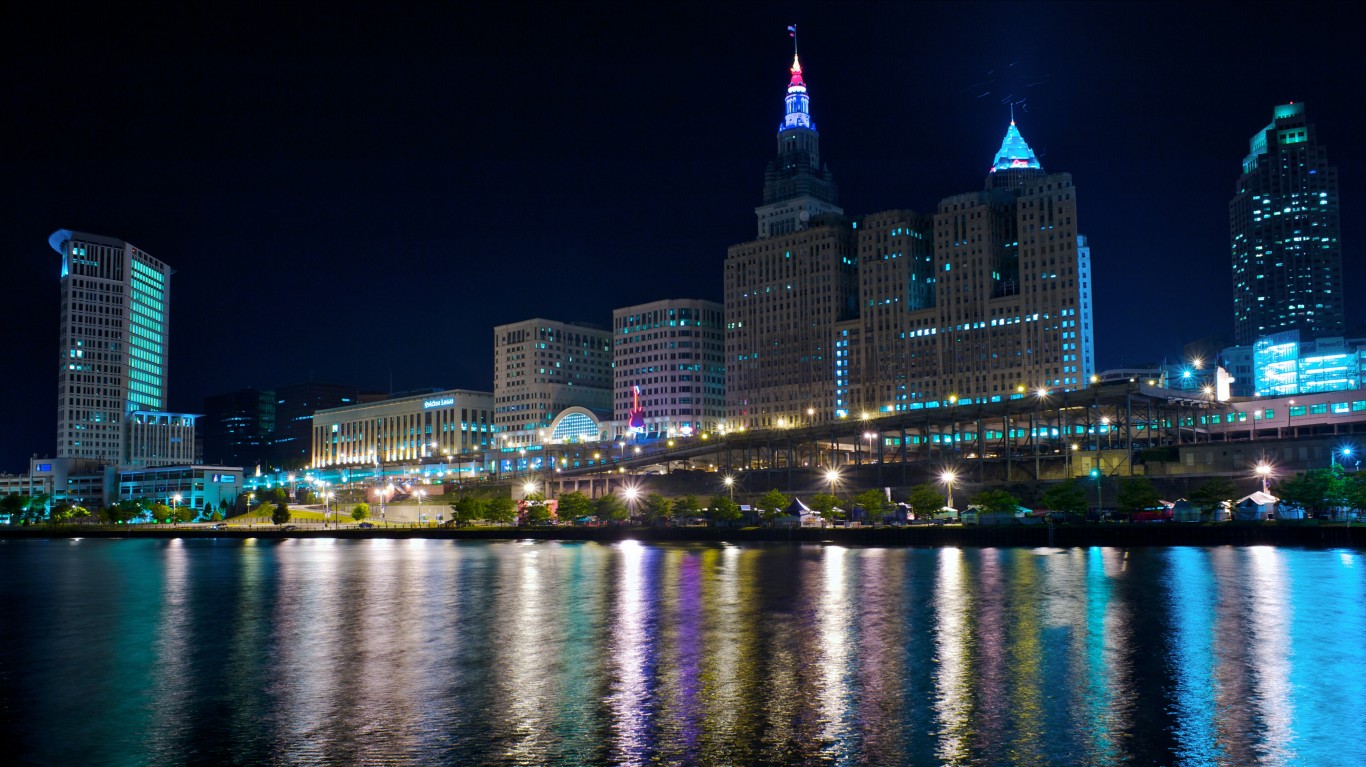 Ohio’s second-largest city, Cleveland, has had a rocky time of late. In 2017 more than a third of the population was impoverished and the unemployment rate was over 7%, each among the 10 highest rates in among U.S. cities. High poverty and high unemployment have been been shown to relate to higher violent crime rates. In 2017, there were 5,999 violent crimes reported in Cleveland, for a rate of per 1,557 per 100,000 people. 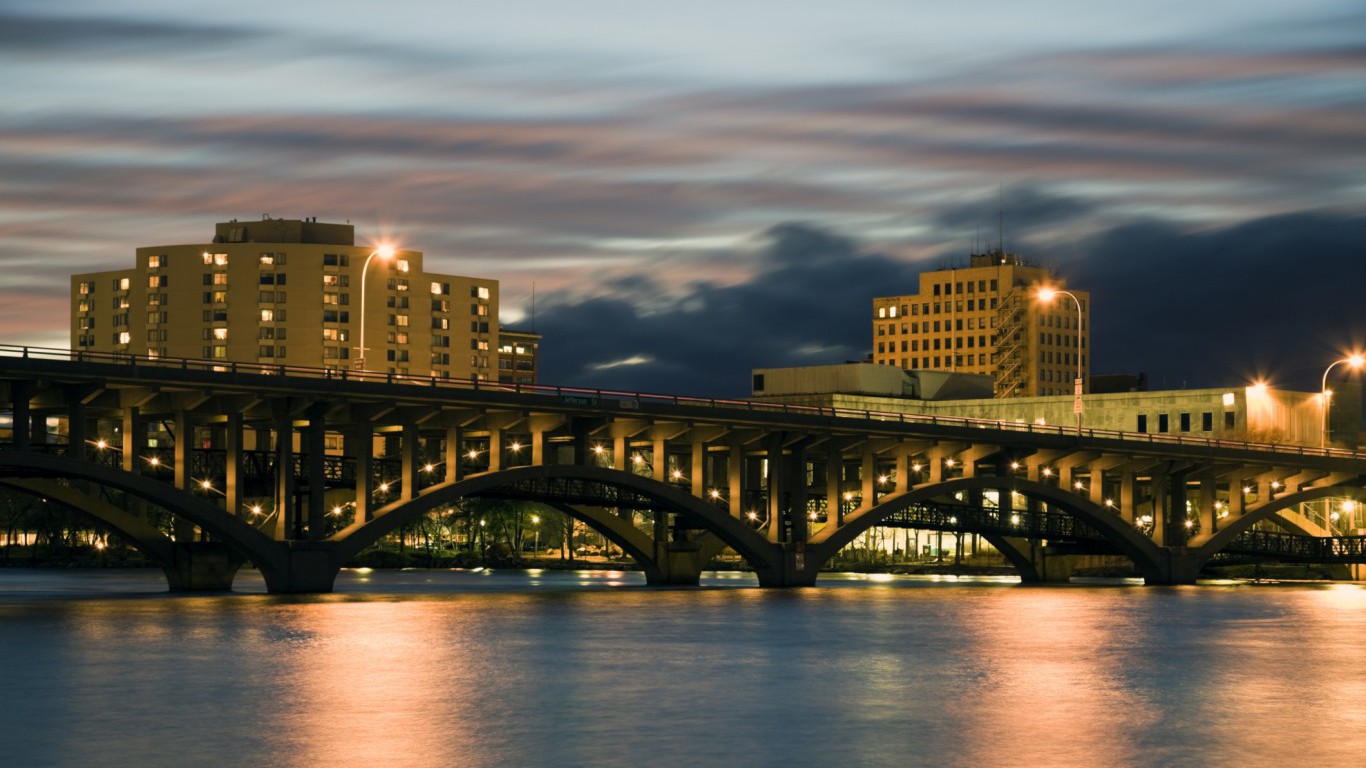 Compared to most of the cities with the highest violent crime rates in the country, Rockford, Illinois has relatively few murders — just 18 in total in 2017. Even adjusting for population, the city ranks outside of the top 50 for its murder rate. However, murder and nonnegligent manslaughter only represent a small part of a city’s overall violent crime rate. Rockford, for example, had 1,773 reported aggravated assault cases reported in 2017, far more than most other cities of its size. In Naperville, Illinois, a city with a slightly larger population than Rockford, there were just 80 reported cases of aggravated assault last year. 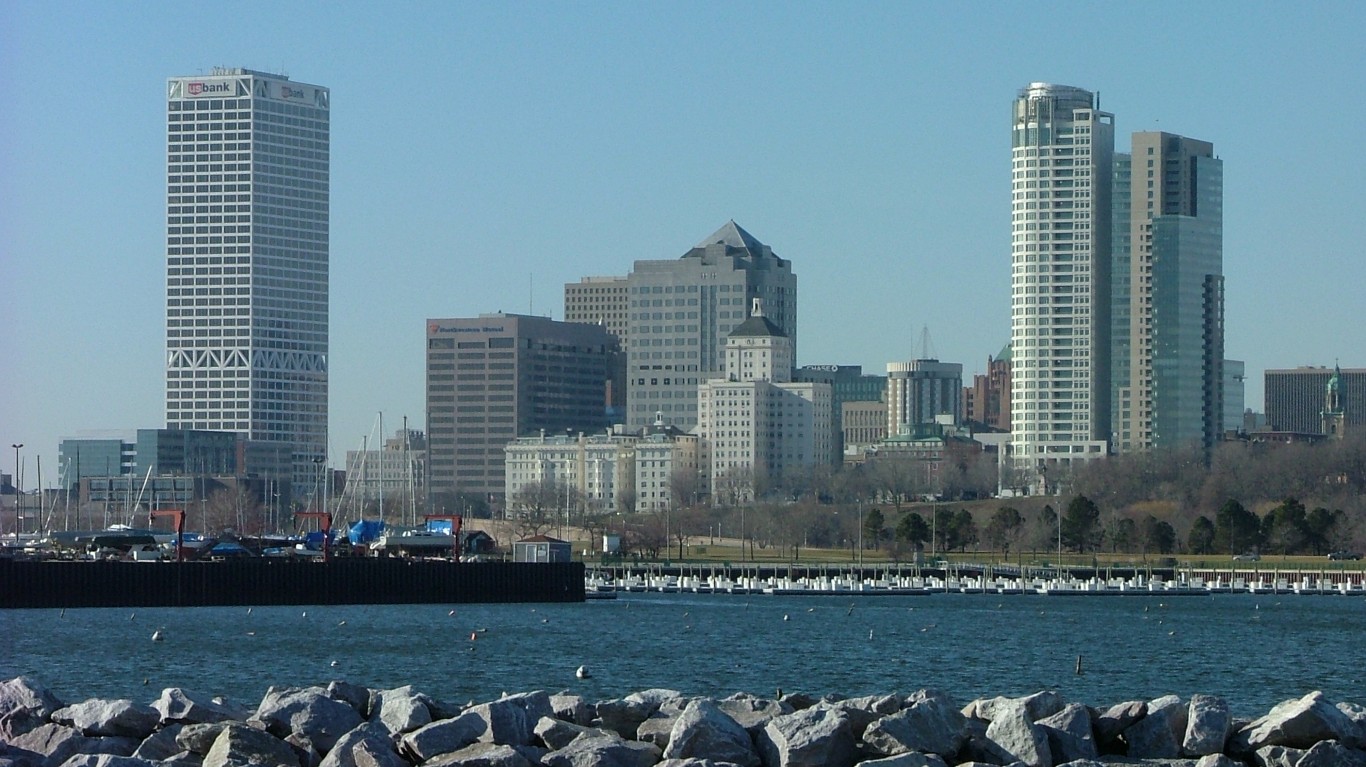 Milwaukee, Wisconsin’s largest city, has a lot going for it: a stunning shoreline on the banks of Lake Michigan, as well as several universities and Fortune 500 companies. Yet, last year it recorded a violent crime rate of 1,597 per 100,000, seventh highest among U.S. cities. Homicides declined from 141 in 2016 to 118 in 2017. last year from The Milwaukee Police Department noted they are focusing on a two-mile section, where most of Milwaukee’s violent crimes occur, to bring down the numbers. 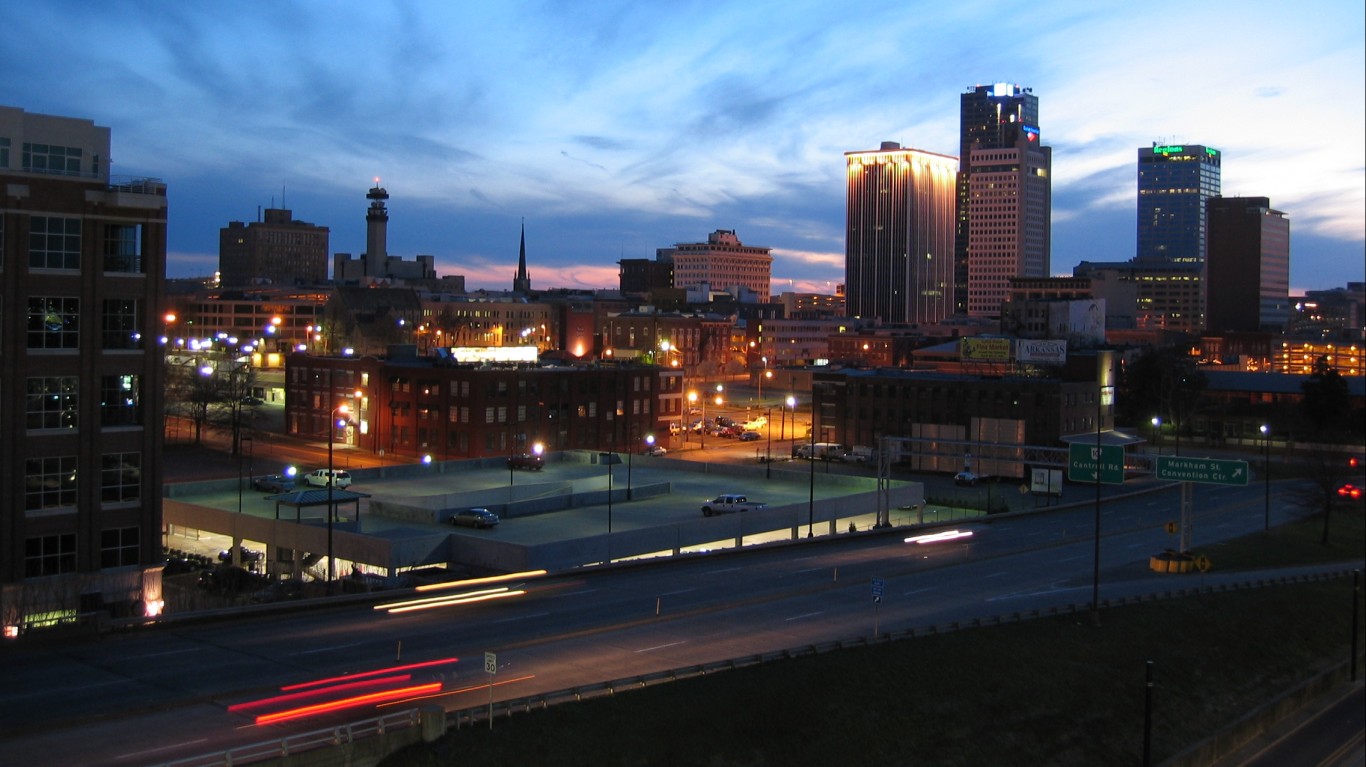 In Little Rock, Arkansas’s capital and largest city, 1,634 crimes per 100,000 people and 55 murders were reported in 2017. Arkansas.com reported that criminal offenses rose 1.1% between 2016 and 2017, which the police linked in part to rival gang activity. In addition to having one of the highest violent crime rates, Little Rock’s property crimes are also a serious issue. The city had 6,932 property crimes in 2017, almost three times the U.S. property crime rate and the fifth highest rate among major U.S. cities.