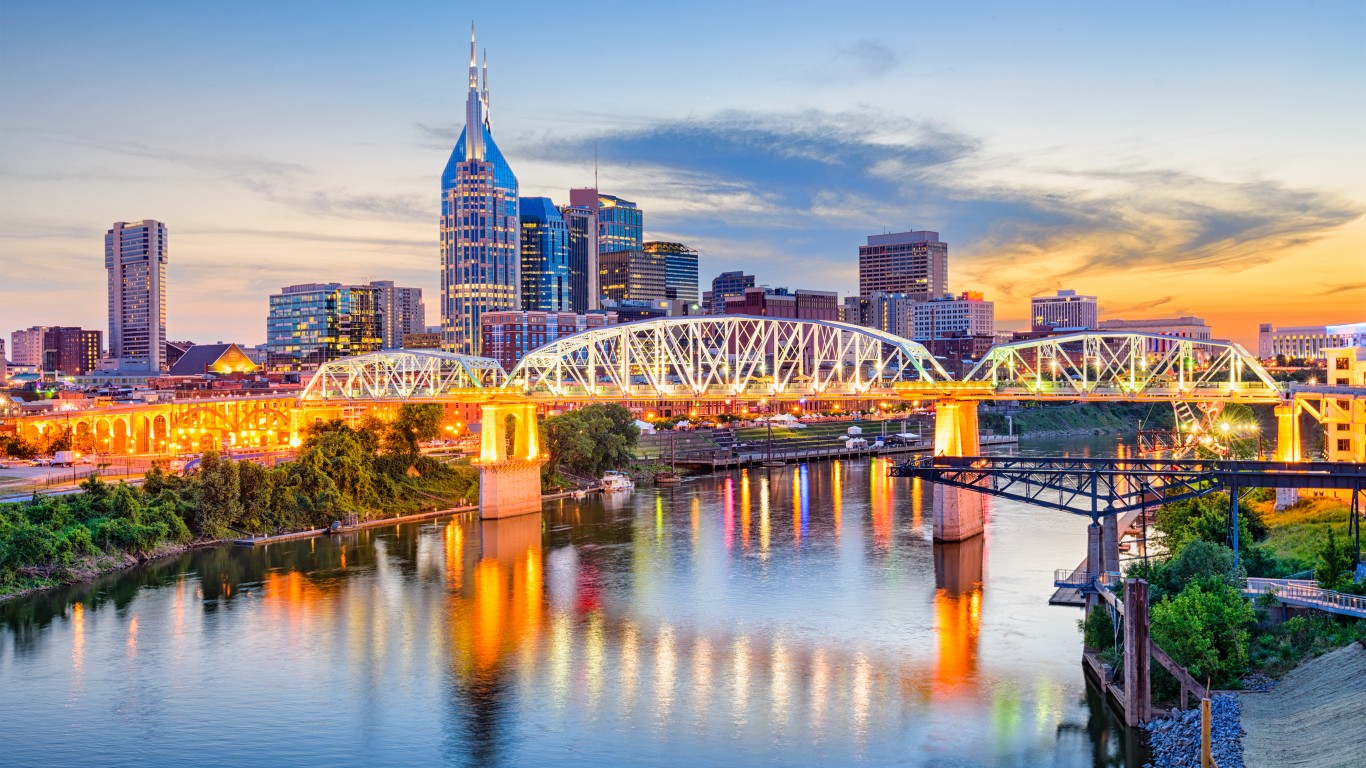 Tennessee is better run than the vast majority of southern states. While many states are running into a pension crisis, Tennessee has funding for 94.1% of its pension obligations, more than all states other than South Dakota and Wisconsin. Fiscally well managed, Tennessee has a perfect credit rating and stable outlook from Moody’s. The state also spends 41.3% of its annual budget on public welfare, the largest share of any state.

The job market in Tennessee is relatively strong. Tennessee’s population has grown faster than most states in recent years, and its job market has been able to accommodate the extra members of the labor force. The state’s annual unemployment rate was 3.7% in 2017, well below the 4.4% annual national rate.

By far the most populous state in the country, California’s annual budget tops $276 billion. More than a third of that money goes to public welfare, a larger share than in all but three other states. California’s economy is also the largest in the nation — and growing fast. California’s GDP grew by 3.0% in the last year, more than the vast majority of states and far outpacing the 2.2% national GDP growth.

While California has a lot going for it, it also has some weaknesses. For example, the state’s violent crime rate of 449 incidents per 100,000 people is higher than most states, and its 4.8% annual unemployment rate is higher than the comparable 4.4% national rate. 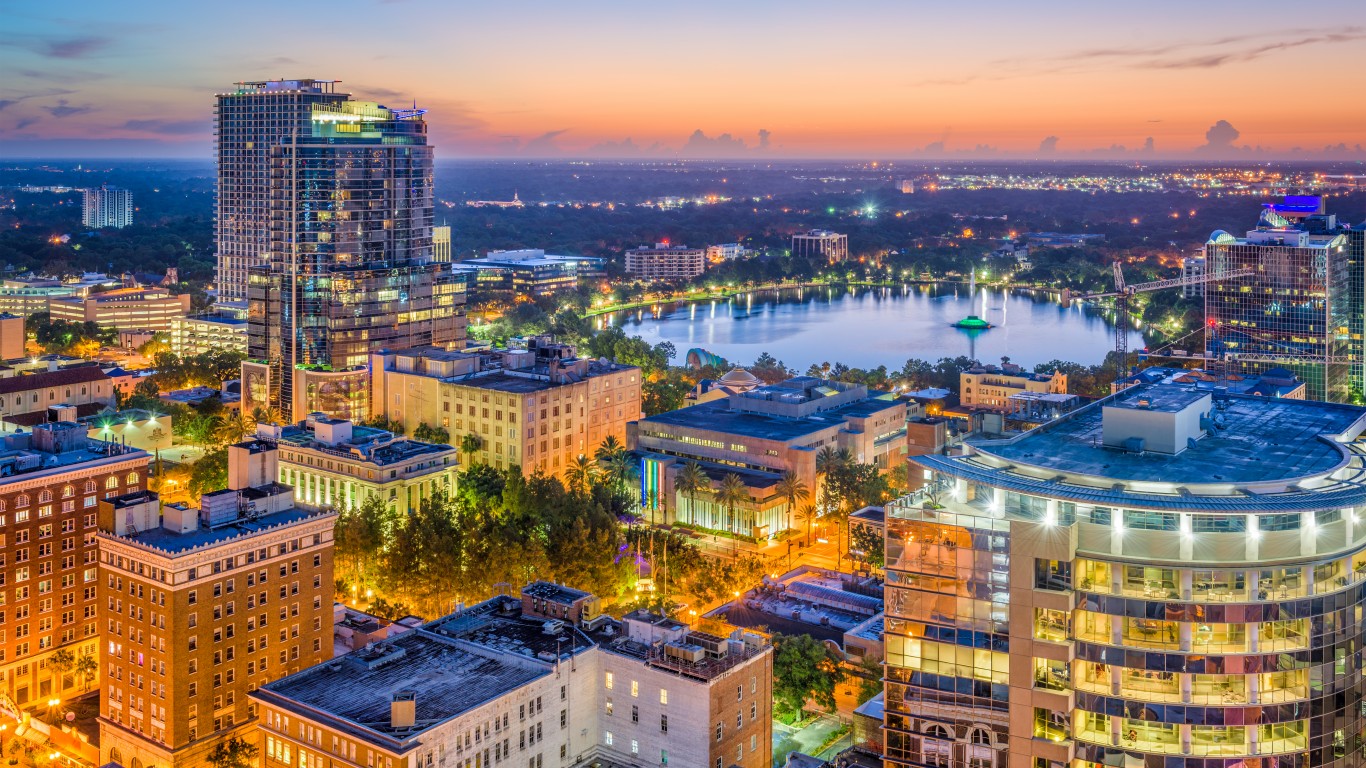 People are moving to Florida at a far faster pace than most other states. From mid-2016 to mid-2017, 305,000 more people moved to Florida than left. The influx is helping drive up property values. The typical Florida home is worth 39.6% more today than in 2013, the third largest increase of any state.

In many ways, economic conditions in Florida align closely with the nation as a whole. For example, the state’s 4.2% 2017 unemployment rate is only slightly lower than the 4.4% national rate. Similarly, Florida’s 2.2% 2017 GDP growth is exactly in line with U.S. economic growth.

Georgia’s economy is one of the fastest growing in the country. The state’s 3.1% GDP growth in 2017 was the fourth strongest among states. Georgia also has a lower debt-to-revenue ratio than most states and more of its pension obligations are funded than is typical among states. The state also has a perfect credit rating and stable outlook from Moody’s. 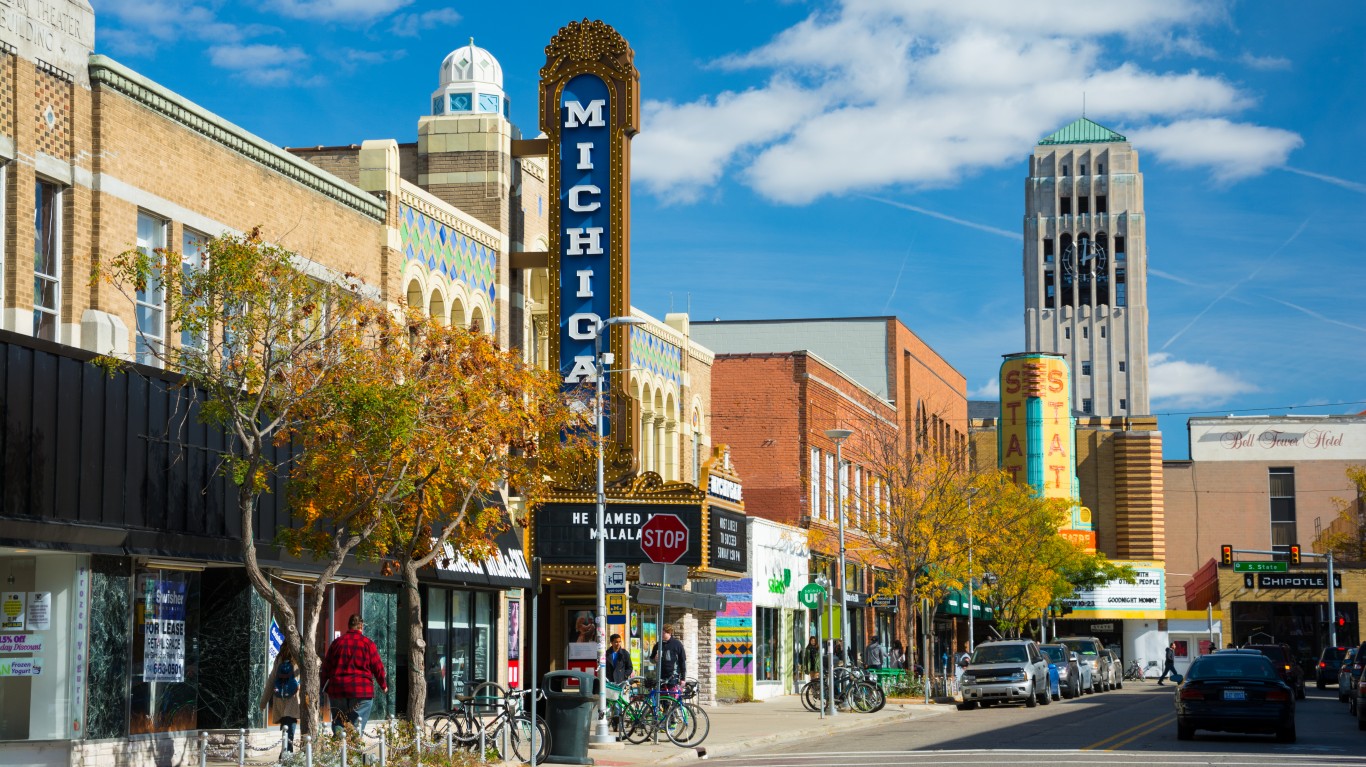 Michigan’s economic growth of 2.2% last year was in line with the national GDP growth rate. Michigan also closely matches the average across states in its ability to pay out pensions for state workers. Michigan has funding for 64.0% of its total pension obligations, compared to the 65.9% average funding across all states.

Michigan’s job market does not compare favorably to that of most other states. In 2017, 4.6% of the Michigan workforce was unemployed, slightly higher than the 4.4% national annual unemployment rate.