Oregon climbed up in rank from fourth best-run state last year to best-run state this year. The West Coast state is also one of the fastest growing by population, adding a net total of about 46,000 residents from migration alone from mid-2016 to mid-2017. The influx has likely contributed to rising home values and increased economic activity, and has added extra tax revenue to the state’s budget.

Oregon’s median home value climbed by 11.2% from 2016 to 2017, the largest increase of any state. Over the same period, the state’s economy expanded by 3.6%, more than all but two other states and far faster than the comparable national GDP growth rate of 2.2%. Oregon’s budget reserves amount to 12.3% of the state’s annual expenditures, and the state has enough money to fund 80.5% of its pension benefits obligations — each larger than the corresponding national shares. 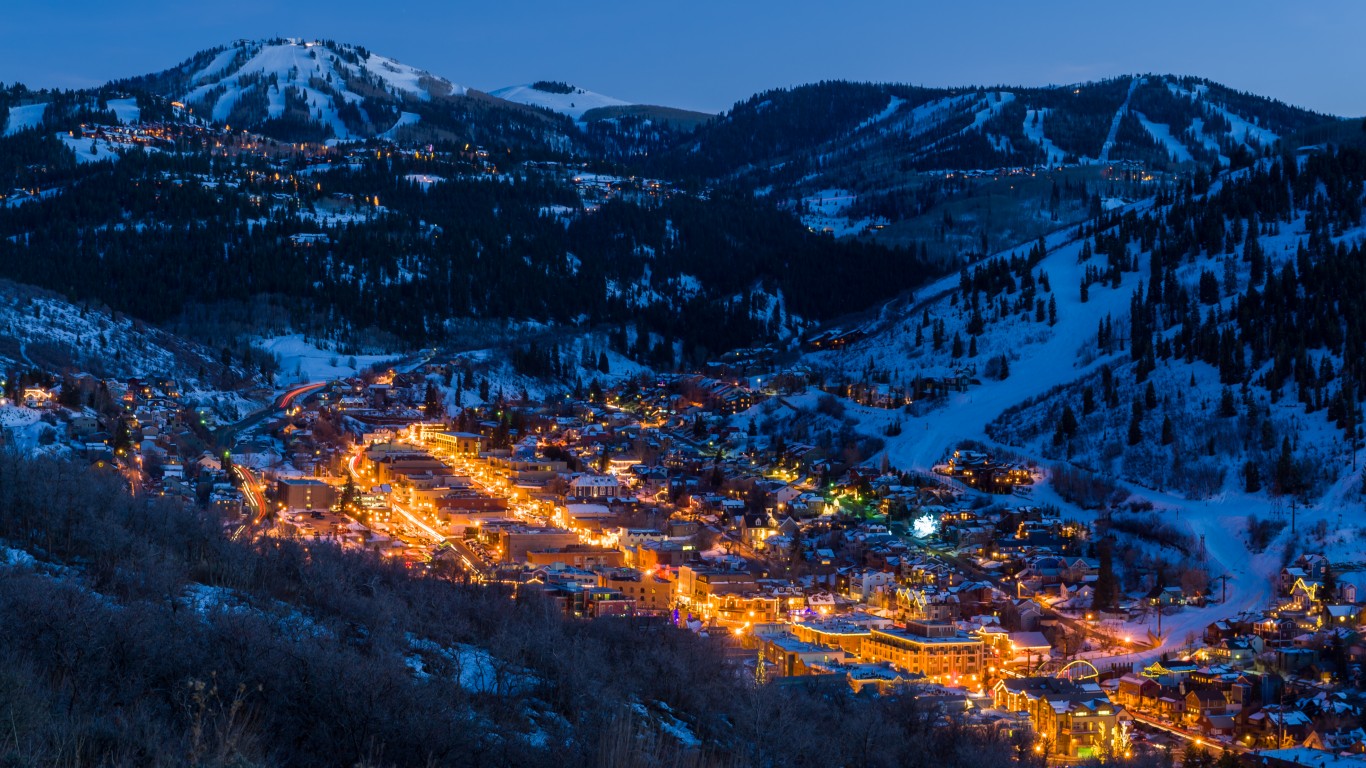 Utah ranks as the second best-run state for the second year in a row, and in the top 10 best-run states for the the ninth year in a row. Like several other western states, Utah’s population is growing relatively rapidly — and so is its workforce. From 2013 to 2017, the number of people working or looking for work in Utah increased by 11.0%, more than any other state over that time period. The state’s job market has absorbed the influx handily. Just 3.2% of workers in the state were unemployed in 2017, a far smaller share than the 4.4% national unemployment rate.

Utah also gets high marks for its budgeting and fiscal prudence. The state has a far larger than typical share of its pension obligations funded, and it is one of only 14 states with a perfect credit rating and outlook from Moody’s.

Much like Oregon, its neighbor to the south, Washington’s population is booming. In the last year alone, 90,600 more people moved to the state than left. And just like in Oregon, the influx has likely bolstered home values and helped boost the economy. Over the last year alone, the typical home in the state appreciated in value by 10.6% — well above the 6.1% increase nationwide. That same year, Washington reported a nation-leading 4.7% GDP growth, more than double the 2.2% U.S. GDP growth.

Like other well-managed states, Washington is well-positioned to pay out pensions of government workers. Currently, the state has funds to cover 84.0% of its pension obligations, a far larger share than most states. 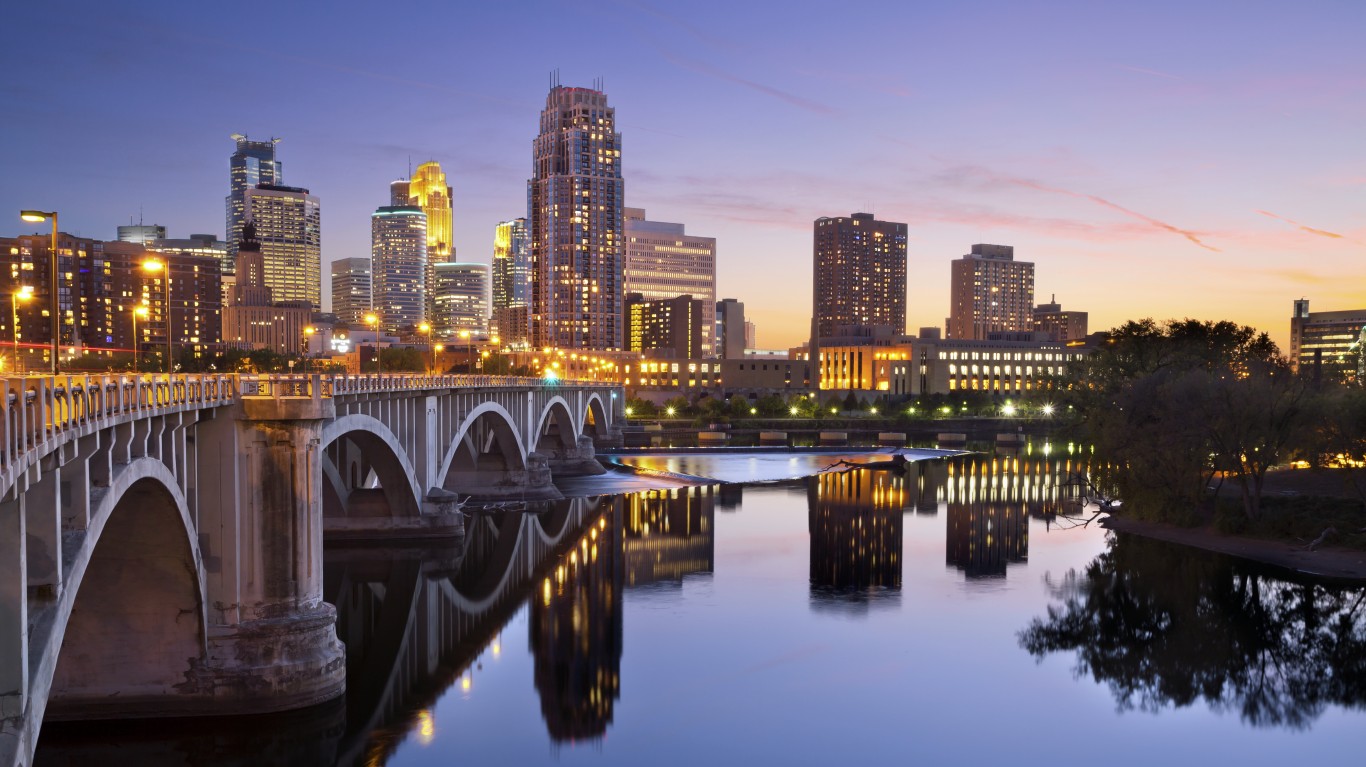 Minnesota allocates more of its budget to education than most states. Investment in the state’s school system appears to be paying off, as 93.1% of adult residents have a high school diploma, the largest share in the country. A high school education is a prerequisite for most jobs, and the high educational attainment in the state may partially explain the low unemployment rate. Just 3.5% of the state’s labor force was jobless in 2017, well below the 4.4% national unemployment rate.

A larger than typical share of the state’s annual budget is allocated to police and law enforcement — and Minnesota is one of the safest states in the country. There were just 238 violent crimes for every 100,000 state residents in 2017, well below the national violent crime rate of 383 per 100,000 that year. 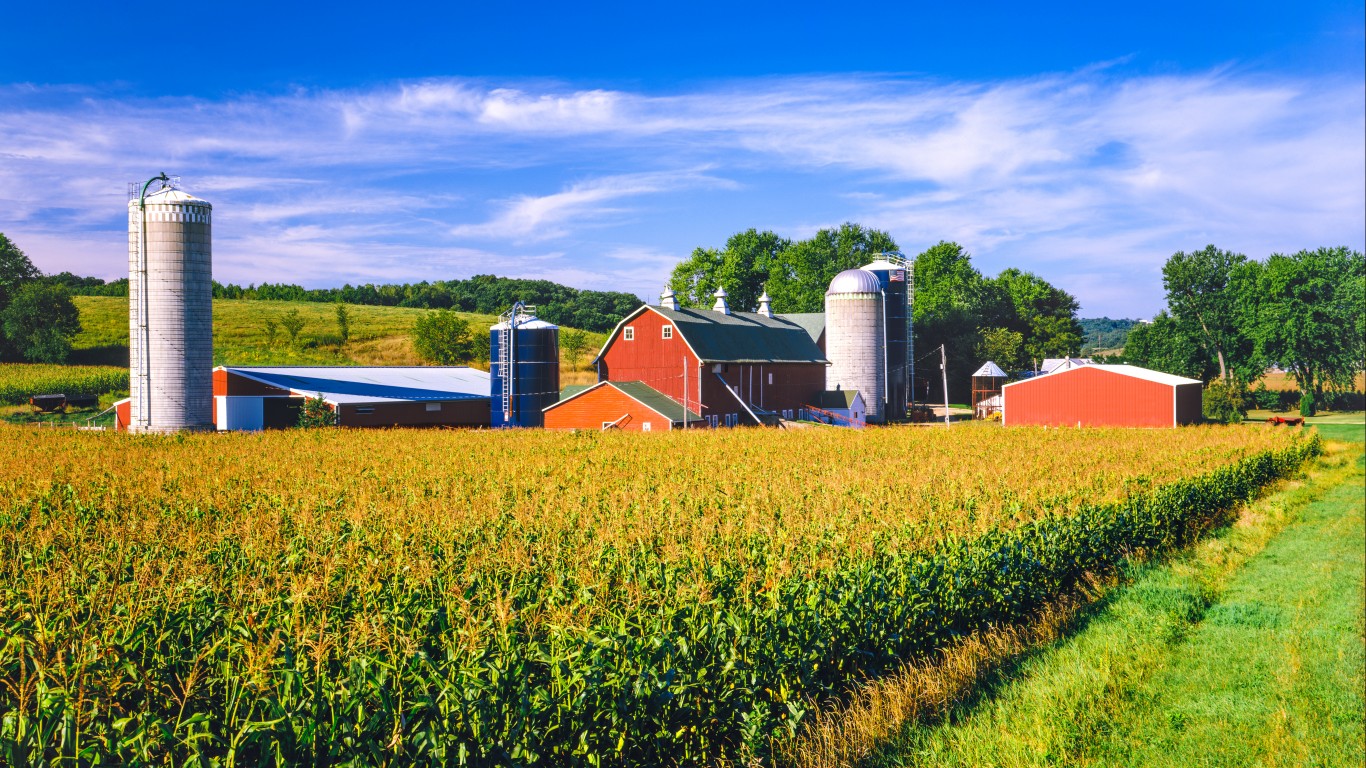 Iowa is a fiscally well-managed state with a relatively well-balanced budget. The state’s debt load amounts to only about a quarter of its revenue, one of the smallest shares of any state. Additionally, about 82% of the state’s pension obligations are funded, compared to the 66% average across all states. Iowa is one of only 14 states with a perfect credit rating and outlook from Moody’s.

Iowa also receives high marks for its job market. Just 3.1% of workers in the state were unemployed in 2017, well below the 4.4% national annual unemployment rate.