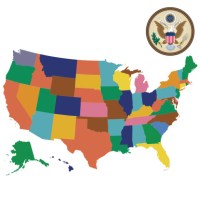 Source: Thinkstcok
How well run is your state? Assessing a state’s management quality is hardly easy. The current economic climate and standard of living in any given state are not only the results of policy choices and developments that occurred in the last few years, but can also be affected by decisions made decades ago, and by forces outside a state’s control.

Each year, 24/7 Wall St. attempts to answer this question by surveying various aspects of each state. To determine how well states are managed, we examine key financial ratios, as well as social and economic outcomes. This year, North Dakota is the best-run state in the country for the third consecutive year, while Illinois replaced California as the worst-run state.

Read: The Best and Worst Run States in America

Selecting appropriate criteria to compare the 50 states is difficult because there is so much variation among the states. As a result, policy decisions that may work in one state might not work in another. Some states are rich in natural resources, while others rely on high-skilled sectors such as technology and business services. Some depend disproportionately on one industry, while others’ economies are more balanced. Further, some states are more rural, while others are highly urbanized and densely populated.

This year, a number of the best-run states again benefit from an abundance of natural resources. North Dakota, Wyoming, Alaska, and Texas are among the top 10 best-run states, and in all four, the mining industry — which includes fossil fuel extraction — is a major contributor to state GDP. Due in large part to the mining sector, North Dakota and Wyoming led the nation in real GDP growth in 2013. And Alaska has utilized its oil wealth to build massive state reserves and to pay its residents an annual dividend.

Although less than in years past, the lingering effects of the housing crisis still have a negative impact on several of the worst-run states. In five of the 10 worst-run states — Arizona, Georgia, Illinois, New Jersey, and Rhode Island — home values declined by 10% or more between 2009 and 2013. Worse still, in states such as Arizona and Rhode Island, the housing market remains well below its peak, reached just before the start of the recent recession.

How Would You Improve Your State? in 24/7 Wall St.'s Polls on LockerDome

While some states’ economic fortunes are closely tied to the rise and fall of individual industries, which are often outside their control, each state must make the best of its own situation. Governments, as stewards of their own economies, need to prepare for the worst, including the collapse of a vital industry. Good governance is about balancing tax collection and state expenditure in a way that provides essential services to residents without sacrificing a state’s long-term fiscal health. Many of the best-run states in the country set money aside each year for emergencies. Should the Alaskan economy run into trouble, the state has enough money in reserve to match more than 21 months of general fund spending.

The scale and complexity of state institutions often make addressing problems at the state level extremely difficult. As a result, our list of the best- and worst-run states tends to remain largely unchanged from one year to the next.

There were a few states that made remarkable improvements, however. California, Colorado, Florida, and Hawaii all moved up by at least 10 positions on our ranking. Improvements in important factors, such as GDP growth and home value increases, contributed to improved rankings in a number of these states.

Some of the changes in rankings can be attributed to states’ GDP per capita levels and labor force growth, both of which were incorporated in our analysis for the first time this year. For example, California’s GDP per capita of $53,497 in 2013, 12th highest in the nation, helped it move up on this list. Also, Florida’s ranking was bolstered by a 3.8% increase in the labor force between 2009 and 2013, the fourth highest.

To determine how well each state is run, 24/7 Wall St. examined data from numerous sources. From the U.S. Census Bureau, we looked at each state’s finances for the 2012 fiscal year, including revenue, tax collection, pension funding, debt, and expenditure. In order to identify how each state’s economy was performing, we reviewed data on unemployment rates, exports, and GDP. We looked at poverty, educational attainment, violent crime rates, and foreclosures to assess social outcomes and residents’ well-being.

While each state is different, states at both ends of the list share certain characteristics. For example, people living in the worst-run states were apt to have lower standards of living. Violent crime rates were typically higher in these states, and the share of the population in poverty or with at least a high school diploma was lower than the national rate.

These are the best- and worst-run states in America.