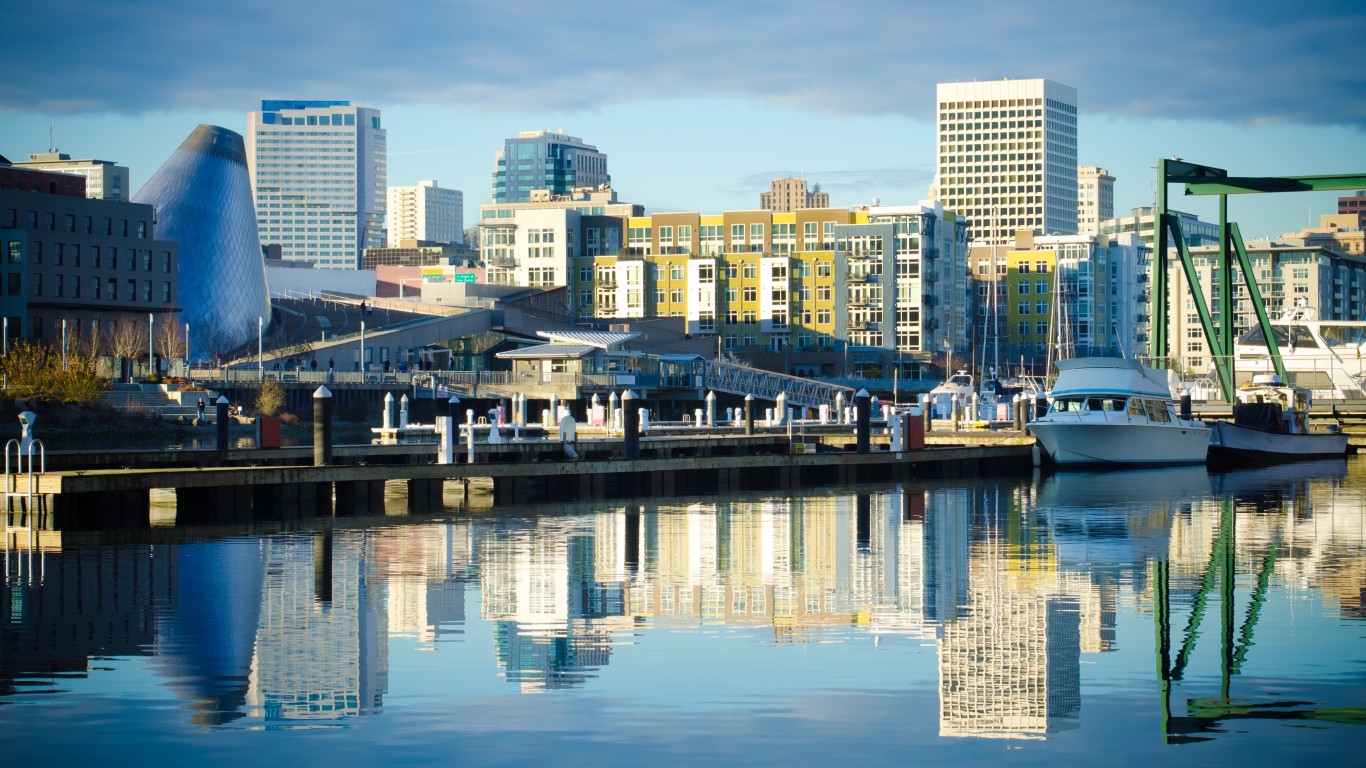 Over 90,000 more people moved to Washington state than left between 2016 and 2017, and there were 34,000 more births than deaths in the state over the same period. Washington’s growing population has brought more job seekers to an already strained labor market. The state’s annual unemployment rate stands at 4.8%, well above the 4.4% national unemployment rate in 2017. 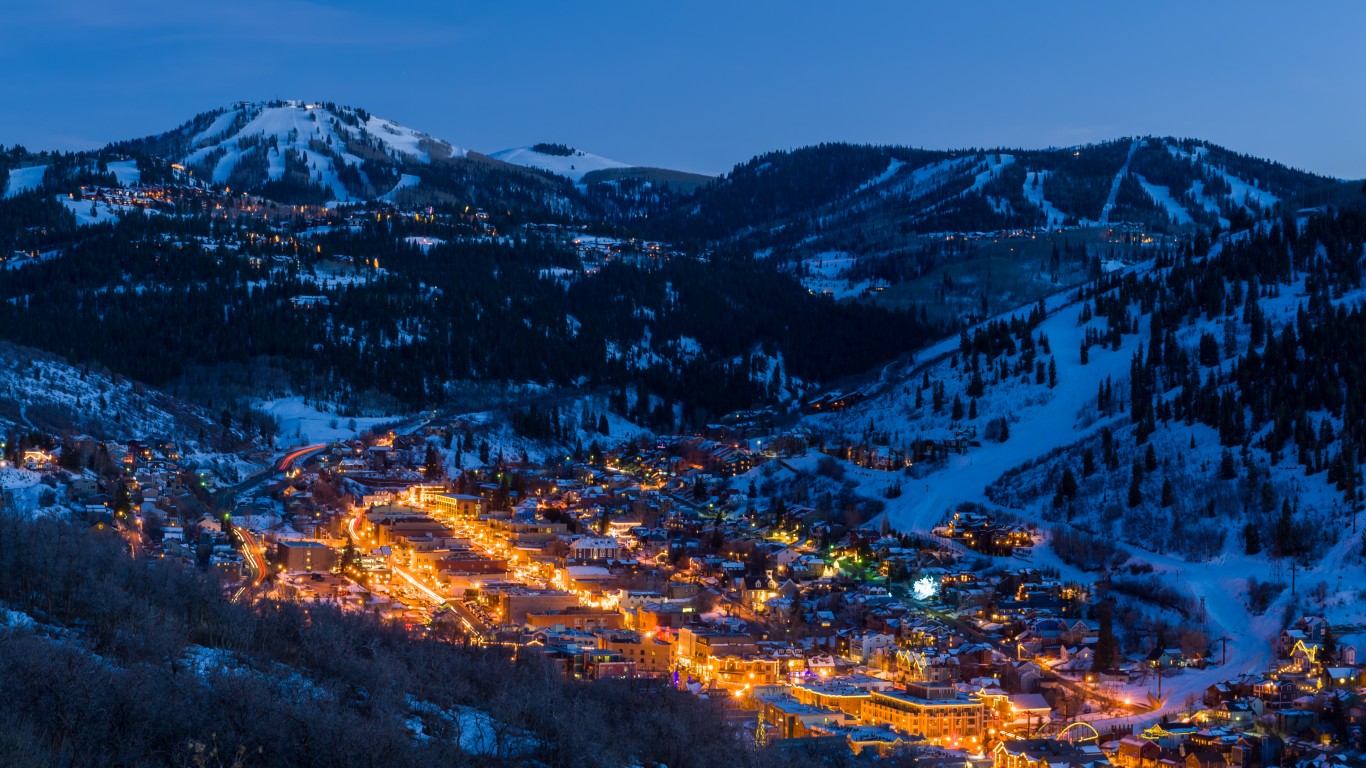 Unlike nearly every other rapidly growing state, a high rate of births versus deaths accounted for the majority of population growth in Utah between mid-2016 and mid-2017. Last year, Utah had the highest birth rate and the fewest deaths per capita of any state.

The state’s higher-than-average natural growth rate is partially attributable to its large Mormon population. Nearly 62% of Utah residents identify as Mormon, and according to a study conducted by the Pew Research Center, Mormons have more children than Americans of any other religious group. Mormon adults have an average of 3.4 children compared to 2.2 children among all Christians and 2.1 children among all American adults. 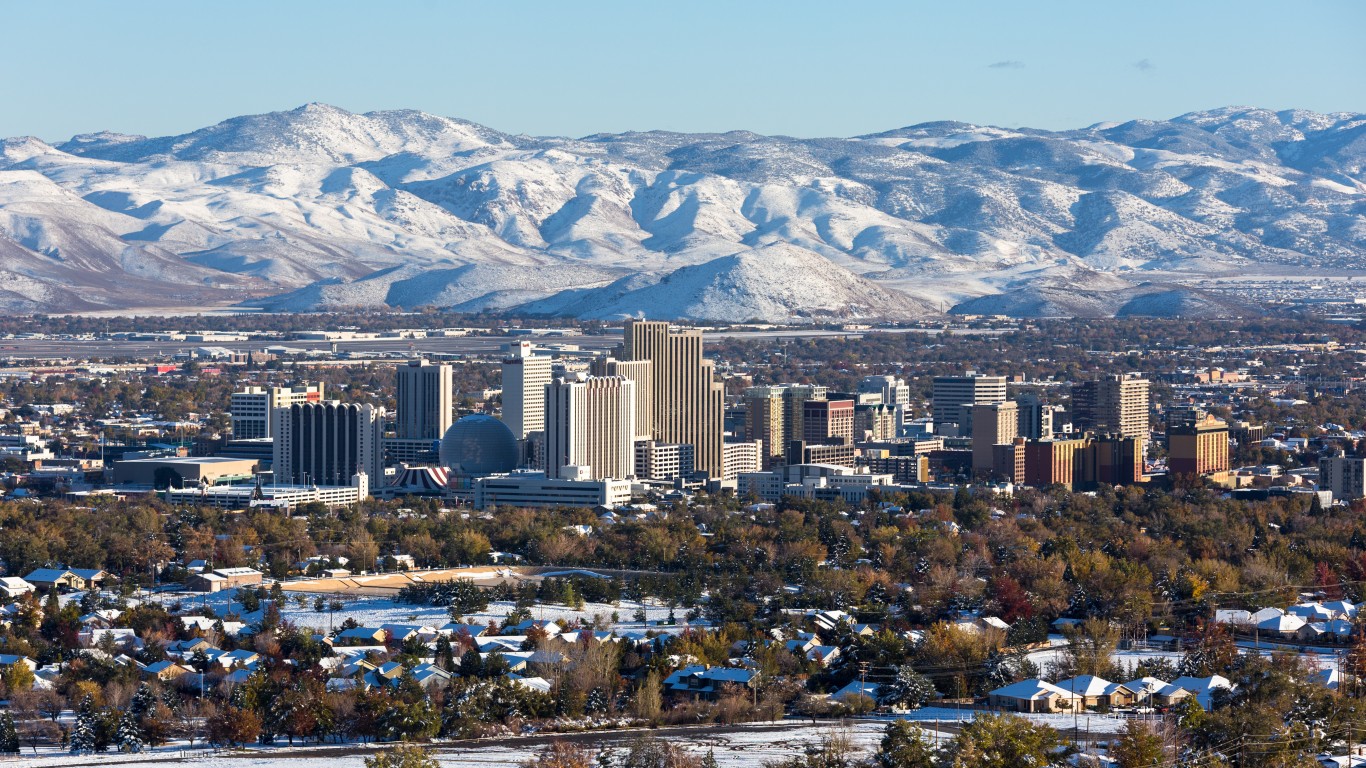 Nevada’s population grew by 2% from mid-2016 to mid-2017, the largest increase of any state after Idaho. About 46,000 more people moved to Nevada than left in that period, accounting for nearly 80% of the state’s total population growth. A growing population means a growing demand for housing, and between 2016 and 2017, real estate rental and leasing was the fastest growing industry in the state by total economic output.

The growing population has also led to rising home prices. However, because Nevada was one of the states hardest hit by the housing market collapse, the state’s median home value of $258,200 remains below the pre-recession median value of $311,300. 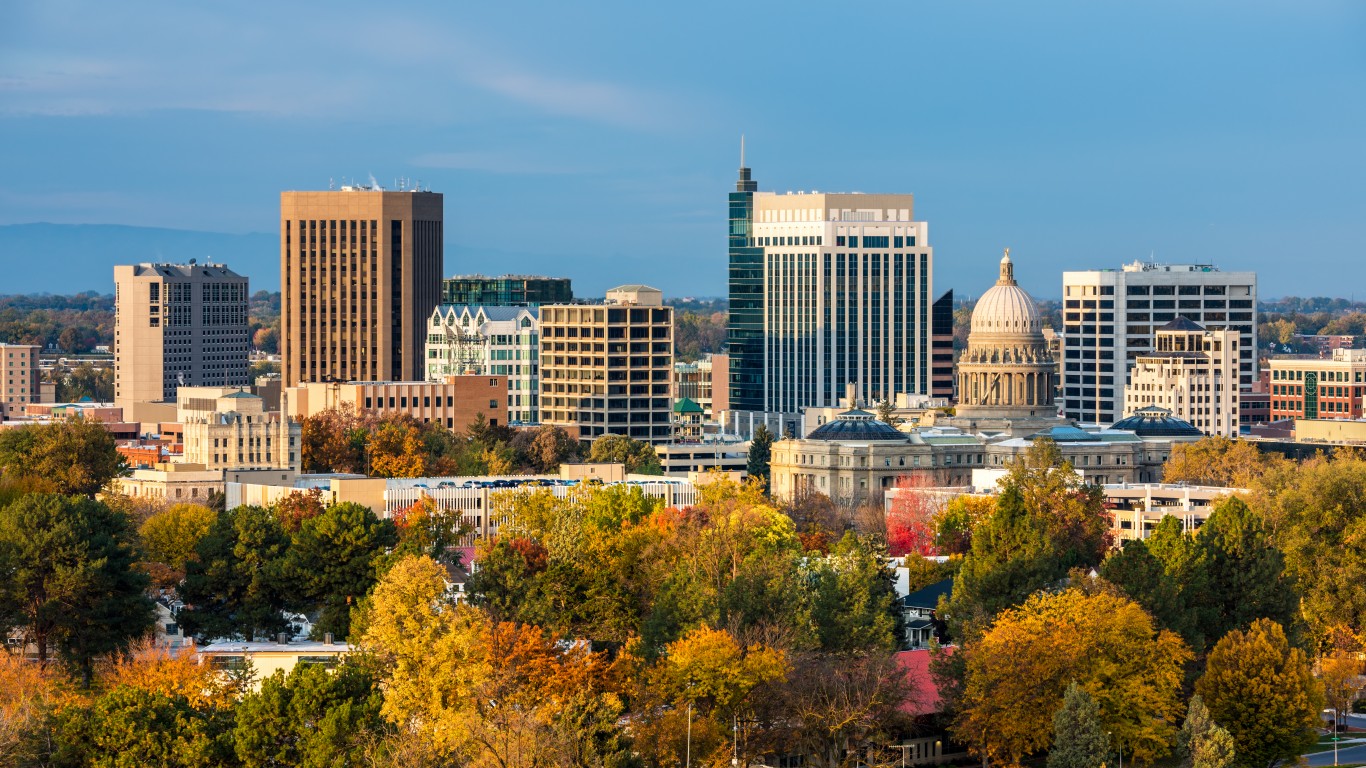 Idaho’s population is booming. In the past year, the state’s population grew by a nation-leading 2.2%. The vast majority of the 37,000 new residents moved there from different states. Several factors are drawing Americans to the state. For one, Idaho is relatively affordable. Goods and services are 7% less expensive in the state than the they are nationwide on average — a lower cost of living than in any of the six states Idaho borders.

People are also increasingly drawn to the state capital of Boise, which has a growing tech sector. Overall, the state’s job market is strong with an annual unemployment rate of just 3.2% — well below the 4.4% national rate in 2017.