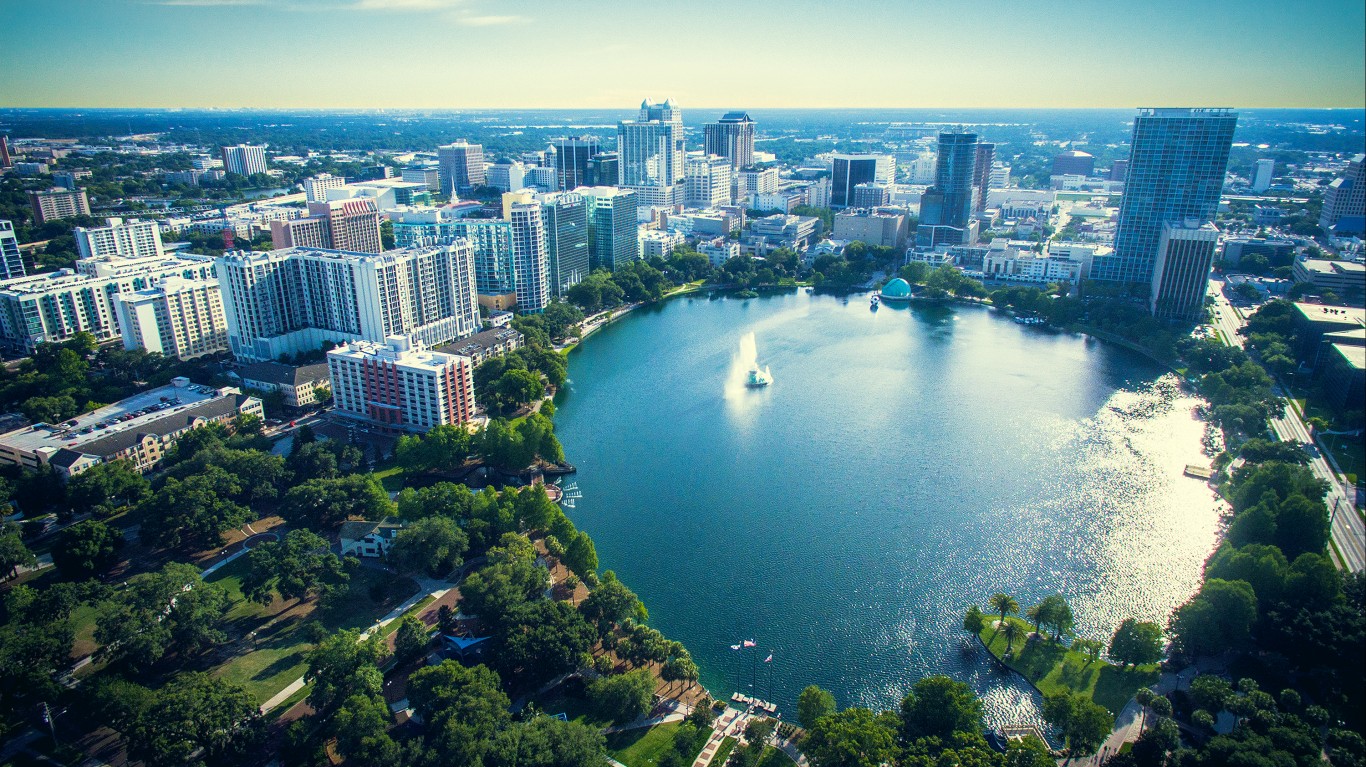 A person born in Florida in 2015 is expected to live 79.6 years, a full year longer than the average American newborn that year and the 15th highest life expectancy of all states. The state has also had one of the larger improvements in life expectancy, increasing by 5.6 years since 1980.

While socioeconomic factors like health insurance coverage rates and median household income frequently help explain differences in life expectancy, this is not always the case. In Florida, 12.9% of people are uninsured, unusually high for a state with a relatively long life expectancy at birth. Florida’s median annual household income of $52,594 is also exceptionally low for the state’s position in this ranking. The state’s low income is likely high due to the high share of retirees residing in the state. 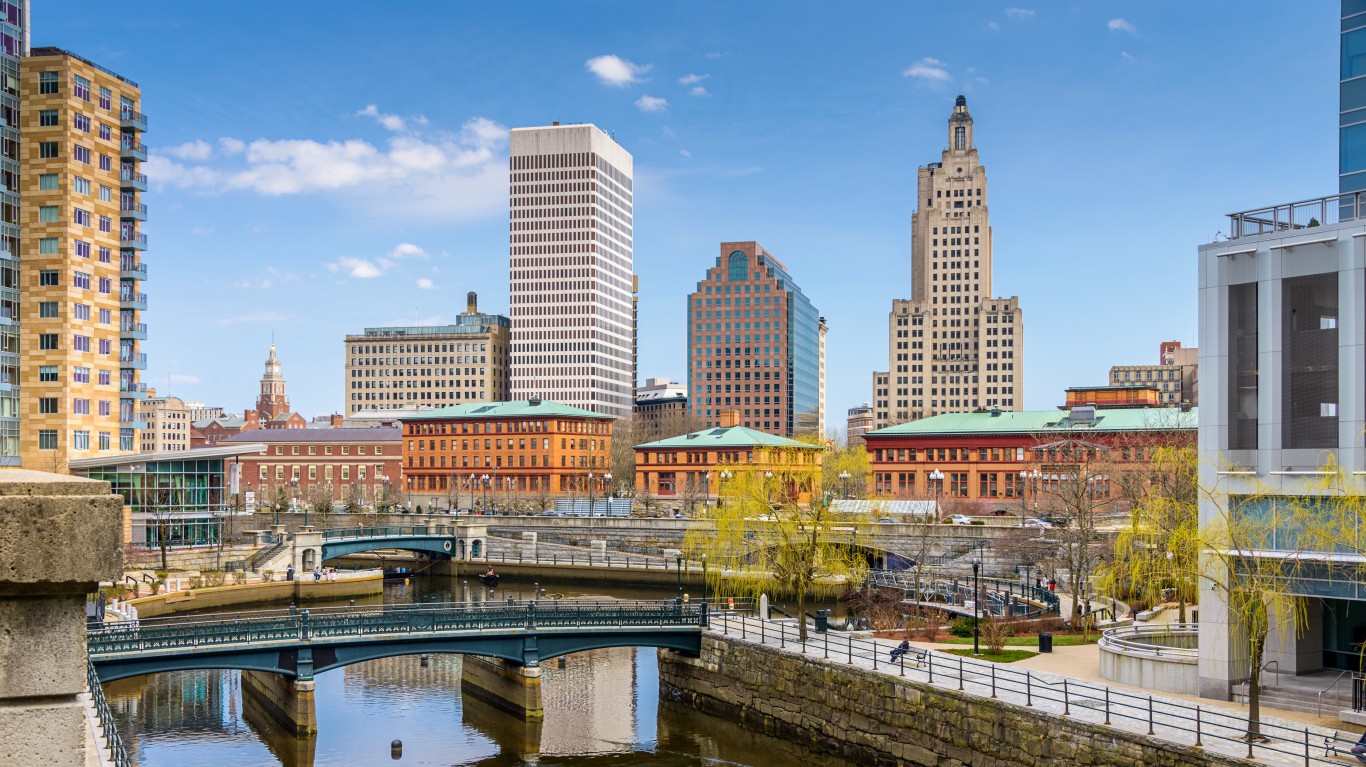 See all stories featuring: Rhode Island
ALSO READ: Towns in Every State Where You May Not Get to the Hospital in Time 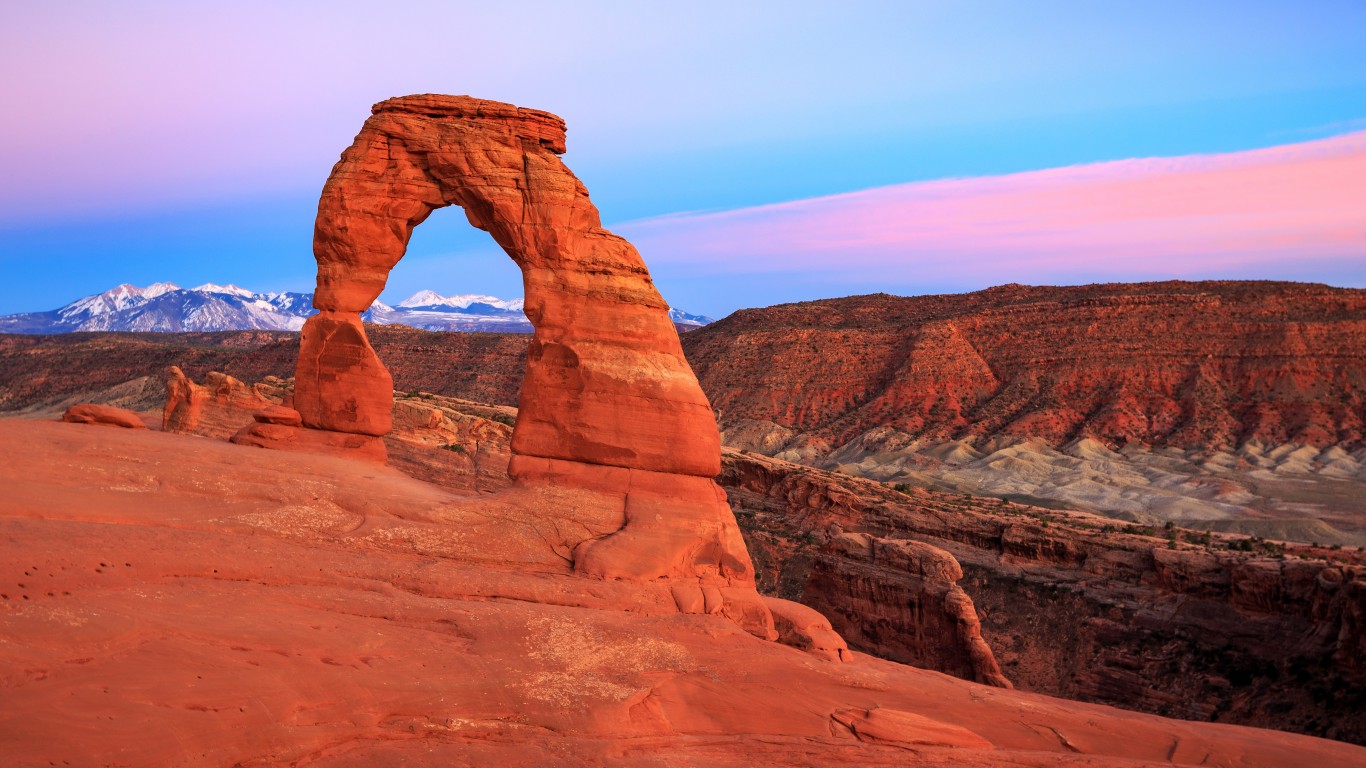 Despite declining in ranking for life expectancy of states since 1980, Utah has remained among the states with a higher life expectancy. Utah has a relatively low adult obesity and physical inactivity rates — with a number of national parks and monuments in the state it is hard to stay inside. These factors may explain why Utah is still in the top 15. What could be contributing to its decline in ranking however, is the state’s fairly large share of uninsured people, which at 9.2% is the 15th highest of all states. People with no health insurance coverage have worse access to health care due to high cost and are less likely to receive care. 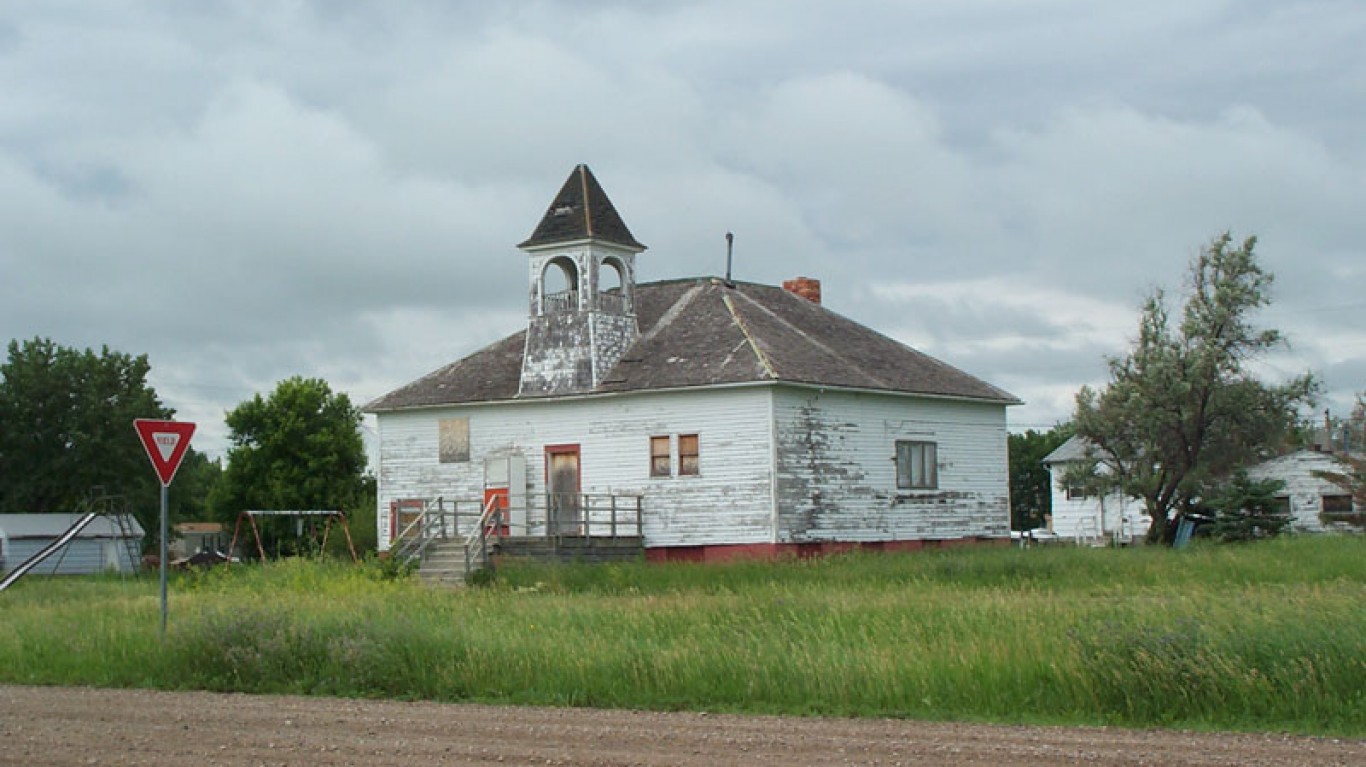 Despite still ranking among the 15 states with the highest life expectancy, South Dakota used to rank even higher. Several factors might be contributing to the Peace Garden State’s drop in ranking. Some 31.8% of state adults are obese, higher than the 28.0% nationwide, and the state has the second highest share of adults who report excessive drinking. Further, 48.1% of car accident deaths in the state involve alcohol, the highest share of all states. 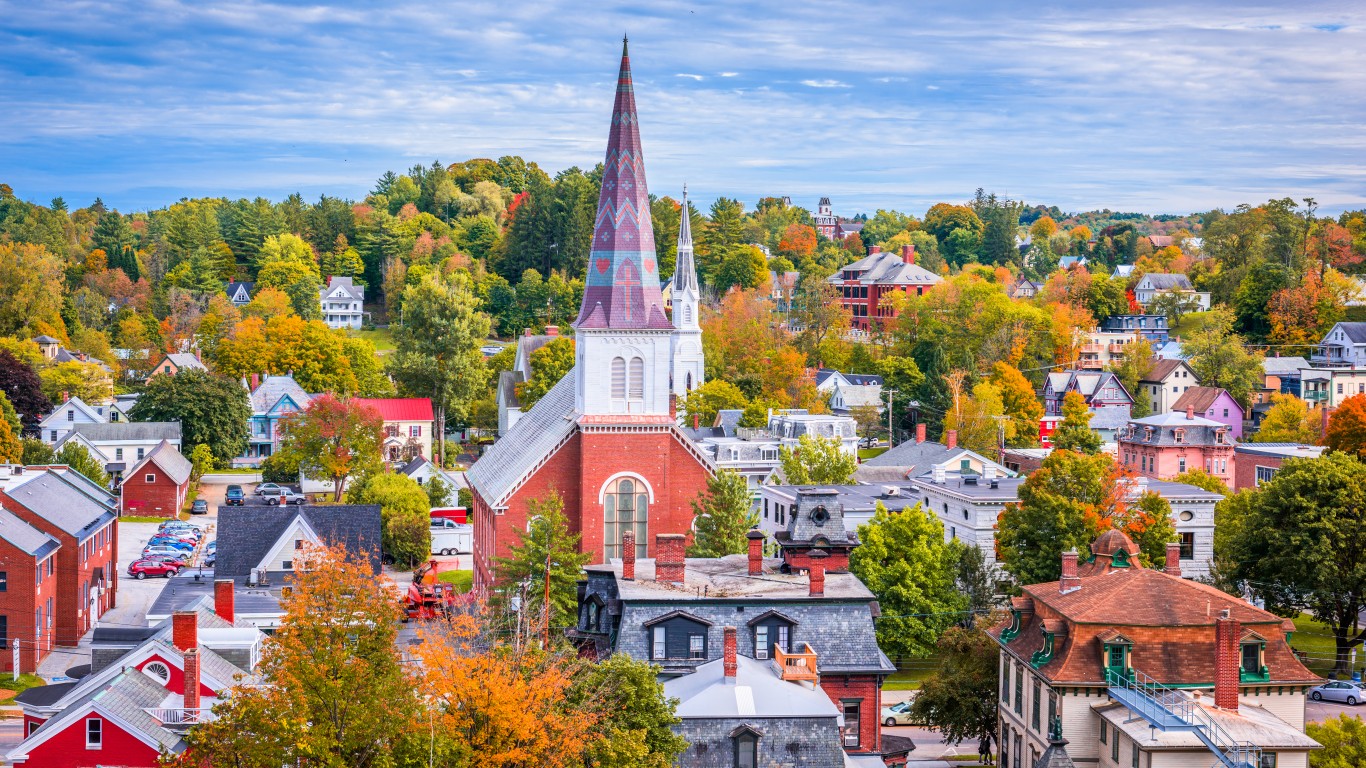 Good access to health services across a population often translates to better health outcomes because of the better odds of treating chronic health issues and of catching serious health problems early. No state has more primary care physicians per capita than Vermont, where for every 100,000 people there are 112.4 doctors serving communities. The concentration of mental health providers, at 407.2 per 100,000, is fourth highest of all states.

Vermont’s life expectancy at birth in 1980 was higher than most other states. Since then it has improved faster than most states, rising by 5.4 years.