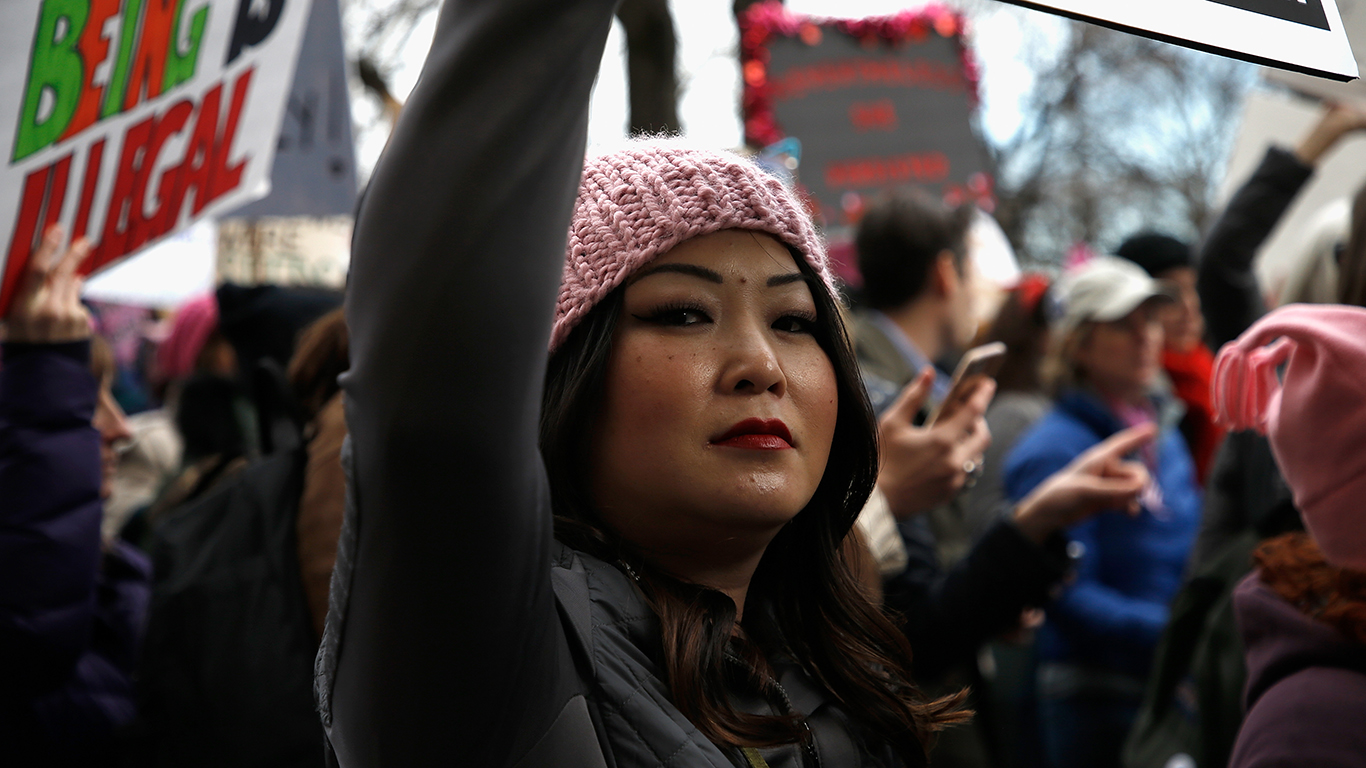 Source: John Lamparski / Getty Images
The United States is going through an unprecedented period of protests. Since the inauguration of Donald Trump as president in January 2017 — up to 15 million, which is more people have participated in demonstrations that any other time in the country’s history. Many of those expressing their discontent with public policy have been women.

Women have been using the power of the march to have their voices heard, make politicians listen and change legislation, as well as to change public opinion of their value in society.

Following the 19th amendment, which gave women the right to vote in 1920, there was a second wave of feminism in the late 1960s and 1970s, and with it more marches. This time, the goals included fighting female oppression, rallying for reproductive rights and preventing violence against women.

Since then, women have continued to fight to have their voices heard, particularly in the face of elected officials whose policies they see as a threat to women’s and reproductive rights.

In honor of National Women’s History Month celebrated in the United States every year, 24/7 Wall St. compiled a list of 10 women’s marches that have shaped the country over the last century.

Click here to read about the marches that have shaped America.