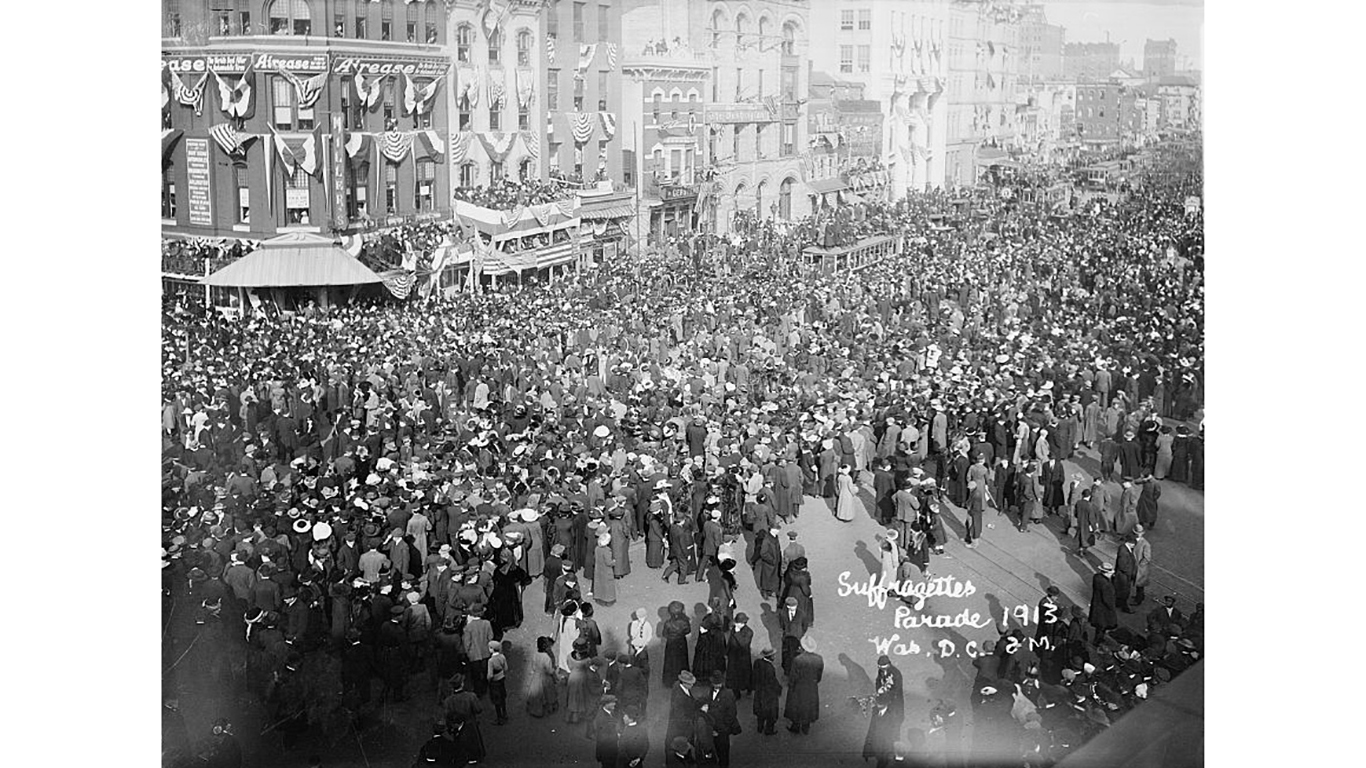 The movement for women’s right to vote began in the late 19th century, but the first major mass demonstration didn’t occur until 1911. On the eve of Woodrow Wilson’s inauguration up to 8,000 suffragists walked down Pennsylvania Avenue and past the White House, along with over 20 parade floats, nine bands, and four mounted brigades.

Led by the National American Woman Suffrage Association and Alice Paul, who was inspired by the British suffrage movement just a few years earlier, the protestors had a permit and the constitutional right to protest. Yet they faced a crowd that opposed suffrage and were physically attacked. That actually resulted in bigger support for the movement. Suffragist protests continued in the following years, leading to the 19th amendment, which gave women the right to vote and was ratified in 1920. 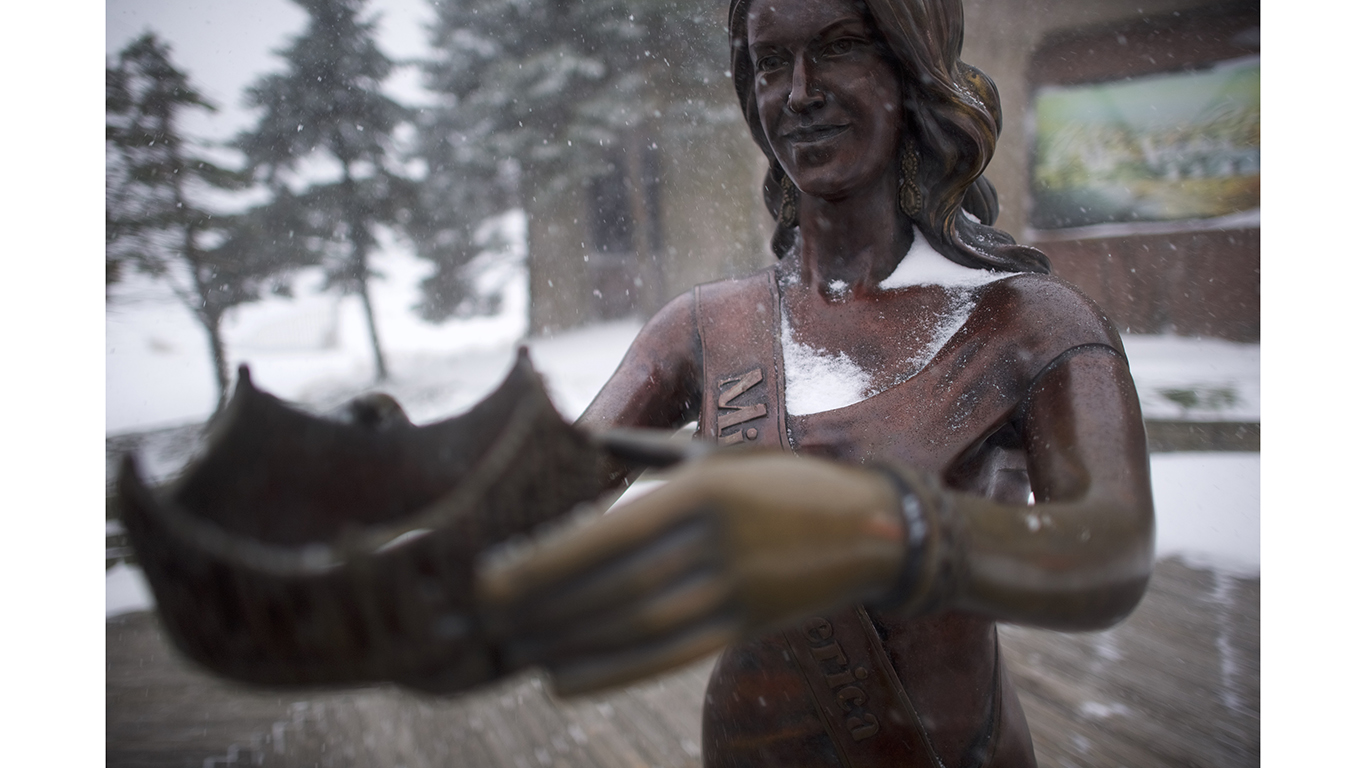 The Miss America Protest in September 1968 may not have changed a pageant that only just gave up its swimsuit competition last year, but it is largely credited with ushering in the second wave of feminism, following the suffrage movement of the late 19th and early 20th centuries. Started by radical feminist Carol Hanisch, a press release invited “women of every political persuasion” to “protest the image of Miss America, an image that oppresses women in every area in which it purports to represent us.” There was also opposition to the pageant’s racism for never having a black contestant or a “a true Miss America — an American Indian.”

A few hundred women protested on the Atlantic City boardwalk, just outside the pageant, with signs such as: “All Women Are Beautiful,” “Cattle parades are demeaning to human beings,” and “Can makeup hide the wounds of our oppression?” Protestors also performed skits on female oppression but, despite media reports at the time, they did not burn bras. A “freedom trash can” was provided for physical representations of women’s oppression, such as bras, false eyelashes, wigs and women’s magazines, but because of the wooden boardwalk, they couldn’t light anything on fire. 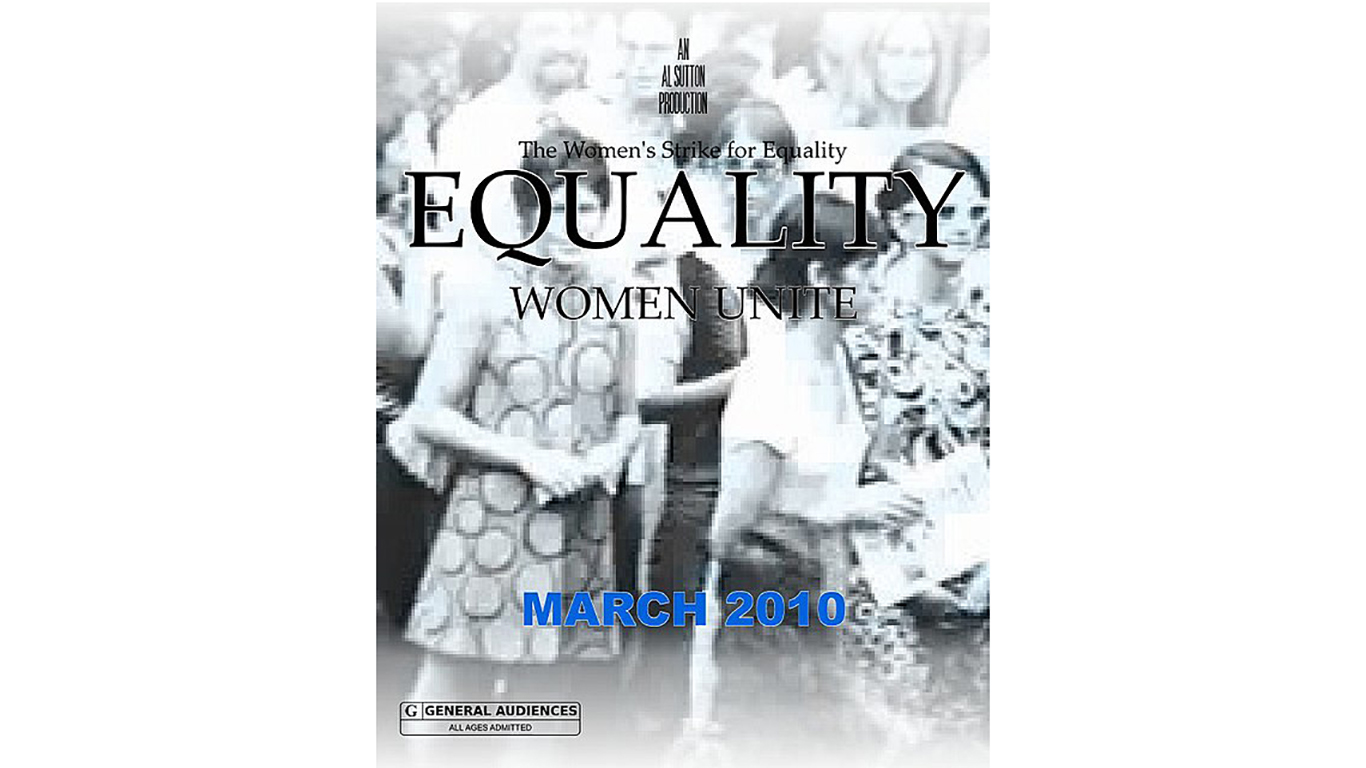 Organized by the the National Organization for Women (NOW), the nationwide Women’s Strike for Equality was held on August 26, 1970, on the 50th anniversary of women’s suffrage. Multiple marches took place throughout the country, totalling about 100,000 women. Demonstrations were held in 90 cities and 42 states, with 50,000 women protesting in New York City alone.

The nationwide protest focused on women’s rights, including workplace equality and reproductive rights. Protesters included Betty Friedan, author of “The Feminine Mystique.” The Women’s Strike for Equality march is also often described as her brainchild.