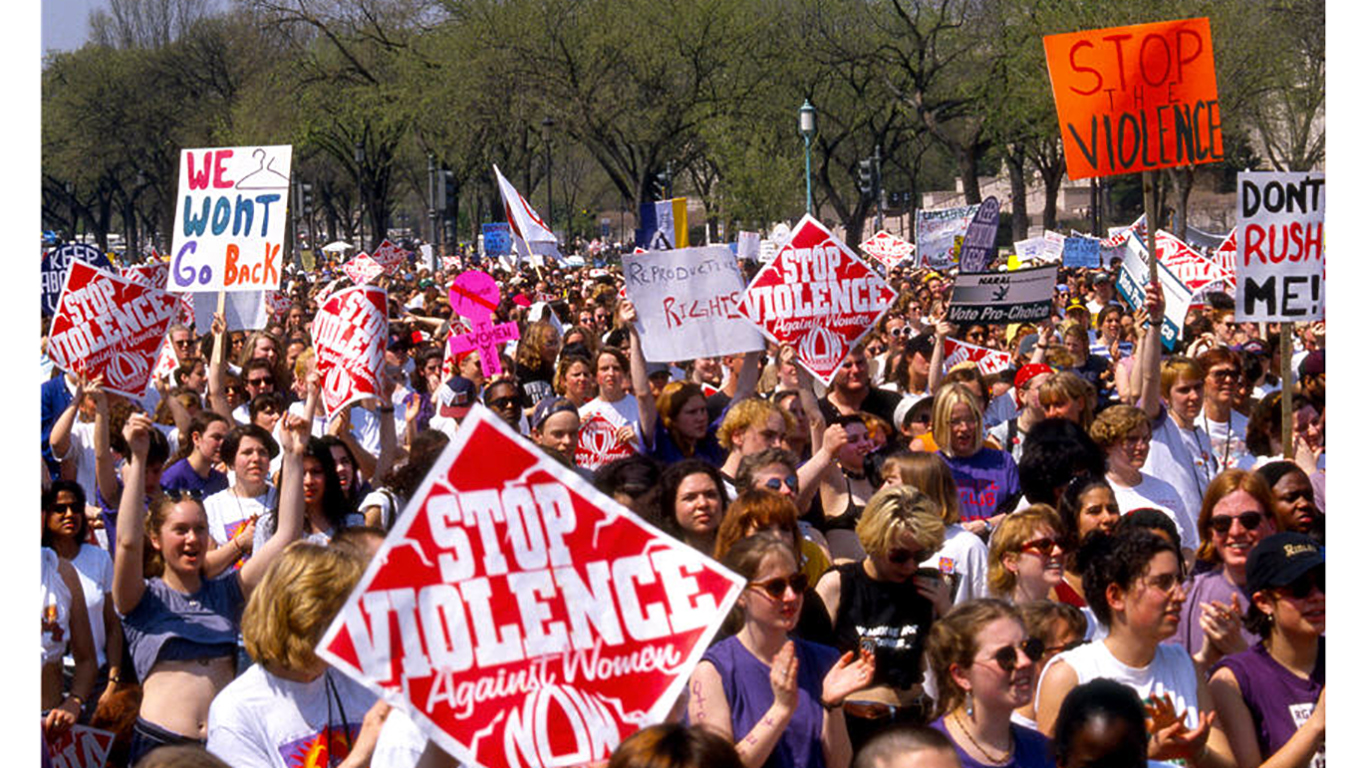 Described by the National Organization for Women (NOW) as “the first and largest mass action to stop violence against women,” the Rally for Women’s Lives was held in April 1995, and also aimed to influence a Republican-controlled Congress and set the political agenda for 1996, an election year. More than 200,000 people gathered on the National Mall for the rally, according to organizers.

The event was endorsed by a record 702 national and local groups, including abortion-rights supporters, labor unions, civil rights groups, gay and lesbian organizations, environmentalists and welfare recipients, and also coincided with the NOW Foundation’s Young Feminist Conference. The focus went beyond violence against women, and included such issues as welfare spending, abortion and affirmative action, and what Congress might do to restrict rights and reduce spending programs. 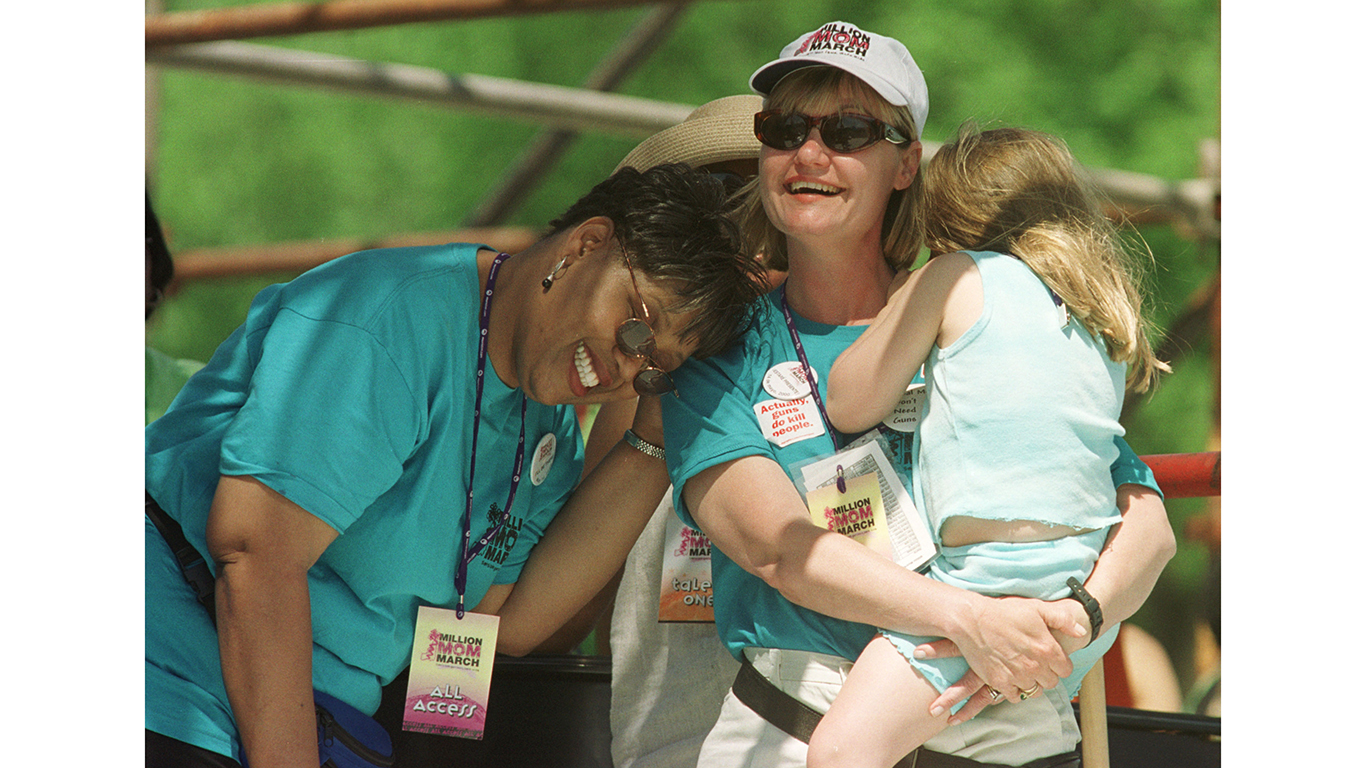 Though not in response to a women’s right issue, the Million Mom March was a historic grassroots movement where women made their voices heard. It was started by Donna Dees-Thomases, a New Jersey mom, in response to gun violence. Dees-Thomases launched a website to bring moms together and to voice their concerns in protest.

On Mother’s Day, May 14, 2000, more than 750,000 moms and advocates marched on the National Mall in Washington D.C. The march included a “wall of death,” displaying more than 4,000 names of victims of gun violence.They were joined by additional marches in more than 60 cities across the country, for a total of 1 million participants, including politicians and celebrities. Million Mom March chapters are still active today across the U.S. 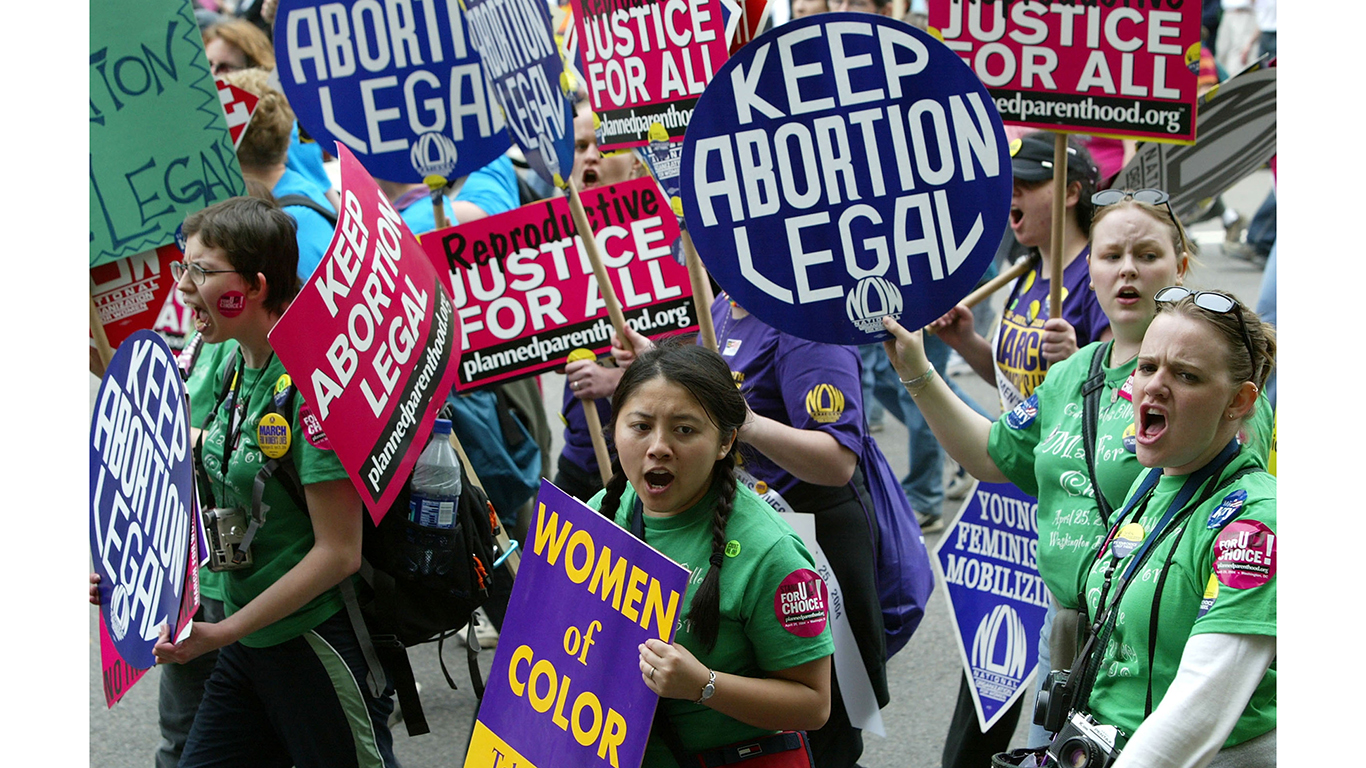 In response to the George W. Bush administration’s anti-abortion policies and his possible re-election that November, the March for Women’s Lives drew a large crowd to the National Mall in Washington, D.C. on April 25, 2004. Estimates of participants ranged from 500,000 to as many as 1 million, with then-Sen. Hillary Clinton and actresses such as Whoopi Goldberg and Susan Sarandon attending.

The march was organized and led by the National Organization for Women (NOW), along with other women’s rights and social justice groups, including Black Women’s Health Imperative, Feminist Majority, National Latina Institute for Reproductive Health, Planned Parenthood, and the ACLU. The rally had the same name as earlier reproductive rights marches organized by NOW in 1989 and 1992, and focused on reproductive health care issues, such as abortion, birth control and emergency contraception.