The Labor Laws Your Boss Doesn't Want You to Know About

While they may not agree on much, both pro-unions and right-to-work advocates would agree that workers should have legal basic rights in the workplace. Most Americans agree workers should be paid at least the minimum wage. And if they work more than 40 hours a week, employees should be paid overtime. Most American workers share the expectation that unemployment insurance will be available if they lose their jobs.

Though many of these protection are well known, some are not well understood, and there are many more ways in which the law protects employees in the United States.

Employees know that they are protected from workplace health and safety problems. Perhaps less known are the special rules for nail salon workers. Similarly, worker’s compensation is an example of a baseline benefit to cover injuries incurred on the job. More in-depth protections are provided for miners, longshoremen, and construction workers among others. And workers, in general, also are aware of anti-discrimination protections, but they may not be aware of whistleblower protection regulations.

24/7 Wall St. reviewed labor laws catalogued by the Department of Labor, consulted news reports, and spoke with experts from the National Employment Law Project to identify some of the laws, rights, and protections employees in the United States are entitled to.

Rules governing employer-employee relationships are often viewed as attacks on business owners. However, these laws serve to resolve tensions between employers and employees, and declines in labor standards have arguably eroded working conditions for everybody.

In an interview with 24/7 Wall St, Catherine Ruckelshaus, general counsel with the National Employment Law Project, explained that the ongoing decline in unionization rates, for example, has resulted in not just lower labor standards, but also strife in the workplace.

“A union provides that sort of ongoing monitoring and managing of workplace questions and culture that can sometimes really help an employer,” she said. Human resource departments help provide some of these services, but as Ruckelshaus noted, “oftentimes HR departments are seen as being aligned with the employer, and so sometimes workers don’t trust them or they feel like it’s where problems go to die as opposed to helping them resolve.”

Approximately 20.1% of workers were members of unions in 1983 (the first year for which data is available), versus 10.5% today. According to Ruckelshaus, the shift away from traditionally unionized manufacturing jobs to often lower paid hospitality and service sector work has contributed to the decline of unions, which in turn has hurt labor standards. While unions continue to decline at the national level, some states remain union strongholds. Here are the states with the strongest and weakest unions. 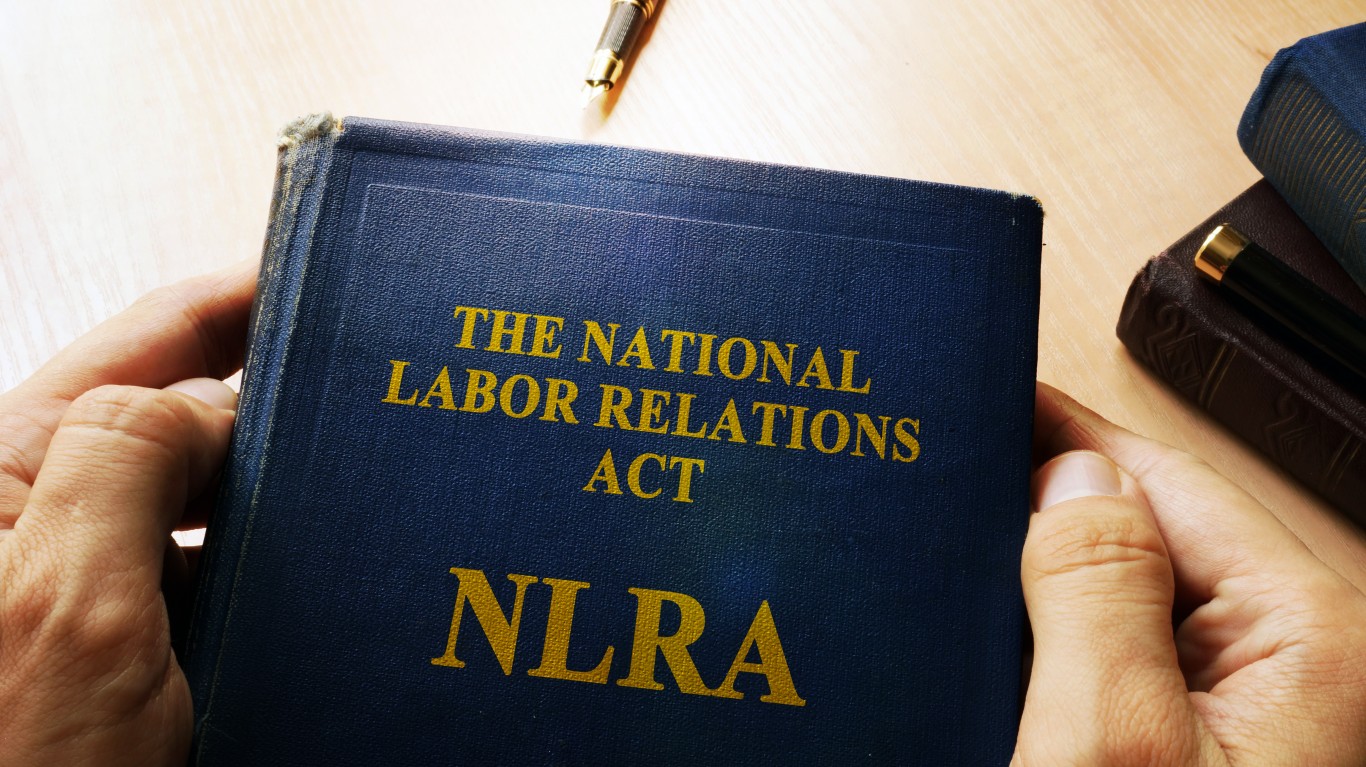 Most employees have the right to talk about working conditions with their co-workers, according to provisions of The National Labor Relations Act (NLRA). 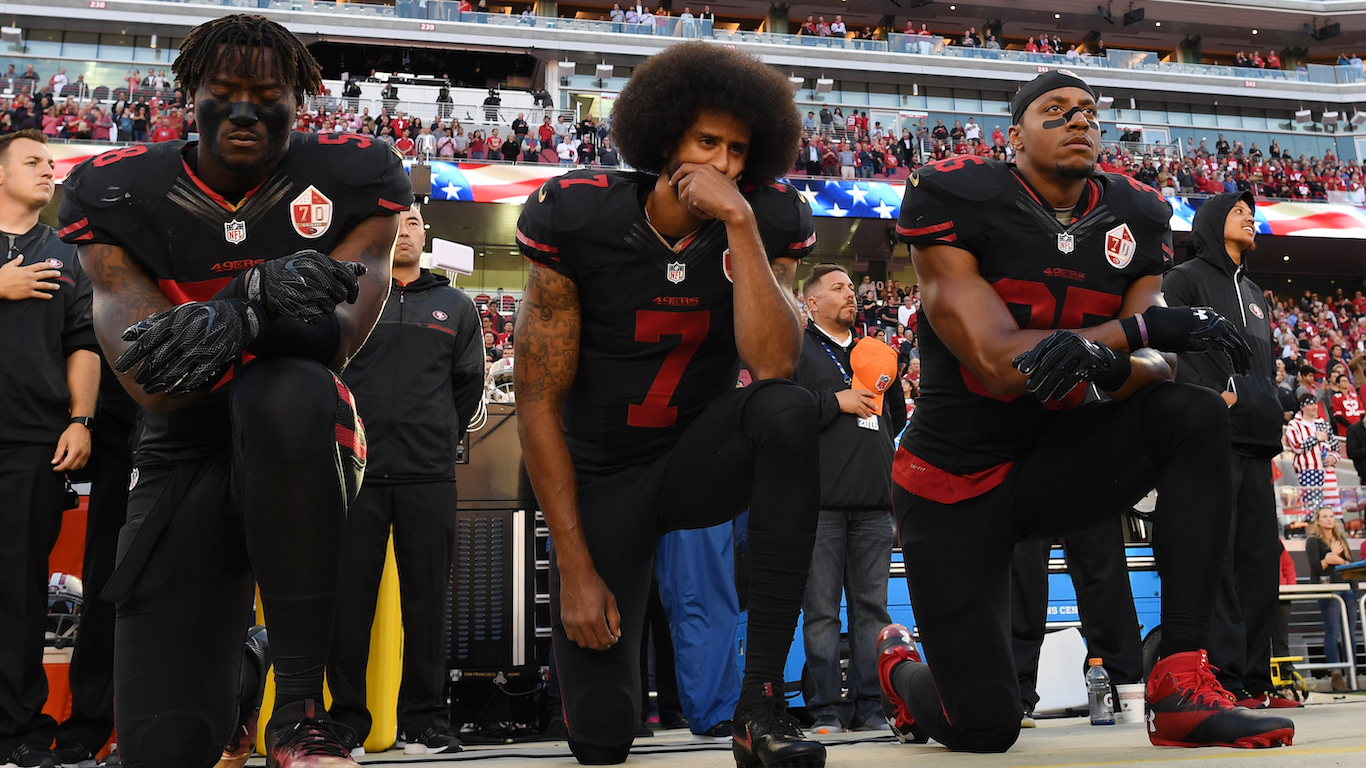 Former NFL quarterback Colin Kaepernick’s decision to kneel during the national anthem before a game sparked debate over the extent of worker rights to free speech in the workplace. In general, freedom of speech rights at the workplace are limited, and an employer can act against workers for what they say or write. If the worker’s speech, however, is about employee rights over collective bargaining, that speech is protected. 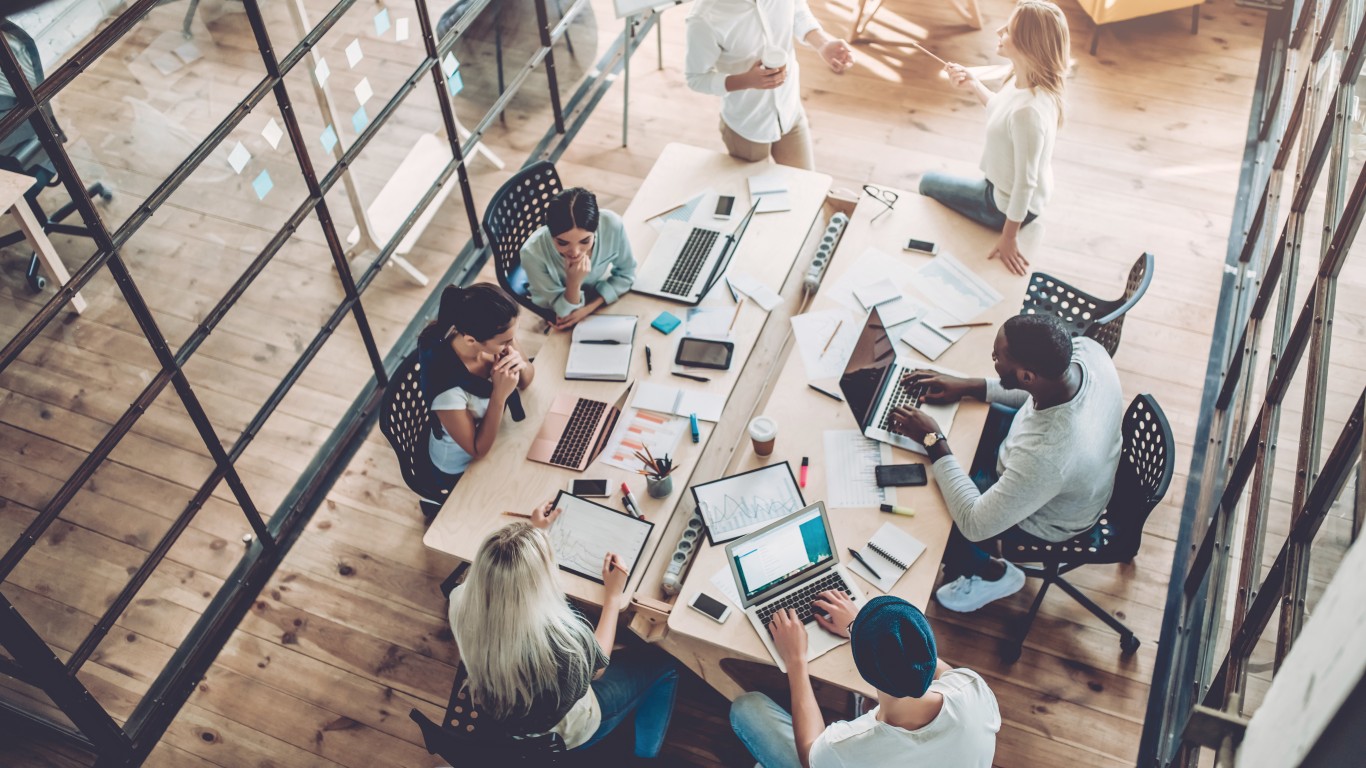 Concerted activity is the National Labor Relations Board (NLRB) term for when two or more employees talk to each other about their workplace environment. Sharing wages, benefits, and starting petitions for better work hours examples of concerted activity. Employers are not allowed to retaliate against such activity, even if employees doing so are not part of a union. 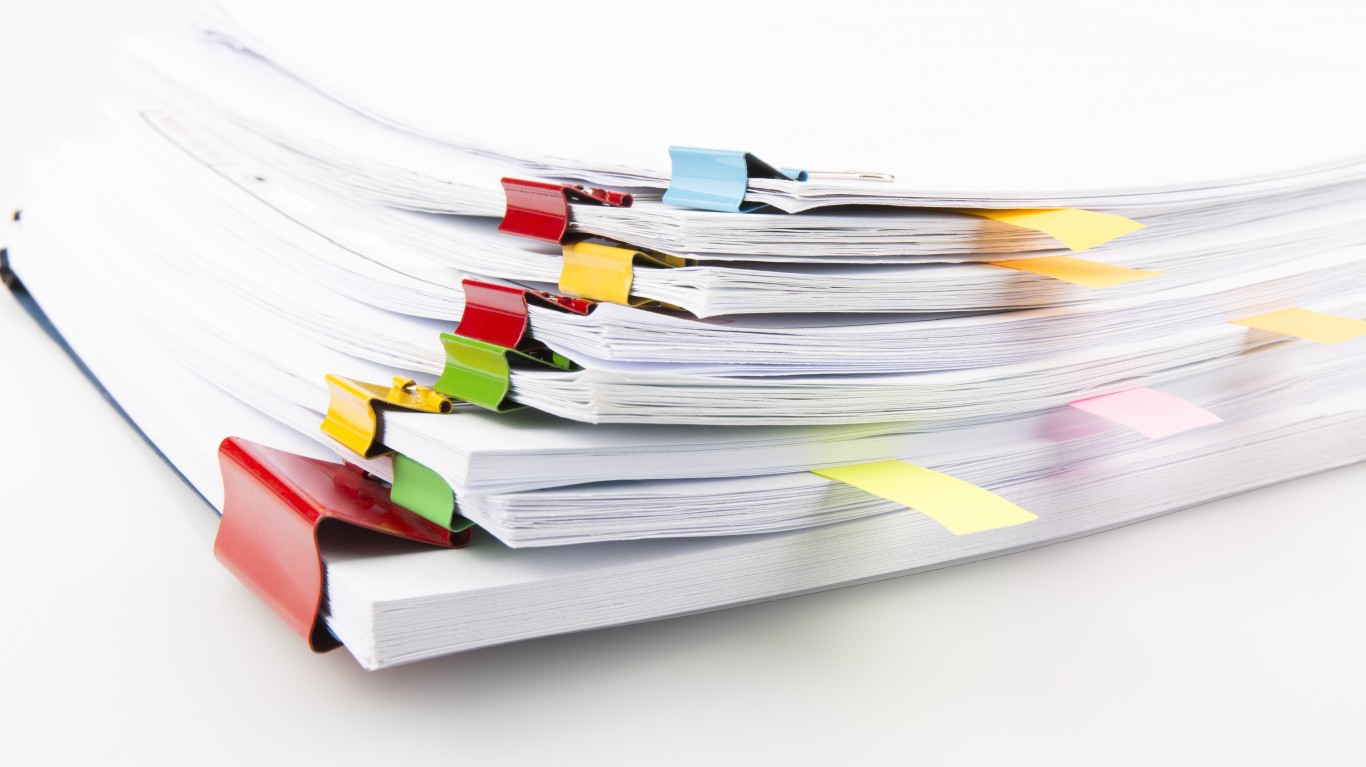 You have the right to keep copies of documents you sign when you join a company. Workers are advised to retain copies of all documents they sign. This, however, is not a federal rule and some states may permit companies to not hand over documents. 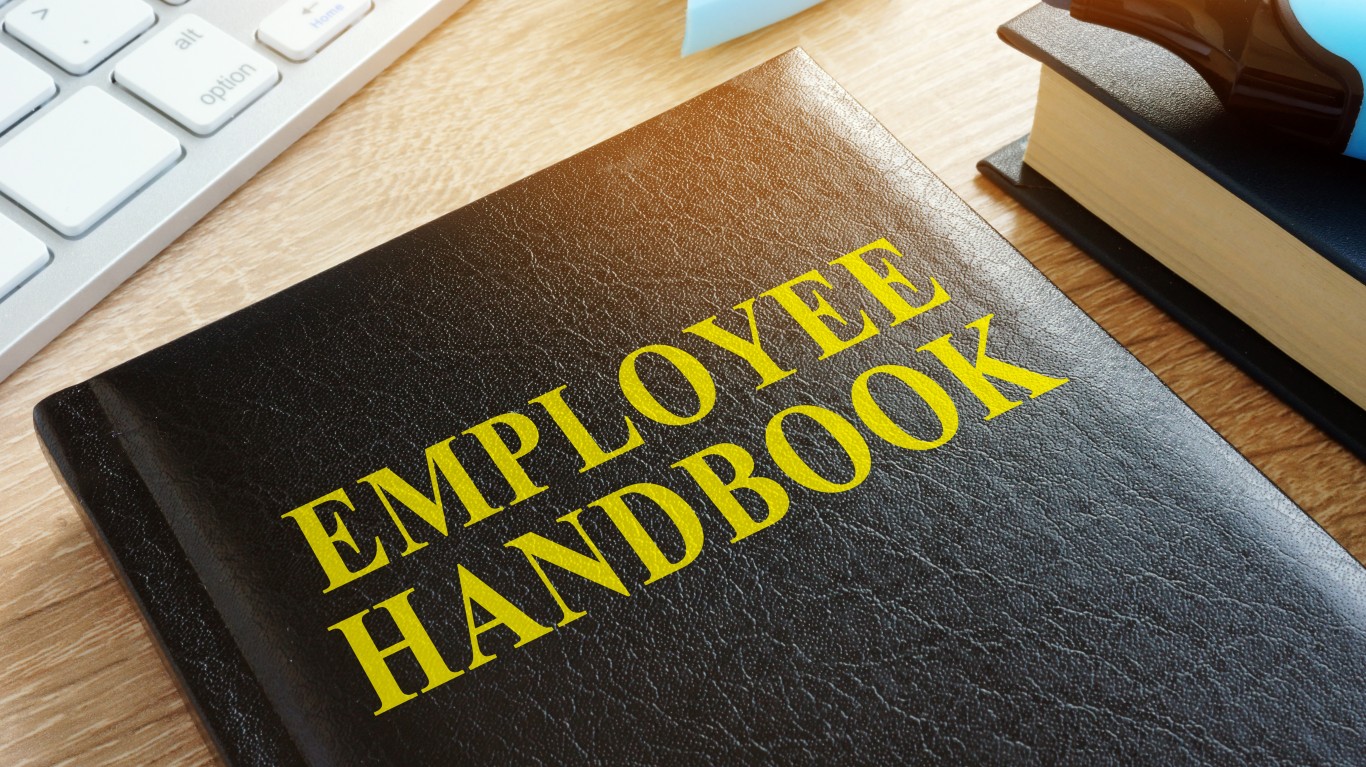 Some parts of an employee handbook might contain illegal provisions. Such provisions may include sections specifying at-will employment policy, which might be illegal, even though most employees are at-will workers. At-will employees are non-union workers who can be dismissed by their employer for any reason and without warning. Other parts of employee handbooks that NLRB finds could contain illegal sections involve prohibitions against discussing wages and against saying derogatory remarks about the company.