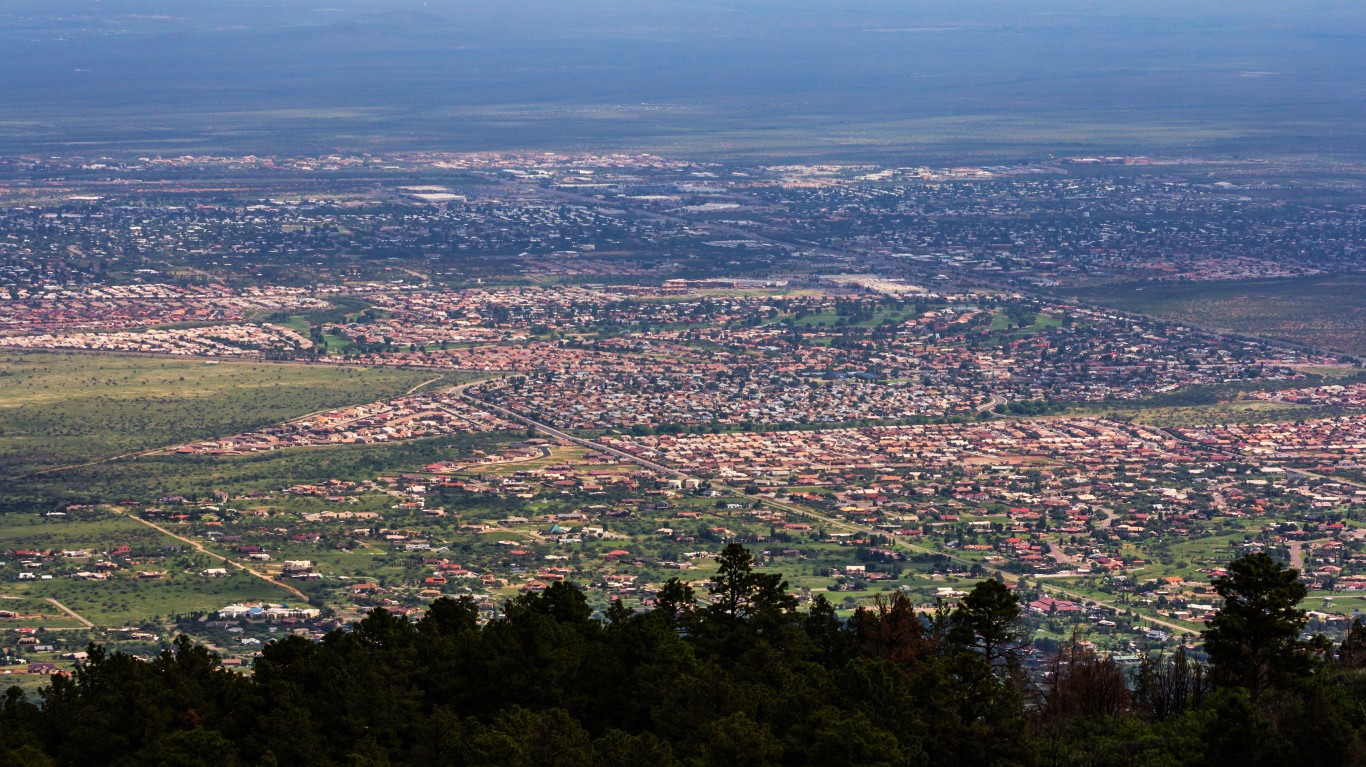 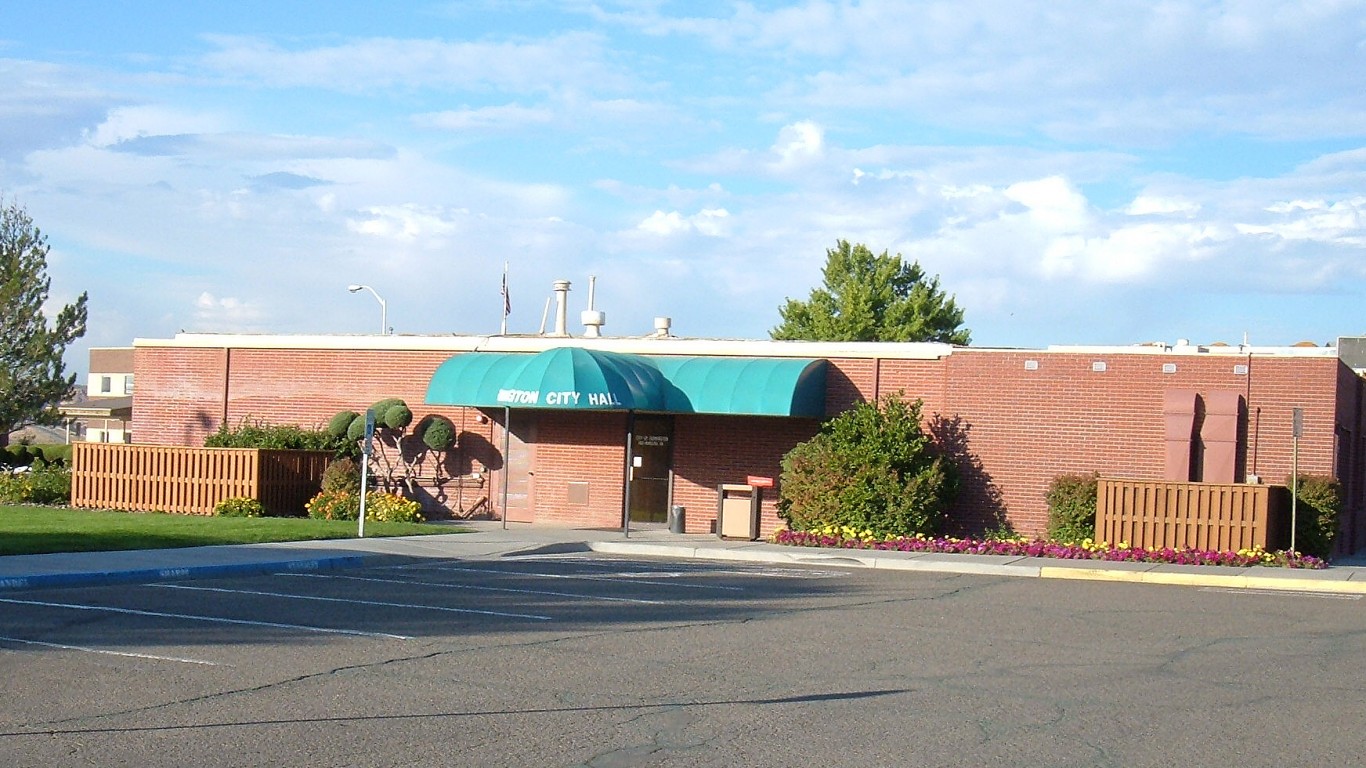 There were about 6,800 more births than deaths in Farmington, New Mexico, between 2010 and 2018. Still, the natural population increase was not enough to offset the number of people who moved out of the area. As a result, the metro area’s population declined by about 4.0% over a period when the population of every other metro area in the state grew by at least 3.0%.

ALSO READ: Worst Cities to Live in Every State 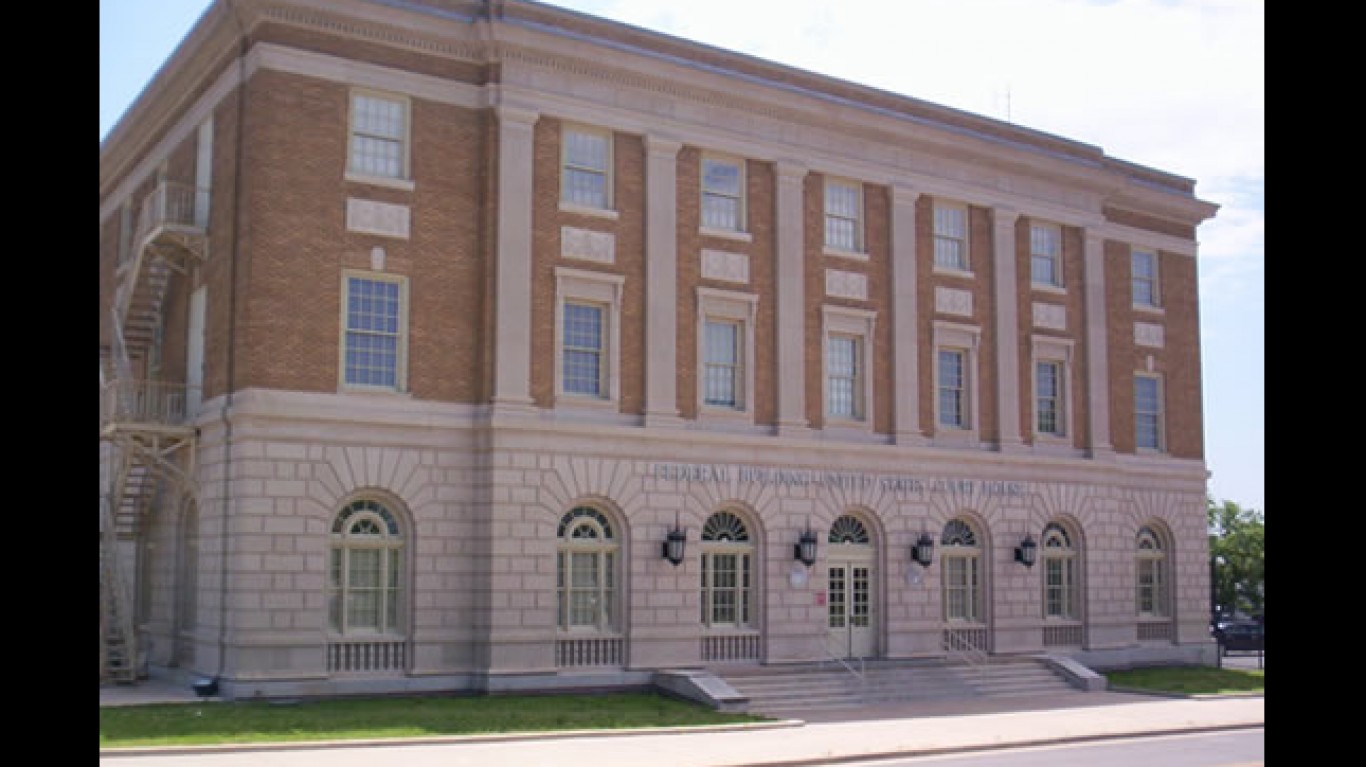 Oklahoma’s population has grown by nearly 5% since 2010. Not all parts of the state reported such population growth, however. And with a net loss of 5,372 residents, Lawton was the only metro area in the state to have a smaller population in 2018 than in 2010. Though births far outnumbered deaths in the metro area over that period, the growth was not enough to offset the number of people who moved away.

As is often the case in America’s fastest shrinking cities, Lawton is a relatively dangerous place. There were 675 violent crimes for every 100,000 people in 2017, well above the national violent crime rate of 383 incidents per 100,000. 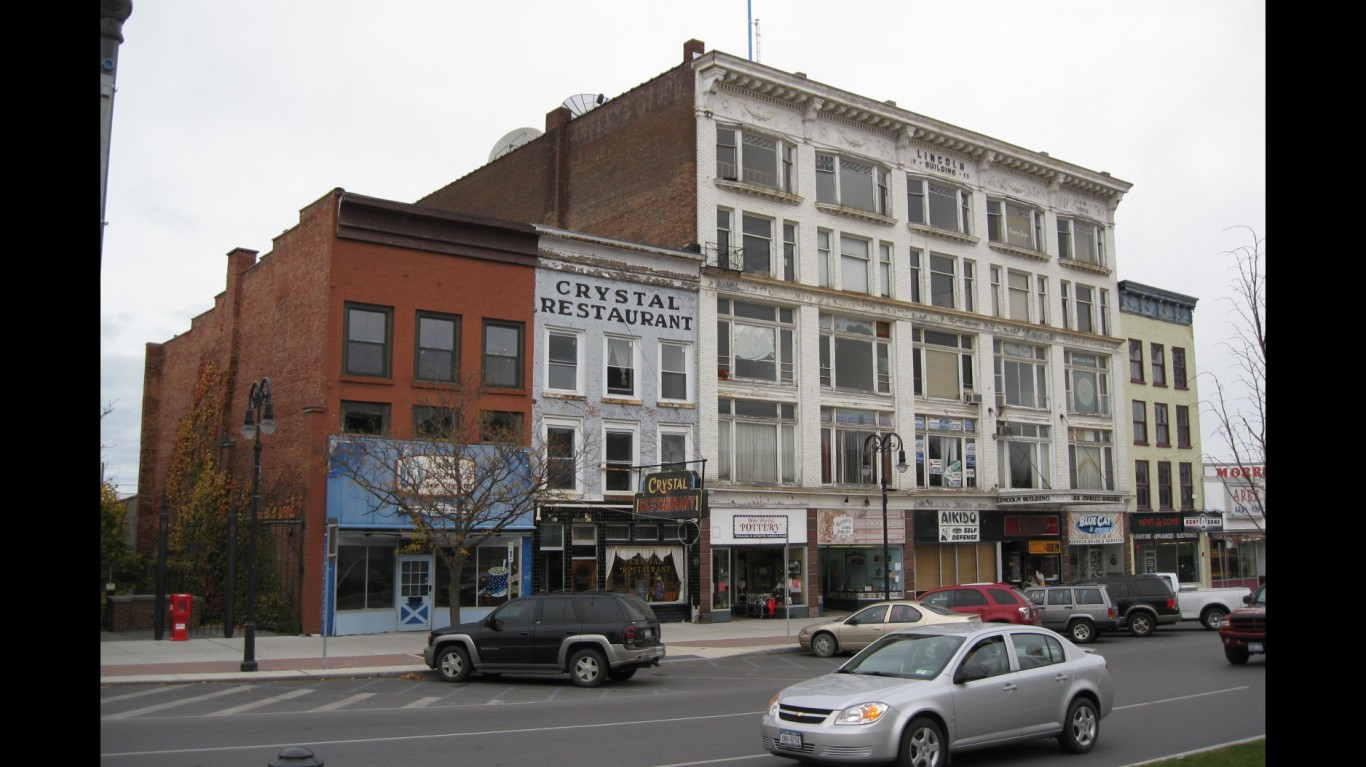 Watertown is one of three upstate New York metro areas to report near nation-leading population decline between 2010 and 2018. Over 14,000 more people moved out of Watertown over that period than moved in. Though the metro area’s relatively high birthrate partially offset those losses, the population still shrank by 4.2% over the last eight years.

One of the most common reasons Americans decide to move is for job opportunities, and those are relatively limited in Watertown. The number of jobs in metro area fell by 3.0% in the last eight years, and the metro area’s unemployment rate of 6.6% is well above the 3.9% national unemployment rate. 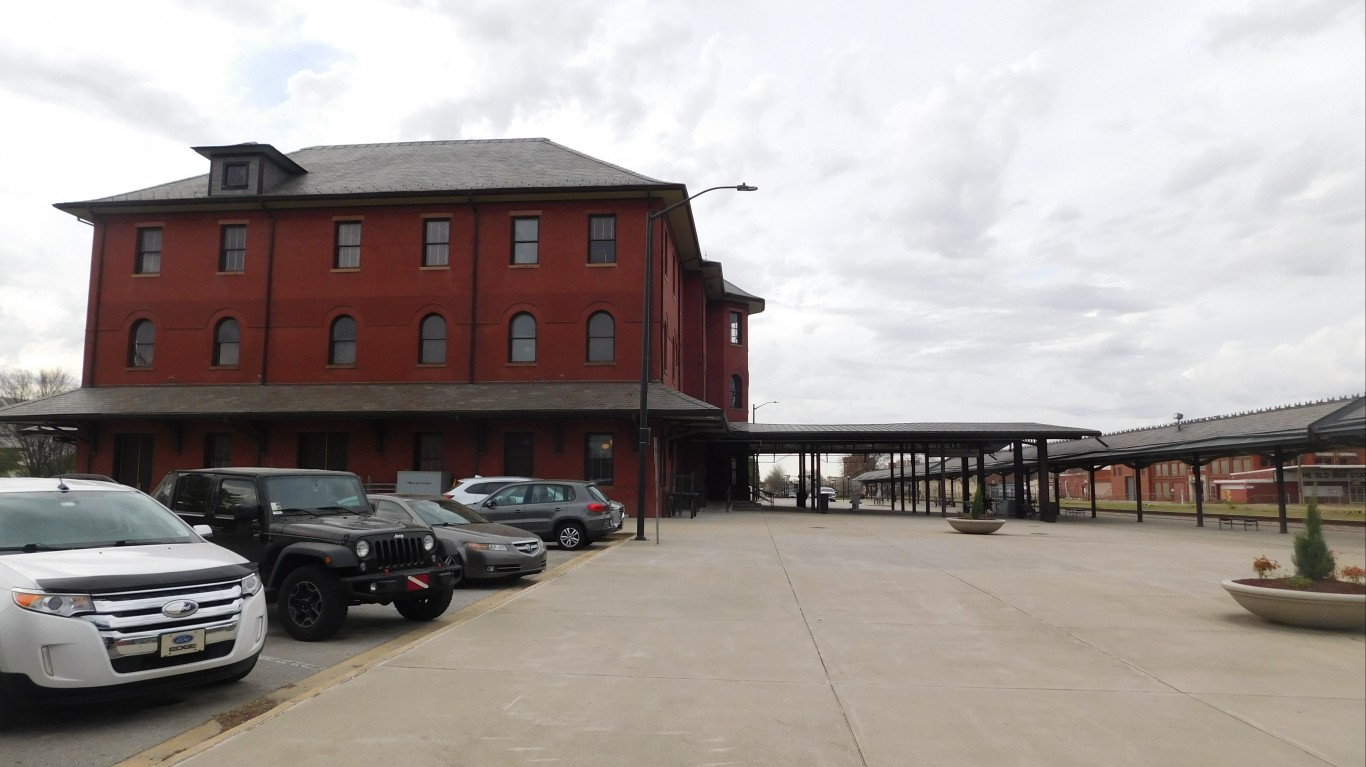 Rocky Mount residents are more likely than residents across the state as a whole to struggle financially. The typical household in Rocky Mount earns just $41,593 a year, far less than the $50,320 the typical North Carolina household earns. Additionally, 21.6% of the Rocky Mount population relies on SNAP benefits, well above the 13.7% state SNAP recipiency rate.