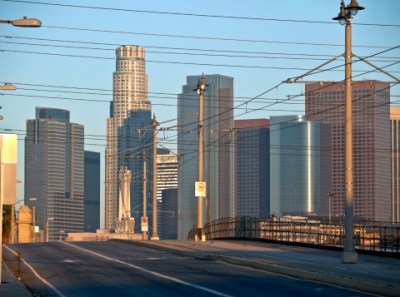 Source: Thinkstock
The U.S. population rose by just 0.72% in 2013, the lowest growth rate in more than 70 years. Not only has the country become less-attractive to immigrants than in years past, with net immigration down from nearly 1.2 million as of 2001 to 843,145 last year, but also the U.S.’s domestic birth rate has dropped to a multi-decade low.

Most of the metro areas with the largest declines in populations have been shrinking for decades.The total population of Cambria County, Pennsylvania — which makes up the Johnstown metro area — has fallen 34% between 1940 and 2013. Allegany County, Maryland — the central county of the Cumberland, Maryland metro area — peaked in population during the 1950 Census. The county’s population has since fallen by 18%, according to the Census Bureau’s 2013 population estimates.

In many of these areas, long-term drops in manufacturing jobs are tied to specific industries. The Youngstown, Ohio; Weirton, West Virginia; and Johnstown, Pennsylvania metro areas were all once home to major employers in the steel industry. Each of these areas lost many of the jobs these businesses once supported. Similarly, automotive factory closures have hurt the Saginaw, Michigan and Mansfield, Ohio metro areas.

Kenneth M. Johnson, senior demographer at the Carsey Institute at the University of New Hampshire, told 24/7 Wall St. that industry declines and job losses can lead to population declines. “It’s entirely plausible that the loss of jobs in a specific industry sector could be be the driving force in that kind of decline,” he said.

Of course, manufacturing jobs have declined nearly 30% in the U.S. between 2001 and 2013. However, in eight of the areas with shrinking populations, the number of jobs in the manufacturing sector fell by more than the nationwide decline, according to figures produced by Economic Modeling Specialists Intl. (EMSI). Flint, Michigan, lost the most jobs in the sector as manufacturing employment declined 57% from 2001 to 2013.

In general, these areas suffered from weak job markets overall. In Pine Bluff, the metro area with the single greatest loss of residents, the unemployment rate at the end of last year was more than 10%, among the highest in the country. Similarly, Flint, Saginaw, and Carson City, Nevada, all had unemployment rates of at least 9% in December 2013, well above the national rate of 6.7%

According to Johnson, young people leaving the area in order to look for work have driven the population decline for many industrial metro areas in the Midwest. “As a result, you would lose not only the young adults themselves but, over time, the children they would have produced.”

The loss in younger residents has also lead to a higher median age in these areas. “You would have a higher death-to-birth ratio because there aren’t as many births, but also because an aging population has higher mortality risk,” said Johnson. In 2012, six of the metro areas with the largest declines had populations with a median age of at least 40 years, older than the national median age of 37.4. A typical Johnstown resident was 44 years old.

While most of these areas had long-term, steady declines in population, the decline in Carson City and Farmington was more recent. Since 1940, San Juan County, New Mexico, the central county in Farmington, and Carson City, Nevada have grown 639% and 1,585%, respectively.

“I think its important to make a distinction between these shorter-term population trends in the 2010 to 2013 period and these longer-term trends that have hurt these older, industrial areas in the Midwest,” noted Johnson.

Based on recent U.S. Census Bureau estimates, 24/7 Wall St. examined changes in population for 381 metropolitan statistical areas from April 2010 through July 2013. We also considered figures from the Census Bureau’s 2012 American Community Survey. We reviewed population figures from each decennial Census since 1940, using each area’s largest county as a proxy for the metro area. Data on incomes and price levels, current as of 2012 and 2011, respectively, are from the Bureau of Economic Analysis (BEA). Figures on home price changes are from the Federal Housing Finance Agency’s (FHFA) House Price Index and are current as of the end of 2013. Seasonally adjusted unemployment rates for December of each year from 2010 to 2013 are from the Bureau of Labor Statistics. Estimates for gross metropolitan product are from IHS Global Insight. EMSI data on changes in total jobs, as well as manufacturing and construction jobs, between 2001 and 2013 were also considered.

These are America’s shrinking cities.