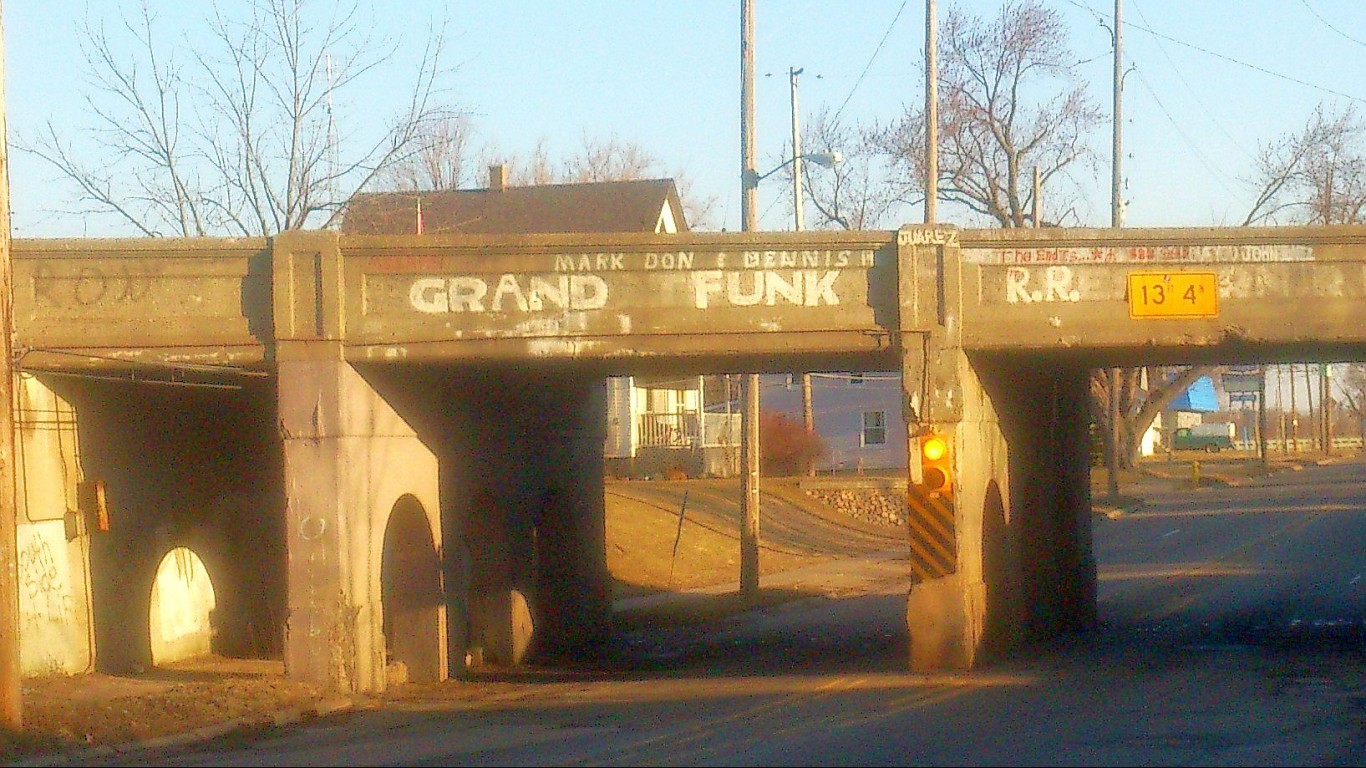 Due entirely to net migration, the population of Flint, Michigan, declined by 18,059 between 2010 and 2018. Among the cities on this list, explanations for their population declines vary and are not always entirely clear. In Flint, much of the mass exodus is likely tied to the recent water contamination crisis.

In an effort to save money, Flint switched its water supply source in 2014. The following year, EPA tests revealed dangerous levels of lead in the water Flint residents relied on, and shortly after Michigan’s governor declared a state of emergency in the area. The crisis triggered over a dozen lawsuits and contributed to near nation-leading population decline in the metro area. 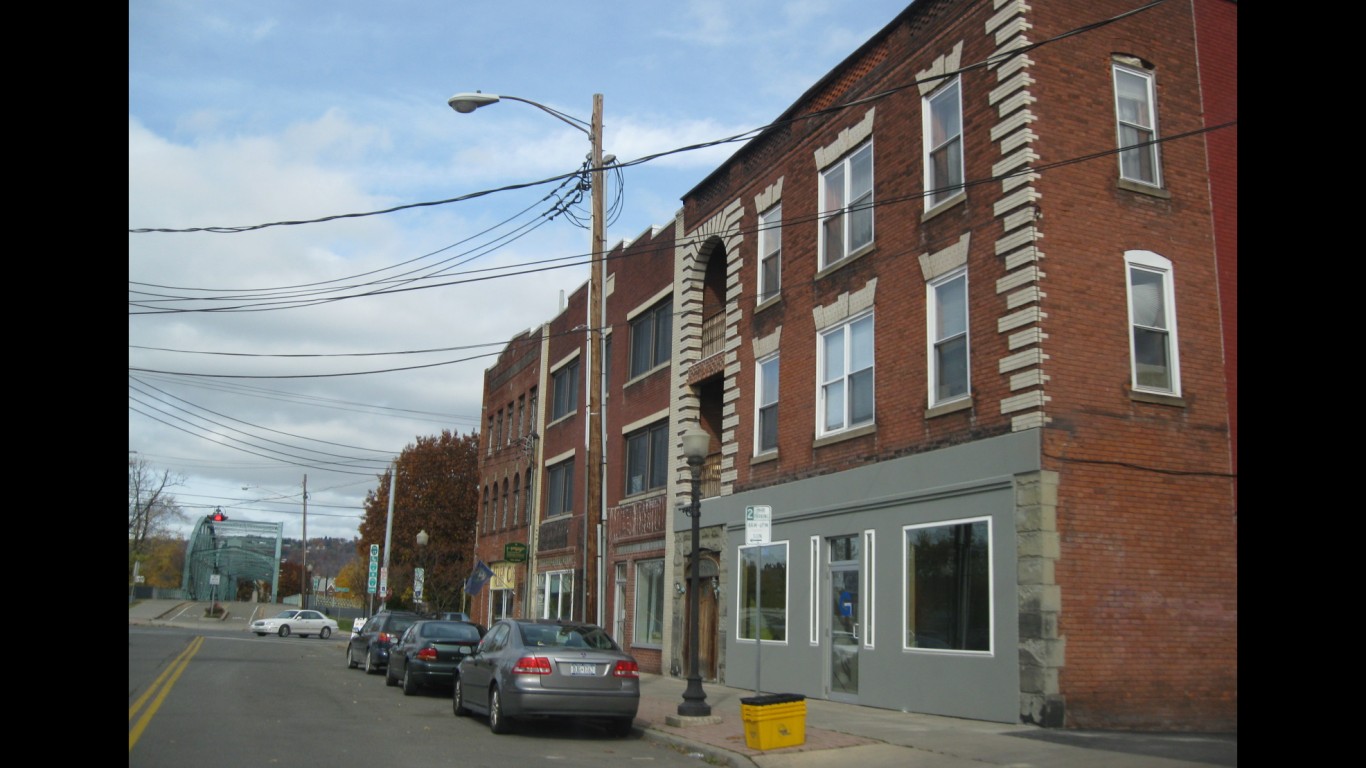 Due to both natural population change and net migration, there are 11,270 fewer people living in Binghamton today than there were in 2010. One of the most common reasons Americans decide to move is for jobs and career opportunities, and those are relatively scarce in the Binghamton metro area. The area’s overall employment fell by 5.1% over the last eight years. In that same time, U.S. employment grew 12.5%. 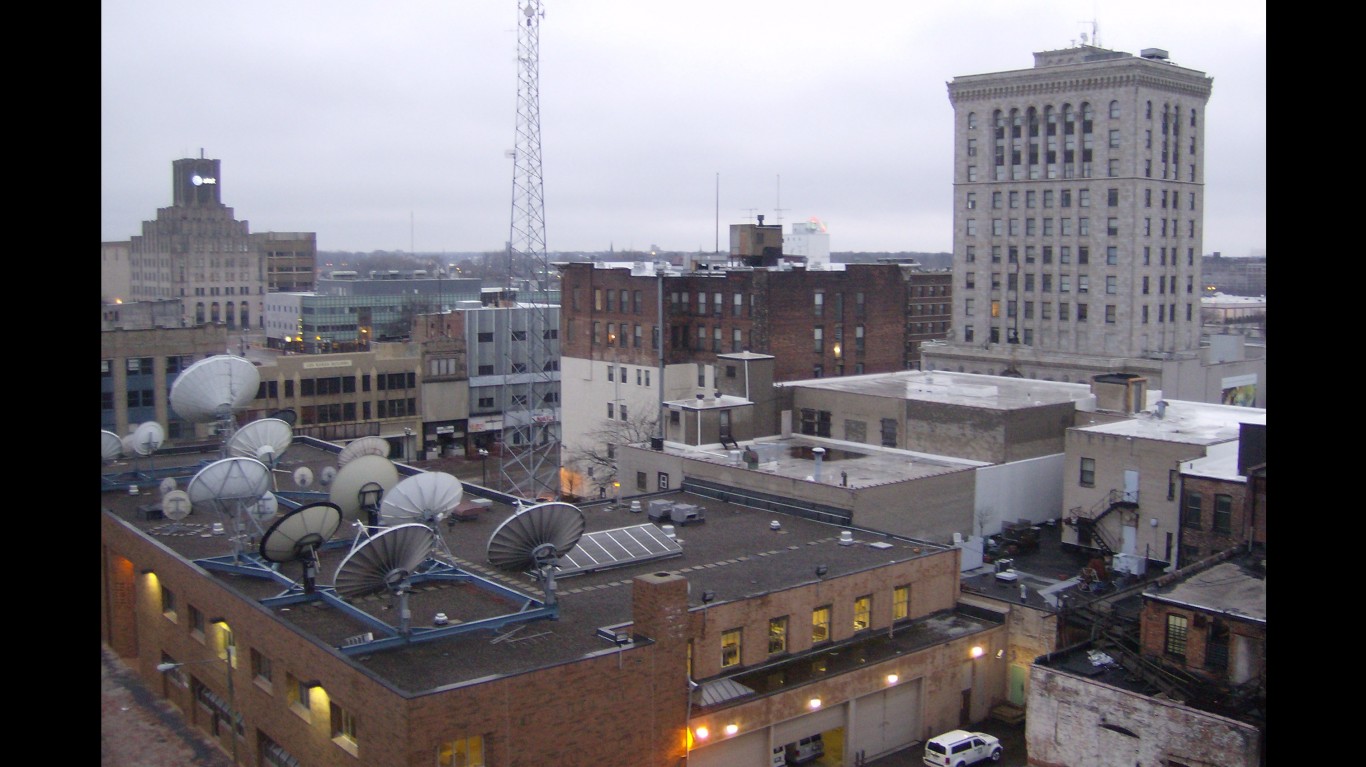 Saginaw reported a 4.5% population decline between 2010 and 2018, the largest decline of any metro area in Michigan and one of the largest in the United States. Though there were more births than deaths in the metro area, the number of people who left contributed to a net population loss of 9,062. 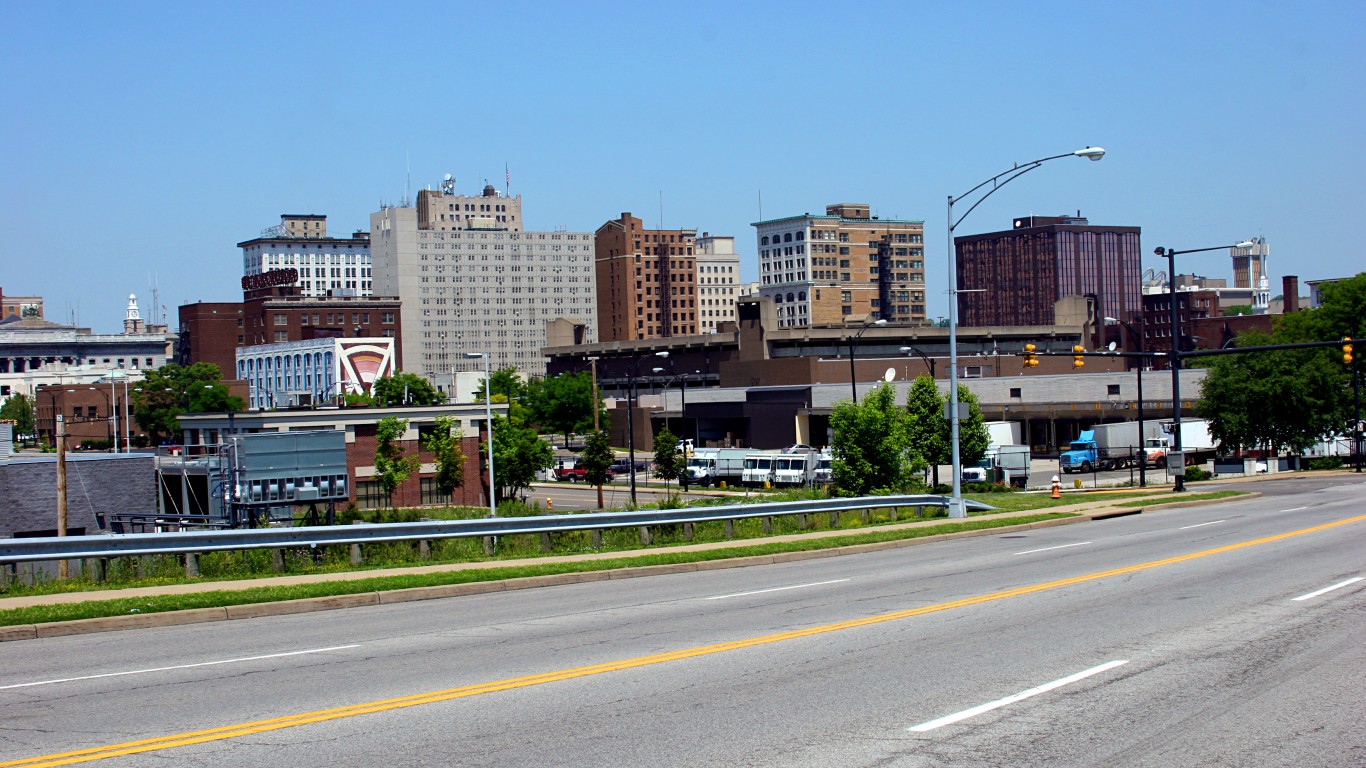 There are 25,876 fewer people living in the Youngstown-Warren-Boardman metro area today than there were in 2010, a 4.6% decrease. The decline was attributable to both fewer births than deaths and a large number of people moving away.

A strong job market can be a draw to new families and new residents, and the Youngstown metro area does not appear to have a thriving economy or a strong job market. The metro area’s unemployment rate of 6.0% is well above the 3.9% national rate, and there are nearly 1,800 fewer jobs in the area today than there were eight years ago. And many of the jobs the area do not pay especially high wages. The typical household in the metro area earns less than $45,000 a year, well below the national median of $57,652. 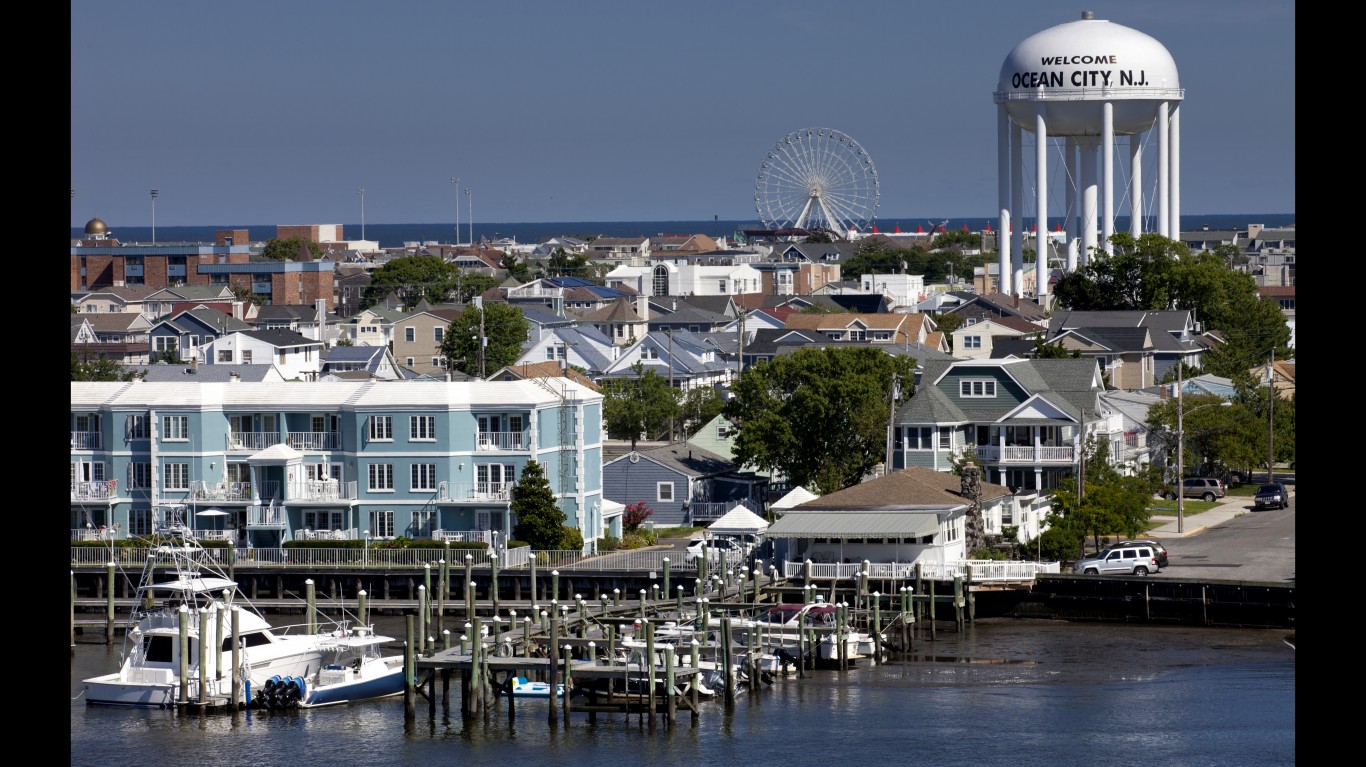 Ocean City reported the steepest population decline of any New Jersey metro area in the last eight years and the eleventh steepest decline of any metro area in the country. Though more people left Ocean City than moved in between 2010 and 2018, the bulk of the population decline was attributable to deaths outnumbering births. Ocean City has a far older population than the U.S. as a whole. About one in every four Ocean City residents are 65 or older, compared to just 14.9% of Americans.