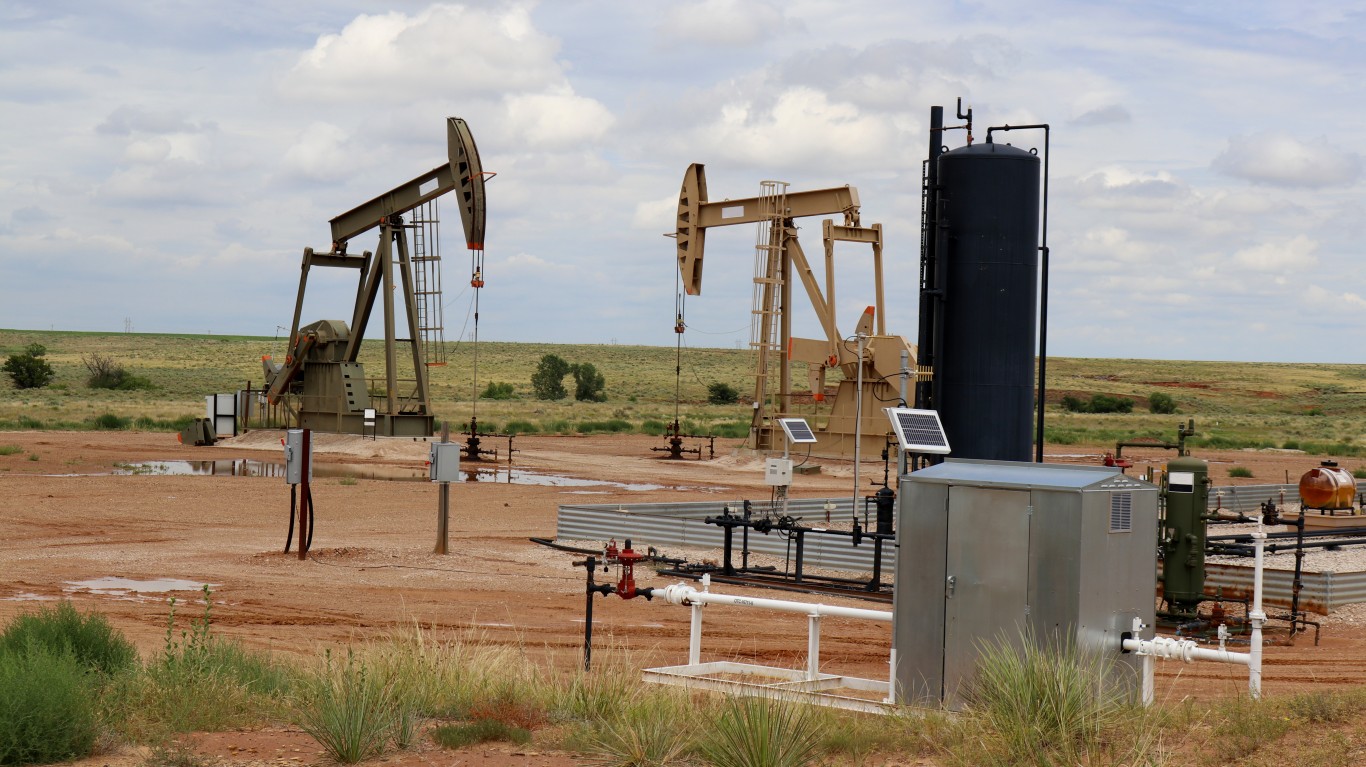 Oklahoma is a major oil and natural gas producing state. The state’s industrial sector uses about two-fifths of the energy consumption in the Sooner State.

Though a relatively large share of electricity generated in the state is from renewable resources (35.2%), the state relies heavily on the oil and natural gas industry and has relatively few jobs in green industries. In terms of volume, Oklahoma is the sixth largest producer of electricity at almost 26 million megawatts. 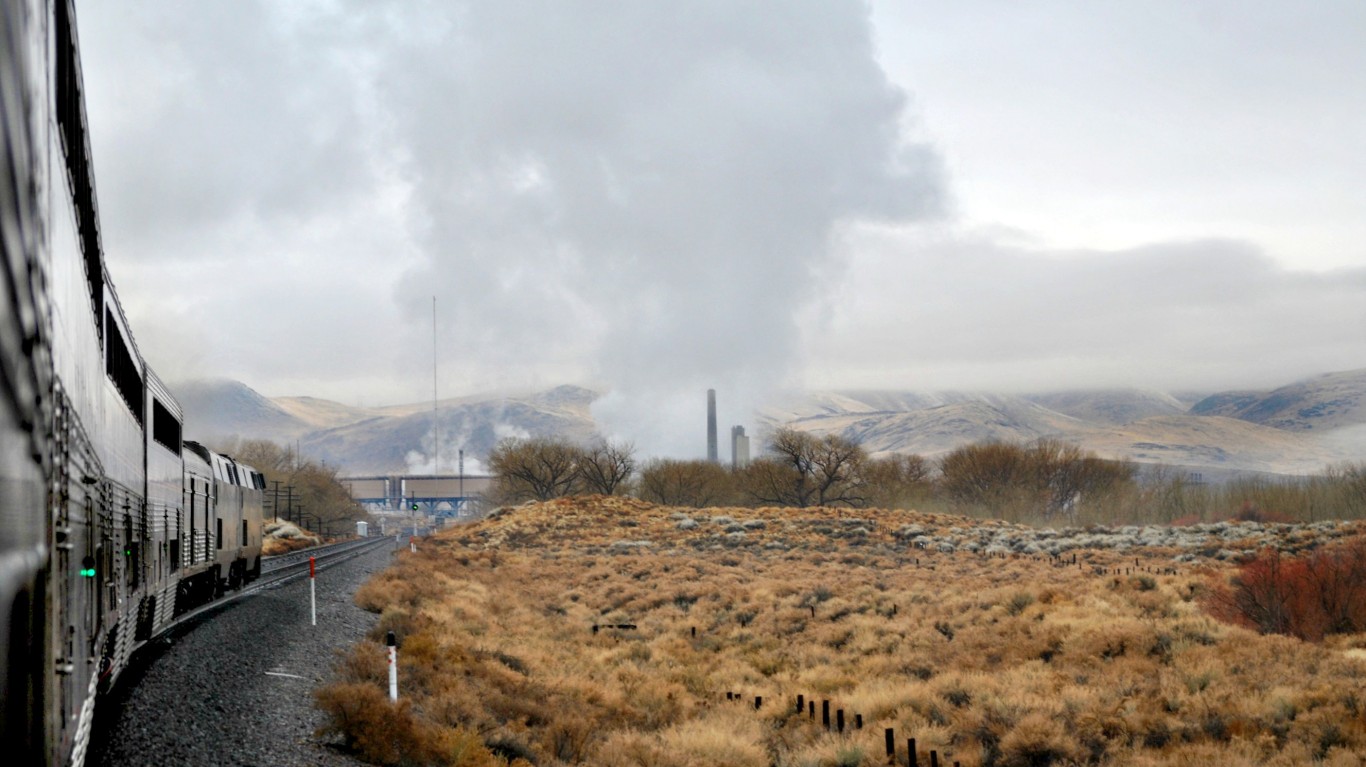 Due to Nevada’s location almost entirely in the Great Basin — a sun-bathed desert with no sea nearby and the lowest average precipitation in the U.S. — the state has a tremendous potential to be a solar power, according to the U.S. Environmental Information Administration (EIA). But natural gas, not renewable sources, is the primary power source in the Silver State. Of Nevada’s 10 large power plants, eight produce energy from natural gas. Fossil fuels are the source of nearly three-quarters of the state’s net electricity generation.

There is a push by some Nevada lawmakers to make the state more eco-friendly. A law that was recently filed for debate could mandate that half of the state’s energy come from renewable sources by 2030, up from the current goal of 25% by 2025, which was exceeded in 2018. Unlike most of America’s least eco-friendly states, the 25.3% of Nevada’s electricity generation comes from renewable sources is higher than most states.

See all stories featuring: Nevada
ALSO READ: The Most Eco-Friendly States in America 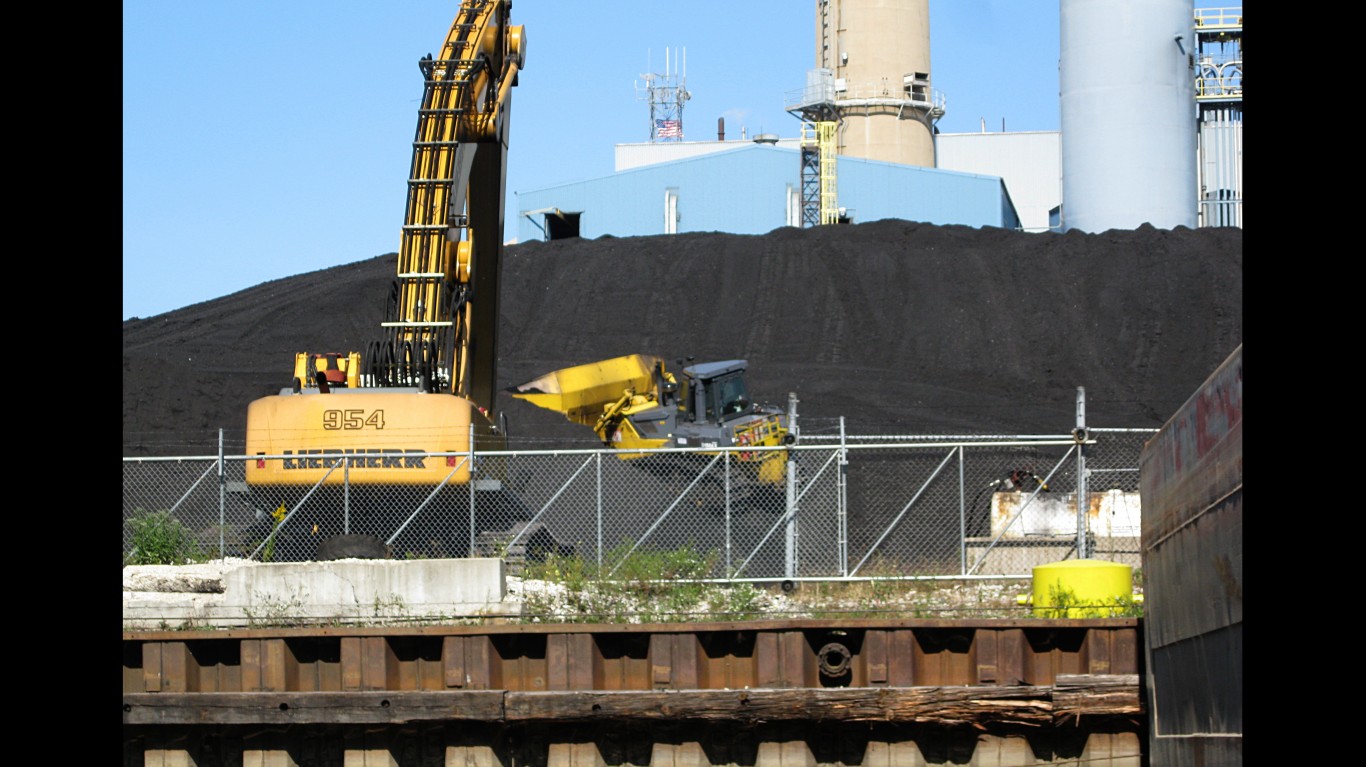 Located between big lakes and rivers, Wisconsin doesn’t have fossil fuel resources of its own but imports coal and petroleum primarily from Wyoming and Montana. Approximately half of Wisconsin’s electricity is generated from coal. Power plants in the state that run on natural gas have more than doubled between 2011 and 2018. Some scientists consider natural gas, which is a fossil fuel, to be as bad or worse than coal because it leads to the release of methane, a chemical that is much more powerful in trapping heat in the atmosphere than carbon dioxide.

Wisconsin has taken steps to improve its environmental profile. It passed a law that requires all electric companies to provide some of the electricity to customers from renewable sources. The statewide goal was 10%, which was met in 2013. 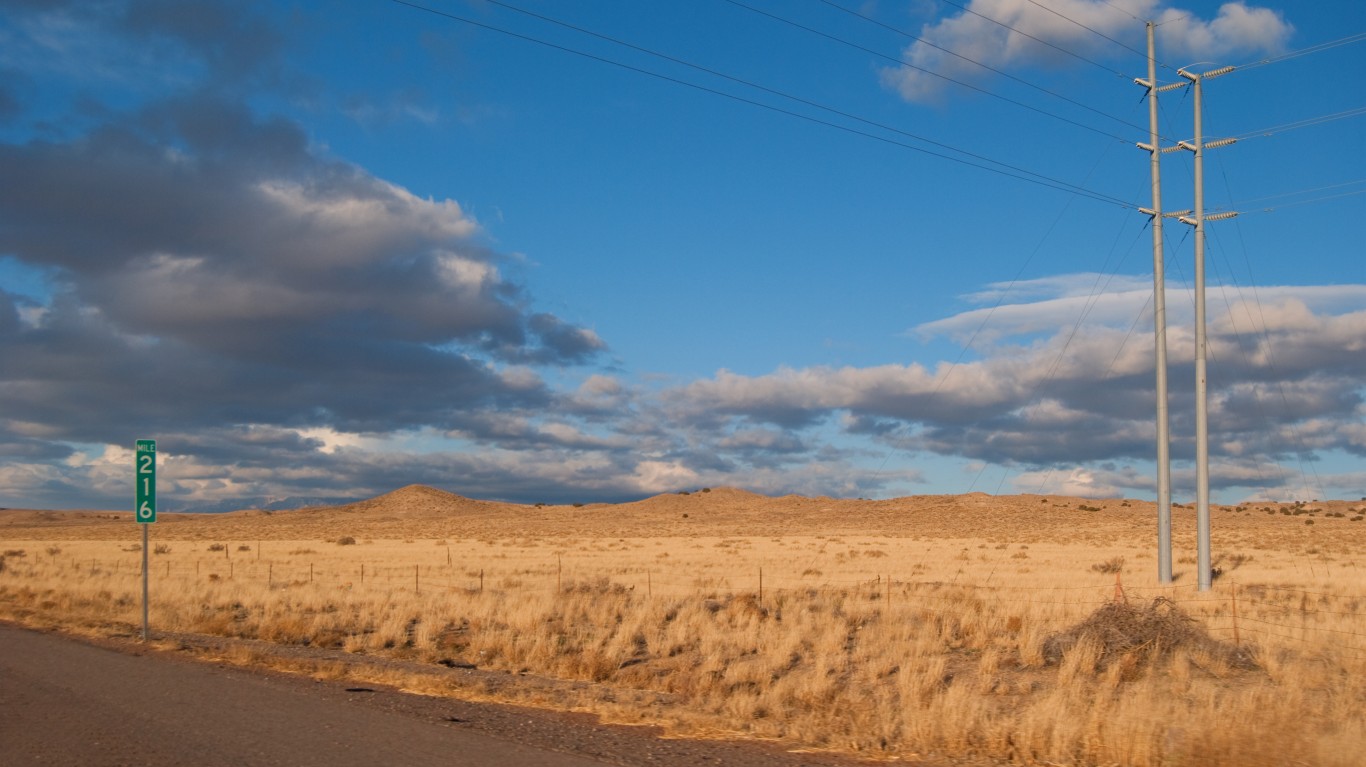 New Mexico is the eighth largest producer of energy in the U.S., largely due to production of crude oil, natural gas, and coal — all fossil fuels. Power plants fired by coal produce more than half of the state’s electricity. The oil and gas sector contributes significantly to the state’s economy, offering the highest average weekly wages in the state.

The state’s wind and geothermal energy sector has great potential, according to the EIA. New Mexico’s first and only utility-scale geothermal power plant, which is located in the southwestern section of the state, came online in December 2013. 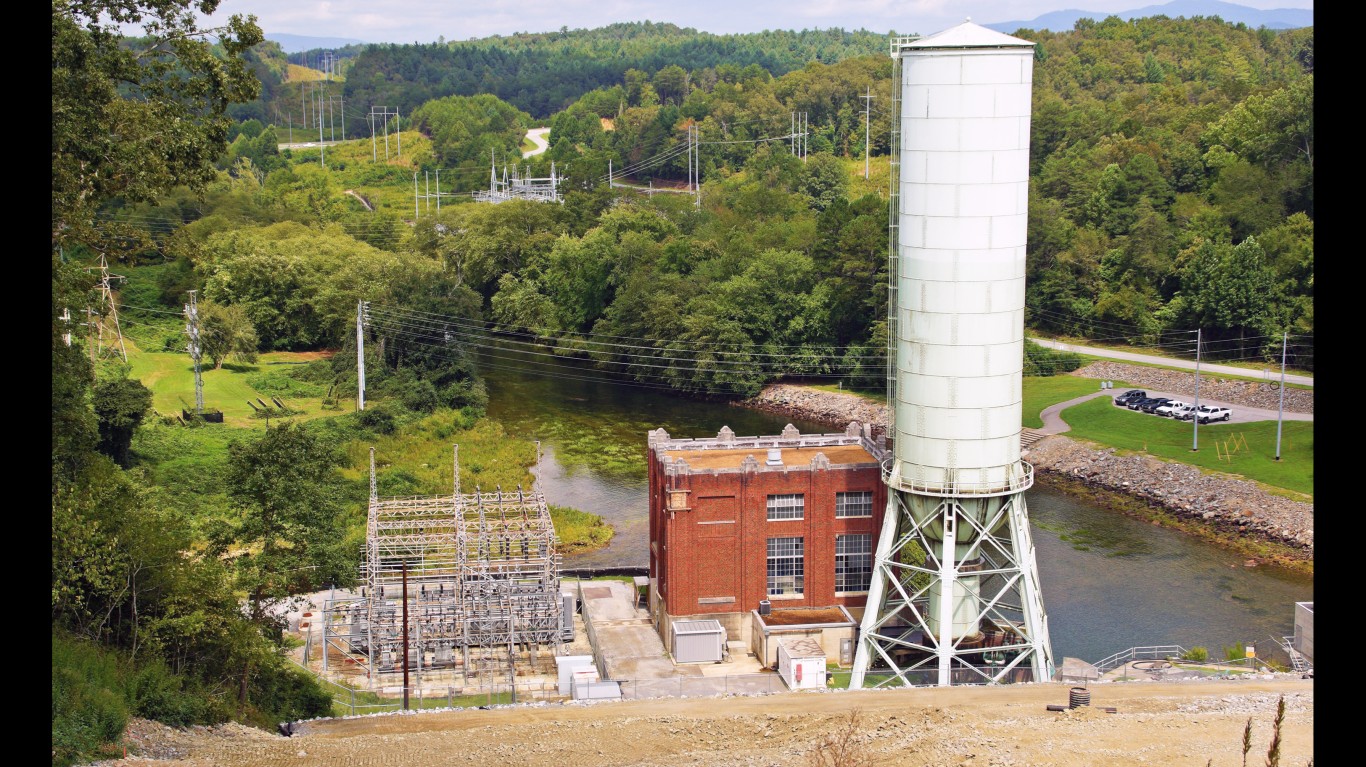 Natural gas, nuclear power, and coal generate almost all of Georgia’s electricity. In fact, natural gas fuels the generation of even more electricity today than in the past. It used to be the source for just three-fifths of the state’s net electricity until about a decade ago, but it has since become the largest source of electricity generation in the state.

While Georgia has set energy standards for public buildings, there is no state law that requires companies to meet any renewable energy target. Utilities are not even required to offer net metering, a system that would allow people to set how much power is drawn from a utility. The Peach State produces 7.4% if its electricity from renewable sources, and a significant portion of that comes from biomass sources like wood.