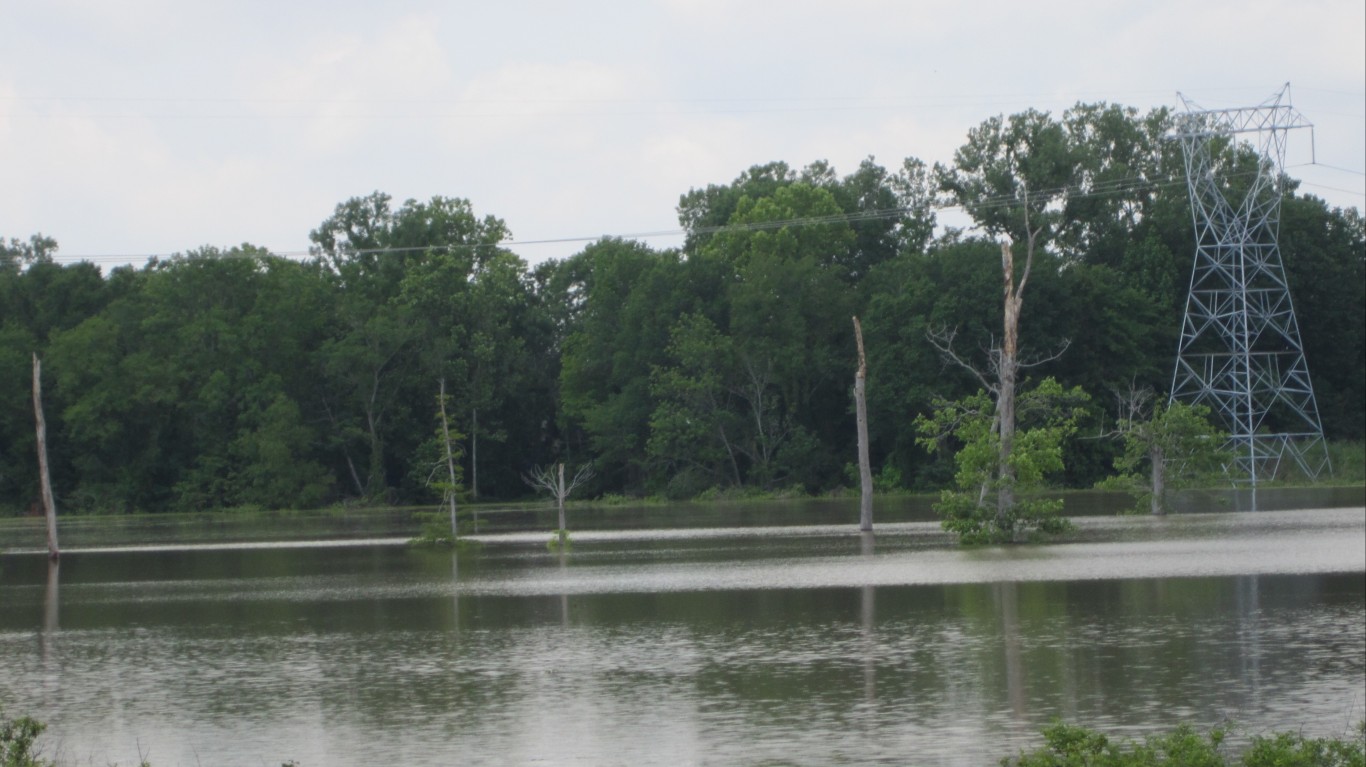 Mississippi is in the top three of states using the most energy per capita due to weather conditions. Hot and humid summers — the state is actually among those with the most tornadoes — and mild winters are responsible for the high demand of electricity. The majority of the natural gas consumed in the state is used to generate electricity, and the share has only increased over the last 20 years. Four-fifths of the state’s net electricity generation comes from natural gas. Three in 10 households use it for home heating.

Renewable sources are a negligible part of Mississippi’s energy mix, according to the EIA. The state doesn’t have a renewable portfolio standard, even though it has an abundance of renewable biomass resources due to two-thirds of the state being forested.