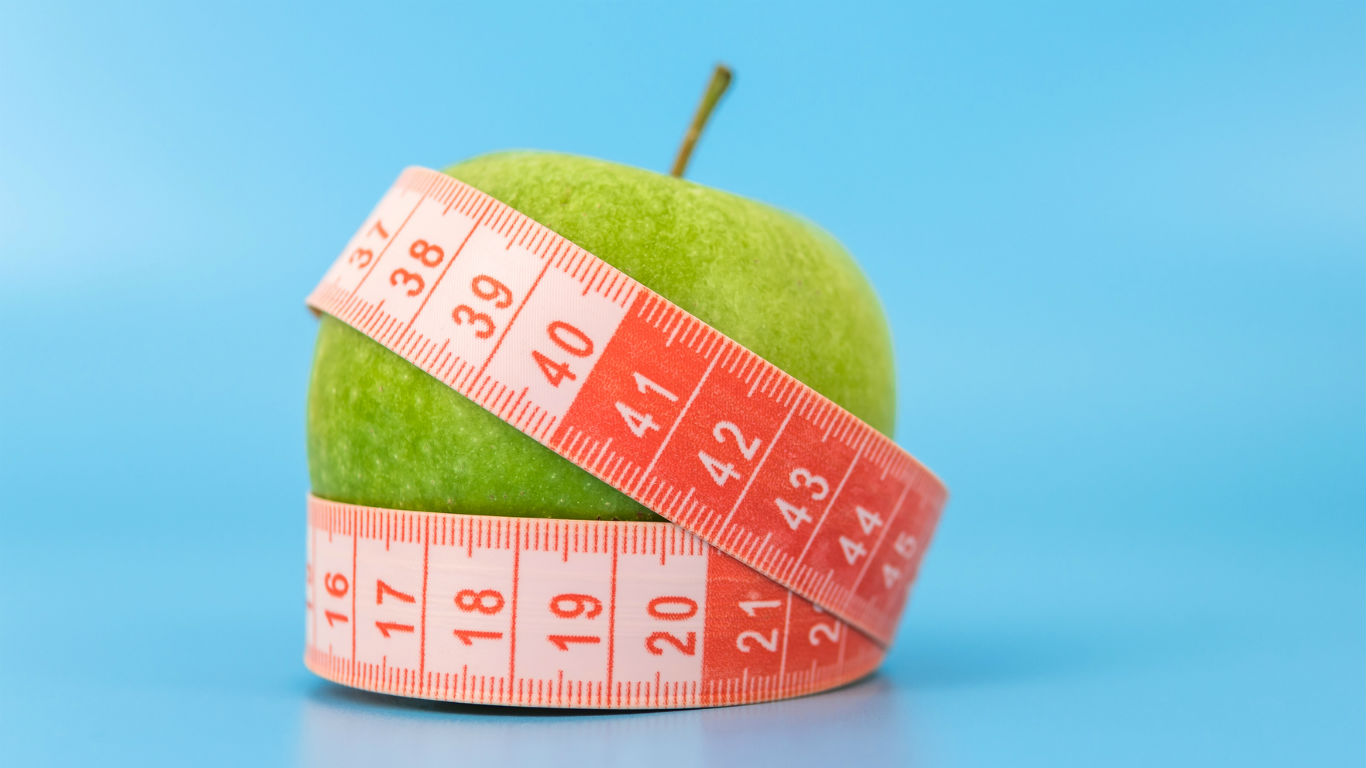 Obesity can lead to heart disease, type 2 diabetes, hypertension, stroke, some types of cancer, high cholesterol, and many other health conditions and diseases. Some 39.6% of the American adult population were considered obese in 2017, up from 30.5% in 2000. There is some good news, however. Childhood obesity, which had grown rapidly to 17.1% in 2003, began to level off, with 18.5% of children between ages 2 and 19 considered obese in 2017. The number is still unacceptably high, putting one in six at risk of poor health.

The implications of an obese populace go beyond the health impacts. The economic costs are immense. The annual cost of obesity in the United States is estimated to be between $147 billion to $210 billion, according to “The State of Obesity” report from Trust for America’s Health and the Robert Wood Johnson Foundation. 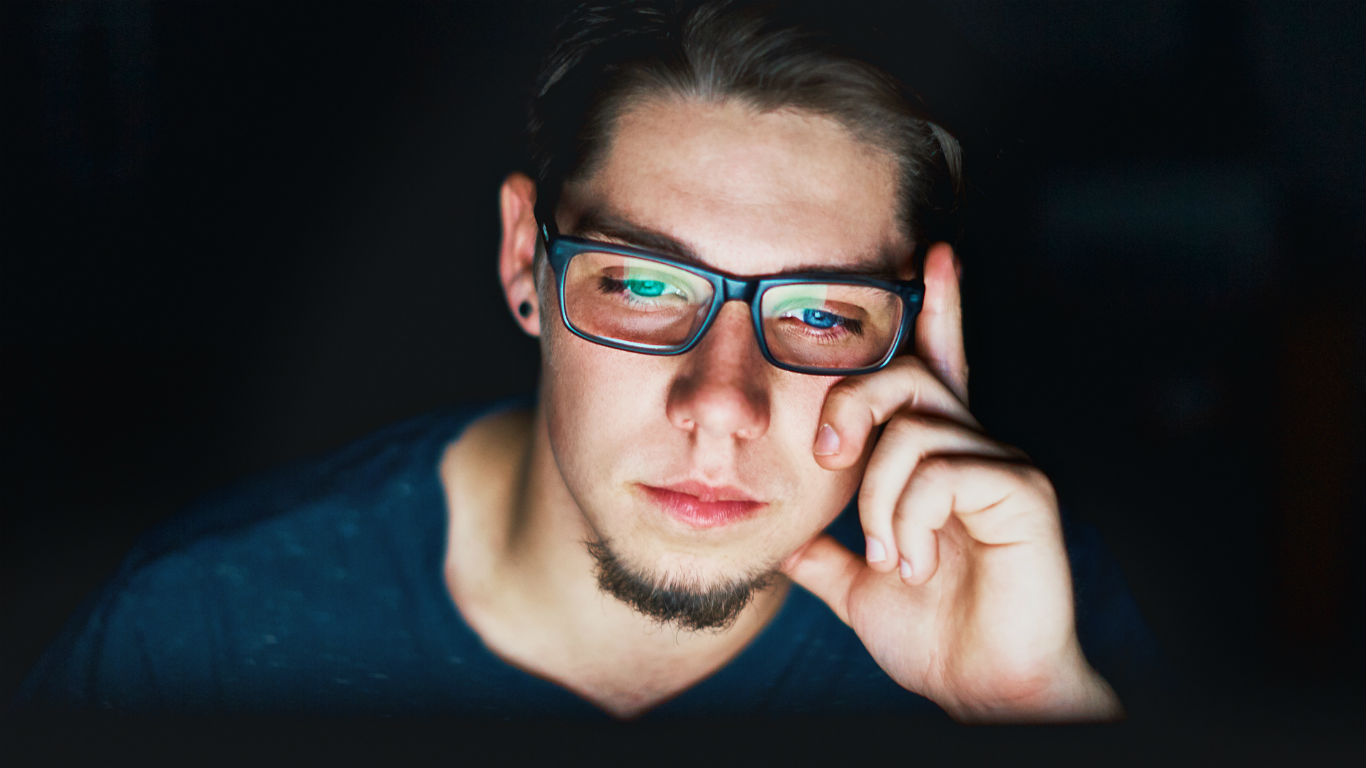 When it comes to lifestyle, physical activity is one of the best things people can do to improve their health. Getting enough physical activity could prevent 1 in 10 premature deaths, according to the Centers for Disease Control and Prevention (CDC). Inactive people are at higher risk for serious health problems like heart disease, type 2 diabetes, obesity, and some cancers. The annual economic costs associated with inadequate physical activity are $117 billion.

Fortunately, the message about the importance of exercise is getting heard and many people are responding. In the past 10 years, the number of people engaging in no physical exercise in their leisure time has decreased at the rate of nearly 1% a year, from 36.2% of adults in 2008 to 25.9% in 2017.

24/7 Wall St.
Countries That Spend the Most on Public Health 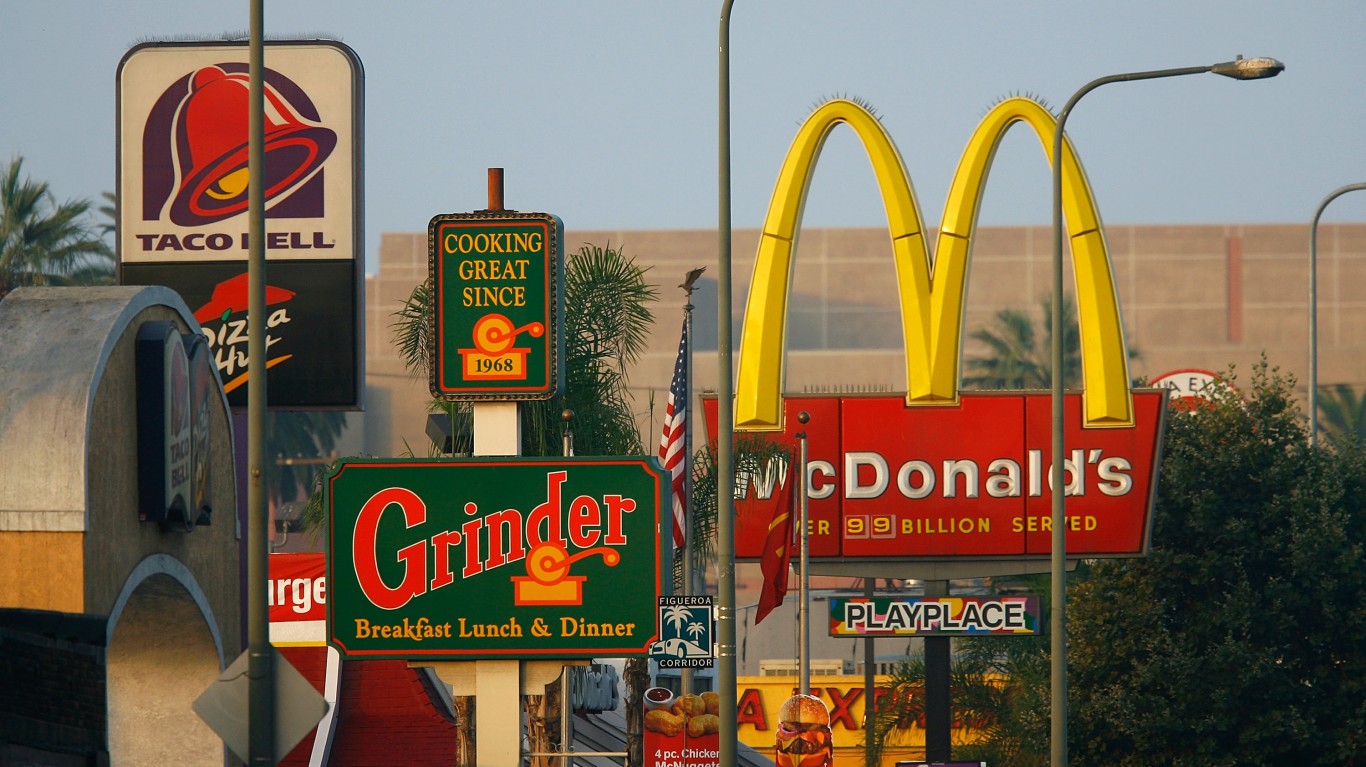 Nutrition is a persistent problem nationwide, with only 10% of adults eating the government recommended amount of fruits and vegetables each day. The average adult consumes only 16% of the recommended servings of fruit and 9% of recommended servings of vegetables. For high school students, the numbers are far worse, with the average student meeting 9% of fruit consumption goals and 2% of needed vegetables. At the same time, the most popular fried chicken, burger, and pizza fast food chains are serving larger portions with more sodium.

A recent study found that consumers are confused by what they consider as conflicting information about nutrition, so tend to rely on old habits. Often, they limit their fresh food consumption due to cost and access. On the positive side, there are signs that Americans are trying to eat a healthier diet: there has been a steady decrease in the amount of sugary drinks consumed and an increase in water consumption; fast food chains are incorporating a limited number of healthier choices in their menus; and the public generally wants to eat sustainably produced food with fewer artificial ingredients. 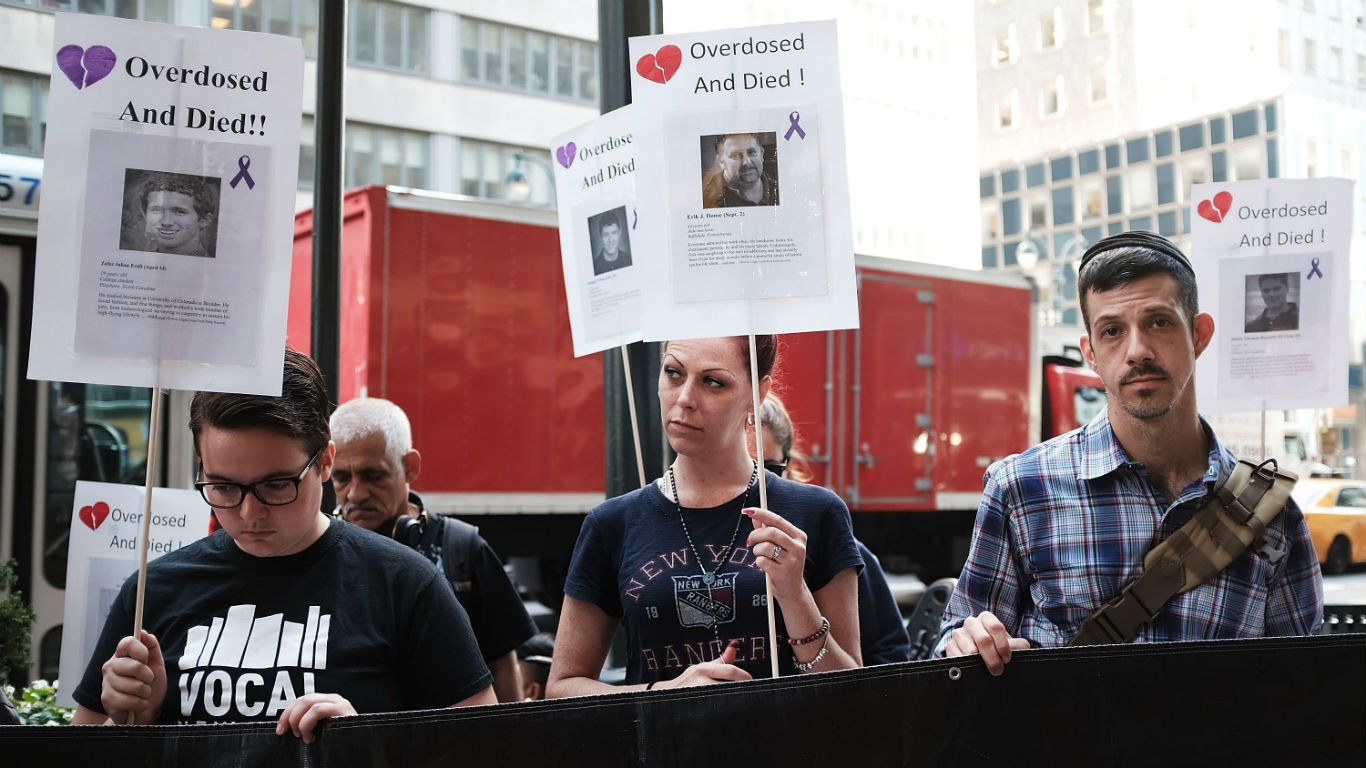 There were over 70,000 drug overdose deaths in the United States in 2017, up from about 6,700 in 1980, with the largest jump between 2013 and 2017. The sharp increase is largely attributable to the skyrocketing number of deaths associated with fentanyl and other synthetic opioids, which rose from 3,000 to 28,000 during the four years leading up to 2017. Drug overdoses were the No. one killer of Americans under 55 in that year.

People with addiction often have associated health problems, including heart and lung disease, cancer, and nervous system impairment. According to the National Institute on Drug Abuse, the estimated overall annual costs of illicit drugs and prescription opioids are over $271 billion 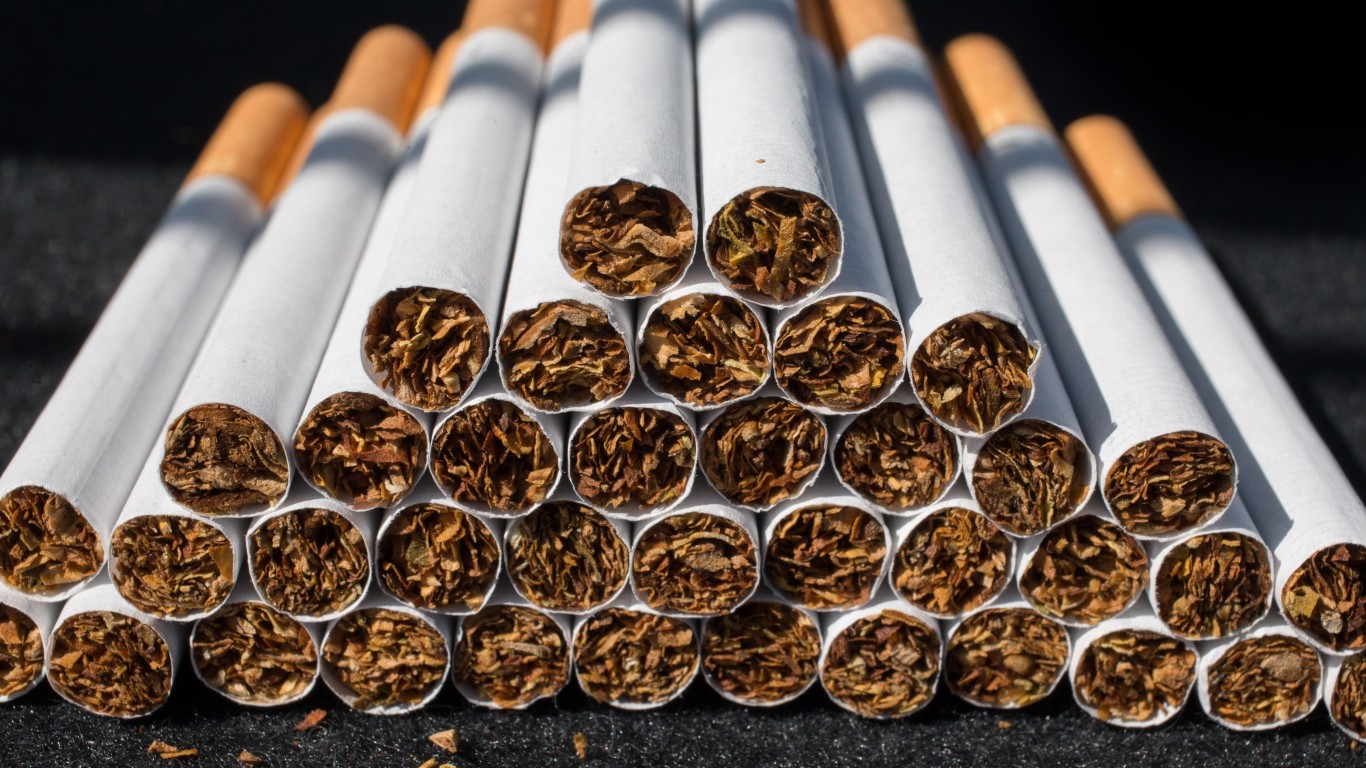 Tobacco use is now widely known to cause or contribute to a long list of health problems — from various cancers to negative pregnancy outcomes to impaired immune function. It is estimated that cigarettes reduce the life of the average smoker by 10 years. Through a persistent public education campaign and increased taxes on cigarettes the adult smoking rate has declined significantly from 42% when the first Surgeon General’s report on smoking was published in 1964 to 18% today. Despite this cigarettes are still causing 480,000 premature deaths a year and are still the leading preventable cause of preventable disease and death in the United States.

Unfortunately, the decline in tobacco use is slowing and there are indications that tobacco will remain a serious health issue far into the future with electronic cigarettes of particular concern. Most alarming is their skyrocketing use by America’s youth — over 3 million high school students were “vaping” in 2018, up 78% from 2017. E-cigarettes are believed to have several serious health impacts, including increasing the possibility of addiction and long-term harm to brain development and respiratory health.