Beach Towns That Will Soon Be Under Water 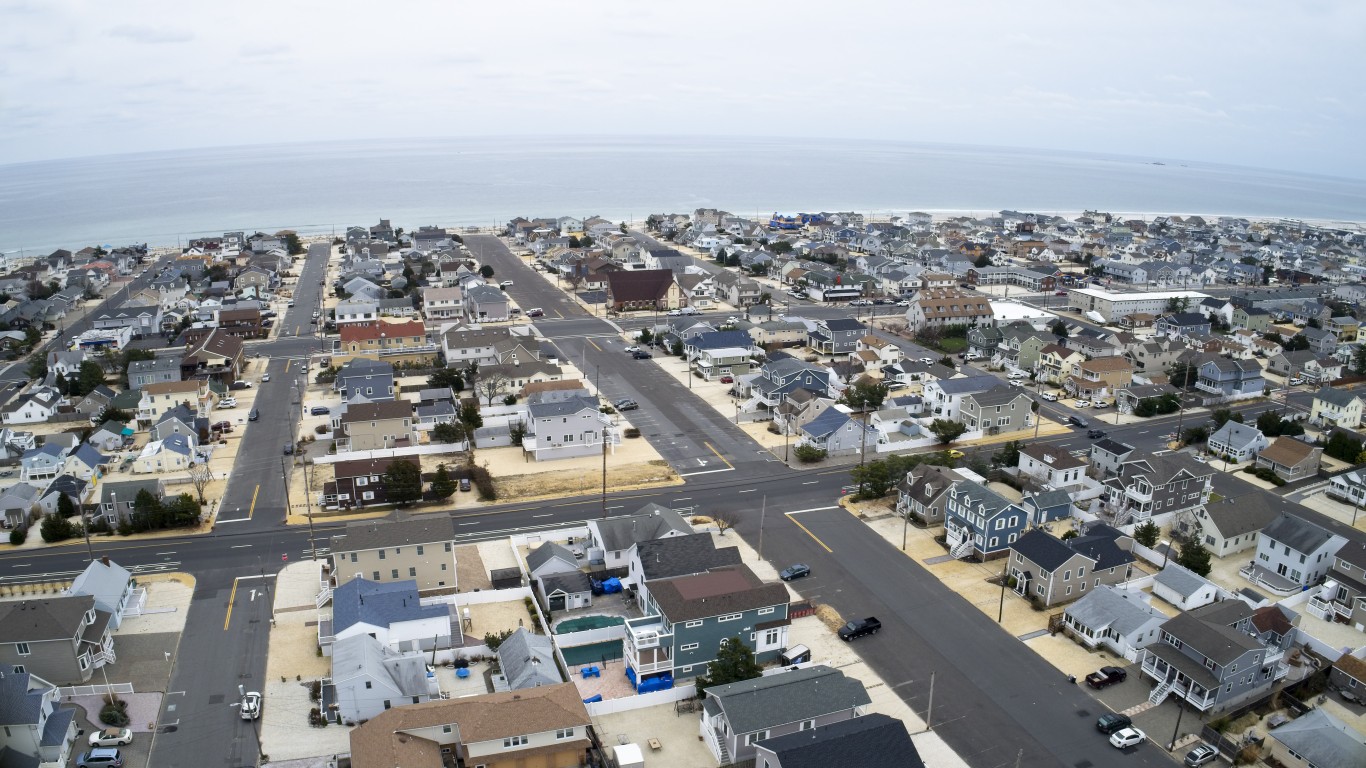 This Ocean County resort community was devastated by Superstorm Sandy in 2012, one of many Jersey Shore towns damaged by the tempest. In an NJ.com story, David Robinson, a climatologist at Rutgers University, explains that ocean temperatures off the Jersey Shore are rising and that future storms that will strike the Jersey coast will increase in intensity. 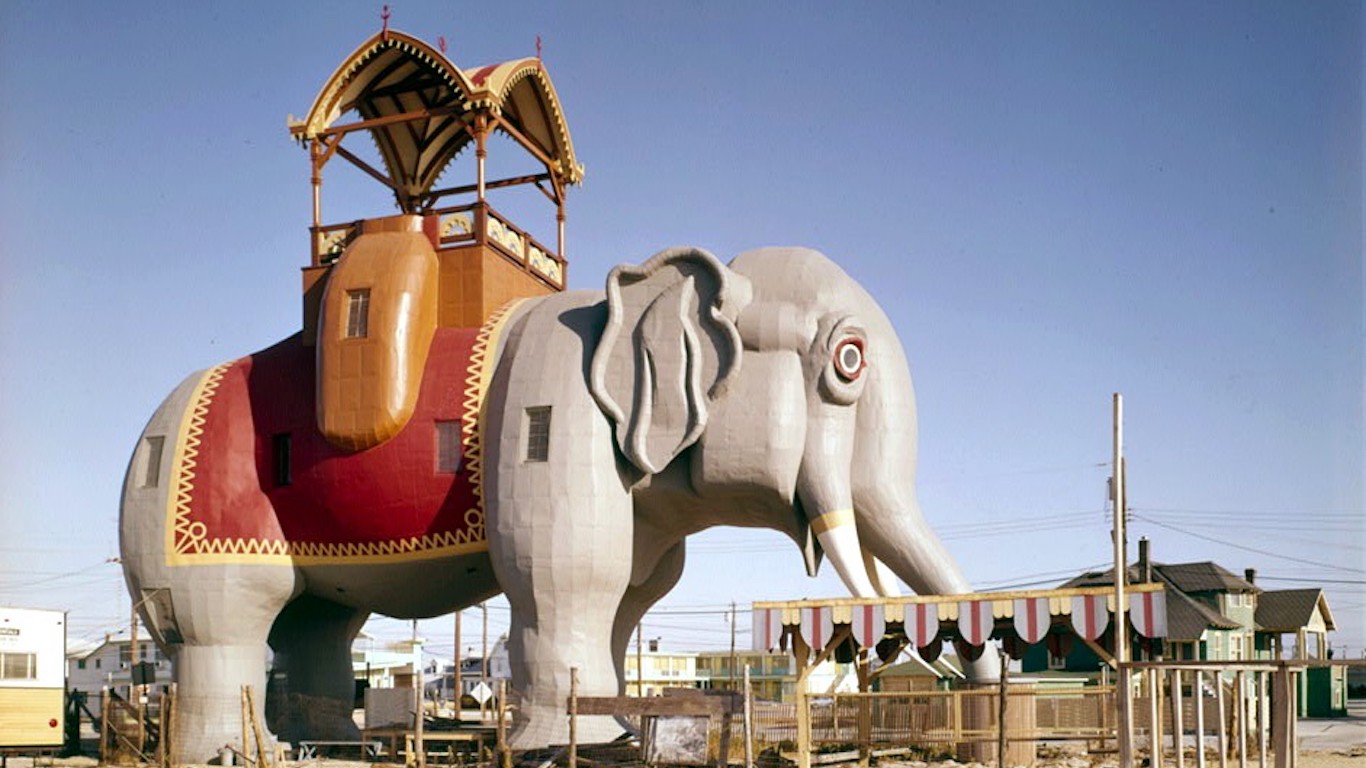 Margate City, New Jersey, is located just south of Atlantic City. The resort community had 229 days of coastal flooding in the 10-year period from 2005 to 2014, more than double the number of coastal flood days from the previous 10-year period, according to a 2016 Climate Central study covered by the New York Times. 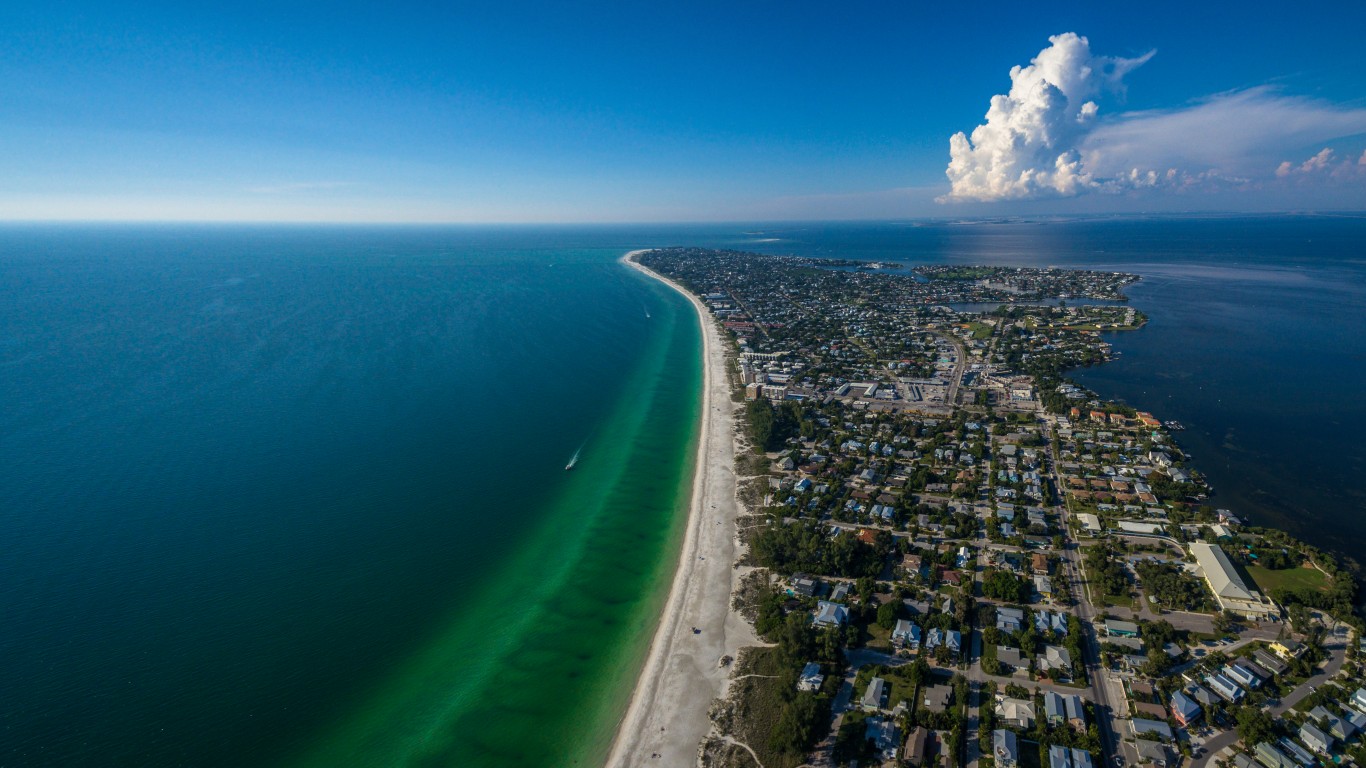 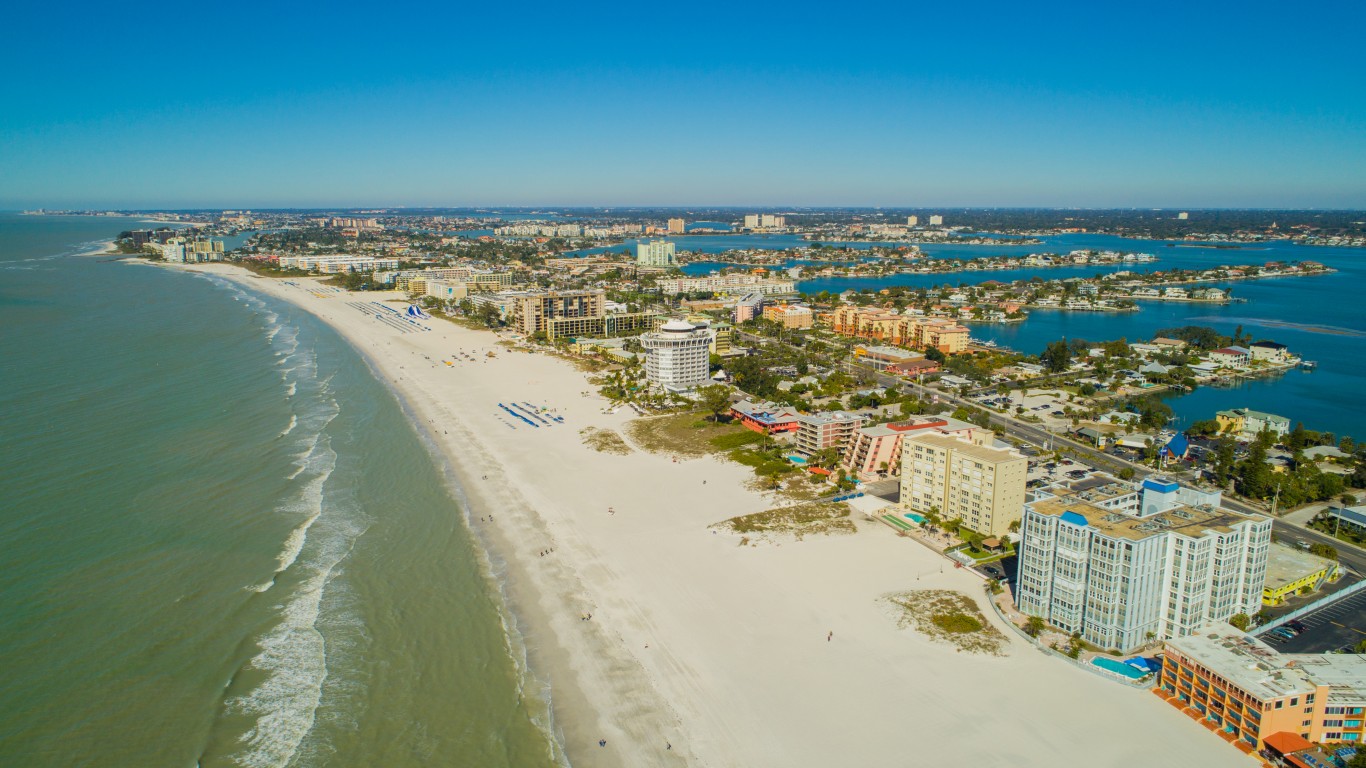 The city of St. Pete Beach, Florida, is a barrier island community, located off the mainland of St. Petersburg. According to the city’s website, nearly 28% of the residences in St. Pete Beach are owned by people claiming primary residence elsewhere. Climate Central said there is a 57% risk of at least one flood over 5 feet occurring at St. Pete Beach between today and 2050. 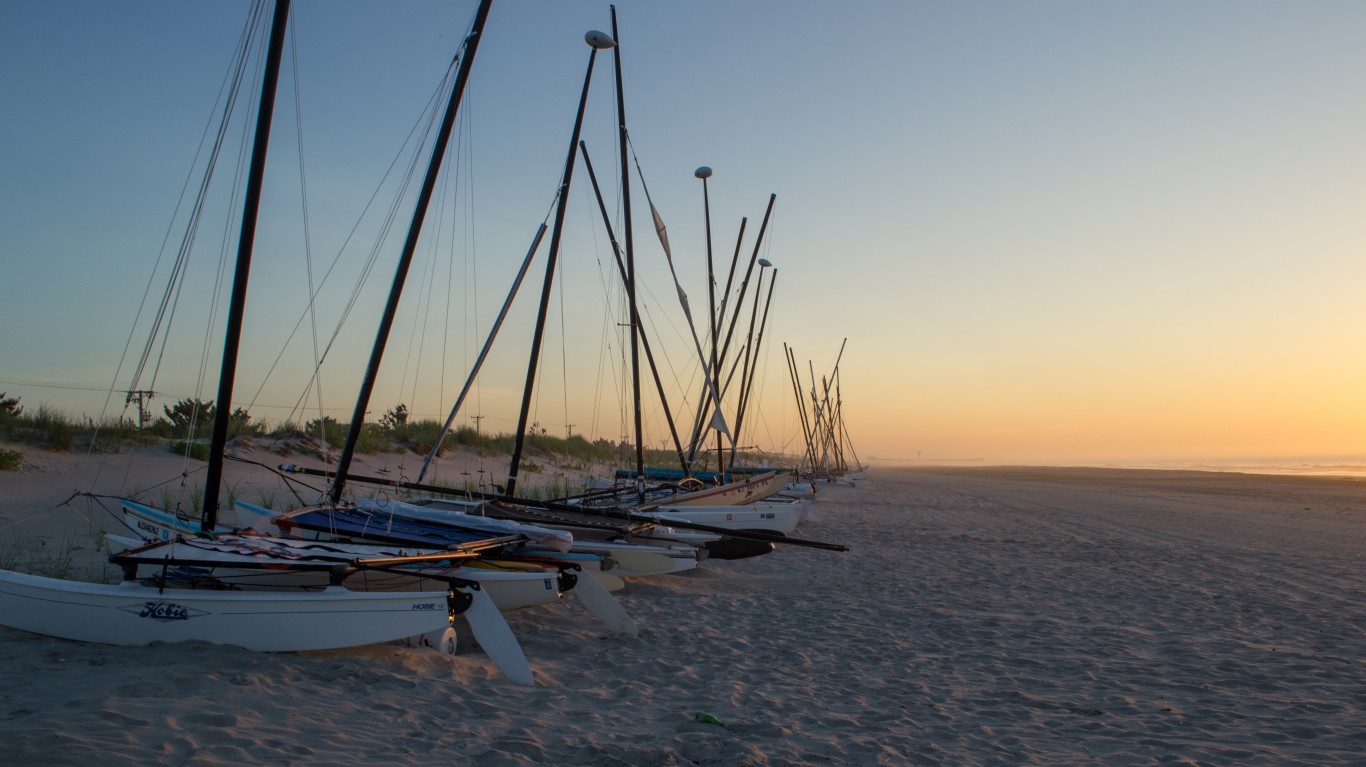 Sea Isle City, New Jersey, located in Cape May County in southern New Jersey, is a resort community whose summer population swells to 20 times the permanent population. It is one of the many Jersey coastal communities that was blasted by Superstorm Sandy in 2012. Currently, over 4,000 area homes are at risk of rising sea levels by 2060 if action is not taken.