Floods Are Most Likely to Destroy Your Home in These Cities

As the coldest areas in and near the Arctic circle and Antarctica melt, sea levels continue to rise. Scientists have repeatedly warned that this activity will cause more frequent, and more damaging flooding. This will not only trigger billions of dollars in damages, it will leave some areas uninhabitable. A new study shows the extent to which some regions, cities as well as states, are much more susceptible to ravaging floods.

An extensive new survey titled “Ocean at the Door: New Homes and the Rising Sea” projected future sea levels and informed about the height above sea level of recent floods. Zillow provided housing data with a portion from Microsoft’s Building Footprints database. Additional data were provided by Climate Central.

The study looked at new homes in areas that would potentially be affected by rising water.

The study’s conclusion was that “If the world makes moderate cuts to greenhouse-gas pollution — roughly in line with the Paris agreement on climate, whose targets the international community is not on track to meet — some 17,800 existing homes built after 2009 will face an at-least 10 percent flood threat each year, on average, by 2050.”

Areas where large numbers of buildings have been built in risk areas, are particular problems. The study’s authors point out that New Jersey, Florida, and North Carolina have seen the most homes built in risk zones, “more than 9,000 since 2010.”

Several cities face similar problems. “24 cities — including New York, Tampa, Virginia Beach, Charleston, and Galveston — have allowed at least 100 homes built in risk zones since 2010,” the researcher wrote. Some of these places are in very flood-prone areas. These are the 30 worst floods in American history.

The problem in the U.S. is present throughout the world. National Geographic recently pointed out that even small increases in ocean levels can have “devastating effects on coastal habitats” well inland from oceans. The magazine adds that the flood problem is exacerbated by hurricanes, typhoons, and storm surges. All of these mean that more and more people worldwide may need to move inland. These are the beach towns that will soon be underwater.

The authors of “Ocean at the Door: New Homes and the Rising Sea” do not suggest any solutions. However, it is not hard to see that continued building in areas likely to flood will be both dangerous and expensive. 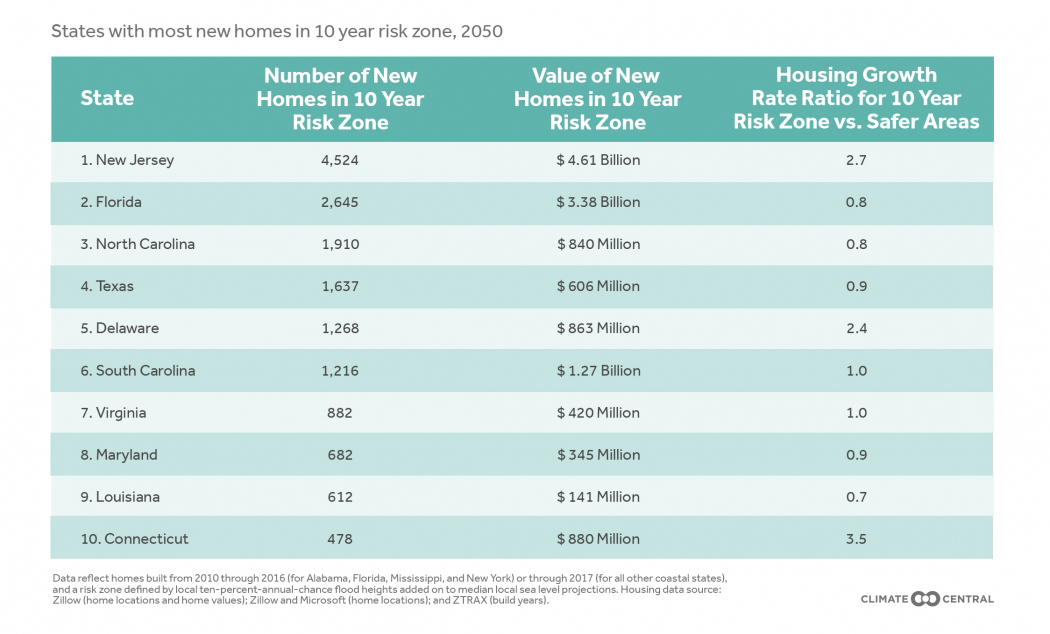 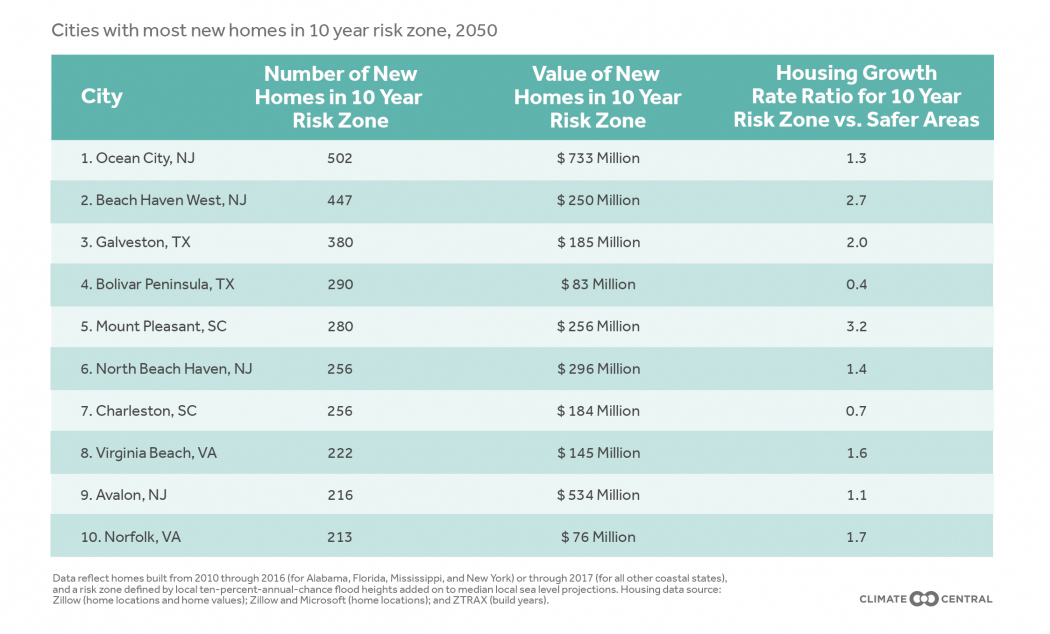 With Interest Rates to Remain Low for Years, Buy This Sector for Income and...

Largest Wildfire in American History Was in 1871