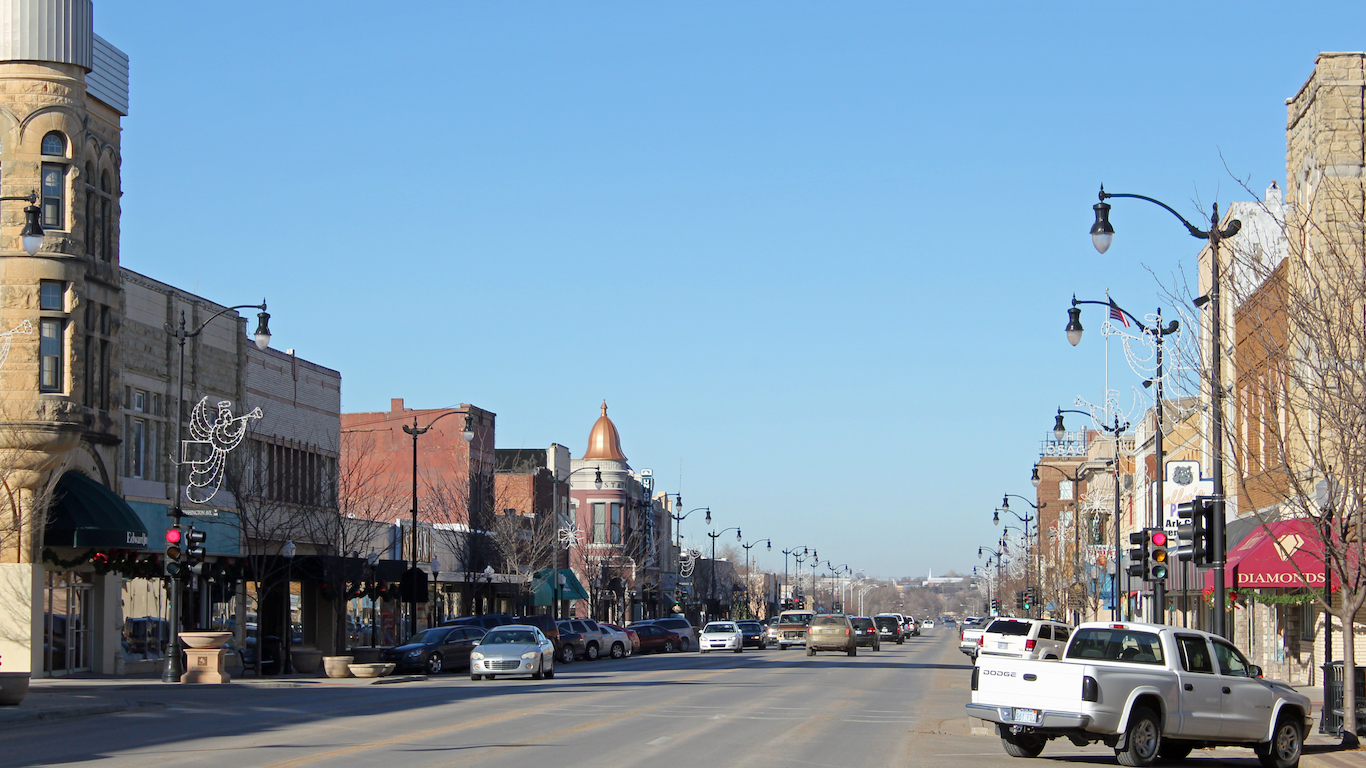 Arkansas City is a small city in southern Kansas just north of the Oklahoma state border. Many of the most desirable American cities to live in are reporting booming populations and high real estate values. Meanwhile, as the worst city to live in in Kansas, Arkansas City has lost 2.4% of its population over the last five years, and the typical home in the area is worth just $69,400, less than the median home value in over 90% of U.S. cities.

A relatively large share of people living in Arkansas City are struggling financially. More than one in every five area residents live below the poverty line, compared to 12.8% Kansas residents. 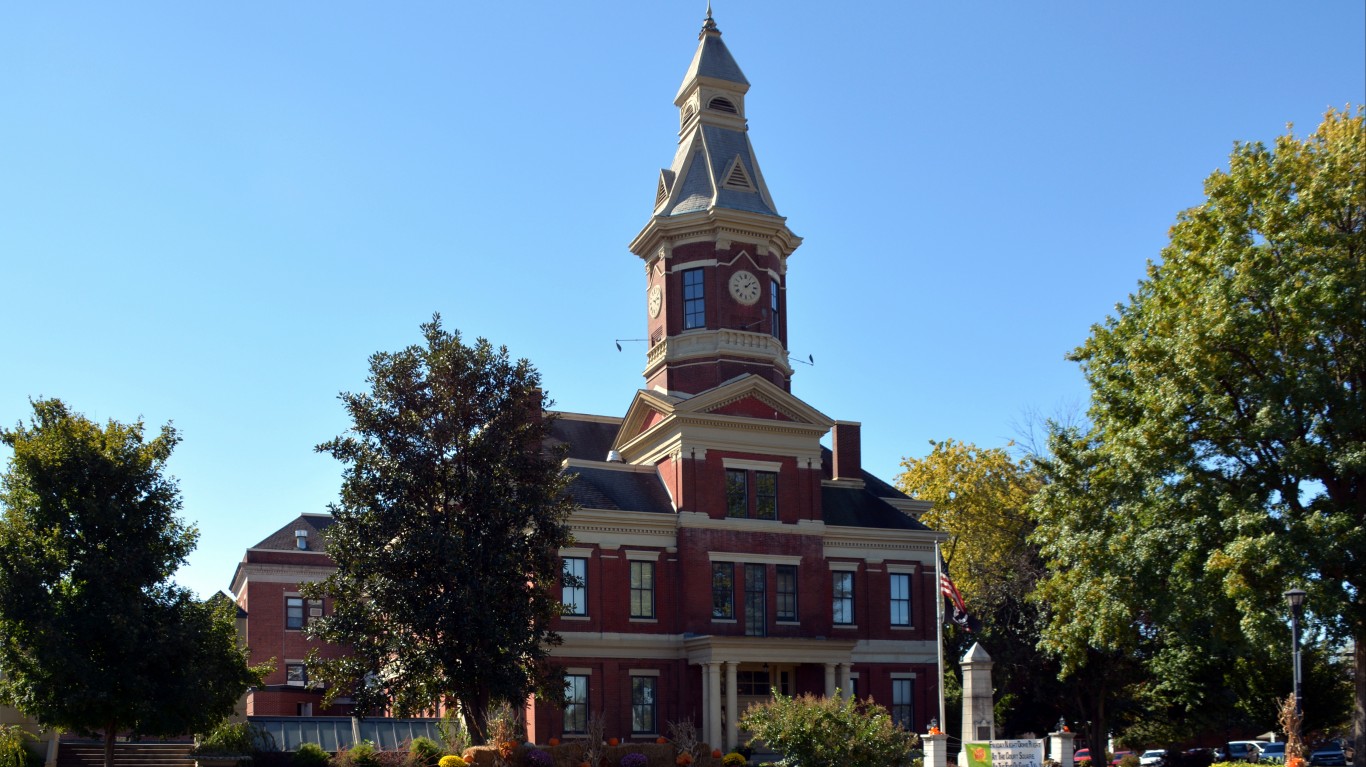 A high incidence rate of property crime like burglary and motor vehicle theft can detract considerably from quality of life in any city. In Mayfield, Kentucky, there were 5,385 property crimes for every 100,000 people in 2017, more than double the state and national property crime rates.

Widespread joblessness is also a problem in Mayfield. The Census estimates that 8.9% of the city’s workforce is unemployed, compared to the 4.0% state unemployment rate. The lack of jobs may partially explain low incomes. The typical household in Mayfield earns just $25,910 a year, well below the median annual household income across the state of $46,535. 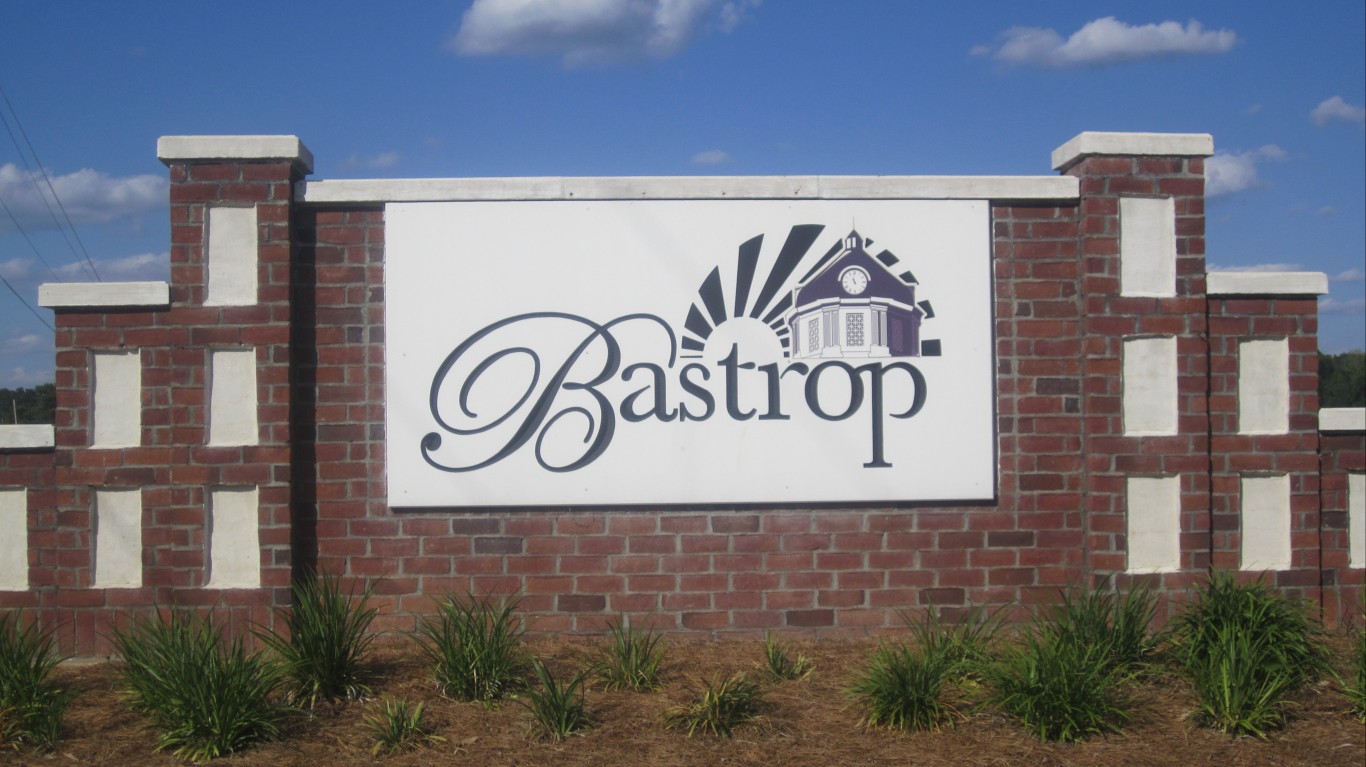 With a violent crime rate of 557 incidence per 100,000 people, Louisiana is one of the most dangerous states in the country. In Bastrop, a small city in the northern part of the state, crime is even more concentrated. There were 1,511 violent crimes for every 100,000 people in the city in 2017. Crime is often concentrated in lower-income areas, and in Bastrop, 43.5% of the population lives below the poverty line, compared to the state’s 19.6% poverty rate.

In any city, job growth is a positive economic indicator that can have far reaching social and economic benefits. Bastrop, however, has been shedding jobs in recent years. Over the last five years, the number of people working in the city fell by 6.9%. 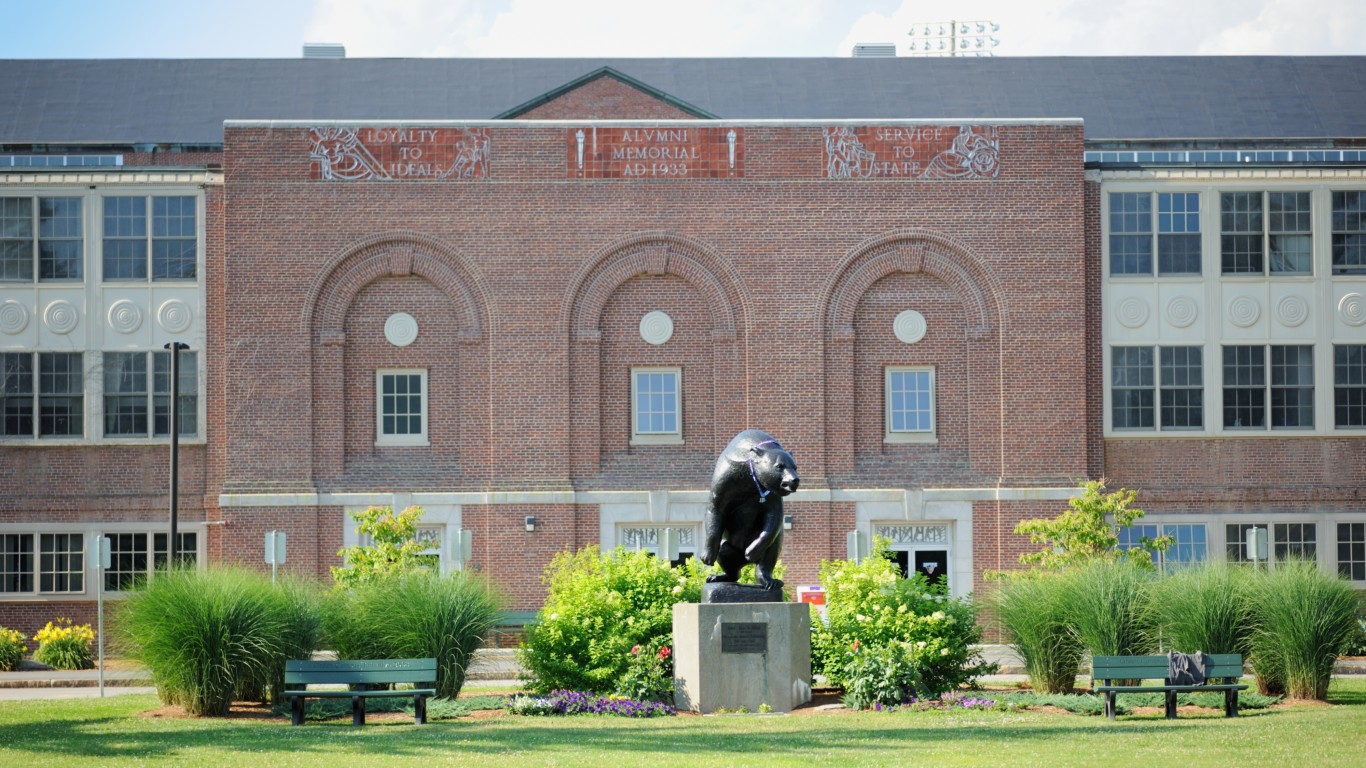 With a poverty rate of 37.5%, Orono is by far the poorest city in Maine. The widespread financial hardship is likely due in part to the weak job market. Over the last five years, employment in Orono has fallen by 4.2%. The Census estimates that 6.0% of the labor force in Orono is out of a job, well above the 3.3% state unemployment rate.

Orono residents also do not have much in the way of culture and entertainment options. There is a far lower concentration of places like bars, restaurants, and museums in the city than there are nationwide. 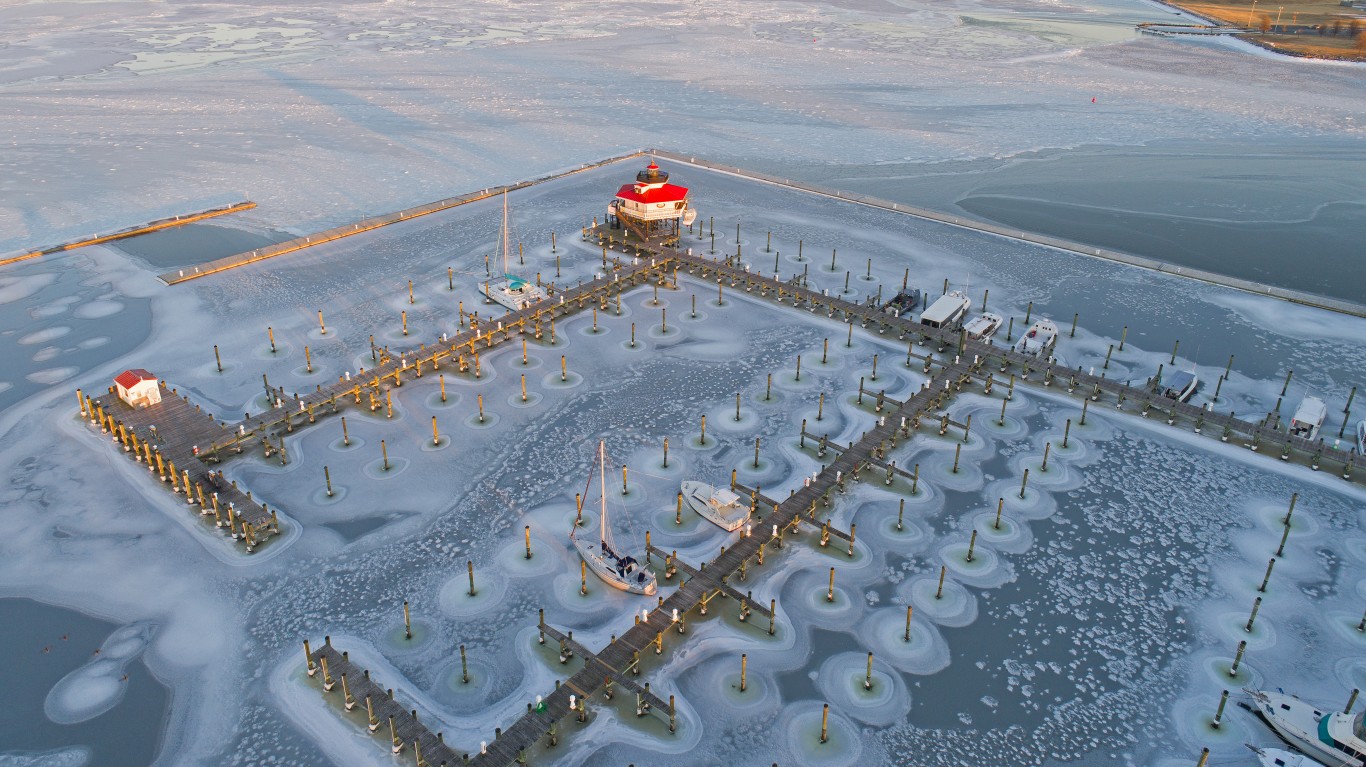 Maryland is the wealthiest state in the country by median income, but not all parts of the state are equally prosperous. In Cambridge, a small city in the Delmarva Peninsula, about one in every four residents live below the poverty line, more than double the 9.7% poverty rate across Maryland. The city’s relatively high cost of living adds to the financial burden of Cambridge’s poorest residents as goods and services there are about 5% more expensive than they are nationwide on average.

Crime can detract from the quality of life in any city, and in Cambridge, violent crimes like robbery an aggravated assault are relatively common. There were 1,299 violent crimes for every 100,000 people in Cambridge in 2017, well above the comparable state rate of 500 per 100,000.