The Worst Teams to Win a Championship 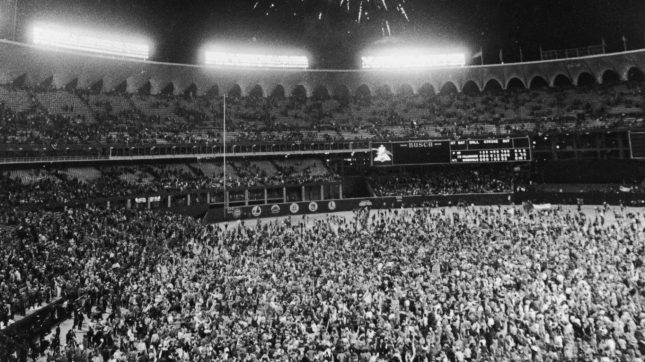 With 11 World Series titles, the St. Louis Cardinals franchise has put together some incredible teams. The 1982 squad is one of the most surprising championship teams it ever had. World Series winners tend to win more than 60% of their games during the regular season, but this team won less than 57%. The Cardinals were slumping toward the end of the season, losing five of their final seven games. Like all good teams, however, they got hot at the right time, sweeping the Atlanta Braves to win the NL pennant before beating the Milwaukee Brewers in seven games to win the World Series.

Based on their 91-71 record, the Phillies were the worst team to make the 1980 MLB playoffs. Philly barely got to the World Series, surviving two straight 10-inning games in the NLCS against the Houston Astros to keep their hopes alive. The team got some good fortune when the dominant, 103-win Yankees lost to the Kansas City Royals, providing an easier World Series matchup. The Royals and Phillies played six close games, but Philadelphia eventually triumphed 4-2, giving the franchise its first World Series title.

The 1997 Florida Marlins were historic, but maybe not in the way you’d expect. They became the first Wild Card team to make it to and win the World Series, just two seasons after the Wild Card game was introduced. And the Marlins were barely able to make their franchise’s first postseason appearance, after losing seven of their final nine games. But Florida stunned the Giants and the Braves before beating the Indians in a thrilling seven-game World Series, culminating with a walk-off RBI single in the 10th inning.

The average NBA championship team wins more than 70% of its regular season games. But the Seattle SuperSonics had a .634 winning percentage, despite finishing first in the Western Conference. Their point differential of just 2.7 is also far lower than you would expect from a championship team, but the Sonics consistently found ways to win close games, eventually culminating in the franchise’s first, and only, NBA title.

The Montreal Canadiens did little to distinguish themselves as Cup contenders during the 1992-92 NHL regular season, finishing third in their division and fourth in their conference. The Habs hit their stride in the playoffs, losing just four games in all four playoff series. The team scored three or more goals in 14 of their 20 postseason games to win the 1993 title — the last time any Canadian team was able to win the Stanley Cup.