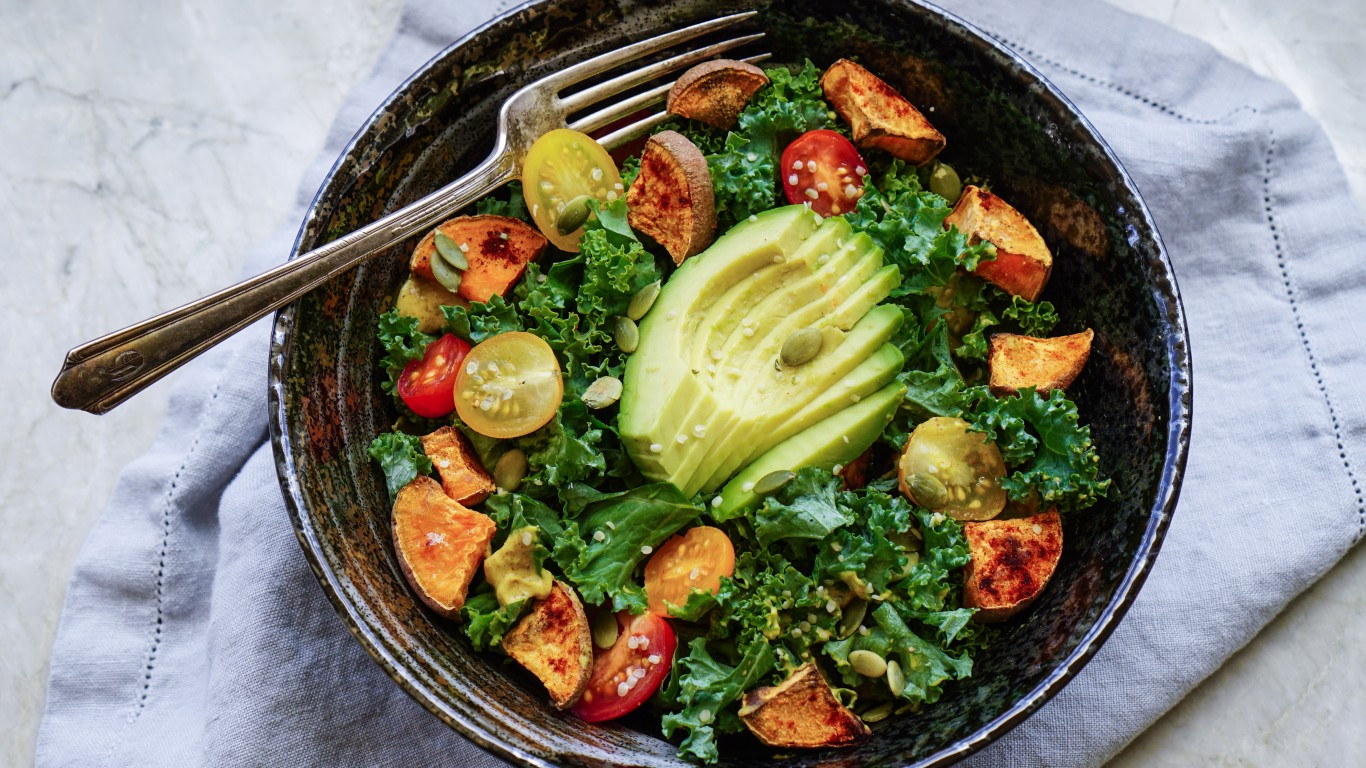 The paleo diet (also called the caveman diet) was first proposed in 1975 by gastroenterologist Walter Voegtlin, an apparent white supremacist and eugenicist who proposed the mass slaughter of dolphins and tigers in the same book in which he recommended a diet based on plants and meat but eliminating dairy and grains on the grounds that our Paleolithic ancestors didn’t consume them. It got a boost from a more credible author in 1988, and many supporting publications appeared in the 2000s, but became a hot trend only in this decade, after such celebrities as Jessica Biel, Kobe Bryant, and Miley Cyrus advocated for it. It seems lost on paleo fans that however healthy our ancient ancestors might have been, their average life expectancy was 35 years. 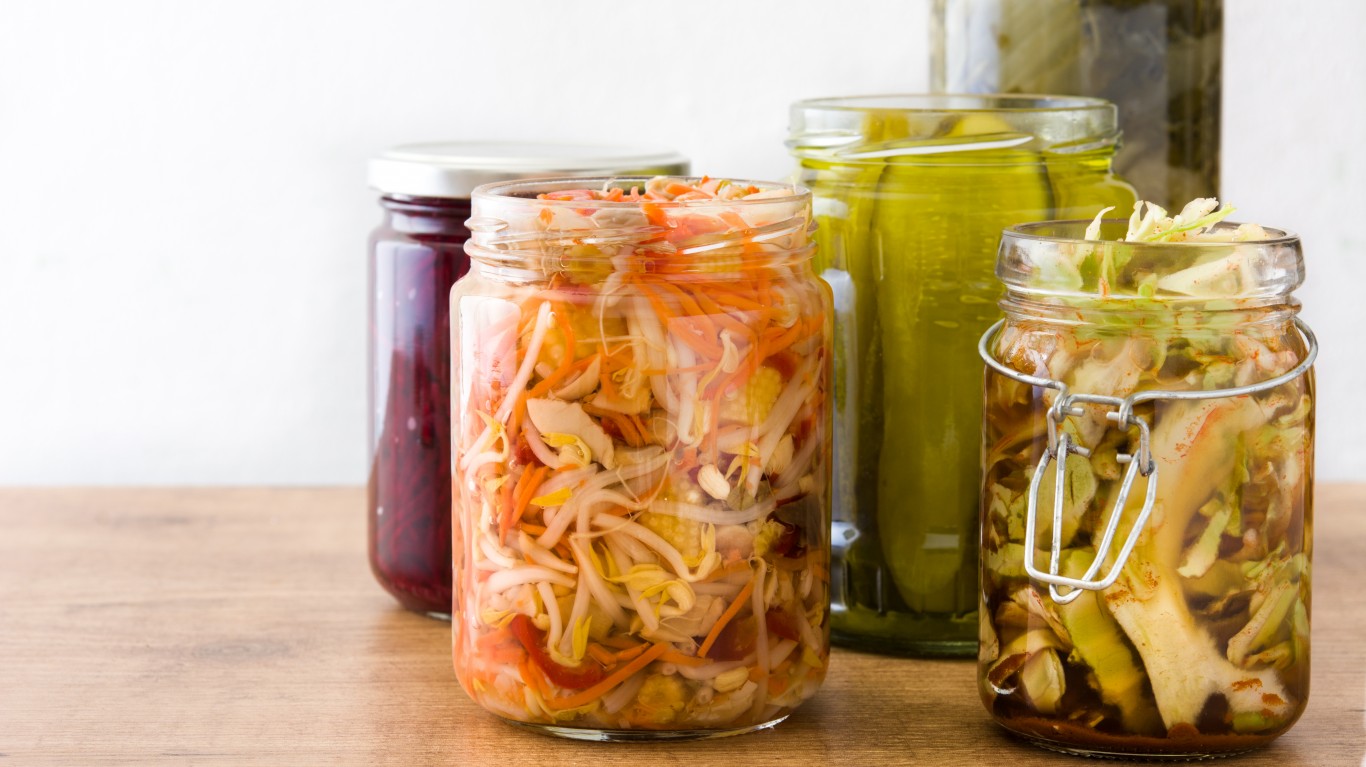 Probiotics — living organisms like bacteria and yeast that have reputed health benefits — have been around since prehistoric times, though the term dates only from the 1950s. Probiotics first became popular in the U.S. in the 1990s, but increased dramatically in popularity in the early 2010s. In 2007, only about 865,000 U.S. adults used probiotics or prebiotics (indigestible fibers on which bacteria feed), but by 2012 that number had reached close to 4 million. A 2015 survey found that they had become the third most commonly used dietary supplement in this country after fish oil and glucosamine and chondroitin (used to treat osteoarthritis). 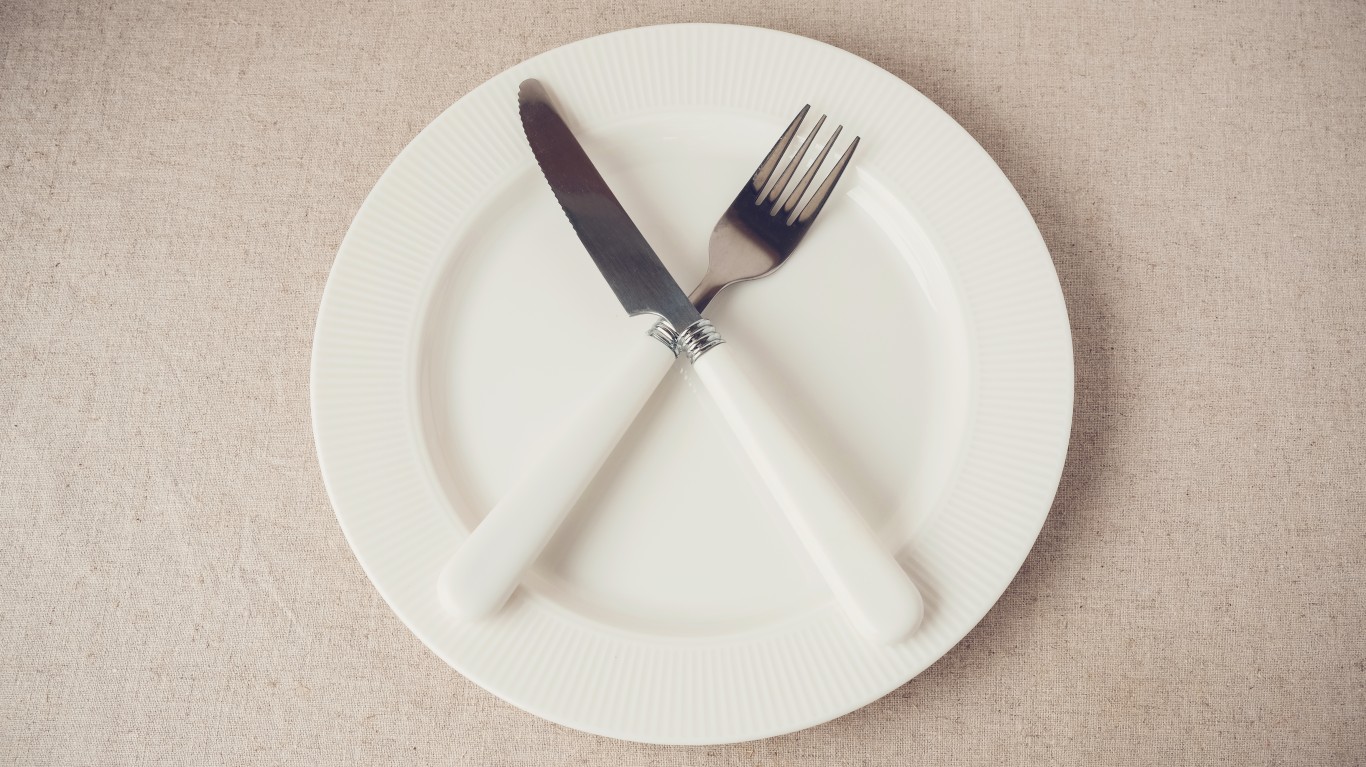 The term “intermittent fasting” can mean various things, among them eating only one meal a day, restricting calorie intake substantially for two or three days a week (typically 500 calories for women, 600 for men), or following such eating patterns as 16:8 (condensing all the day’s food consumption into one eight-hour period and avoiding food for the other 16). The practice is thought to induce weight loss, lower the risk of developing type 2 diabetes, and even help prevent cancer, among other health benefits. Though people have fasted for eons — whether for reasons of health or religion or simply because enough food wasn’t available — but the modern-day trend began in England in 2010 and reached America several years later. 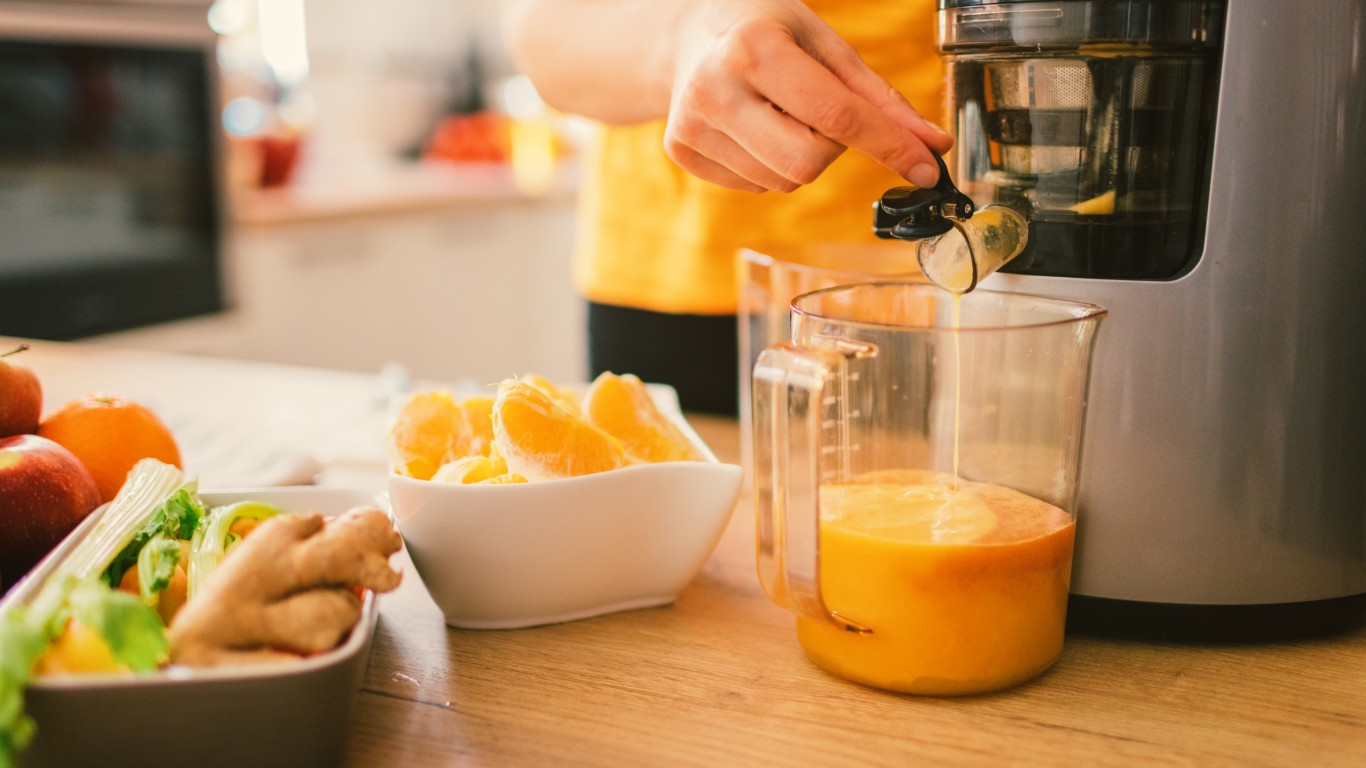 Juicing is the practice of drinking only fruit and vegetable juices for days or even months at a time. This is said to help with weight loss and “detox” the system (the regimen is sometimes called a “juice cleanse”). Sales of expensive juicers — they can cost between $50 and $400 — soared 71% between 2011 and 2012. Some studies have reported that juicing isn’t all that healthy, but that hasn’t stopped such marquee names as Blake Lively, Colin Farrell, and the inevitable Gwyneth Paltrow from embracing the trend. 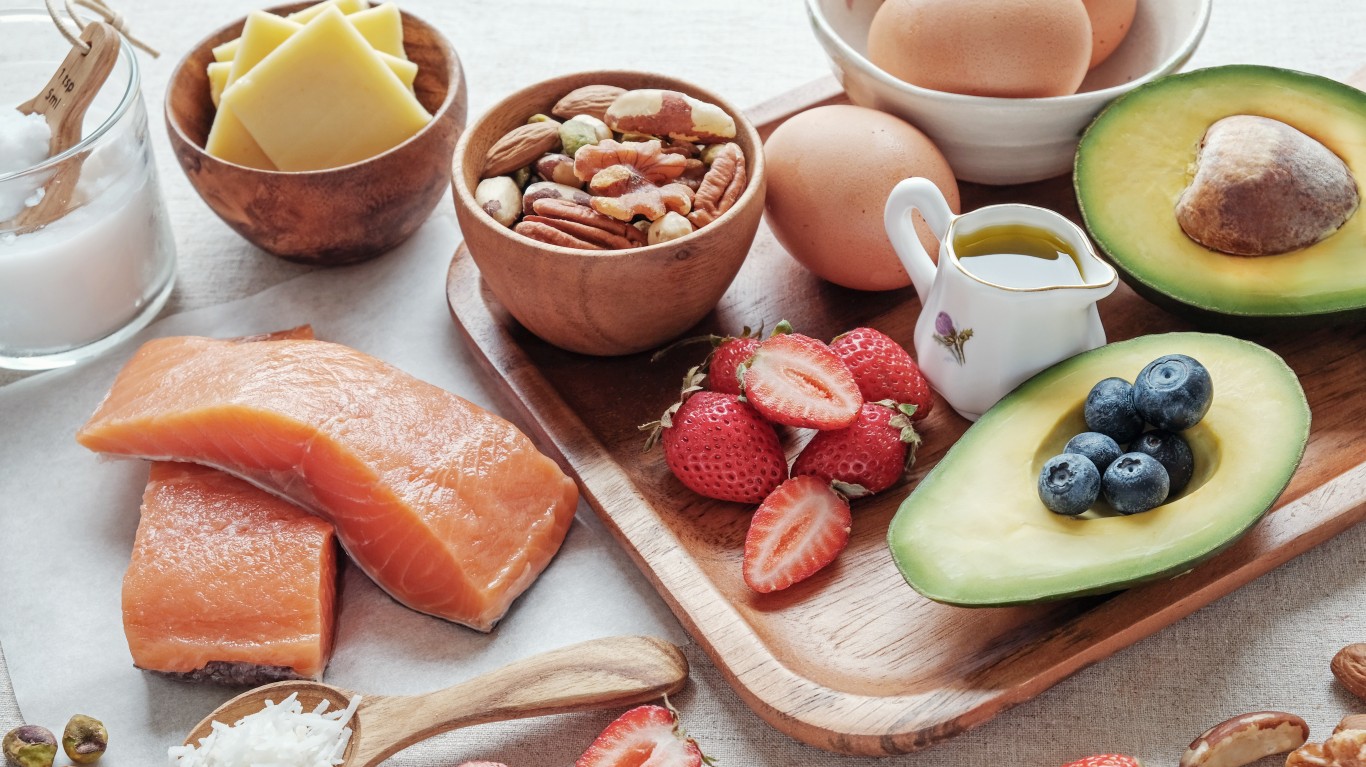 The keto diet, a high-fat regimen with severely limited carbohydrates, was originally developed as a treatment for epilepsy. “Keto” is short for ketogenic, meaning producing ketones — acidic chemicals released by the liver when the body has insufficient insulin. The standard version of the diet, which promotes weight loss and helps fight diabetes and other conditions, contains 75% fat, 20% protein, and only 5% carbs. Though some doctors warn that the diet could cause low blood pressure, nutritional deficiencies, and an increased risk of heart disease, among other things, keto was hailed as “the most popular diet of 2018,” with Google searches for the term far exceeding those for “paleo” or “intermittent fasting.”