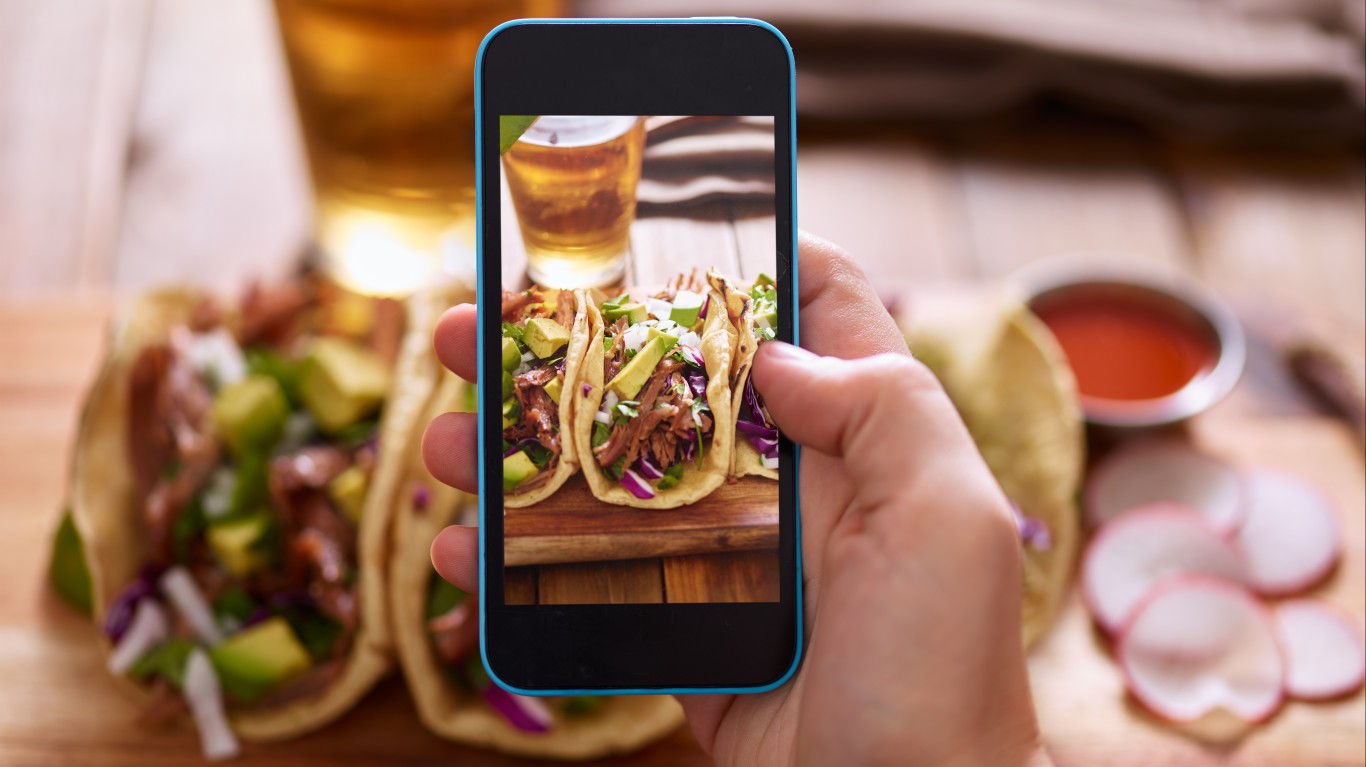 The first food photo on Instagram — before it was even called Instagram — was posted from a taco stand in Mexico by the app’s co-founder and CEO Kevin Systrom in mid-2010. Today, more than 130 million Instagram posts are hashtagged #foodporn. By 2013 articles were being written about the influence of Instagrammers on chefs, with the phrase “camera eats first” — meaning take a picture before you take a bite — used as early as 2015. A survey conducted in 2017 by the market research company Maru/Matchbox found that 69% of those aged 18 to 34 took a photograph or video of food they were about to eat and posted it on social media. (The percentages dropped significantly to 45% for 35- to 49-year-olds and 21% for those over 50.) 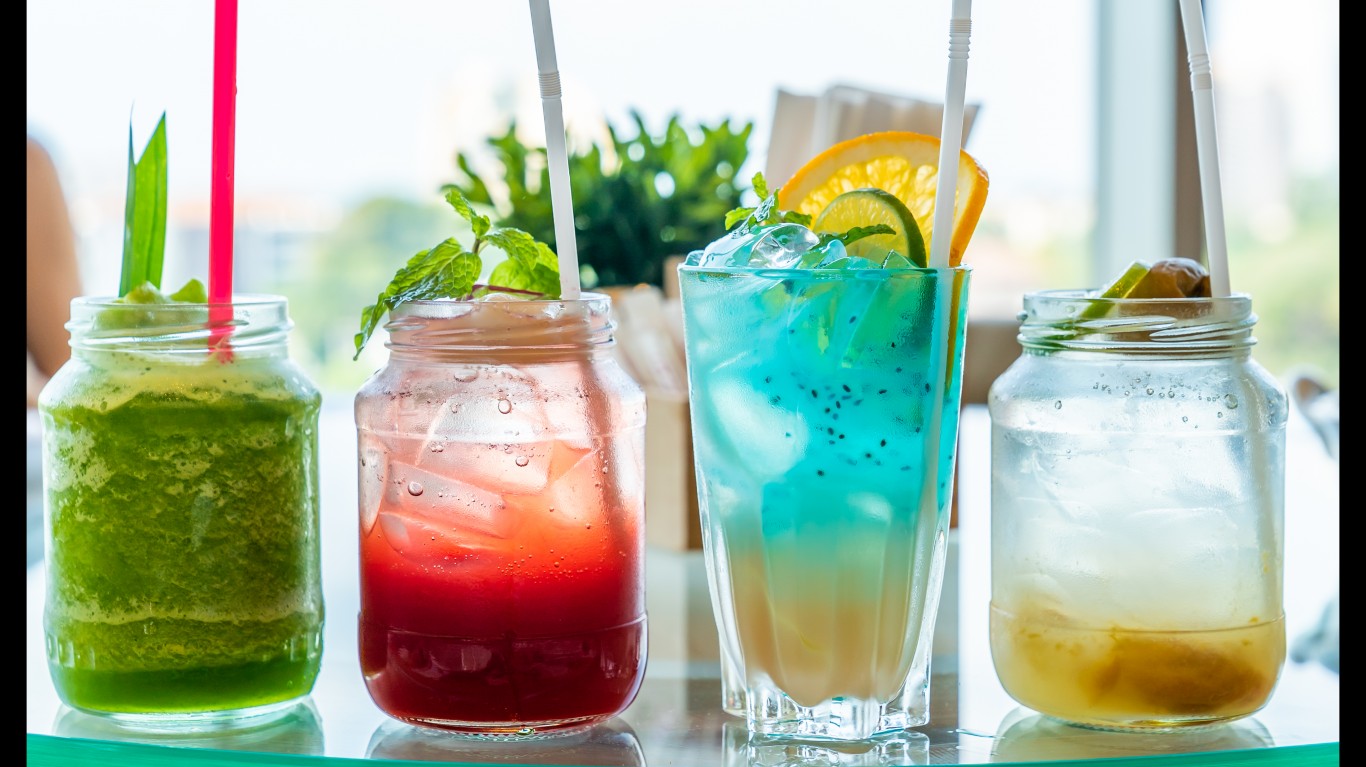 It all started with the “Dry January” movement, launched in 2012 by the British alcohol awareness group Alcohol Concern. The movement migrated to the U.S. soon afterwards, and it is said that one in five Americans now participates. Dry July and Dry September have started gaining traction too. As NPR put it, “[A]cross the U.S., …people are challenging each other to see what life is like without alcohol…” This doesn’t mean that people are turning wholesale into teetolalers, just that they’re experimenting with short breaks, which save them money, improve their health, and inspire new ways to socialize. The proliferation of imaginative mocktails and non-alcoholic spirits (see below) makes the temporary abstinence easier. “Nondrinkers tired of feeling like party-poopers when they order soda water or iced tea in social situations are one ripe audience for the infusion of sophisticated booze-free options,” according to the Chicago Tribune.

ALSO READ: The Biggest Food Fads of the Past 50 Years 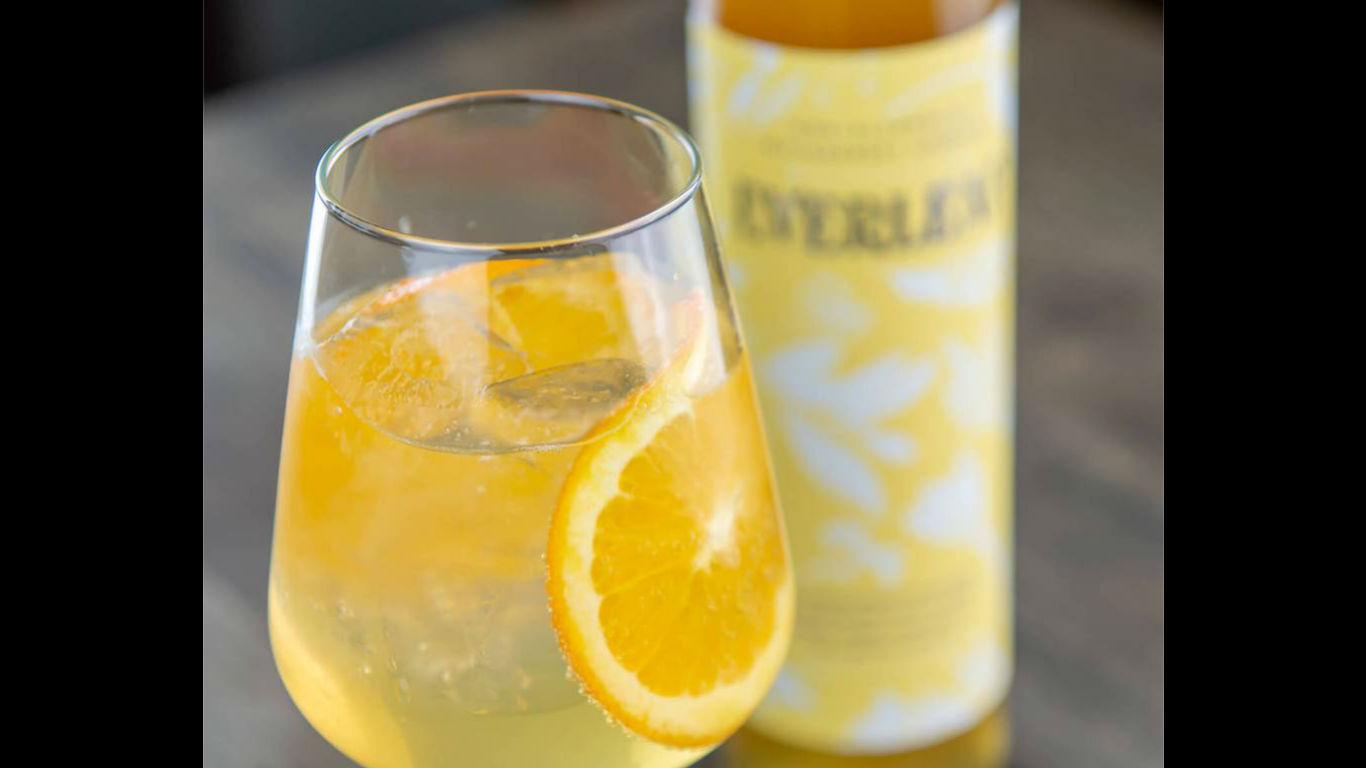 Millennials tend to drink less than they used to, over health concerns, a preference for cannabis, or interest in the “sober curious” movement (see above). “Mocktails” are ubiquitous these days, with good selections offered even at high-end restaurants and trendy bars. But in the past few years, big liquor companies like Pernod Ricard and Diageo, as well as smaller independent operations, have been producing bottled spirits containing little or no alcohol. These contain botanicals and other ingredients meant to suggest some of the same flavors found in actual liquors. Among them are Everleaf, an apéritif made with 18 different plants; Slange Var, a Scottish drink made with honey, lime, and ginger; and Celtic Soul, described by its maker as “a non-alcoholic blend of carefully distilled dark spirits.” “We are what veggie burgers are to beef, what almond milk is to dairy,” Marcus Sakey, co-founder of another non-alcoholic spirits brand, Ritual, told the Chicago Tribune. 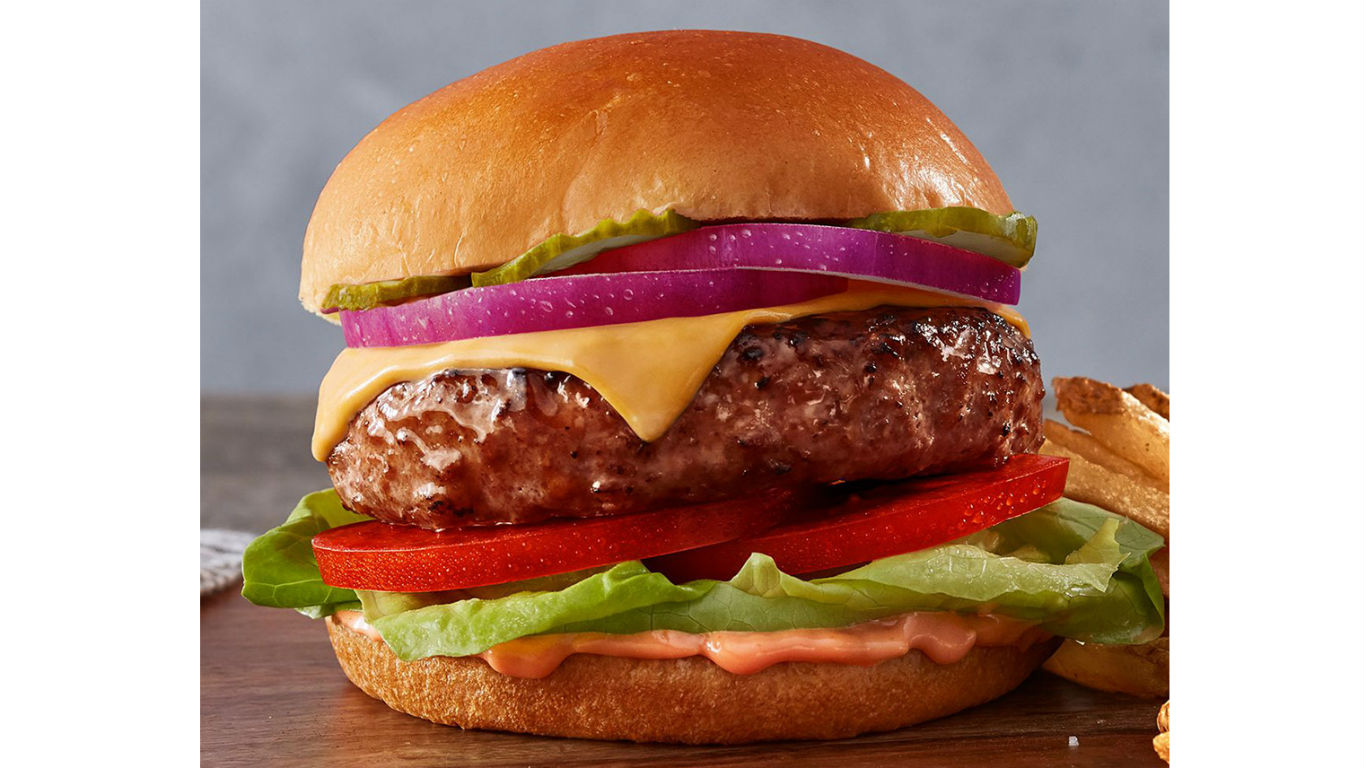 Source: Courtesy of Beyond Meat / beyondmeat.com

Modern-style veggie burgers were invented by London restaurateur Gregory Sams in 1982, and ever since then, vegetable patties have been a staple of supermarket freezer cases and vegan-friendly restaurants. About a decade ago, though, the game changed with the founding of two different California companies — Beyond Meat and Impossible Foods — that developed new products whose flavor and texture approximated those of actual ground beef. Today, an ever-increasing number of restaurant chains have been adding products made by these firms and smaller competitors to their menus — among them Burger King, Carl’s Jr., White Castle, Subway, Dunkin’, Dave & Buster’s, The Cheesecake Factory, Hard Rock Cafe, and T.G.I. Friday’s. The Impossible Burger is now sold in more than 17,000 restaurants, and appeared in supermarkets in September. Beyond Meat, meanwhile, claims to be in “over 58,000 grocery stores, restaurants, hotels, universities and beyond.” 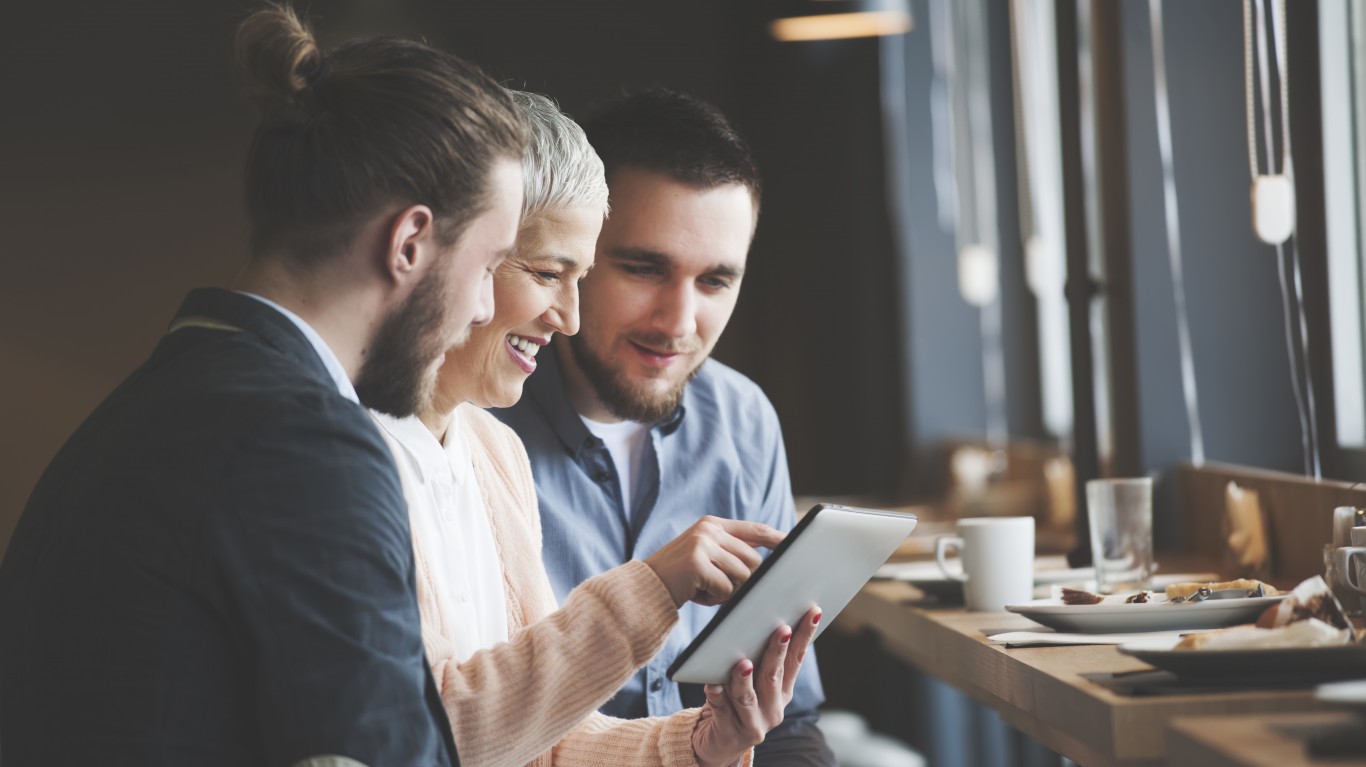 The restaurant industry is already using technology in many ways, with self-service ordering kiosks, handheld payment terminals, computerized cooking equipment, and other innovations becoming commonplace. Since the early 2010s, diners have also been confronted increasingly with digital menus (using software from companies like MenuPad and eMenu) and wine lists (Uncorkd and Wine List, among others). These allow restaurants to provide their customers with photos of finished dishes and background information on virtually any food and drink they offer — and they can be updated instantly when specials are added or wines run out.