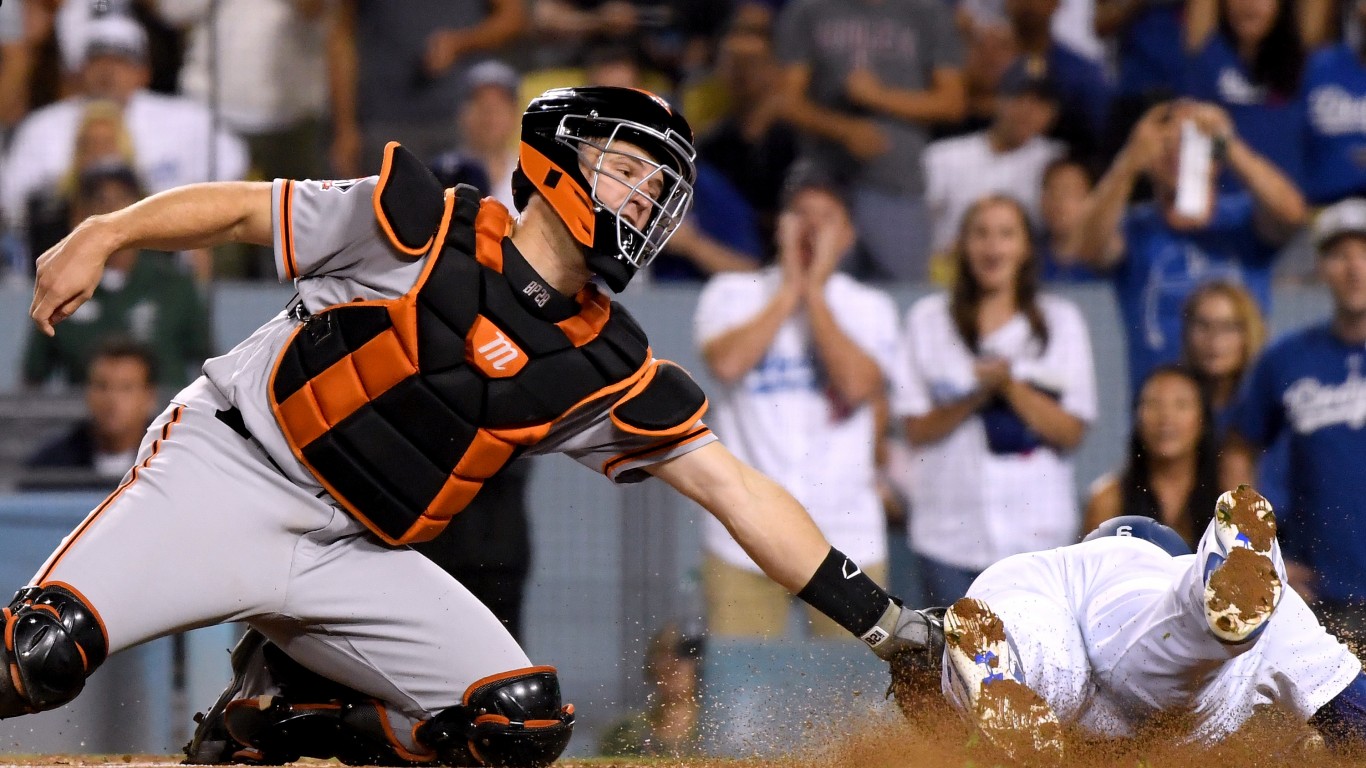 These two California cities’ teams share a legendary rivalry, with well over 1,400 games played, extending back to their days as New York City teams (the New York Giants and the Brooklyn Dodgers.) The series is relatively even between the two teams, both in terms of their general success in the league and their success against each other. The history of these two teams is marked with violence both on the field and in the stands. In 2013, a Dodgers fan was fatally stabbed outside of the Giants’ AT&T Park. After being traded to the Giants, Dodgers legend Jackie Robinson famously opted to retire rather than play for his team’s bitter rival. 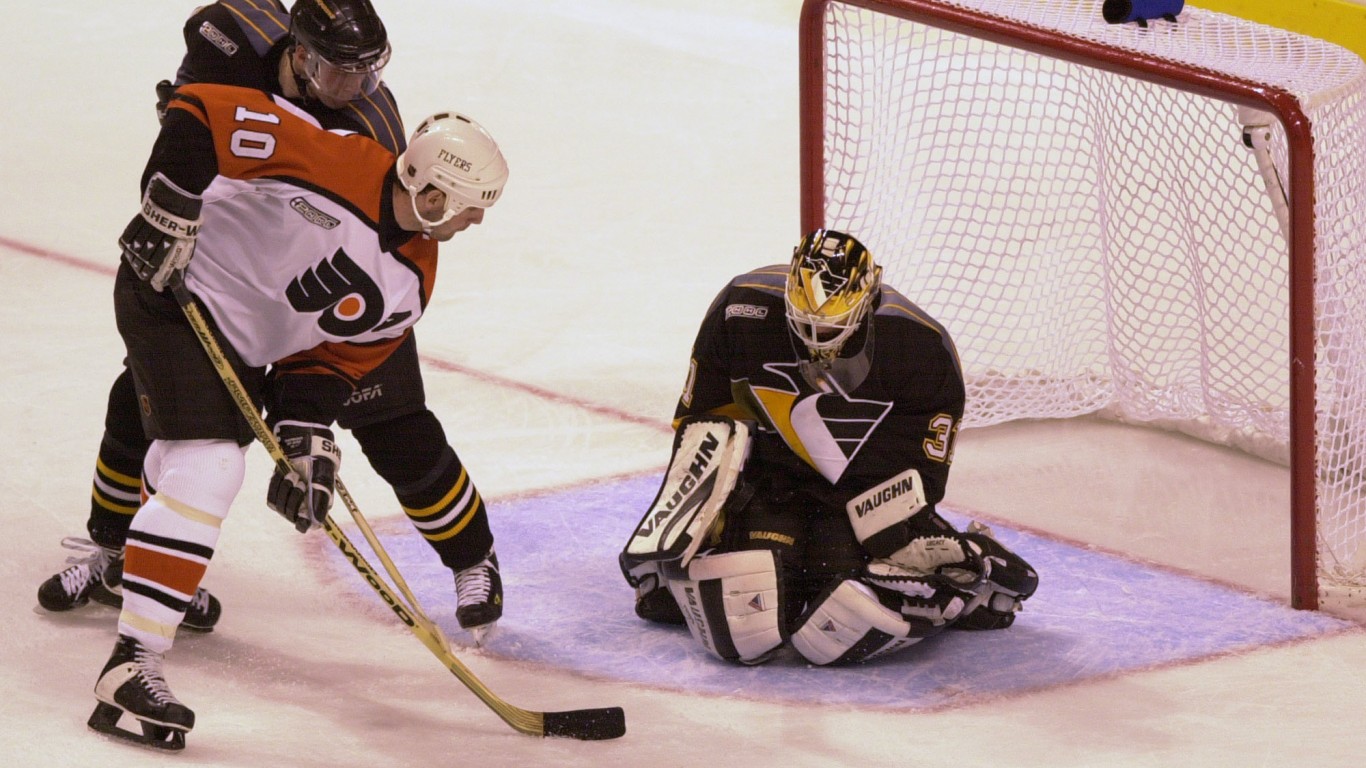 The Battle of Pennsylvania is one of the most intense not just in the NHL, but any sport. The two teams met most recently in the playoffs in 2018, when Pittsburgh eliminated the Flyers in five games.

While Pittsburgh has had the upper hand lately, Flyers fans may look fondly on “The Streak.” For 42 straight games, stretching over a period of 15 years, the Penguins could not beat the Flyers at their home arena. The best they could do was reach a tie, which they did three times.

24/7 Wall St.
Most Iconic Sports Moments of the Decade 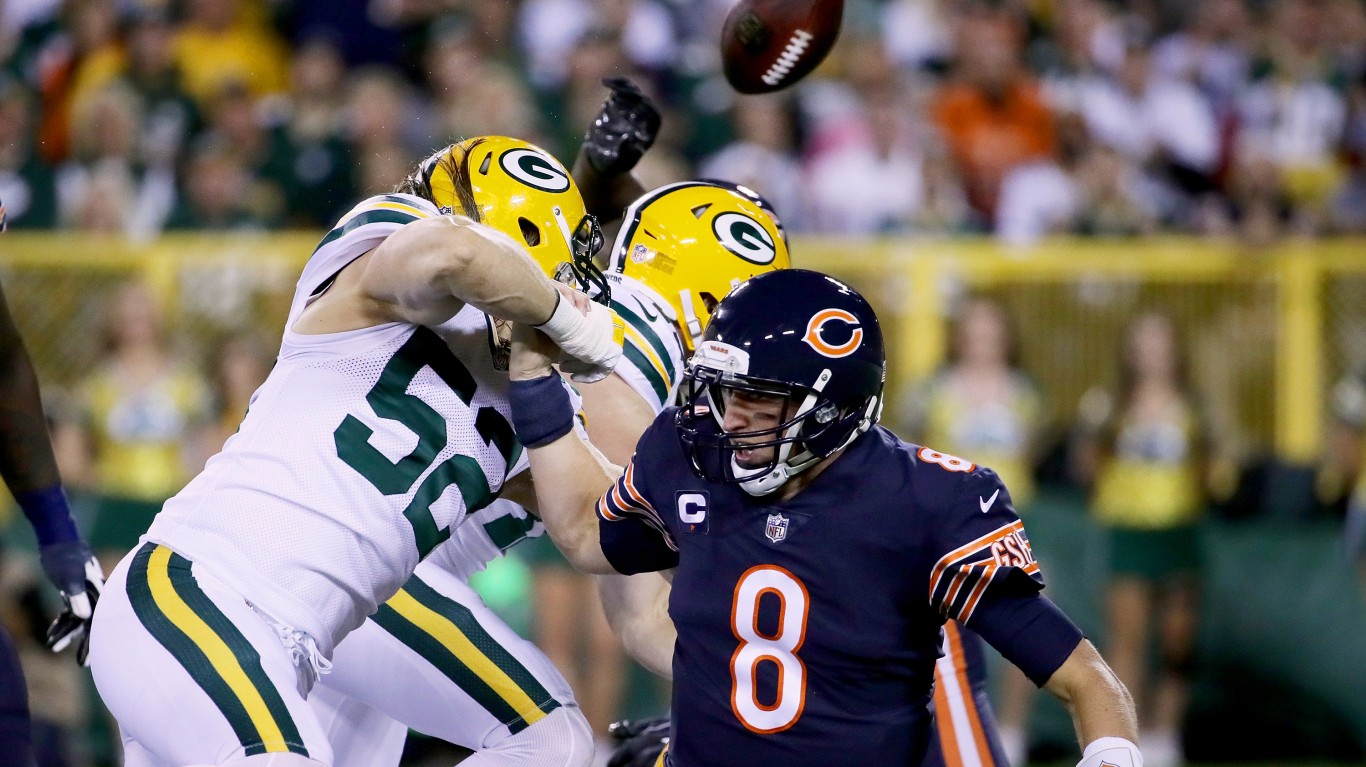 Bears vs. Packers is the NFL’s oldest and greatest rivalry. For nearly a century, these teams have battled, with Green Bay holding a slight edge in victories, 98-95. The rivalry surpasses all others in the NFL as the two teams are the most successful in NFL history — the Packers have 13 NFL championships, four of them Super Bowls. The Bears have nine titles, one in the Super Bowl era.

The rivalry has often featured some of the greatest coaches in NFL history, be it Lambeau or Lombardi for the Packers or Halas or Ditka for the Bears — not to mention Hall of Fame athletes like Sayers, Singletary, Favre, and Starr. 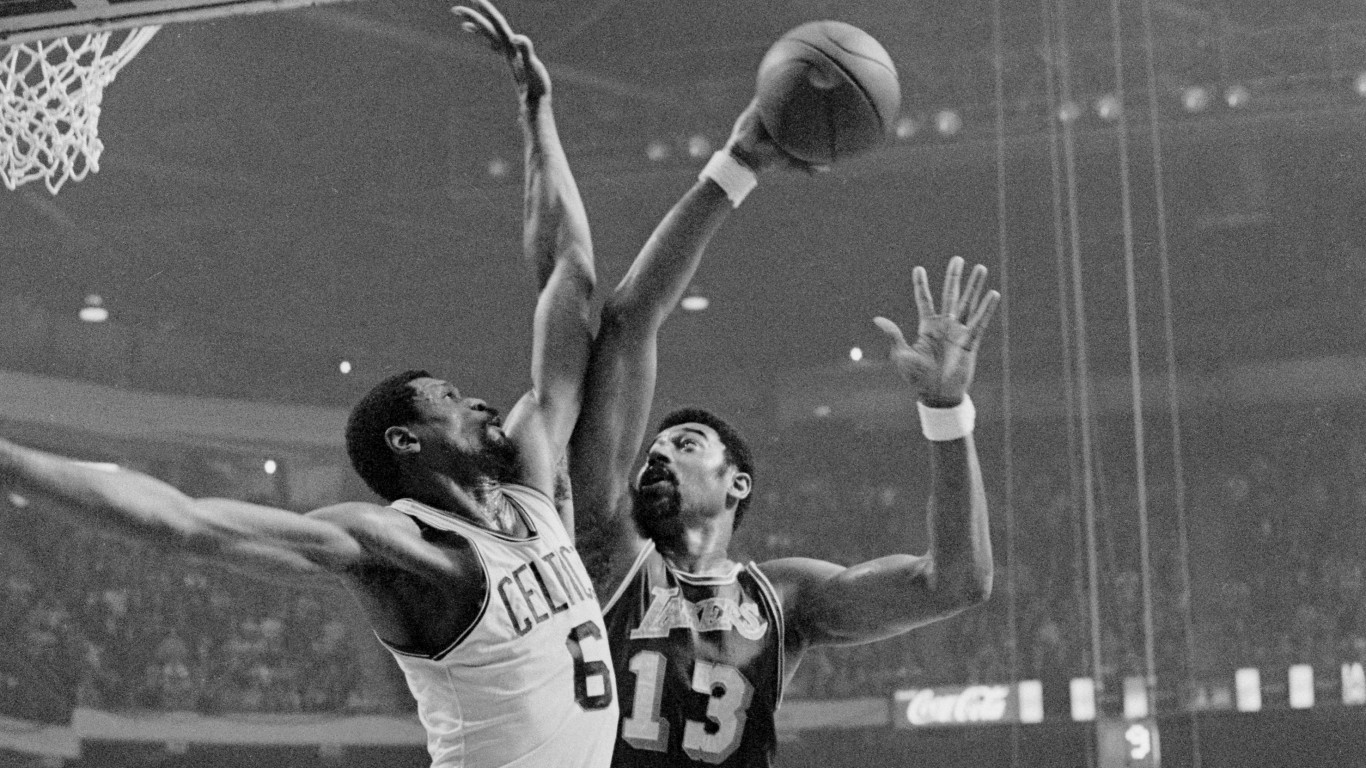 No other rivalry in basketball even comes close to the Los Angeles Lakers and the Boston Celtics. The rivalry extends through multiple generations of superstars on both teams — Bill Russell and Wilt Chamberlain, Larry Bird and Magic Johnson, Kobe Bryant and Paul Pierce. Of the Celtics’ 21 NBA finals appearances, 12 have been against the Lakers (the most any two NBA teams have faced each other in the finals) including five of the last six. The Celtics have won nine of these 12 matchups, but the Lakers took the most recent one, in 2010. 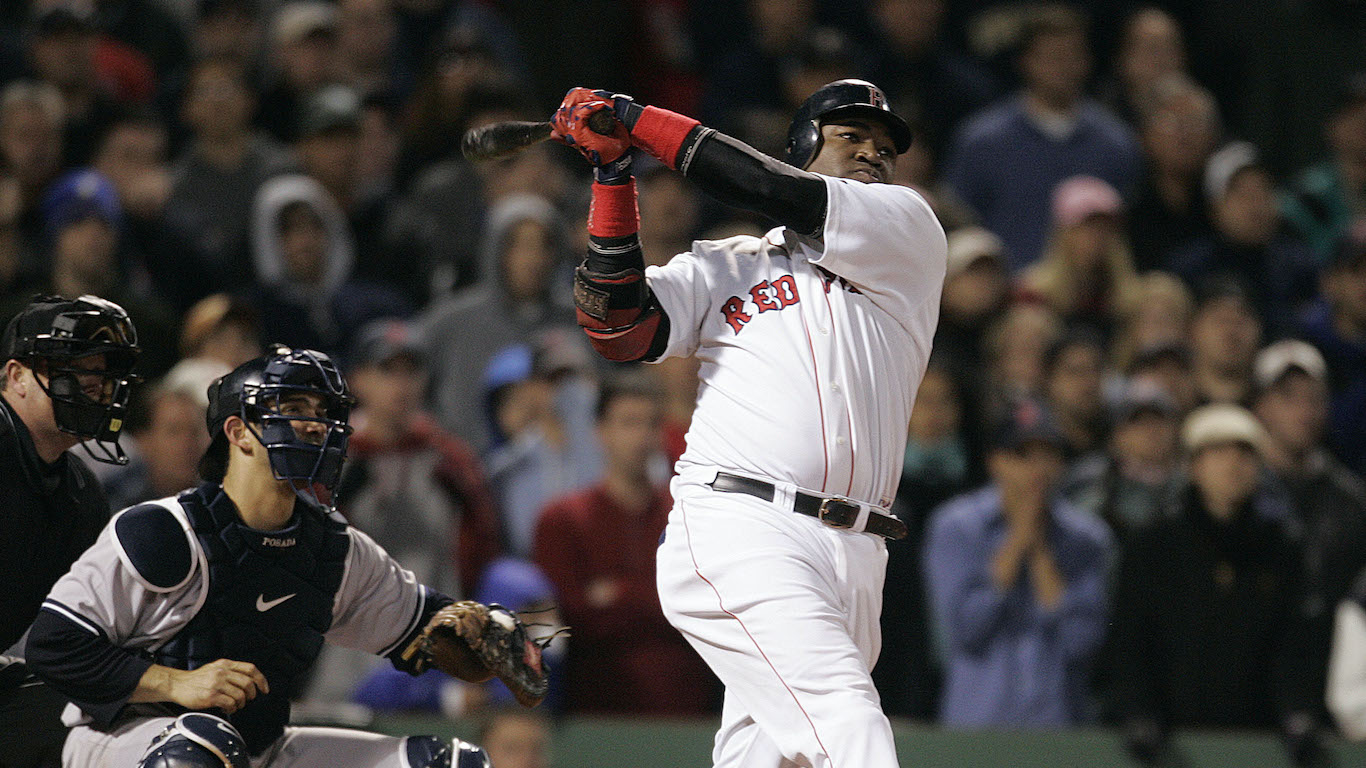 No rivalry in sports beats the one held by the New York Yankees and the Boston Red Sox. Until recently, the hatred between the two teams had the added mystique of “The Curse of the Bambino,” which dates back to 1919, when the Red Sox traded Babe Ruth to the Yankees and then didn’t win a championship for nearly another century.

It was fitting that the breaking of that curse would occur in the most dramatic way possible, against their bitter rivals. In the American League Championship Series in 2004, the Red Sox came back after being down 4-3 in the bottom of the ninth inning, down three games to none, to win the game on a David Ortiz home run in the 12th inning. They then won the next three games to take the series, and continued to sweep the St. Louis Cardinals to break the curse.