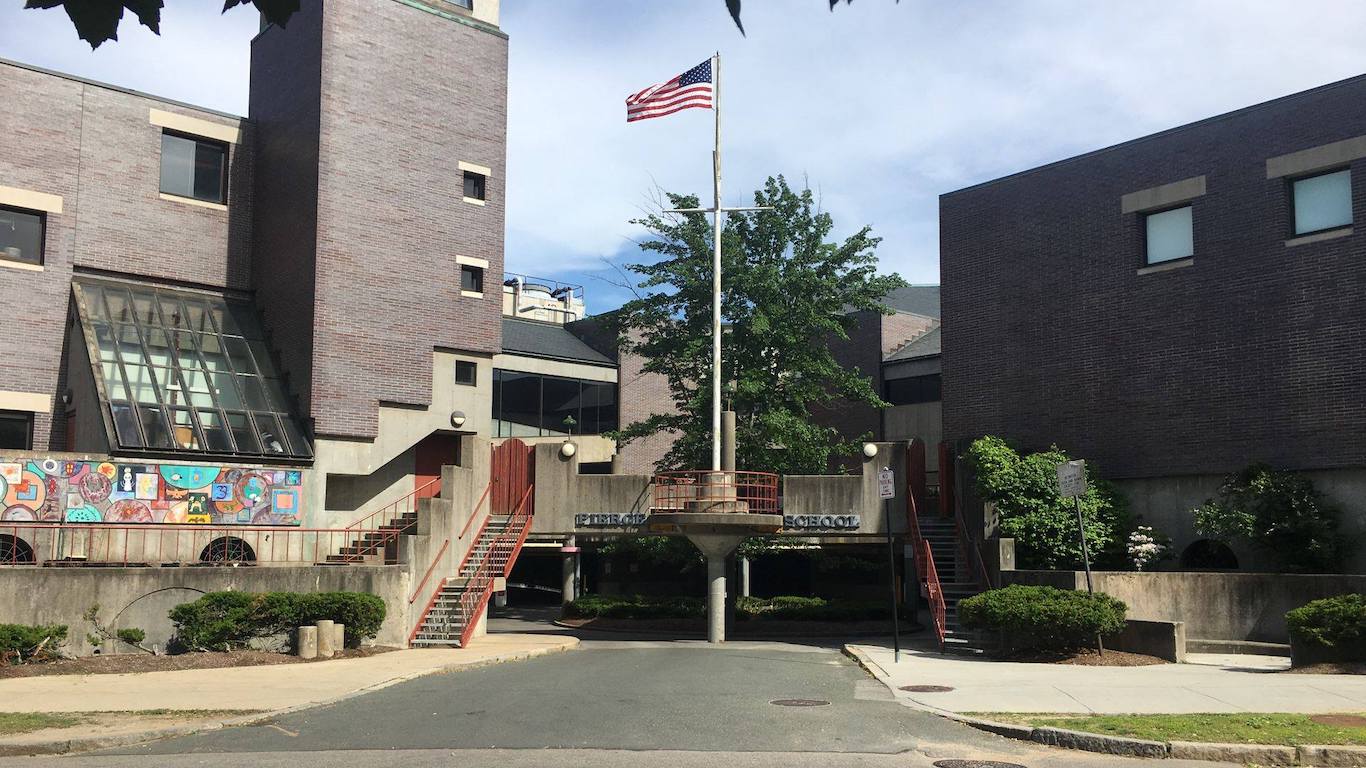 Source: Courtesy of Public Schools of Brookline via Facebook

As is usually the case in high-spending districts, Brookline — a suburb of Boston — is a relatively affluent community, with a median household income of $113,515. Students who grow up in an affluent household with college-educated parents have a greater chance to succeed academically. Among the district’s adults, 83.7% have at least a bachelor’s degree, one of the 10 highest shares of any school district in the United States. 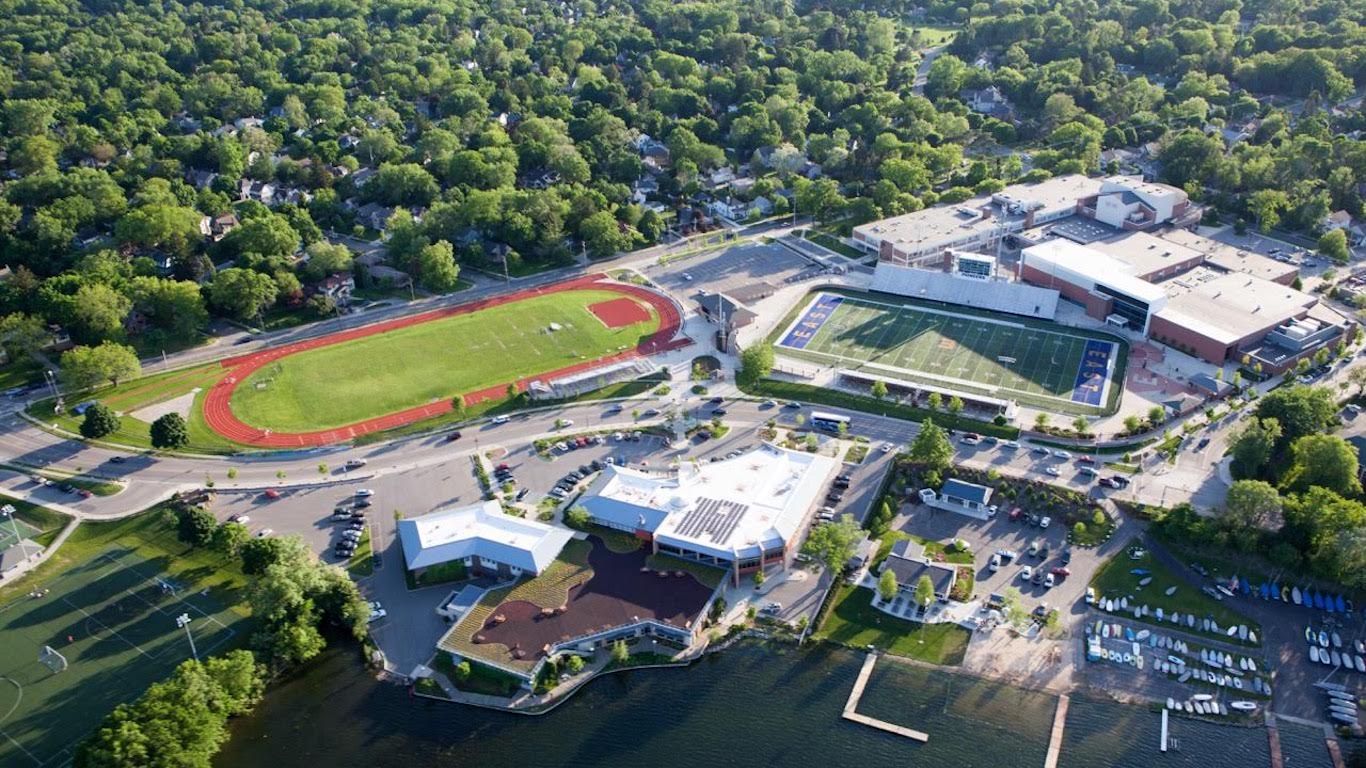 While the East Grand Rapids Public School District has lower than average per pupil spending and a higher than average student-to-teacher ratio, conditions outside the classroom give children in the area an academic advantage. For one, 78.4% of adults in the school district have a bachelor’s degree, well above the 28.6% share of adults across Michigan as a whole — and children of college-educated parents are more likely than average to be successful academically. Indeed, the district has a high school graduation rate over 95%. 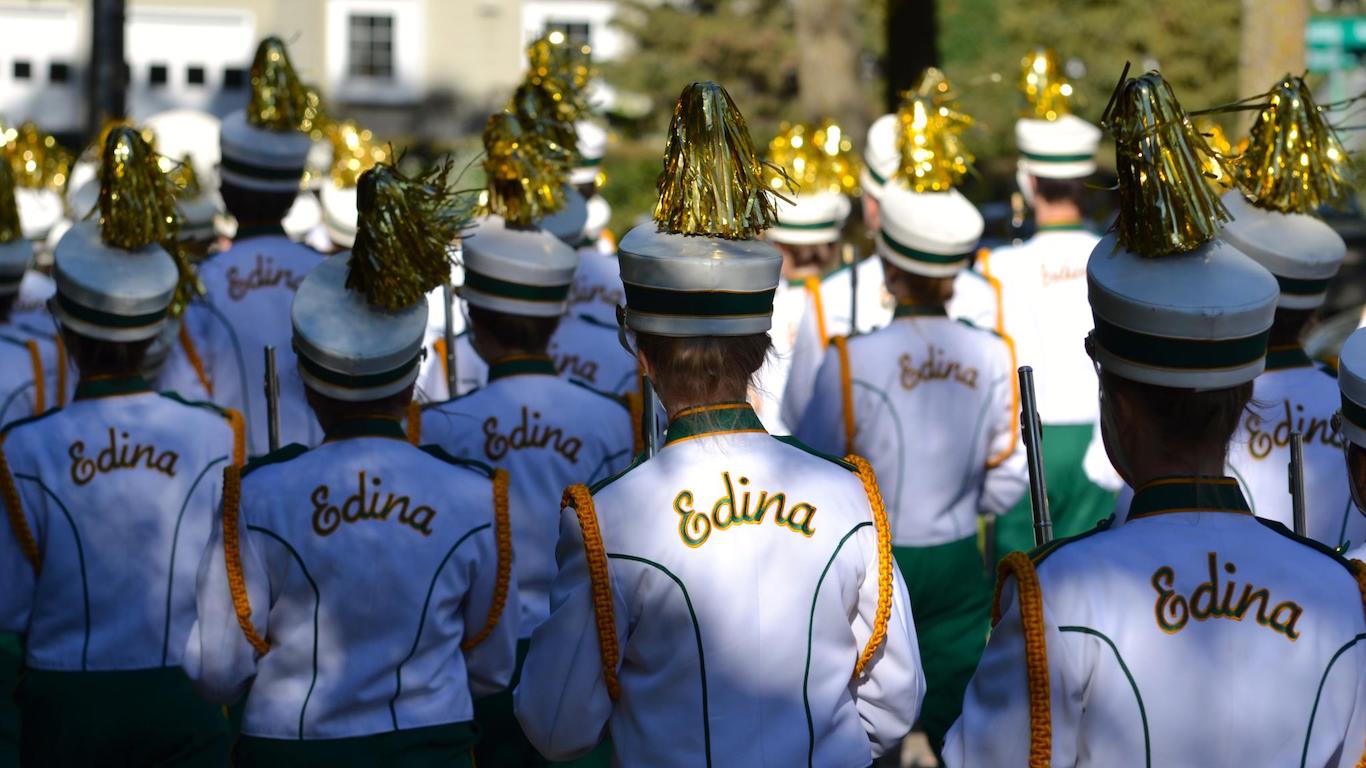 Minnesota’s Edina Public Schools, just southwest of Minneapolis, comprises 12 schools that enroll nearly 9,000 students. The best district in the state, Edina’s high school graduation rate is over 92%. Students in the district are also more likely to be enrolled in advanced, college level courses than students in districts statewide. An estimated 25.3% of high schoolers in Edina are enrolled in an AP class, compared to 21.5% of students nationwide. 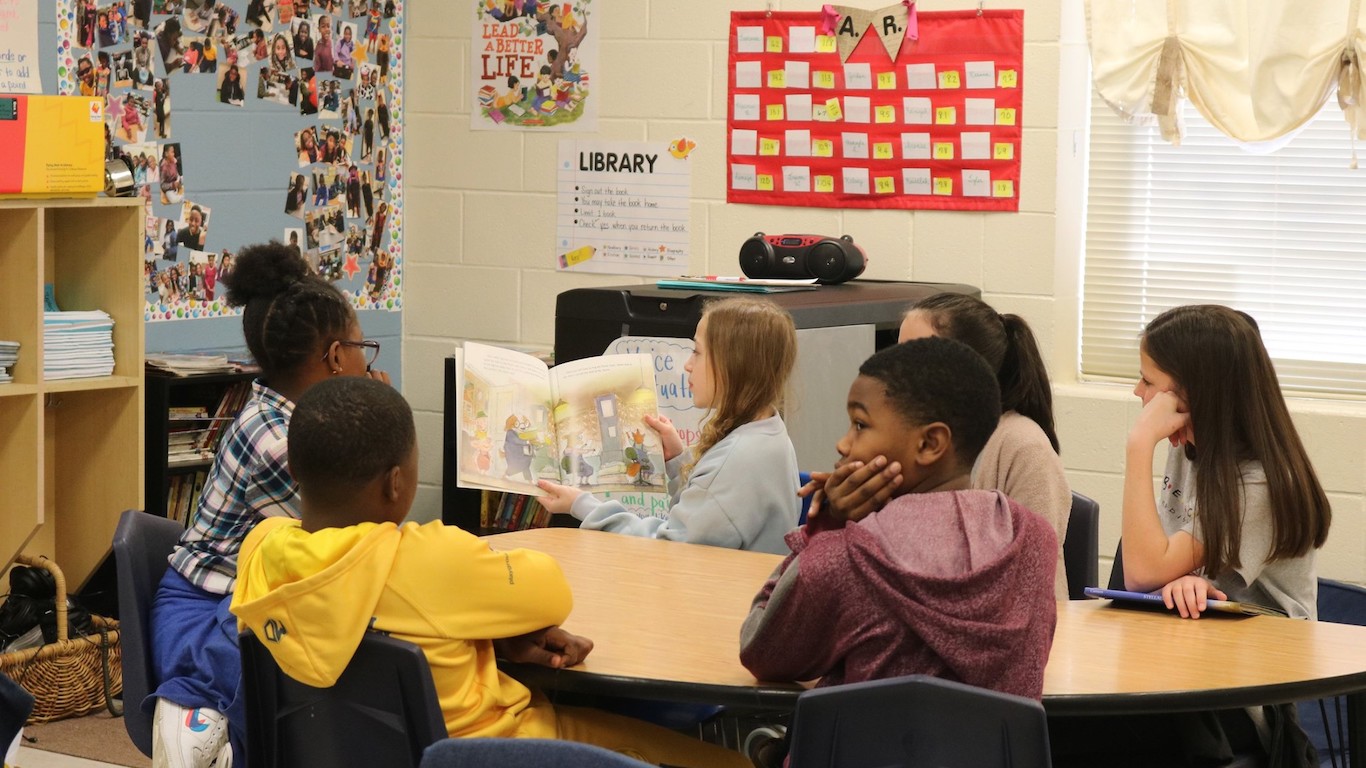 Students in the Madison County School District benefit from smaller than average class sizes. The student-to-teacher ratio in Mississippi’s best school district is 14.5 to 1, below both the 15.1 to 1 average ratio statewide and 16.1 to 1 ratio nationwide. Additionally, the district’s 84% high school graduation rate is better than most other districts in the state. 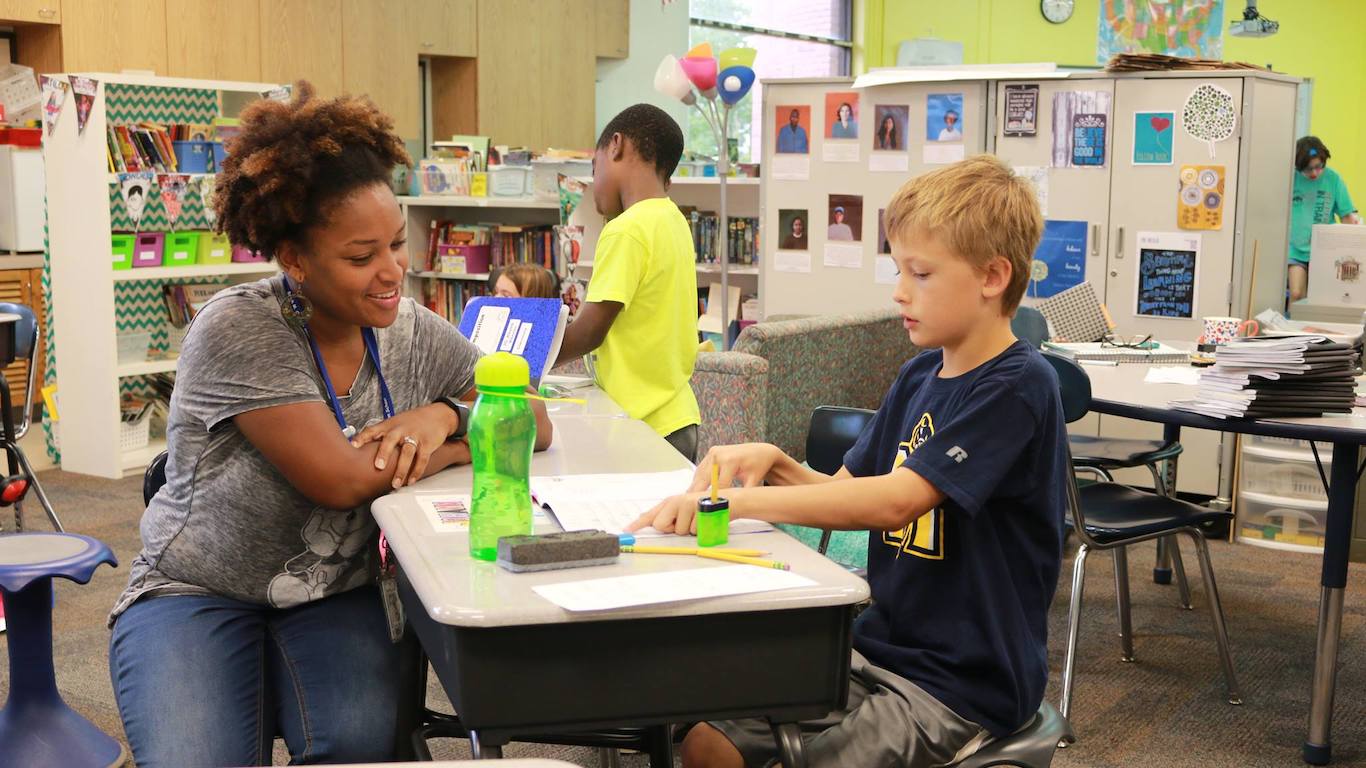 Source: Courtesy of School District of Clayton via Facebook

While high per pupil spending is no guarantee of better outcomes, it can provide students with greater opportunities and advantages. In Missouri’s School District of Clayton, per pupil spending is $21,268 per year, roughly double the average of $10,589 across the state as a whole. In districts that spend more, students often benefit from smaller class sizes. In Clayton, there are 11.8 students per teacher, below the 13.4 to 1 student-to-teacher ratio statewide.