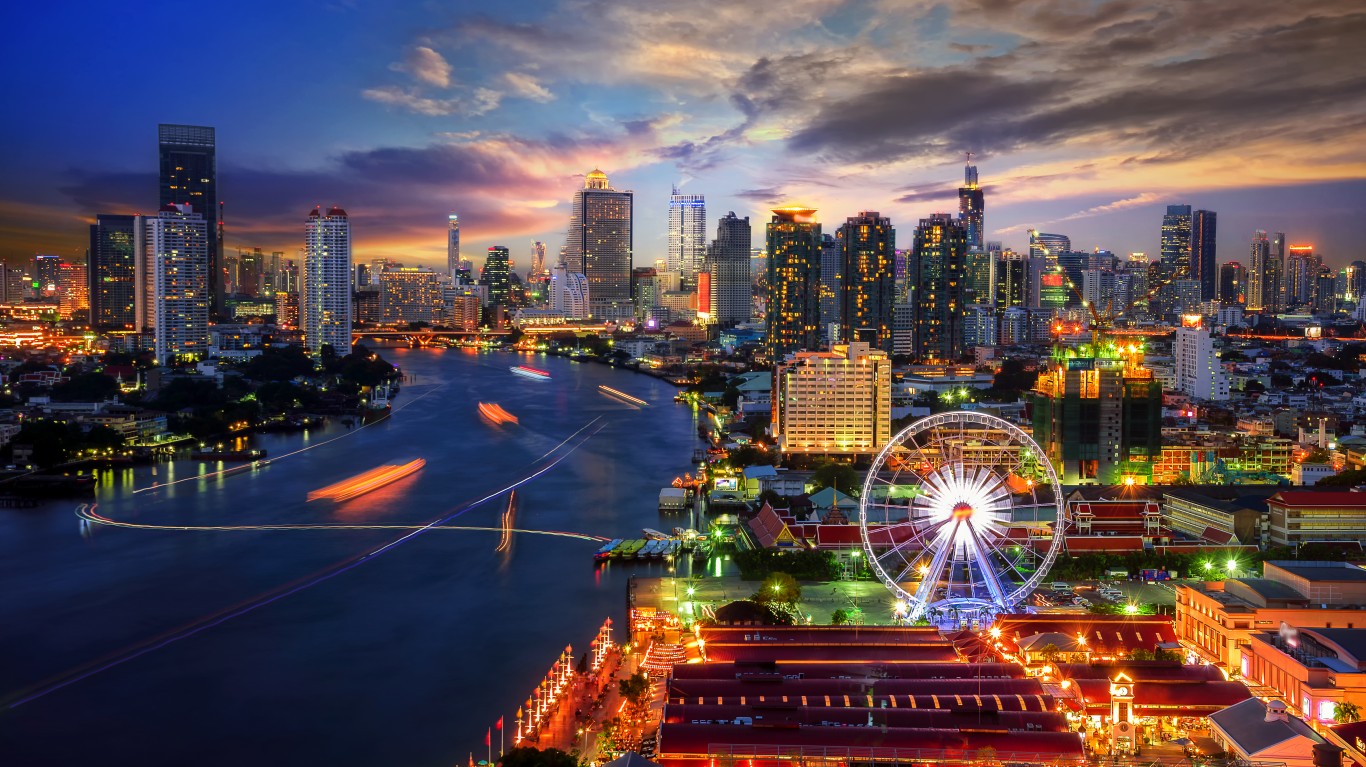 Thailand’s capital is one of the most visited tourist destinations in the world. Situated on the Chao Phraya, one of the region’s most important rivers for trade and rice production, Bangkok has historically been an important trading post and is today the country’s urban nerve center.

Though it is known as the Land of Smiles, Thailand has endured sometimes caustic urban-rural divisions, with 80% of the country’s poor living outside the relatively prosperous capital. Even so, Thailand is an oft-cited example of economic development success as the nation has reduced the percentage of those living in poverty over the last four decades. 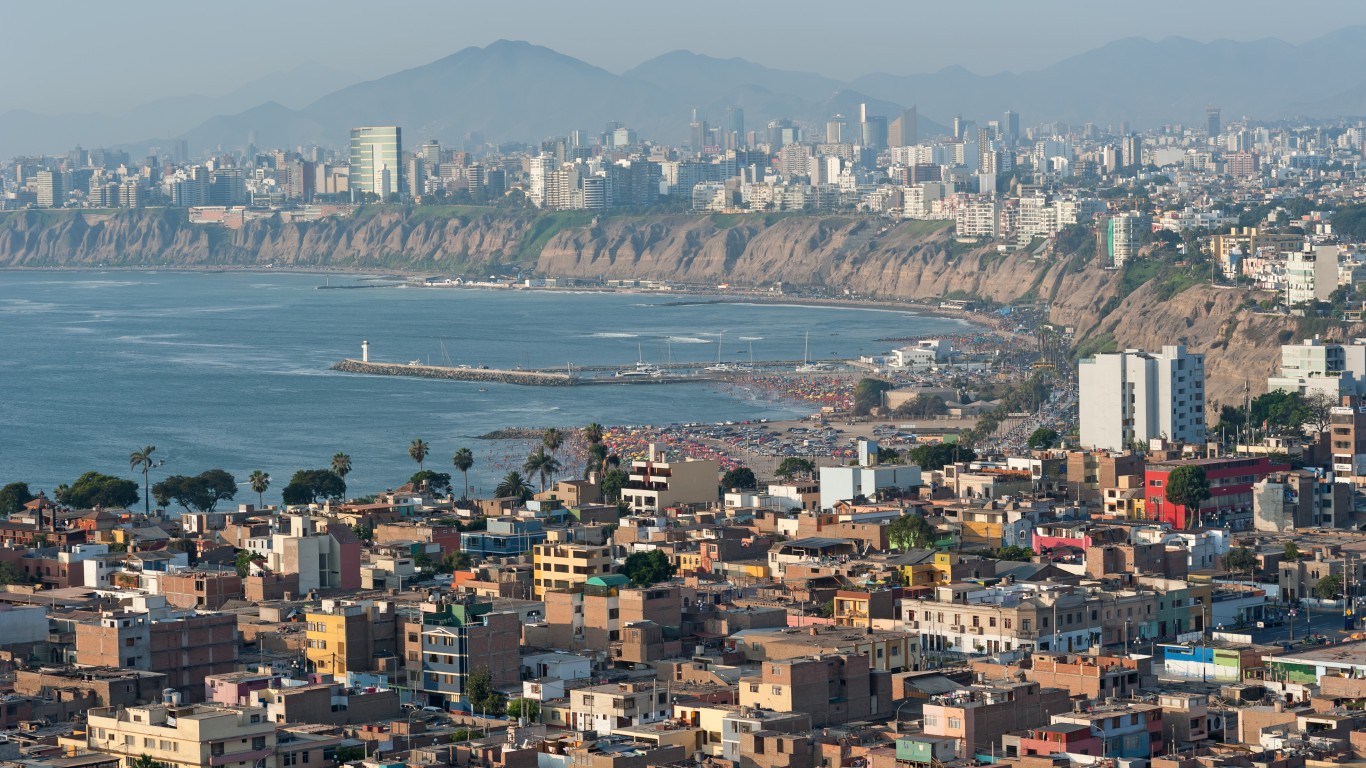 Surrounded by a coastal desert, Lima, which is situated on the Pacific Ocean, is Peru’s commercial and political center. Nearly a third of the country’s population resides there. The city, with its modem condos rising above pre-colonial ruins, is the second-most arid world capital after Cairo.

Once a tranquil city, Lima is now a busy metropolis because of rapid economic development and population growth. The country was one of Latin America’s fastest growing economies between 2002 and 2013, according to the World Bank. 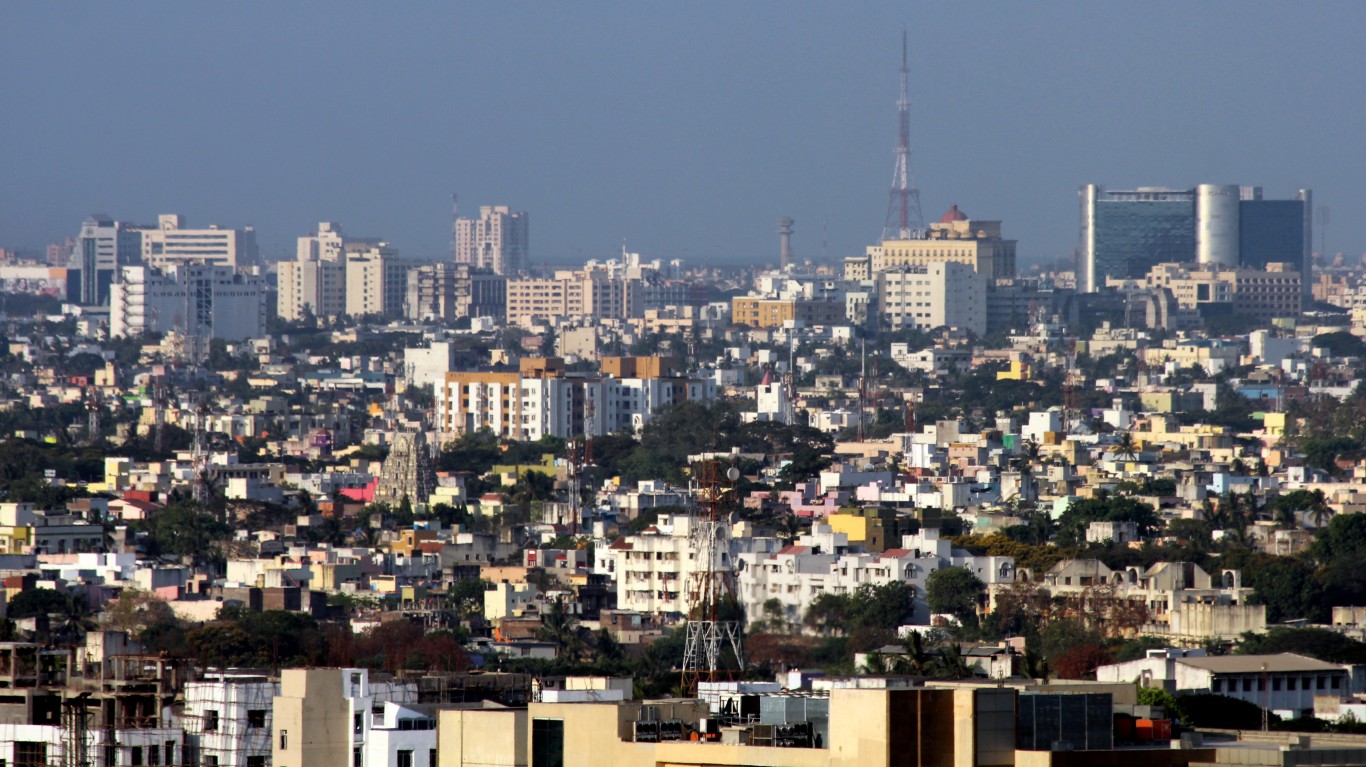 Formerly known as Madras, Chennai is the capital of India’s southernmost state, Tamil Nadu and is the smallest of five megacities in India. From a British trading post established in the 17th century, the city has grown into a bustling urban center with an industrial emphasis on automotive, electronics, and health care. About 45% of the auto parts made in India come from Chennai, earning the city the nickname the “Detroit of Southern Asia.” Chennai is also one of the largest information technology hubs. With hundreds of Hindu temples and several nearby beaches along the Bay of Bengal, Chennai is also one of South India’s most popular domestic and foreign tourism destinations. 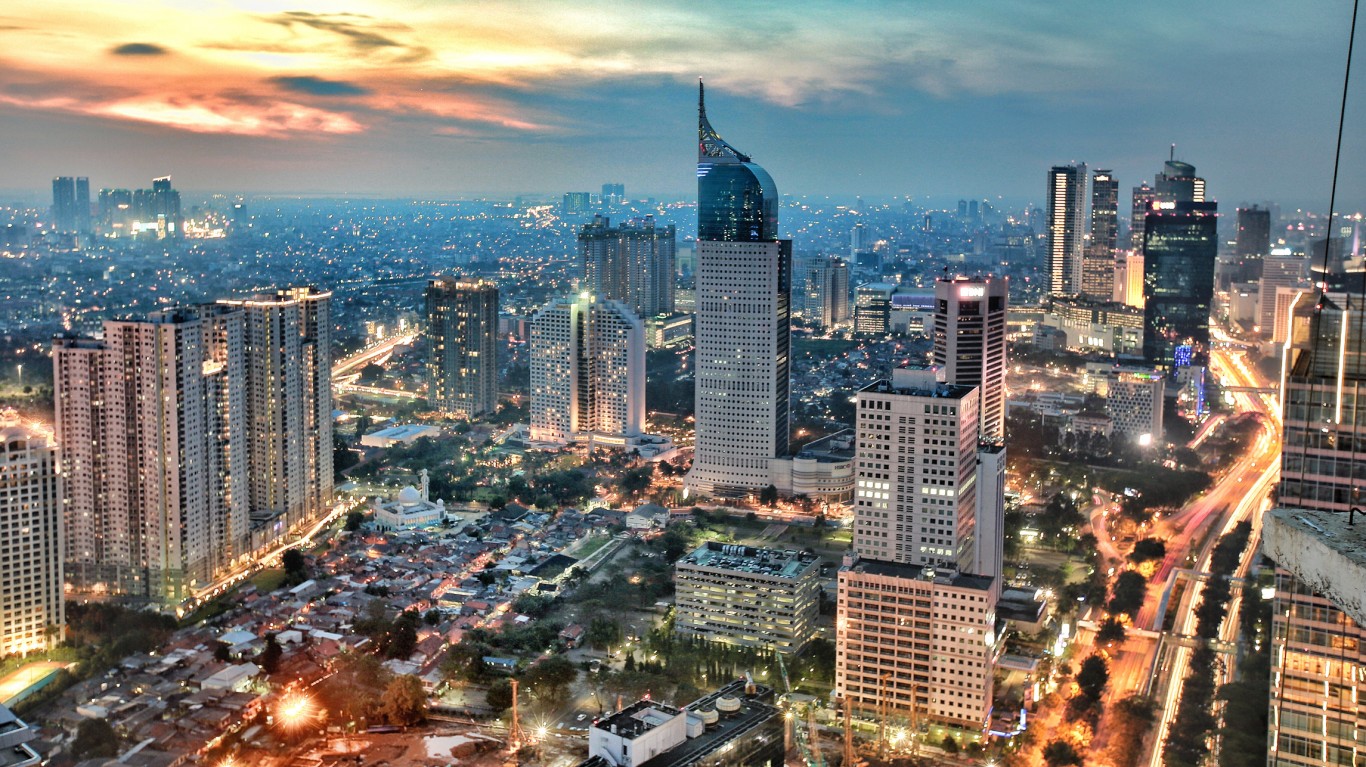 Indonesia’s capital, along with Manila and Bangkok, is one of three megacities in Southeast Asia on this list. Located on the northwest coast of Java (the country’s fourth largest and by far most populous island), Jakarta is the crowded, traffic-snarled, beating heart of this archipelago nation of 269 million people.

Indonesia is Southeast Asia’s largest economy and one of the world’s largest, and many of its non-agricultural economic engines are based in the capital, with automotive, electronics, medical devices, and chemicals among its largest manufacturing industries. Jakarta is the home of two-thirds of Indonesia’s banking and financial sectors. As in many of the world’s megacities, poverty and pollution pose major challenges. 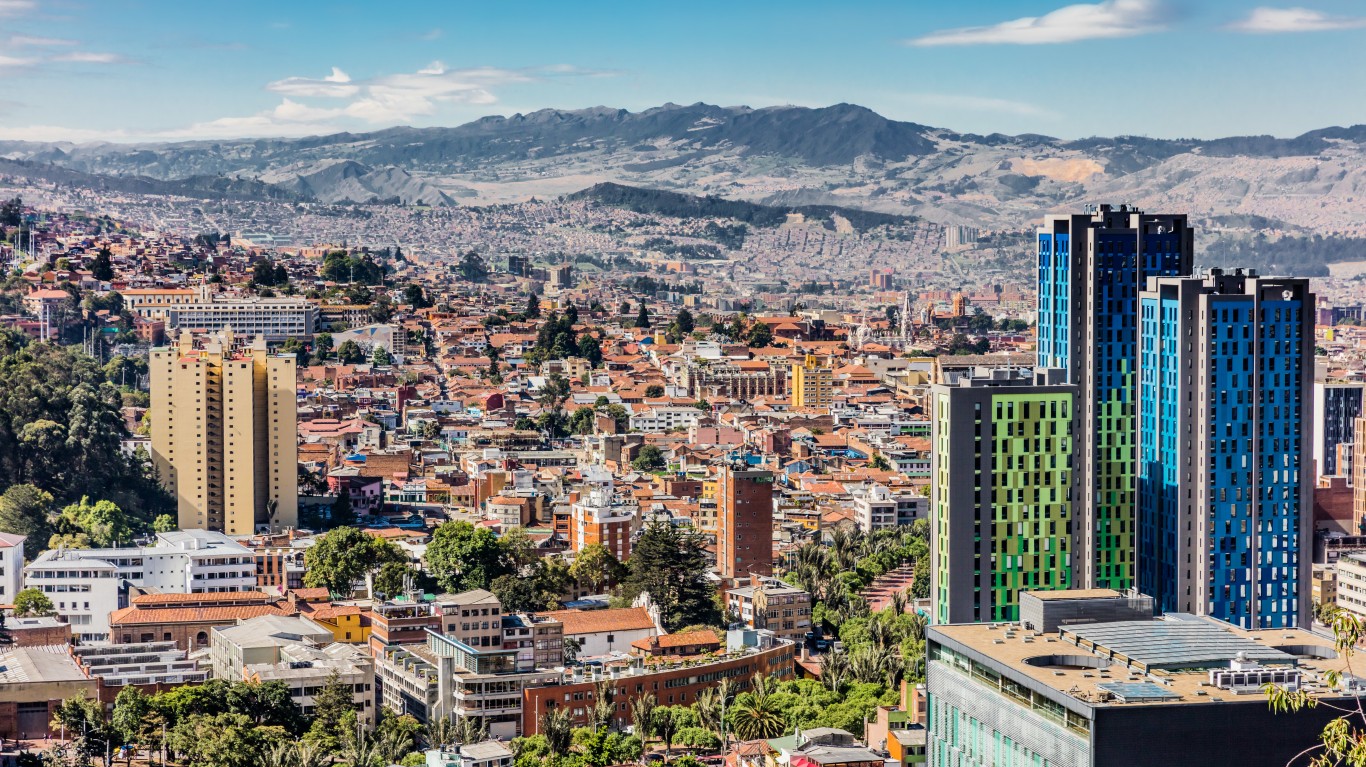 Bogotá, located on a high central Andean plateau, is one of the world’s 13 megacities that is also a national capital. The city is also the political, cultural, and financial center of the second most populous South American country after Brazil.

In 2017, the capital’s economy grew by 8%, compared with national economic expansion of 1.8%. The city is a major destination for foreign direct investment in Latin America, with many foreign companies basing their regional operations there. Bogotá‘s street crime remains a concern, and local polls show public skepticism of the justice system. Still, crime in the city has considerably improve d since the mid-’90s.