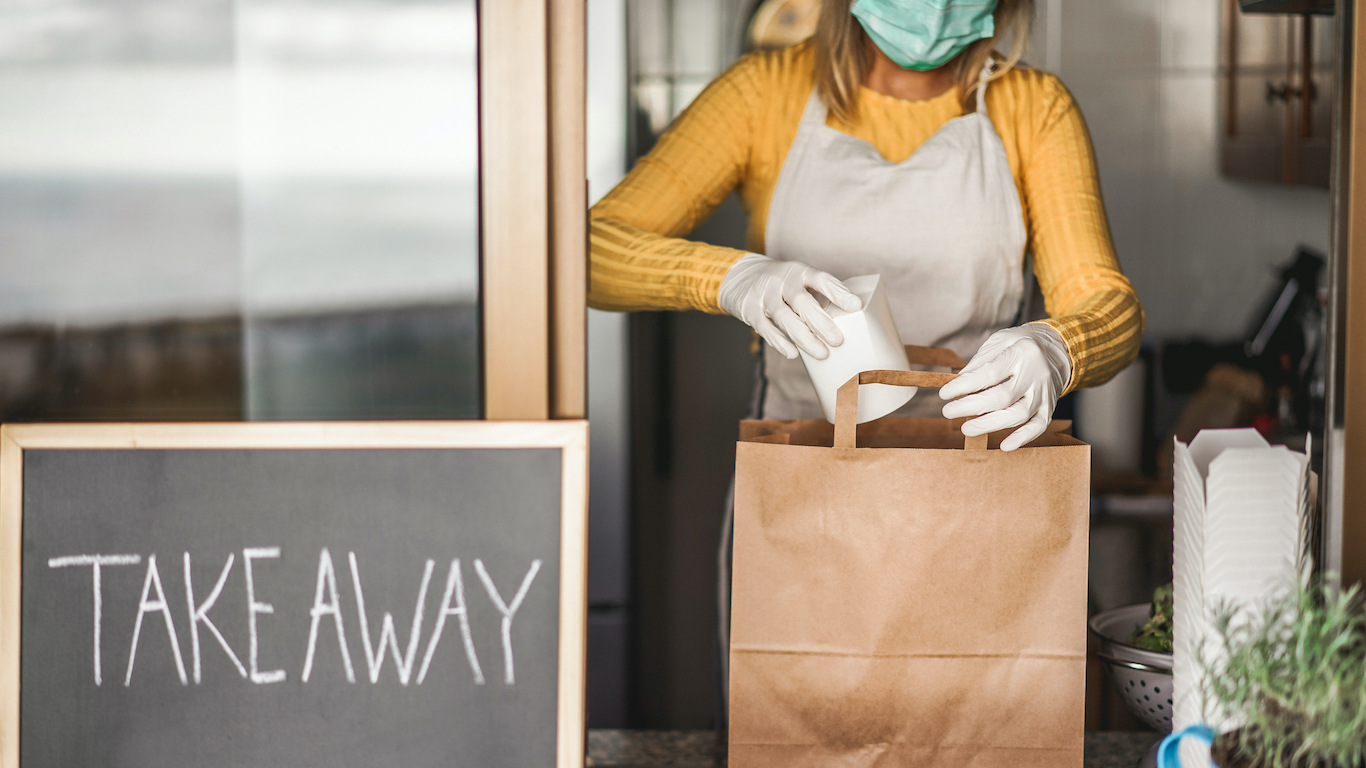 11. Takeout and delivery will continue

When bars and restaurants were shut down across the nation, some were able to stay open at least partially by offering takeout and delivery. In some 32 states plus the District of Columbia, they were allowed to do something that had previously been forbidden — sell alcohol to go, along with the food. About two-thirds of those jurisdictions also permitted the sale of premade cocktails to go — a tremendous boon to bars especially, since their customers might be more likely to order mixed drinks than bottles of wine or the six-packs of beer they could probably find at the supermarket. There are now numerous movements afoot to change liquor laws permanently, to allow off-premise sales even after the pandemic has subsided. 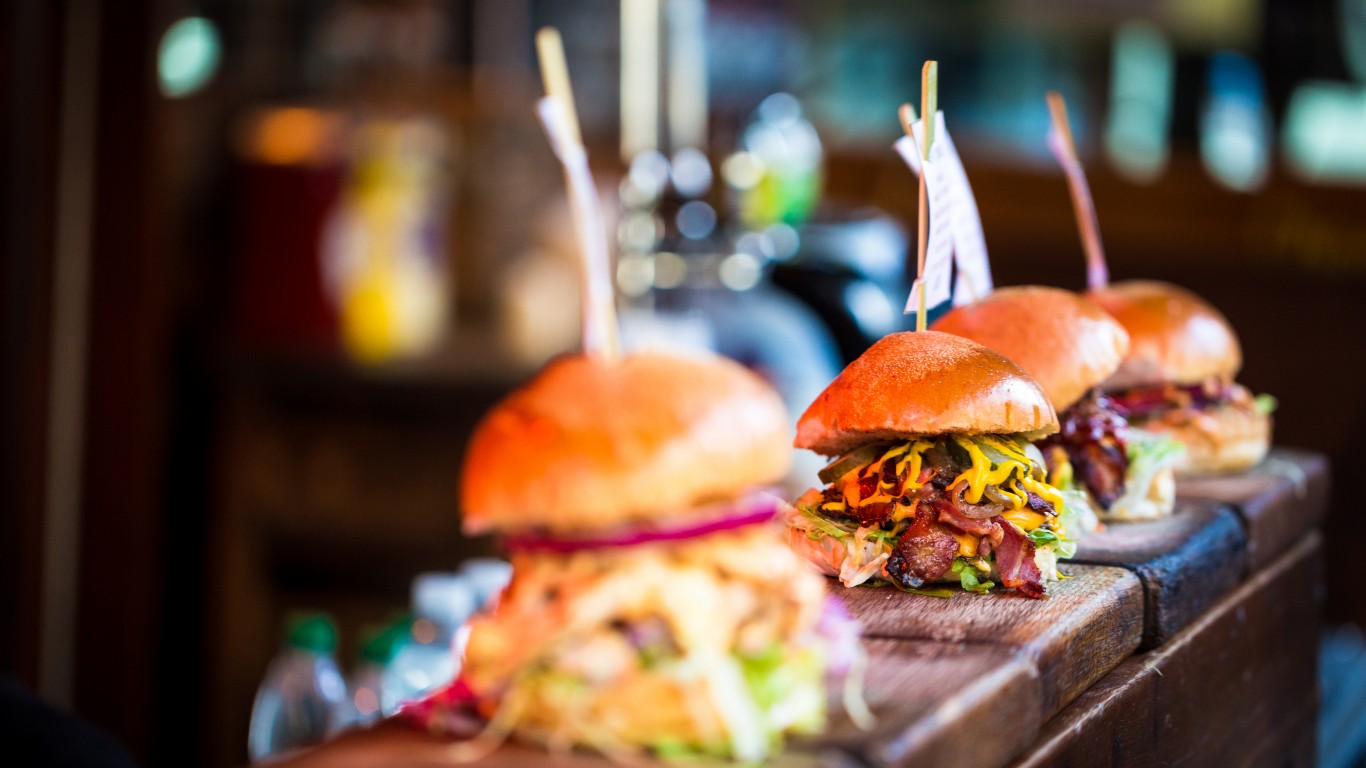 Most places that have granted permission to bars to sell cocktails and other alcoholic beverages to go require that they can only be sold along with food of some kind. Some bar owners interpret this to mean a bag of potato chips or pretzels, and that’s legal in some places. Other jurisdictions impose minimum food requirements that might include (as in New York State) “soups, sandwiches, and the like.” If they want to continue selling takeout drinks, in other words, at least some bars may have to up their food game.

24/7 Wall St.
How the Coronavirus Impacts What and How We Drink 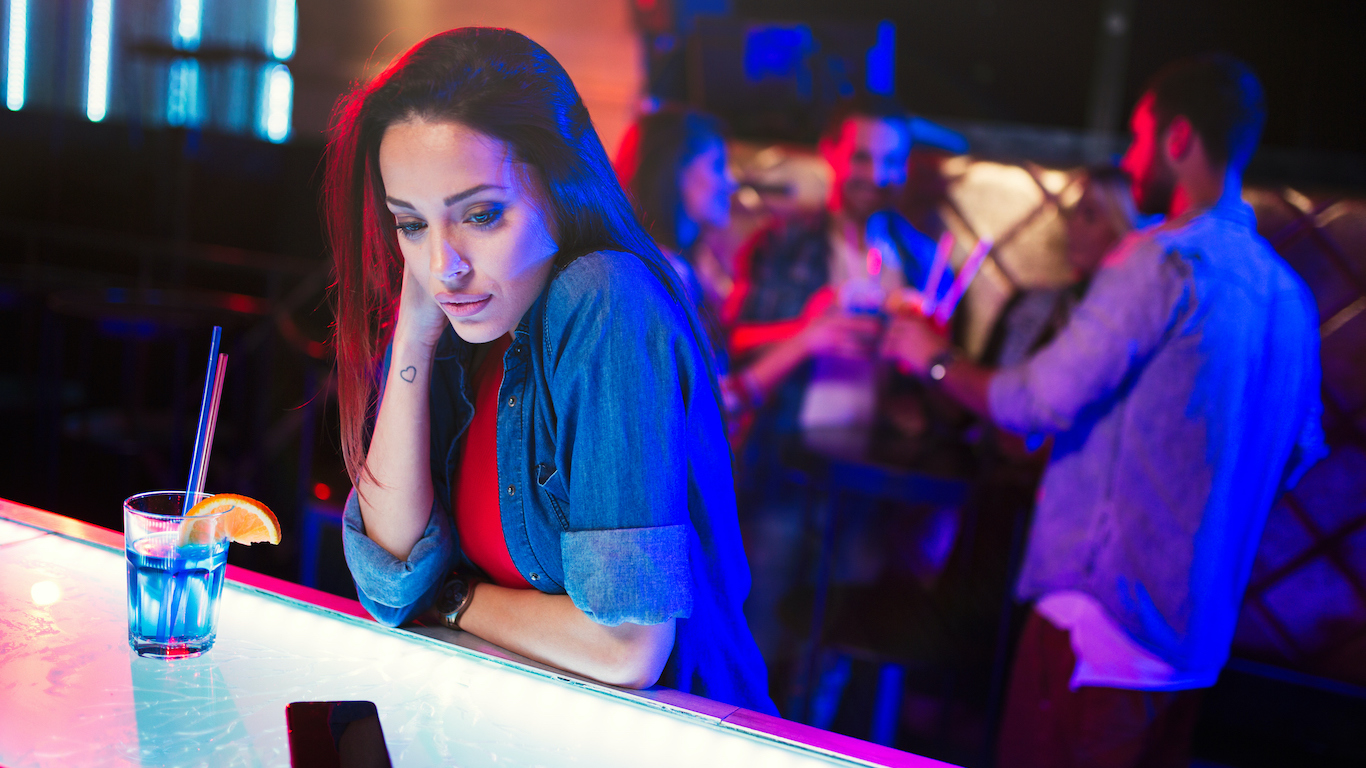 Diners generally don’t like to be crowded when they eat, so restaurant tables spaced six feet apart will likely be welcomed by most. Bars, on the other hand, thrive on mingling, and invite group celebrations. Crowded bars are buzzy and exciting; empty bars are sad. Jam-packed establishments with everybody having a good time are probably a thing of the past, however. As Chicago Tribune columnist Steve Chapman wrote recently, safety measures put into place at restaurants and taverns “may be tolerable, but people don’t generally go out in hopes of having a tolerable time.” 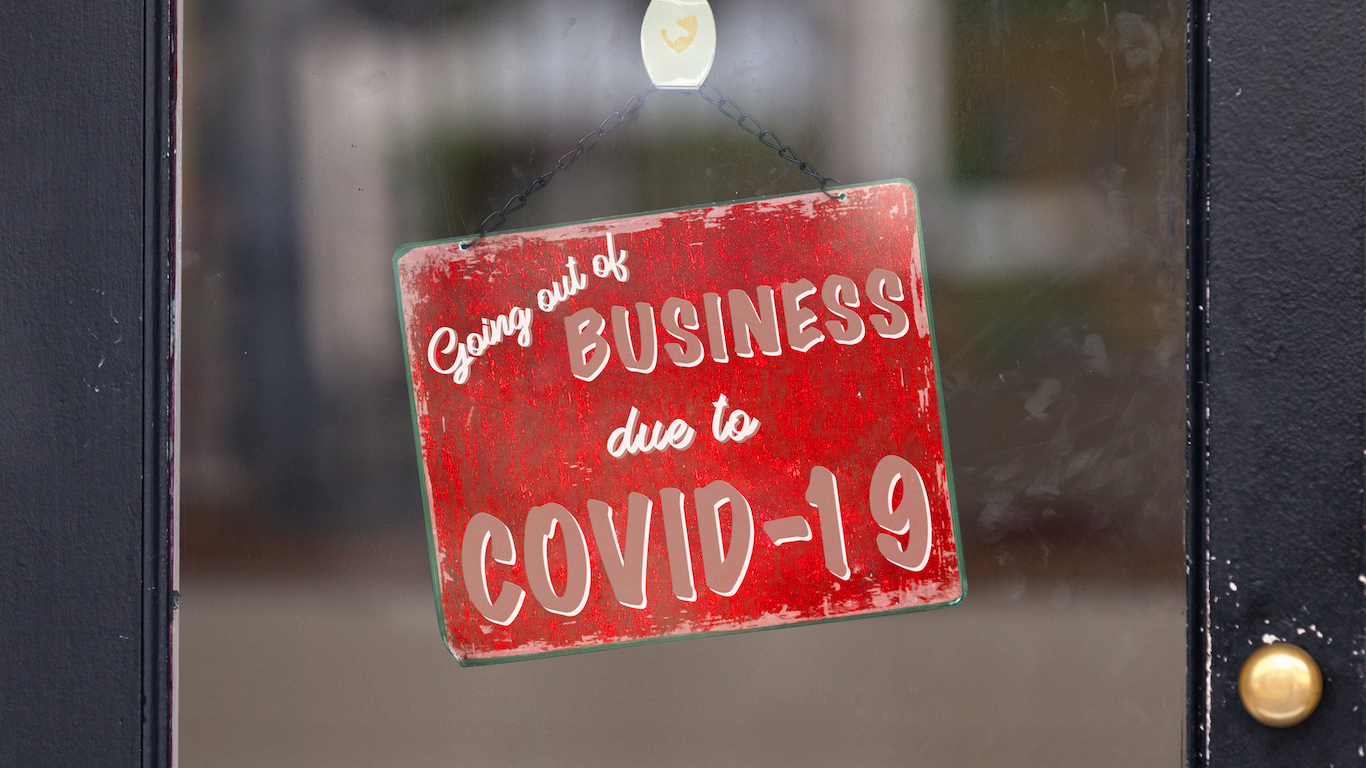 While the permanent pandemic-related demise of iconic restaurants around the country has been widely reported, less has been said about bars that won’t reopen. Nonetheless, some famous watering holes have called it quits, among them the baseball-themed sports bar and Irish pub Foley’s and the craft cocktail mecca Pegu Club, both in New York City; three popular Johnny White’s bars on Bourbon Street in New Orleans; and San Francisco’s oldest gay bar, The Stud, opened in 1966. Given the fact that bars are less well suited to social distancing than restaurants, and that restaurants are shutting down permanently right and left, it seems likely that many, many more bars will give up the ghost as well.