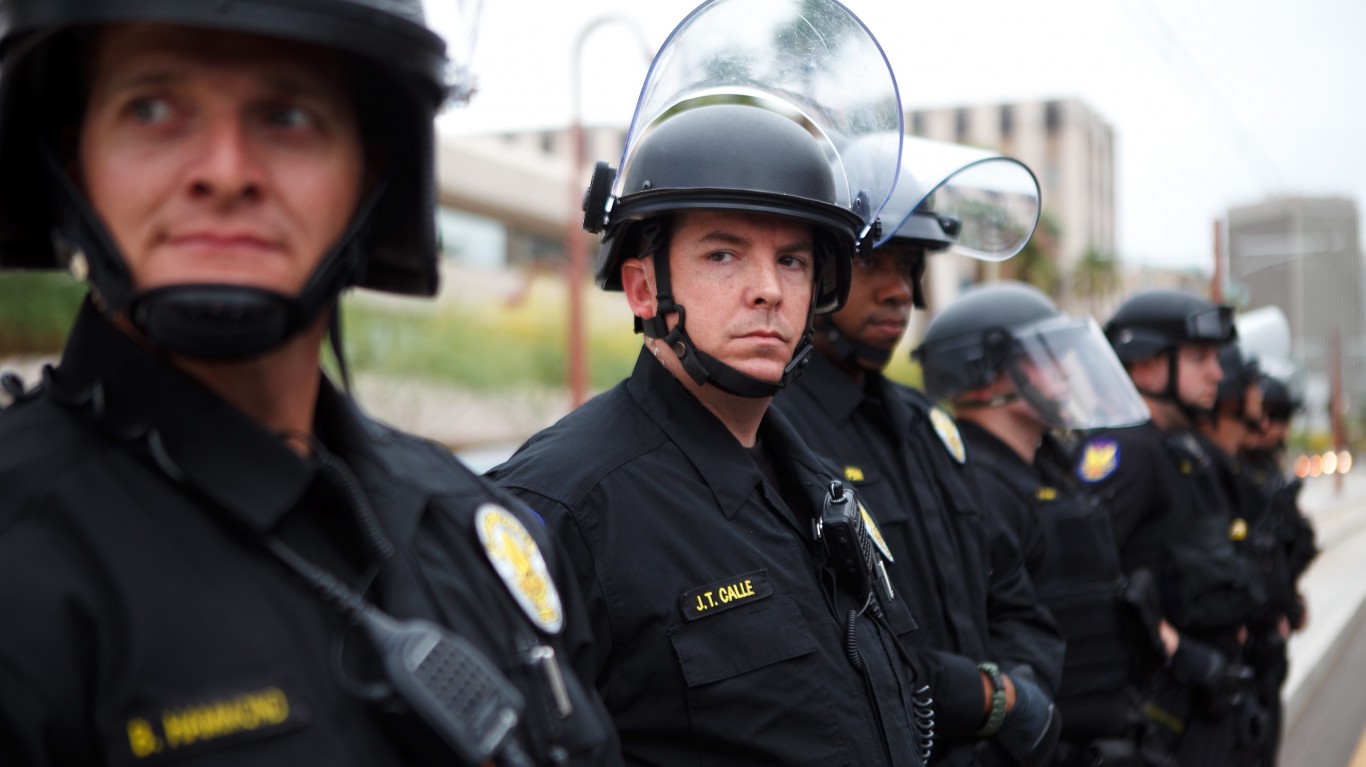 In approving its new budget, the Phoenix City Council authorized $3 million for a new police oversight budget. The council narrowly rejected requests to cut the overall police budget, which is currently budgeted at $745 million for the new year. Critics have been pushing for changes after the city saw a record number of police shootings in 2018. Phoenix spends more on police than any other department. The fire department comes in second (about $350 million), followed by parks and recreation (about $100 million). 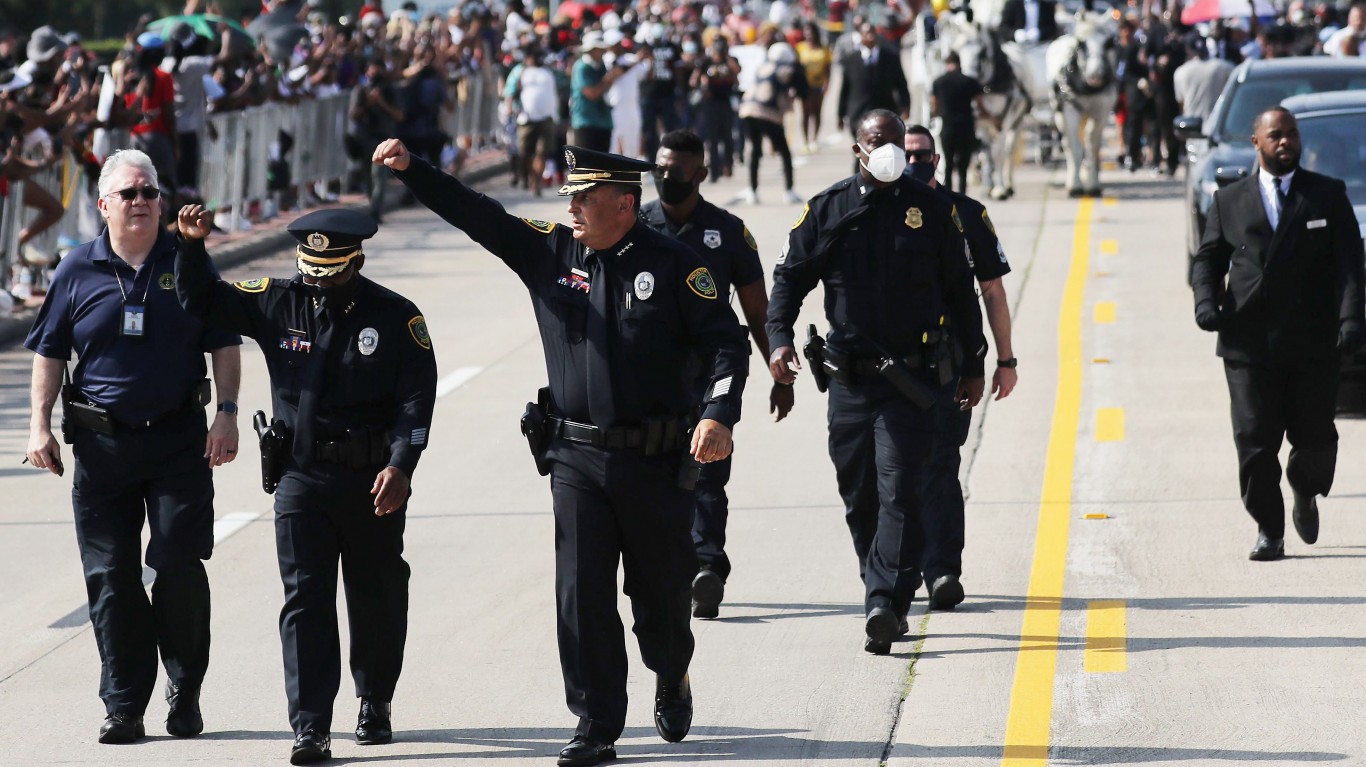 Amid calls to reallocate police resources, Houston leaders raised their police budget from $945 million last year to $965 million this year. The mayor’s office said the increase was due to fixed costs such as salaries and pensions. Houston Police Chief Art Acevedo recently testified before the U.S. Congress that cutting police budgets is not the best way to address police brutality. The police department is the largest line item in the city’s budget, with the fire department budget half as large. 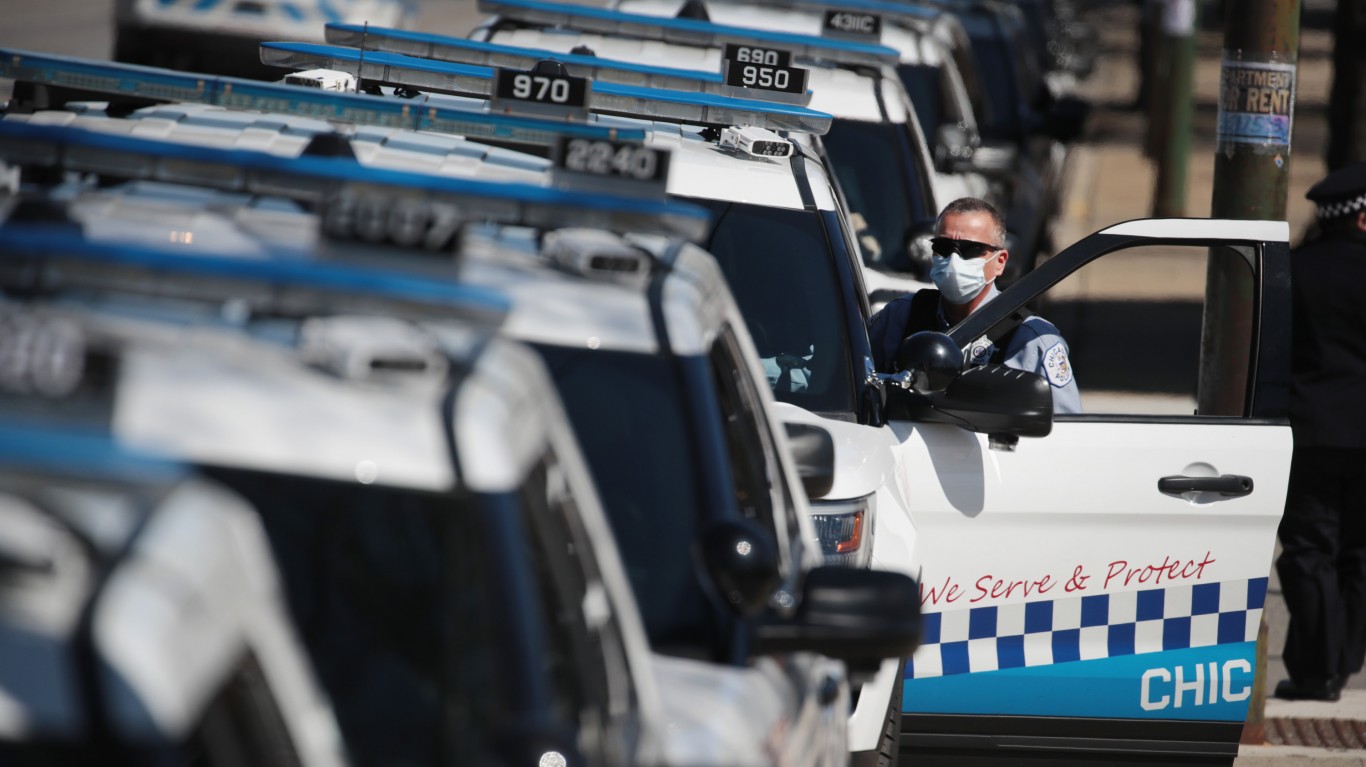 Of all of America’s big cities, Chicago has had among the worst problems with gun violence, largely concentrated in poor neighborhoods.

A 2016 task force found systemic racism within the city’s police department. The report led to a series of reforms, including new policies on the use of force and equipping all officers with tasers. In June, Mayor Lori Lightfoot announced a new committee to review the police department’s use of force policies. Public safety, which includes police and fire departments, is the largest expenditure for the city. Of the 85,663 arrests Chicago police made in 2018, 62,901 or about three quarters were of Black residents. Black Chicagoans make up about 30% of the city’s population. 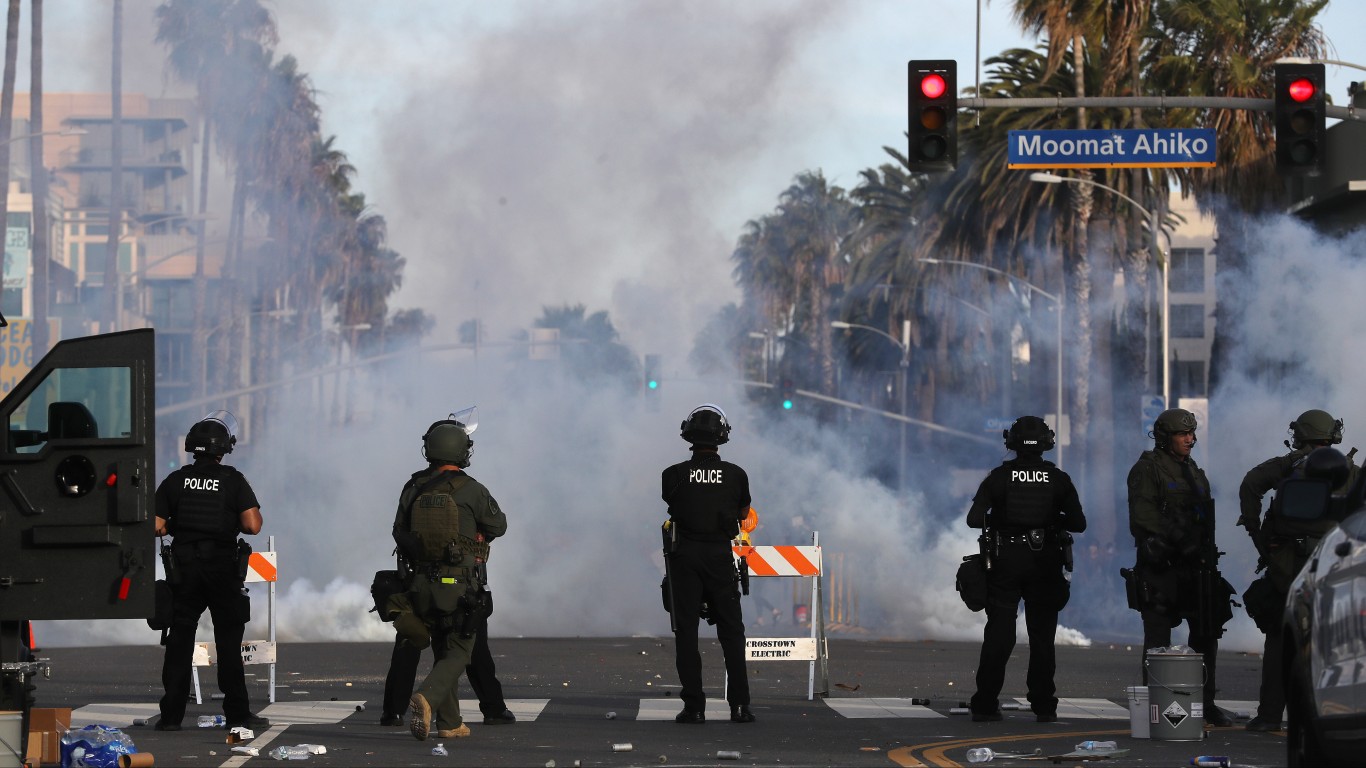 America’s second largest city spends 17.6% of its annual budget on policing, the second largest budget expenditure after retirement and pension funds. Responding to protesters against police brutality in the wake of George Floyd’s killing by Minneapolis police, a city council committee voted in June to cut $150 million from the police budget. As the city’s budget is still being negotiated, the Board of Police Commissioners has committed to identifying up to $150 million in cuts. 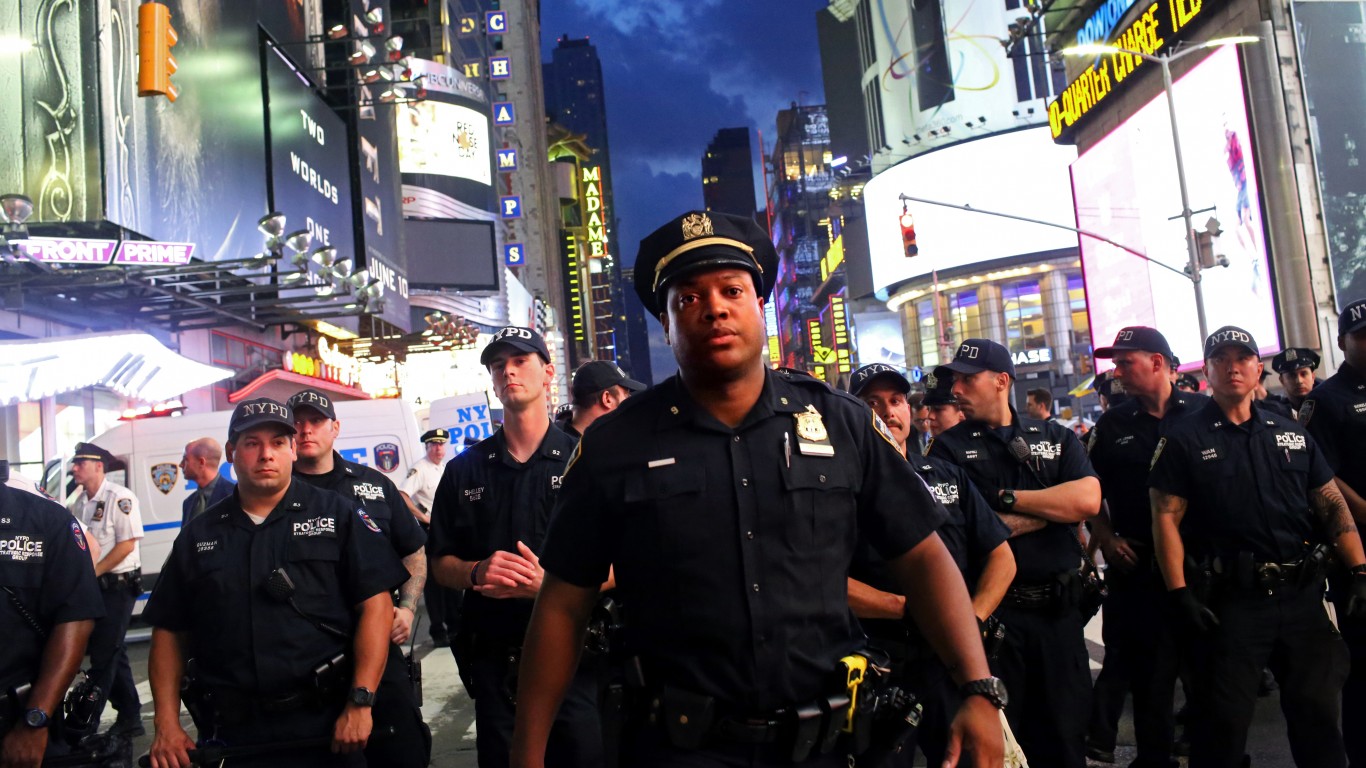 America’s largest city has a police budget of over $5.5 billion. Percentage-wise, however, New York City police spending is not that high, at nearly 6% of the city’s total budget. The city spends much more on education and social services. Still the “defund police” movement has traction with the New York City Council, which is backing a proposal to cut $1 billion from the police budget. And Gov. Andrew Cuomo signed a new law that requires all police agencies to “reform themselves” in order to qualify for state funding. While New York City spends more on policing than any other U.S. city, it should also be noted that the Big Apple faces a unique challenge: the city is a potential target for terrorists. Last year, the NYPD spent $187 million on counterterrorism and intelligence activities.