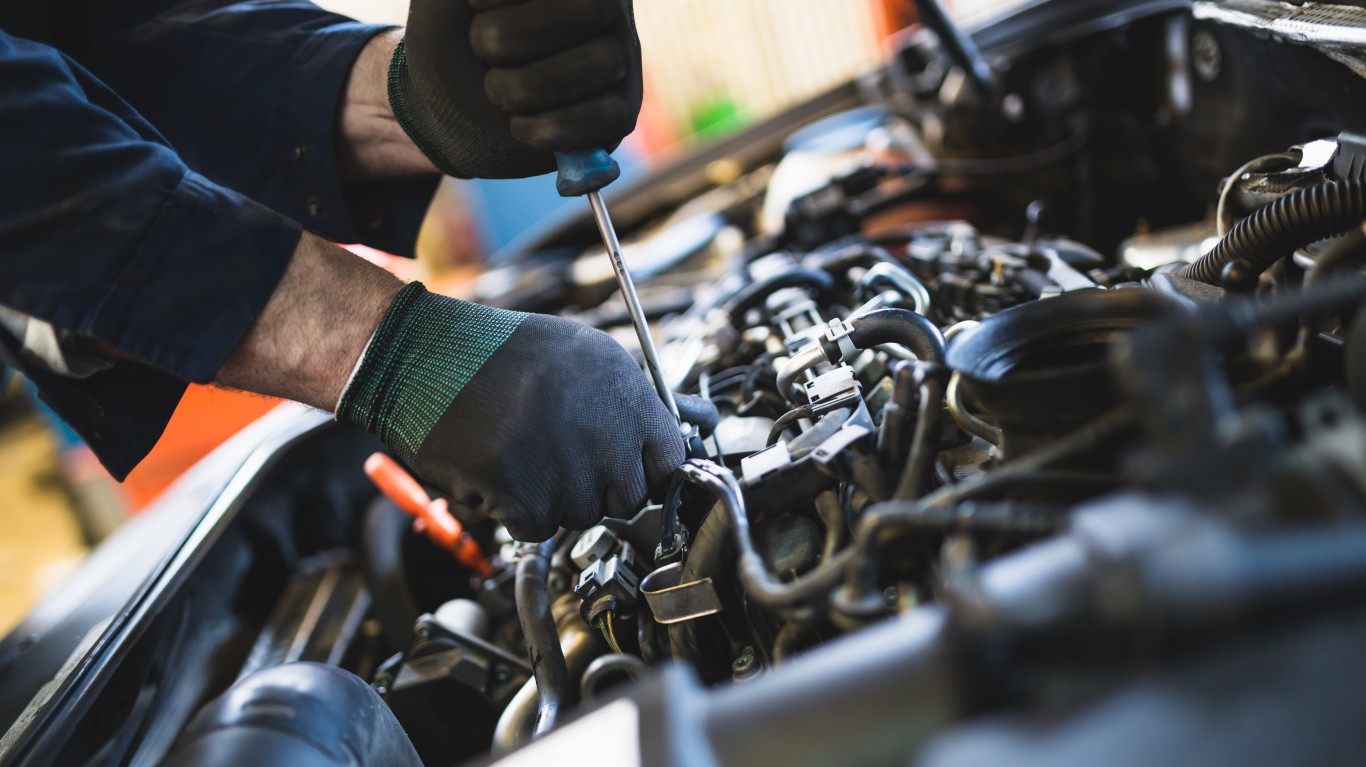 Alabama’s highest-value export is cars and passenger vehicles. In 1997, the assembly plant in Vance, Alabama, began producing Mercedes-Benz cars, and since then the auto industry has expanded in the state.

Alabama is now home to Honda, Hyundai, Mazda Toyota, and Mercedes-Benz vehicle assembly plants. Alabama exported $6.7 billion worth of automobiles in 2019, an 85% increase from the previous year. Car exports account for 32% of the value of all exports through the state that year. 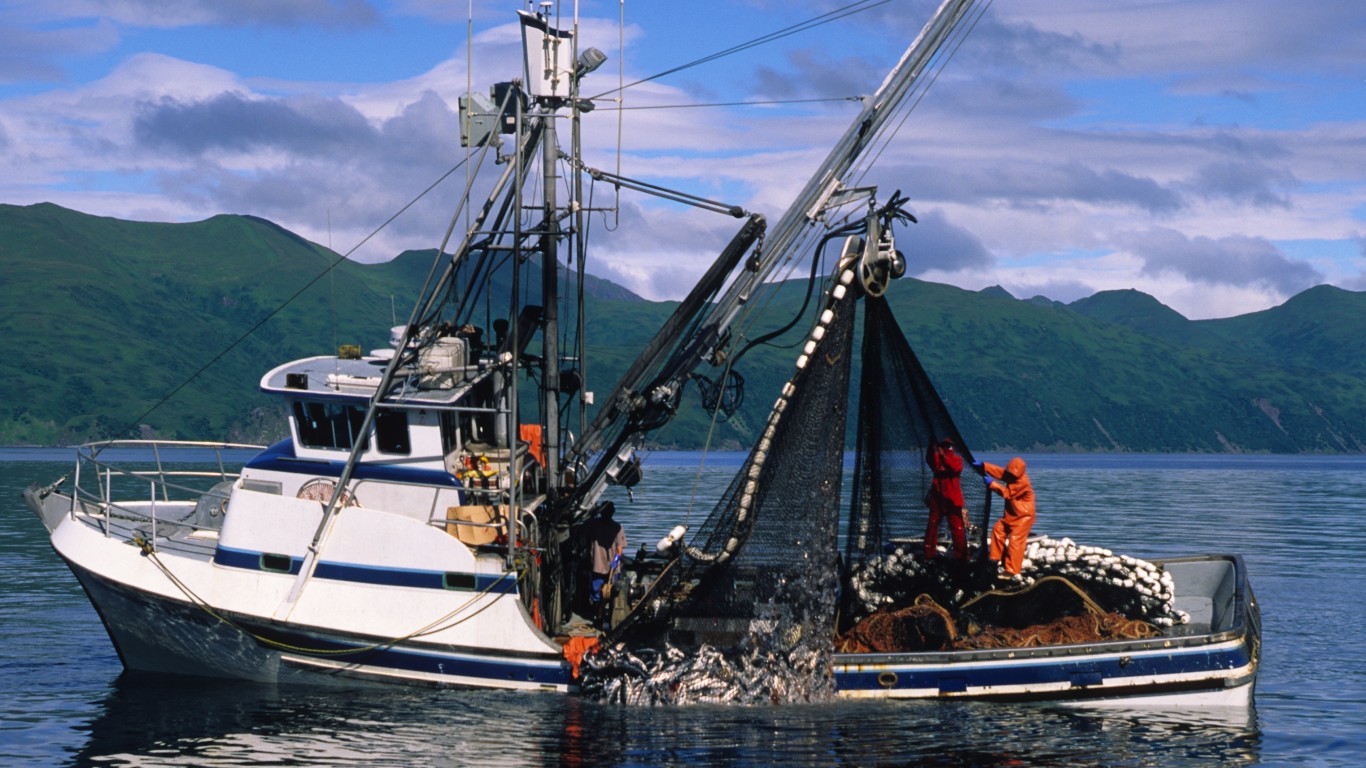 Alaska shipped $1.3 billion worth of fish overseas in 2019, more than any other product in the state and equivalent to just over one-quarter of the state’s total exports. A notoriously dangerous industry, Alaska’s commercial fishing industry claimed 31 lives a year on average in the 1980s, although those numbers have declined in recent years. Still, the state’s fishermen face other problems at the moment. The harvests of salmon — one of the state’s most popular fish — in 2019 and 2020 have been poor, while prices have continued to be low due in part to the COVID-19 pandemic. 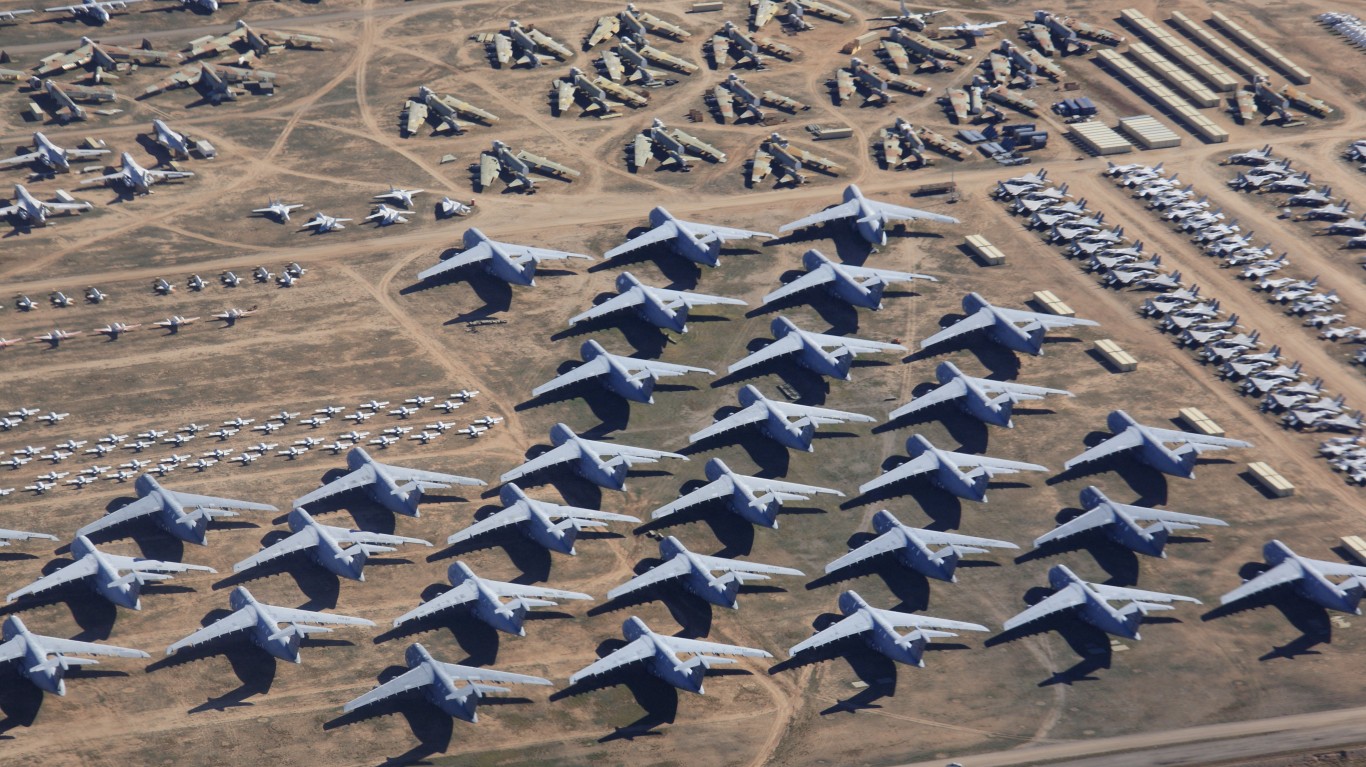 ALSO READ: The Worst Natural Disaster in Every State 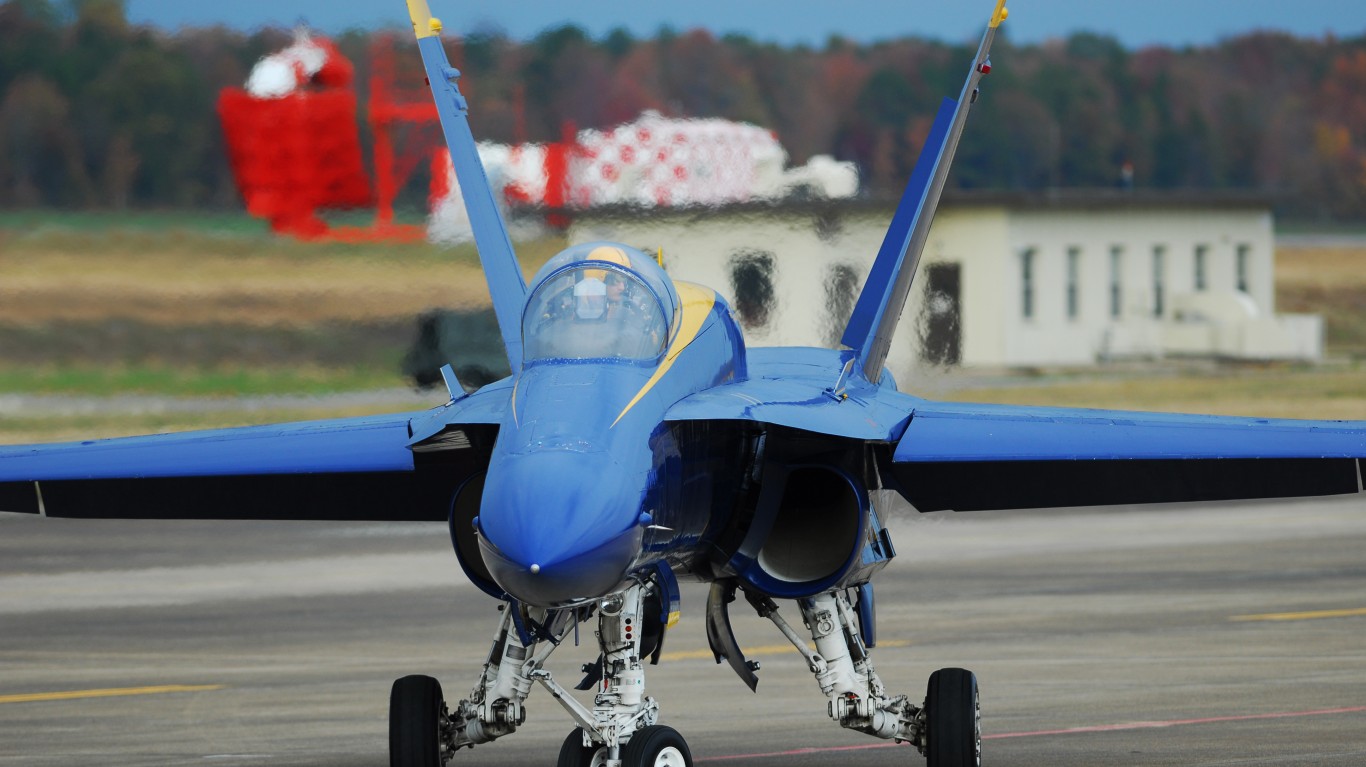 The primary export of Arkansas is airplanes and airplane parts. However, the total export value of these products is relatively small, at just $1.0 billion annually, the third smallest total of the 14 states for which the top export is aircraft and associated parts. According to the Arkansas Economic Development Commission, the state is home to the operations of 180 aerospace defence companies, including Lockheed Martin and Dassault Falcon Jet. Over 4,000 people in the state are employed directly in aerospace product manufacturing.

Rice is another leading export from the state. Arkansas is by far the largest rice producer in the United States, yielding 842.6 million pounds in 2019 alone. 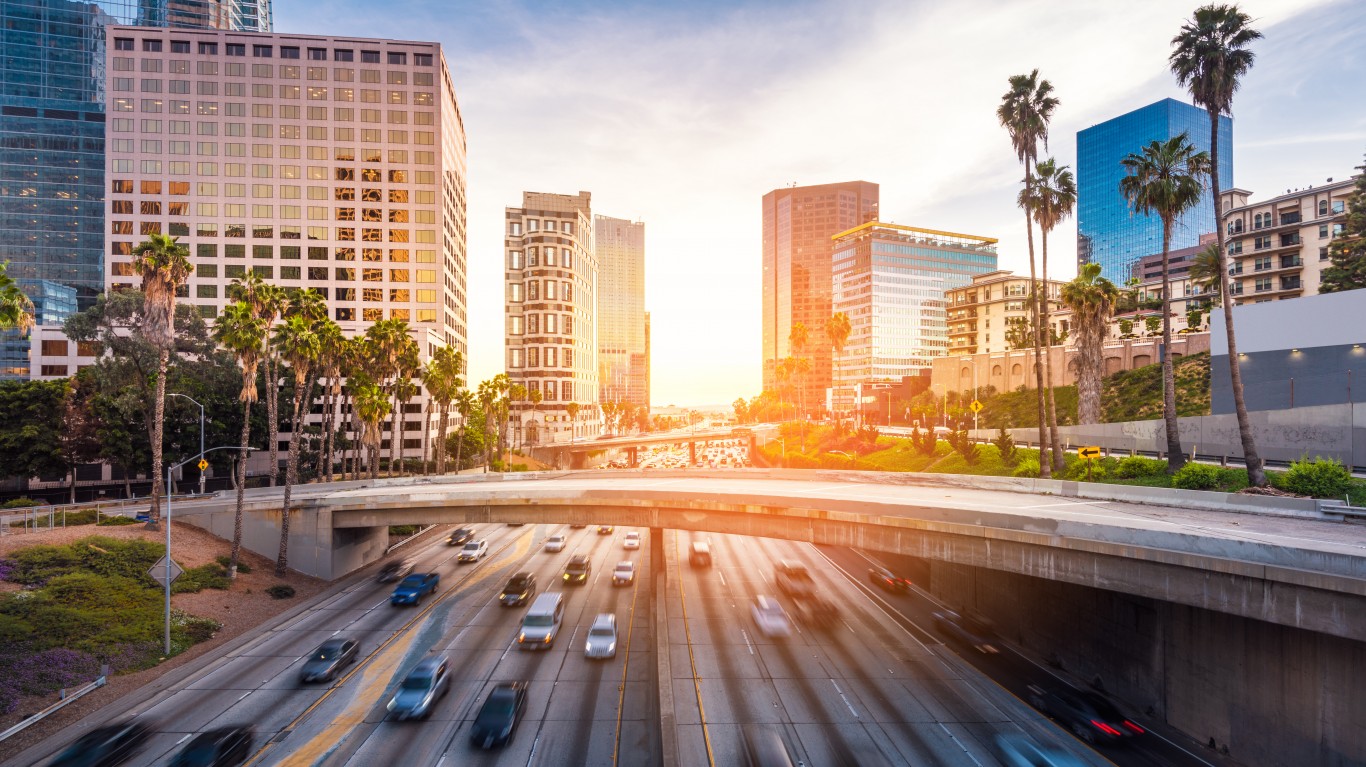 California has the largest economy of any state, and the state’s $8.9 billion in auto exports in 2019 tops the total value of all exports annually in over a dozen states. 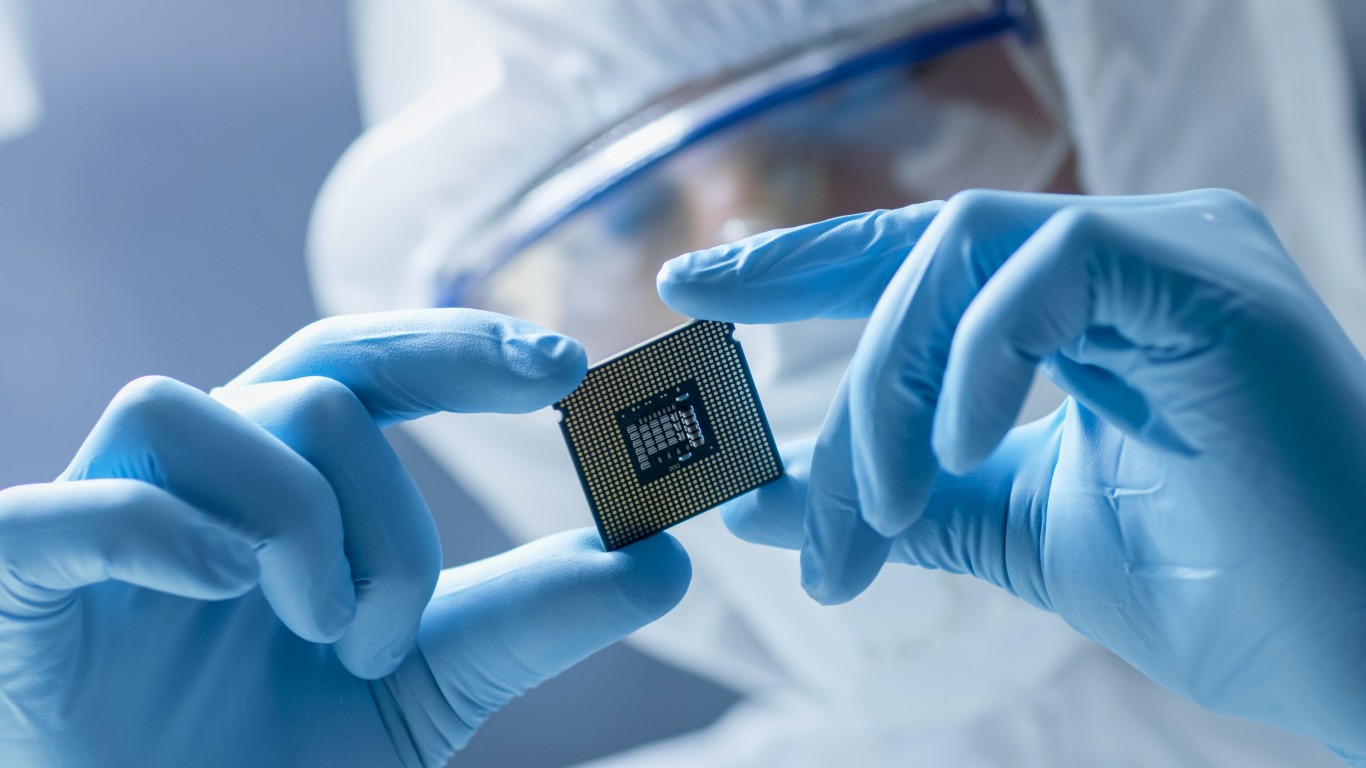 Colorado exported an estimated $538 million worth of semiconductors in 2019, the most of any product category. According to the trade group Semiconductor Industry Association, there are 31 semiconductor manufacturing facilities in Colorado that support some 2,100 jobs.

Colorado’s second leading export is fresh beef. In 2018, the state exported $476 million worth of fresh beef, accounting for 5.7% of the state’s total exports. According to the Colorado Cattlemen’s Association, the state has more than 2.8 million heads of cattle.