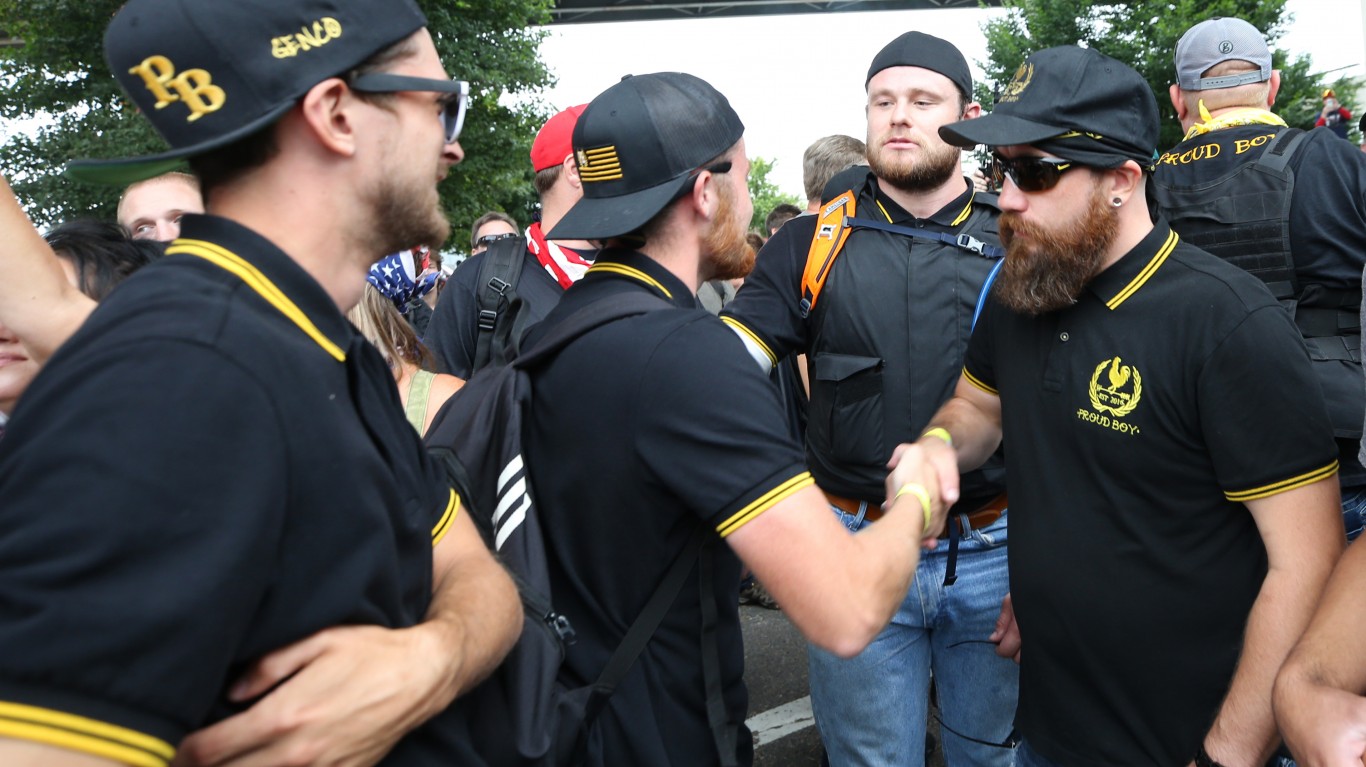 Three of the 15 active hate groups in Oregon are based in Salem, including the anti-immigrant Oregonians for Immigration Reform, anti-LGBTQ Pacific Justice Institute, and one of the three chapters of Proud Boys.

Oregon is among the least racially diverse states in the country. About 83.5% of residents identify as white and 1.8% identify as Black, compared to the national averages of 72.0% and 12.8%, respectively. It also has relatively few immigrants, as 9.7% of Oregon’s residents were born outside the U.S., much lower than the nationwide 13.7% rate. 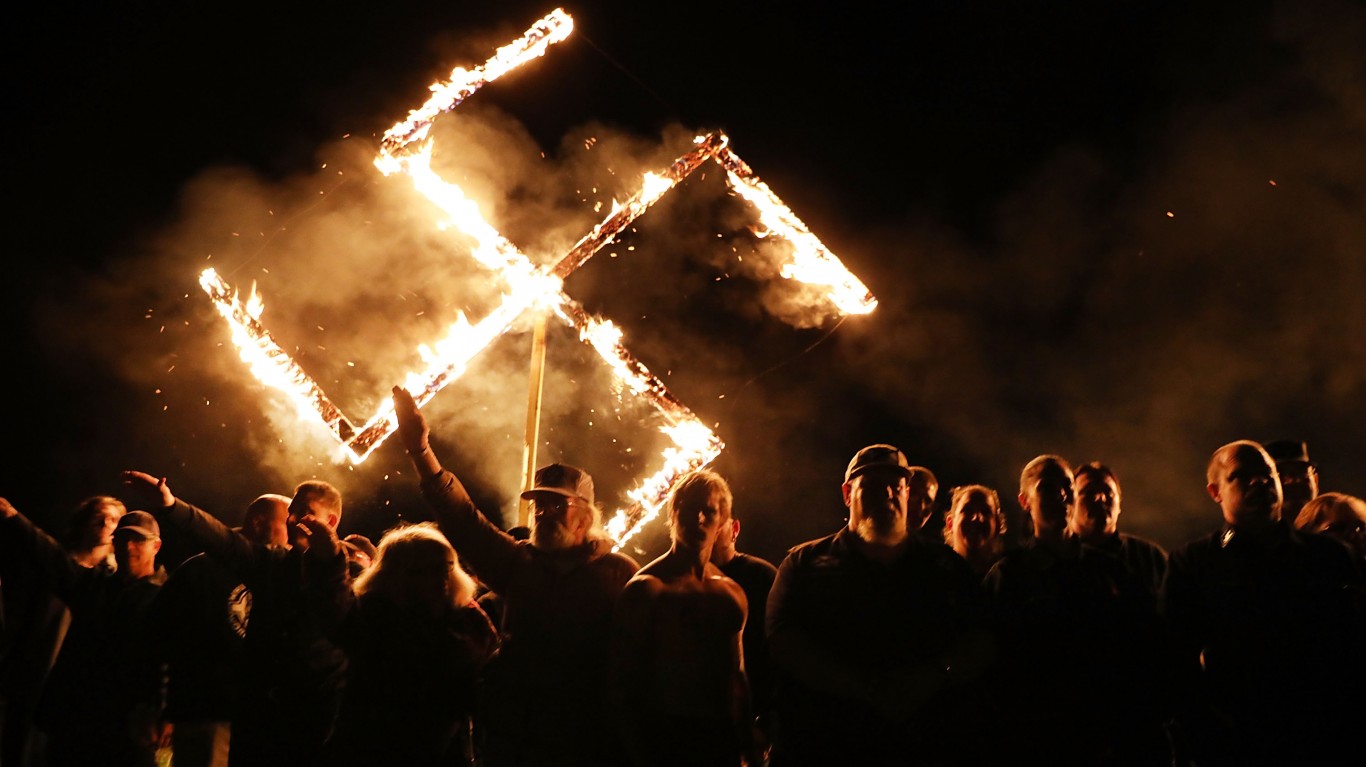 There are 38 known hate groups currently active in Georgia. They include two chapters of the KKK, the oldest and most infamous hate group in the country, and some newer groups, like a chapter of Proud Boys, a group established in 2016, and a Christian identity group.

Georgia, the eighth most populous state in the country, has one of the most racially diverse populations of any state. About 57.8% of residents identify as white, the third lowest share of any state. About 31.9% of state residents are Black, well above the 12.7% national share and the third highest share of all states. Racial bigotry is a central tenet in the majority of hate groups in Georgia — including the 13 known Black separatist groups. 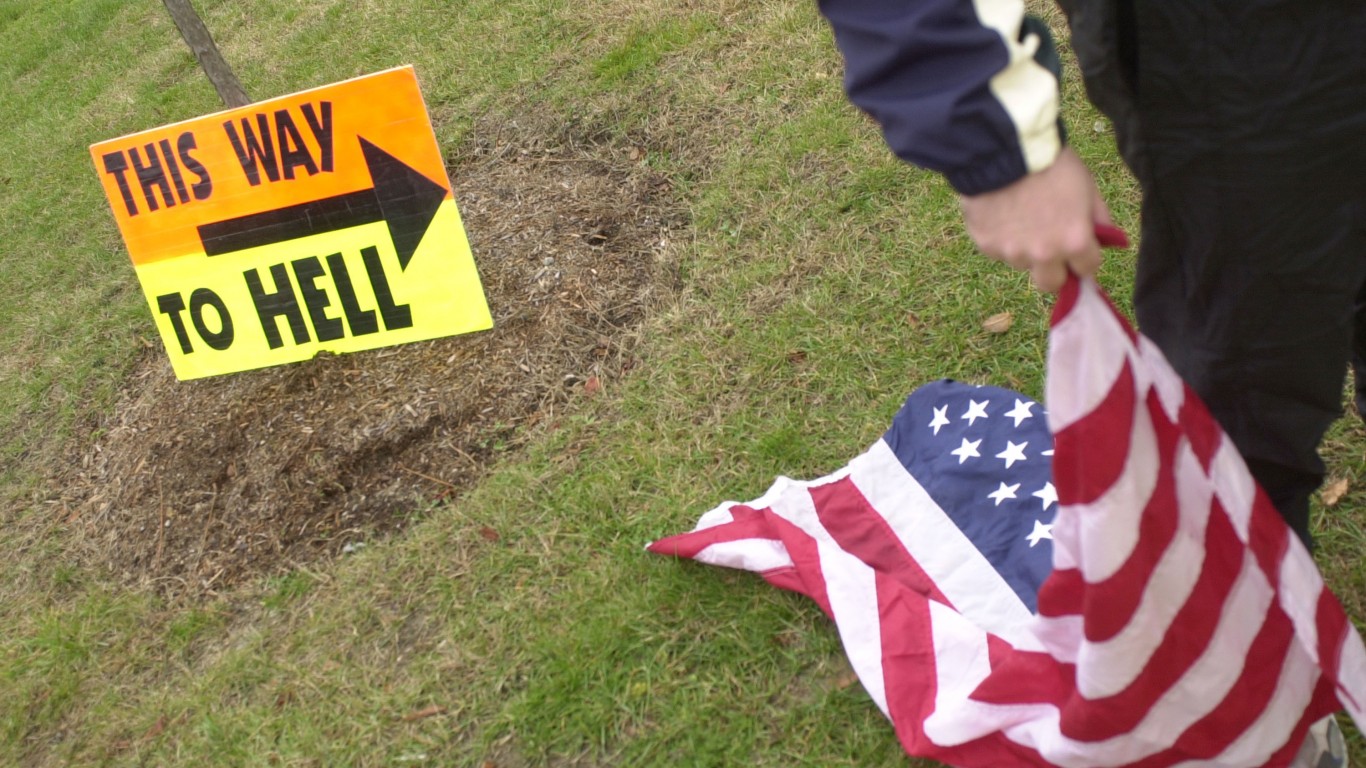 Colorado is far less racially diverse than the country as a whole. About 83.7% of state residents are white, compared to 72.0% of the U.S. population. 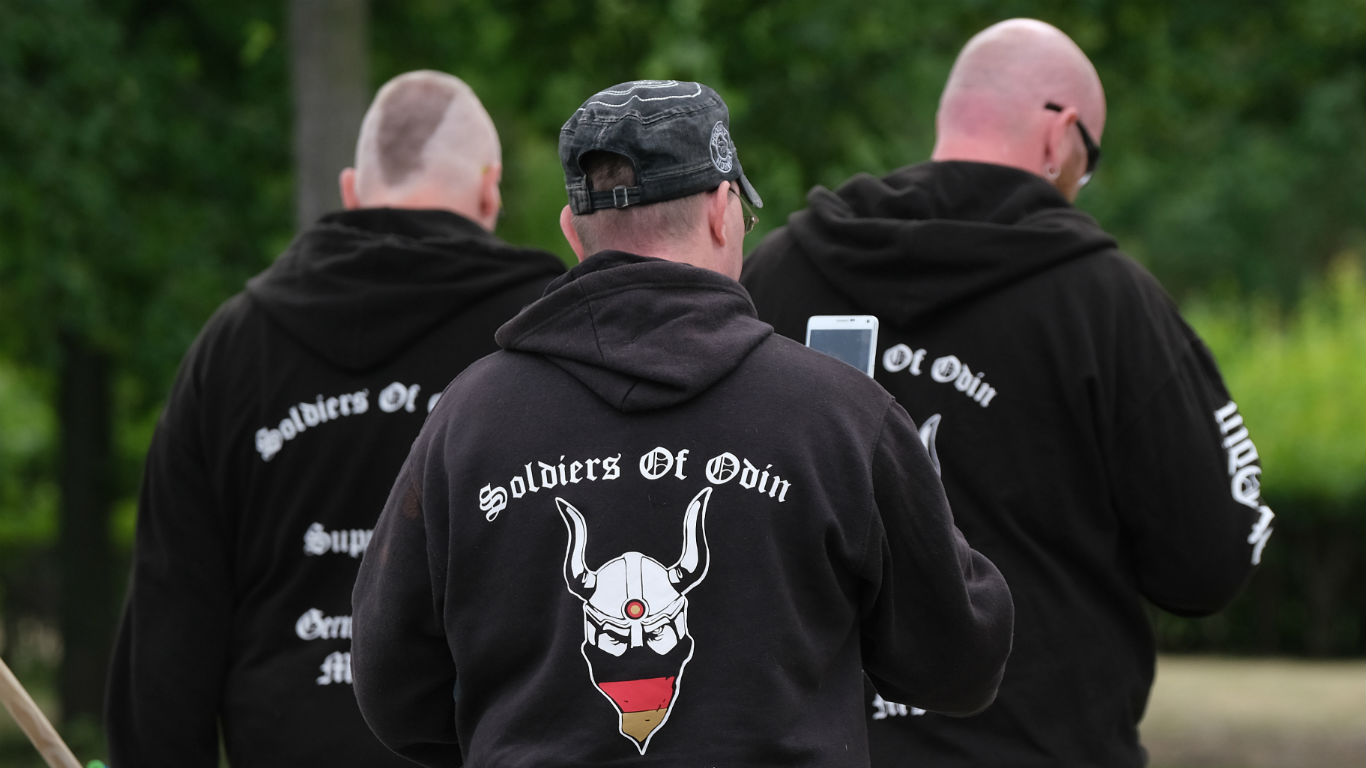 There are seven known hate groups active in Idaho, or almost four for every 1 million state residents. Nationwide, there are 2.9 hate groups for every 1 million people. Religion is a common foundation for hatred among groups in the state. Soldiers of Odin and G416 Patriots are two anti-Muslim groups. There is also a holocaust denial group in Coeur d’Alene and a neo-Nazi group that operates statewide.

Hate groups tend to be concentrated in less educated areas, and about one 28.7% of Idaho residents have a bachelor’s degree compared to 33.1% of adults nationwide. 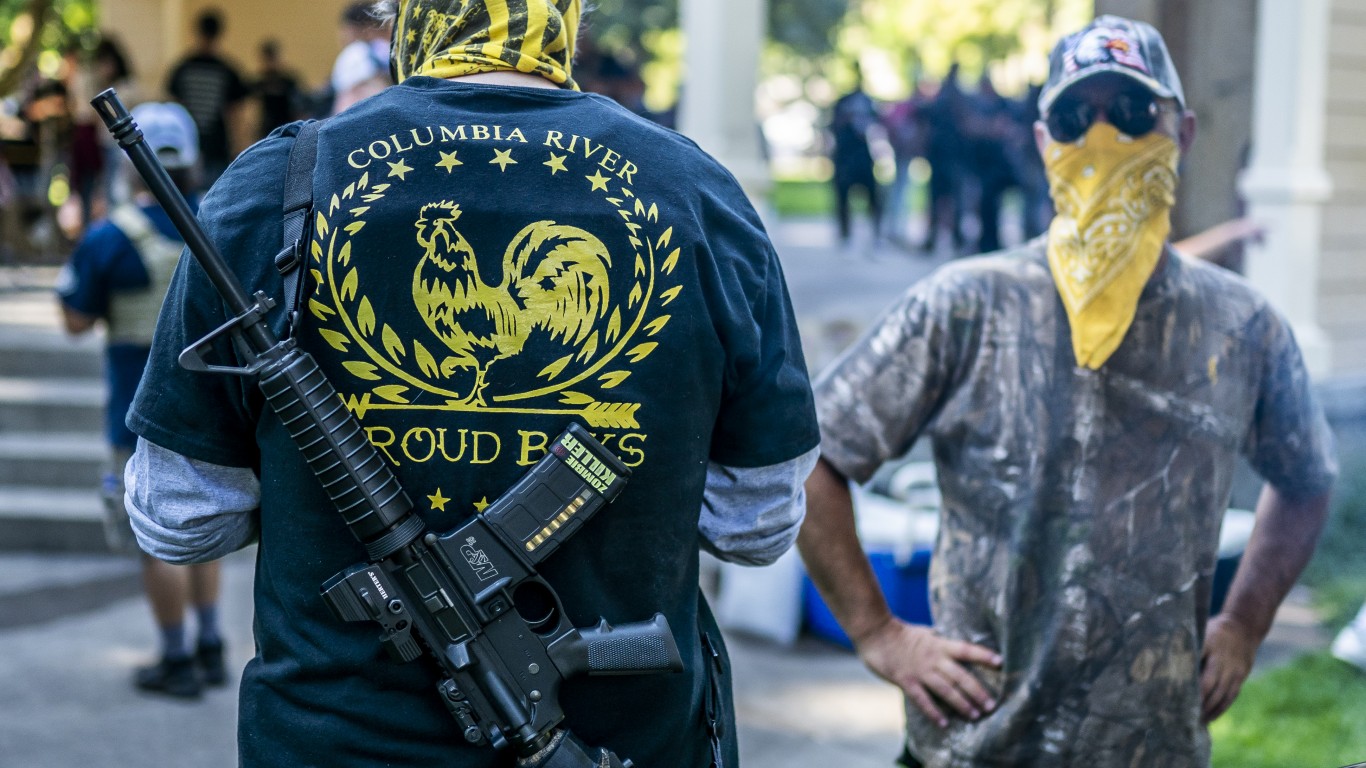 Washington is one of seven states on this list that added the most hate groups in nine years. In 2010, there were 13 known hate groups in the state; now there are 30. The 17 new hate groups include one anti-immigrant group in the state, four anti-LGBTQ groups, three anti-Muslim, three neo-Nazi, three Black separatist, four Proud Boys groups, and one KKK chapter.

Washington state has one of the highest shares of foreign-born residents at 14.9%, compared to the national average of 13.7%.