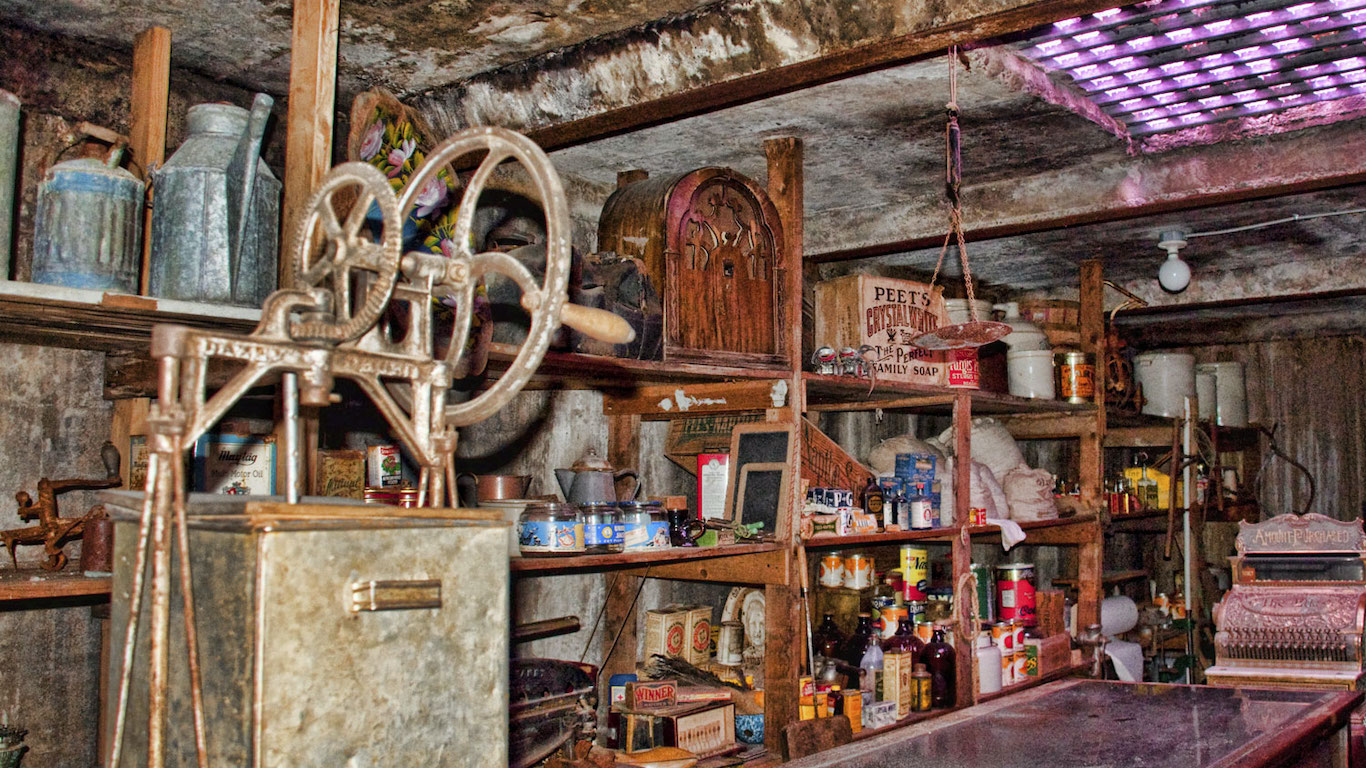 Roadside attractions are usually above ground, but some underground ones are worth a visit. Havre Beneath the Streets is a historical tour showcasing life in Havre, Montana, about a century ago, when a fire destroyed most of the city and businesses had to move underground to stay open. 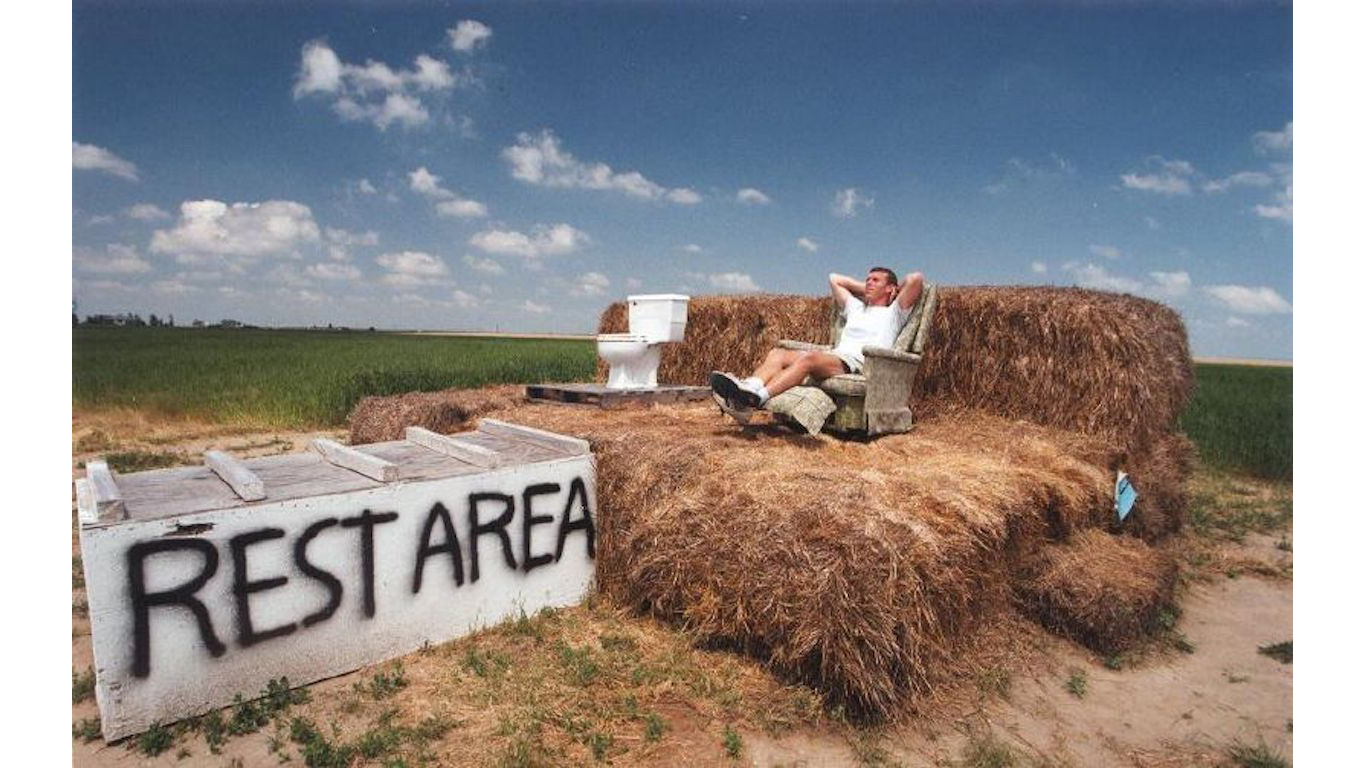 Nebraska is well known for its Carhenge, which is like the world-famous Stonehenge, but with cars. It’s nice and you should go see it. But then keep going about 2 miles North on U.S. Hwy 87 until you reach a lesser-known tourist attraction — the Rest Area with hay bales, a chair, and a toilet (that doesn’t flush).

24/7 Wall St.
Attractions That Are Being Destroyed by Climate Change 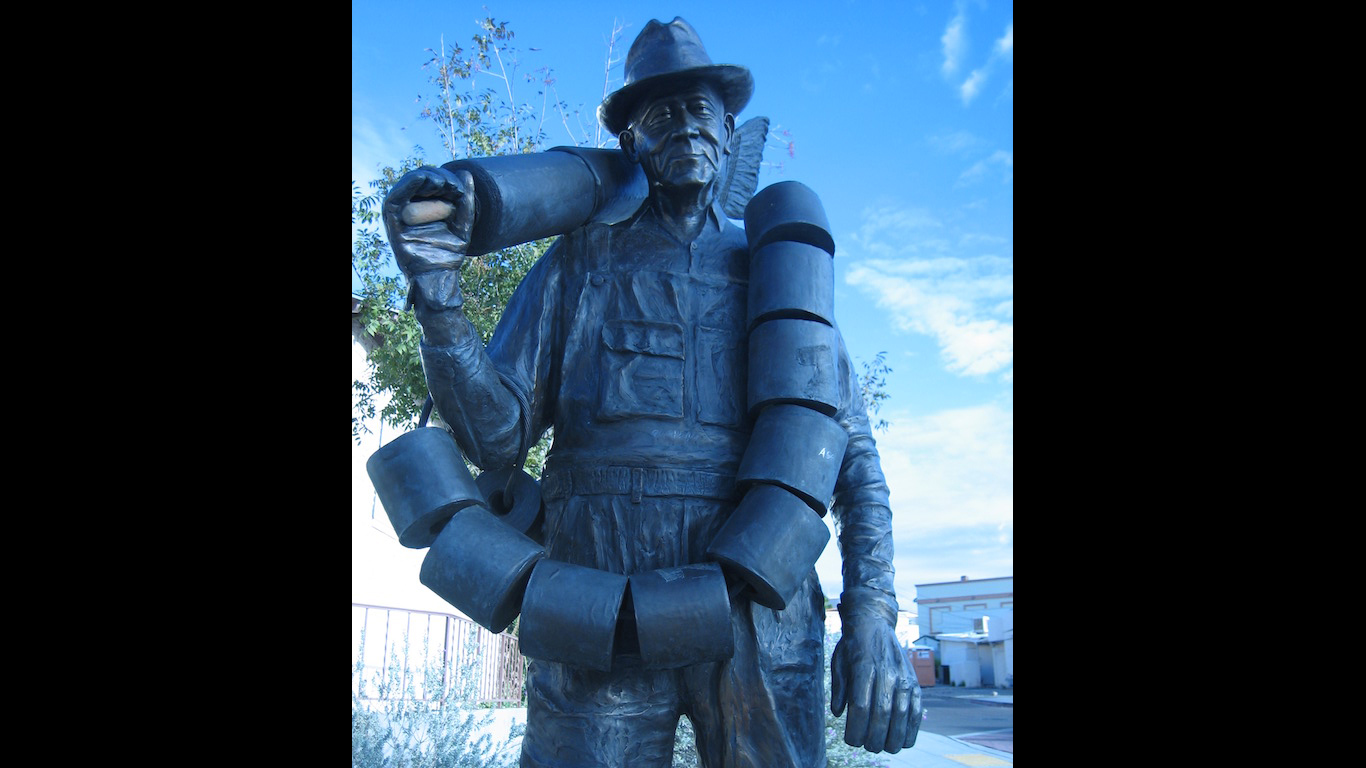 Can you imagine cleaning latrines for 7,000 men in 120 degree heat? That was the inspiration for Steven Liguori for his statue to “Alabam,” who worked at the nearby Hoover Dam construction site. Alabam cleaned the outhouses, a thankless job that Ligouri honored with this statue. 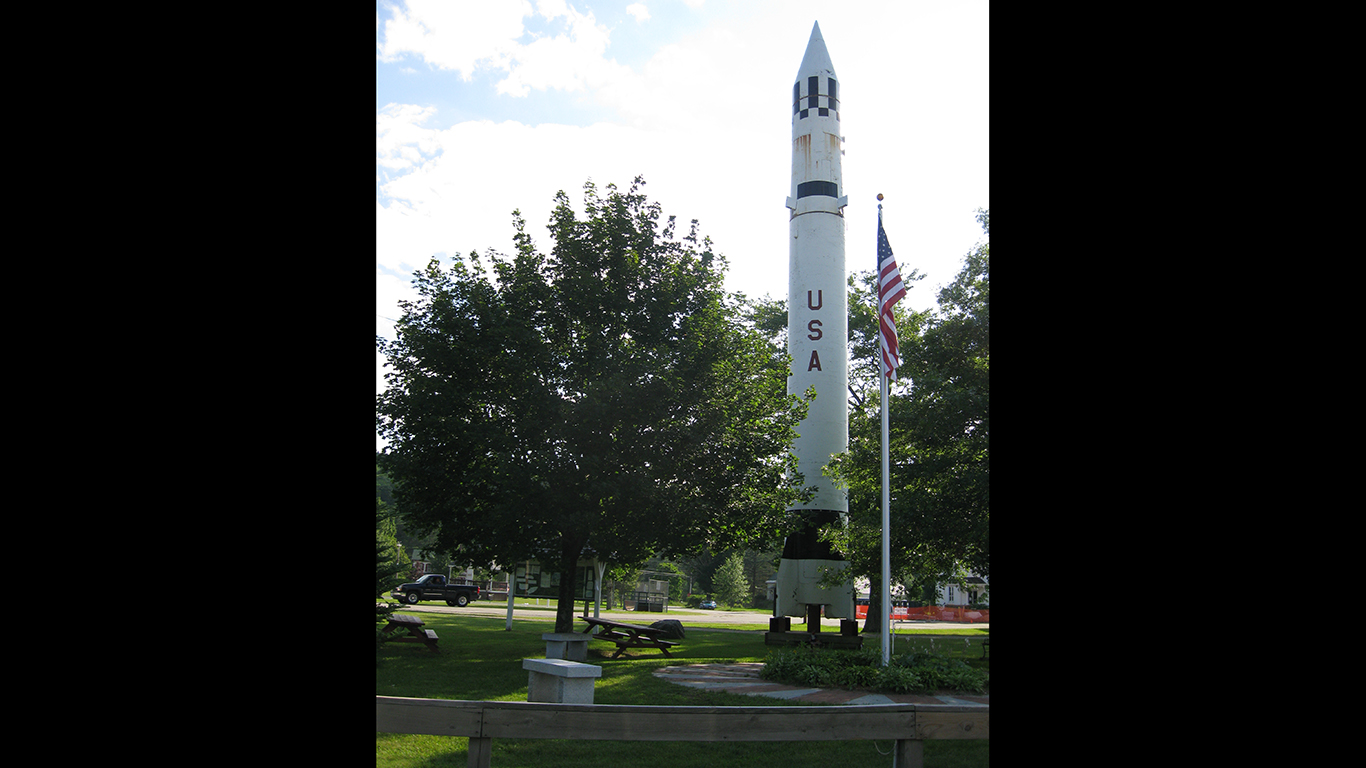 Installed to honor Mercury Seven astronaut Alan Shepard, the Redstone Rocket sits in a public park in Warren, New Hampshire. Part of a line of U.S. missiles that were the first to carry nuclear warheads during testing over the Pacific Ocean, the upright missile is 66 feet long. 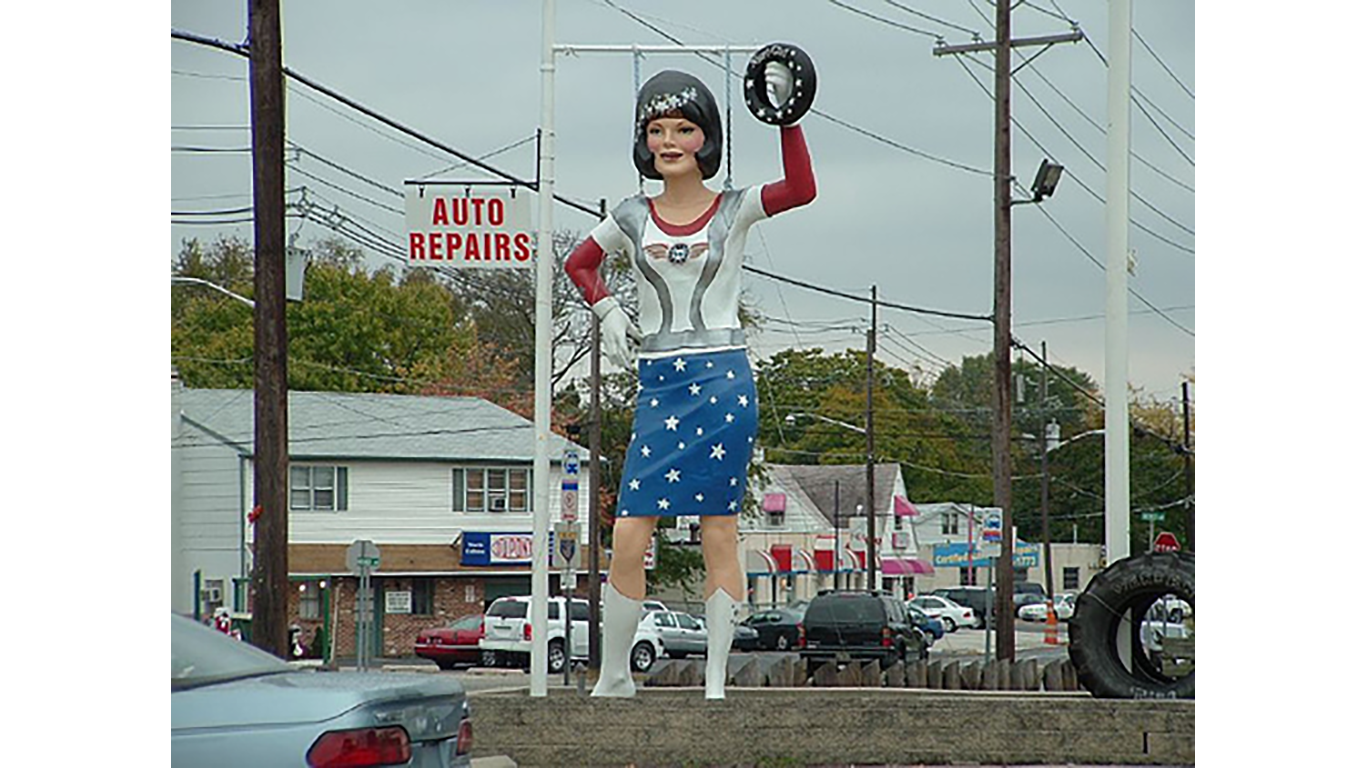 You may think of the statue as a Wonder Woman that looks like Jackie Kennedy. The 18-foot “doll,” as she used to be known, has been around since 1965. Since then, it has been transformed a few times, most recently in 2007, when her makeover created a crossover between Super Girl and Wonder Woman.