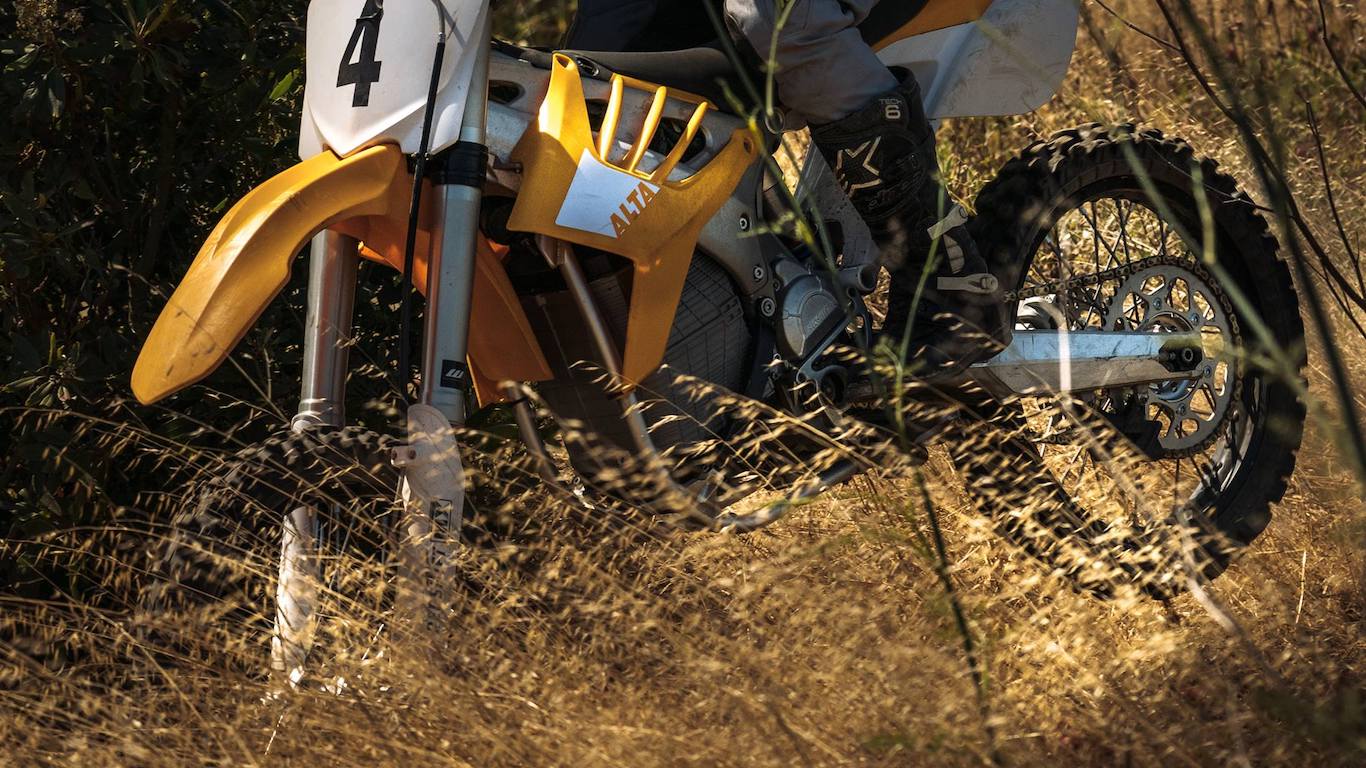 Even as electric cars like Tesla have been taking off, one of the major players in electric motorbikes shut down operations in 2018. Alta Motors had expanded to more than 70 dealerships by 2018, but it failed to maintain a firm financial footing, even though sales had increased 50% in 2018 and reviewers and journalists seemed to be impressed with the product. A potential partnership with Harley-Davidson reportedly fell through, and the company ceased operations in 2018. 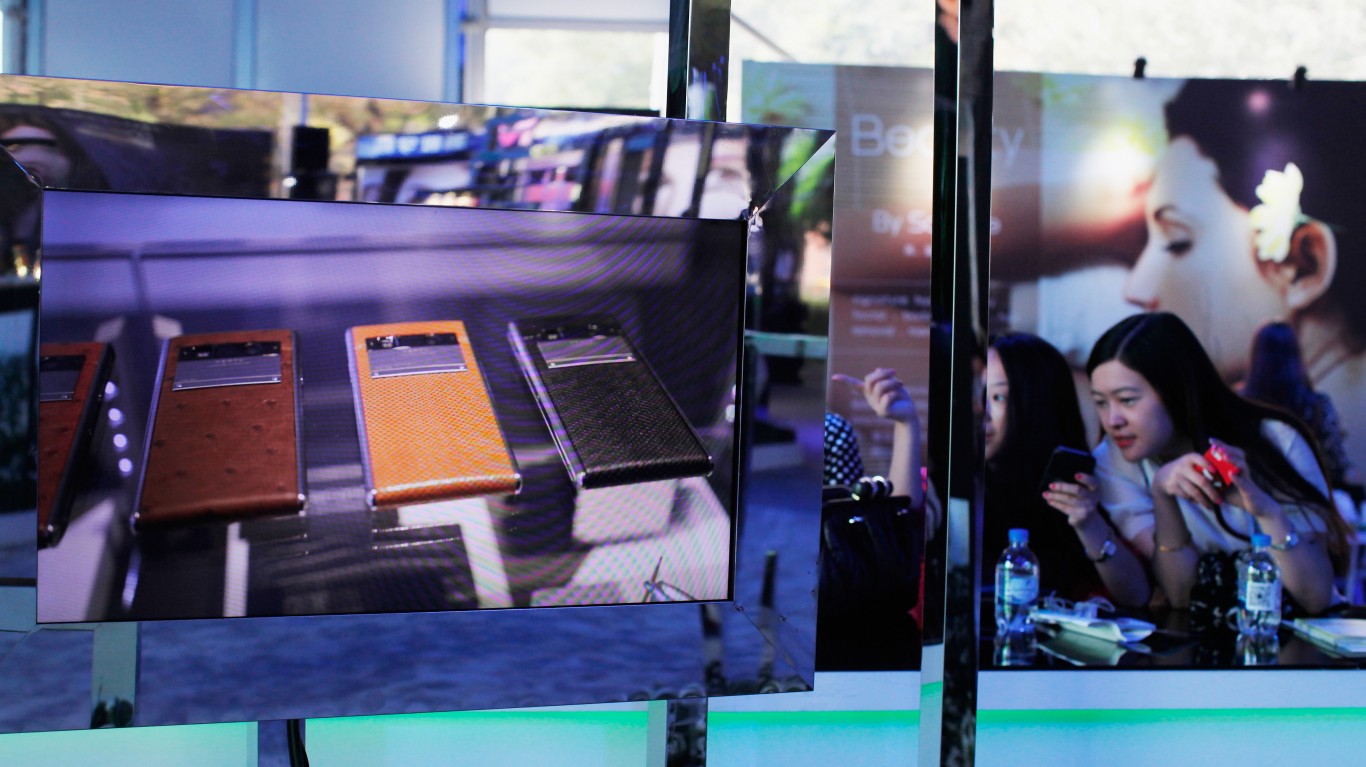 Vertu was founded in 1998 by Nokia as a high-end luxury phone maker. Vertu phones were often covered in jewels and other precious metals, costing over $10,000 for even the most basic of models. Nokia spun it off in 2012 to a Swedish private equity group that paid over $200 million for Vertu in 2012. The phones were difficult to sell, in part because of the high price point, but also because the technology itself was inferior to other phones on the market. The company was struggling over the next few years, posting losses of more than $60 million in 2014. Vertu was sold to a Hong Kong-based fund in 2015, then to an exiled Turkish businessman in 2017. That year, it was revealed the company had over $130 million in debt, and it was liquidated. 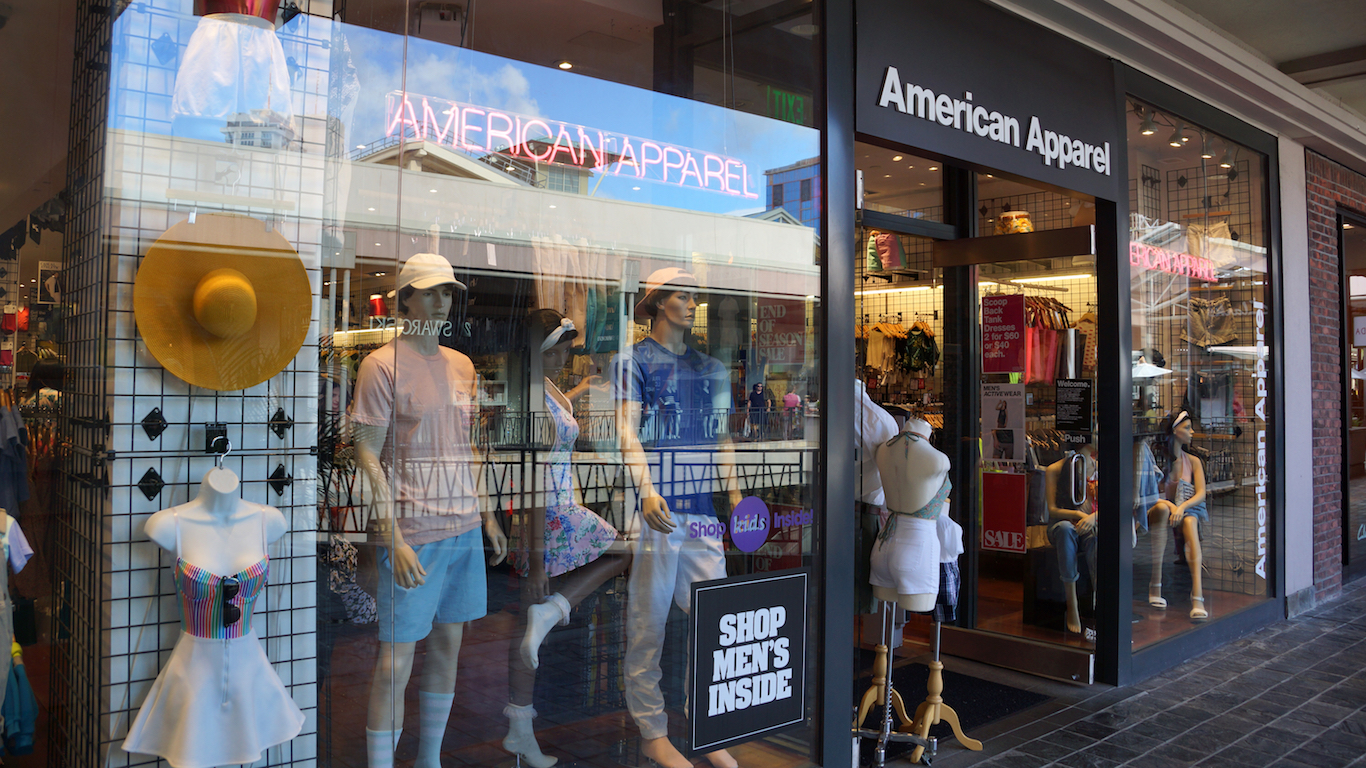 Once a shopping mall staple, there are no more physical American Apparel locations in any of America’s malls. At its peak, the company was valued at over $1 billion, and once had over $600 million in sales. But the company filed for bankruptcy in 2015 after failing to turn a profit for six years. The clothing retailer would file for bankruptcy again just over a year later. American Apparel laid off employees and auctioned off its brand and equipment for just $88 million. It now operates as an online-only retailer. 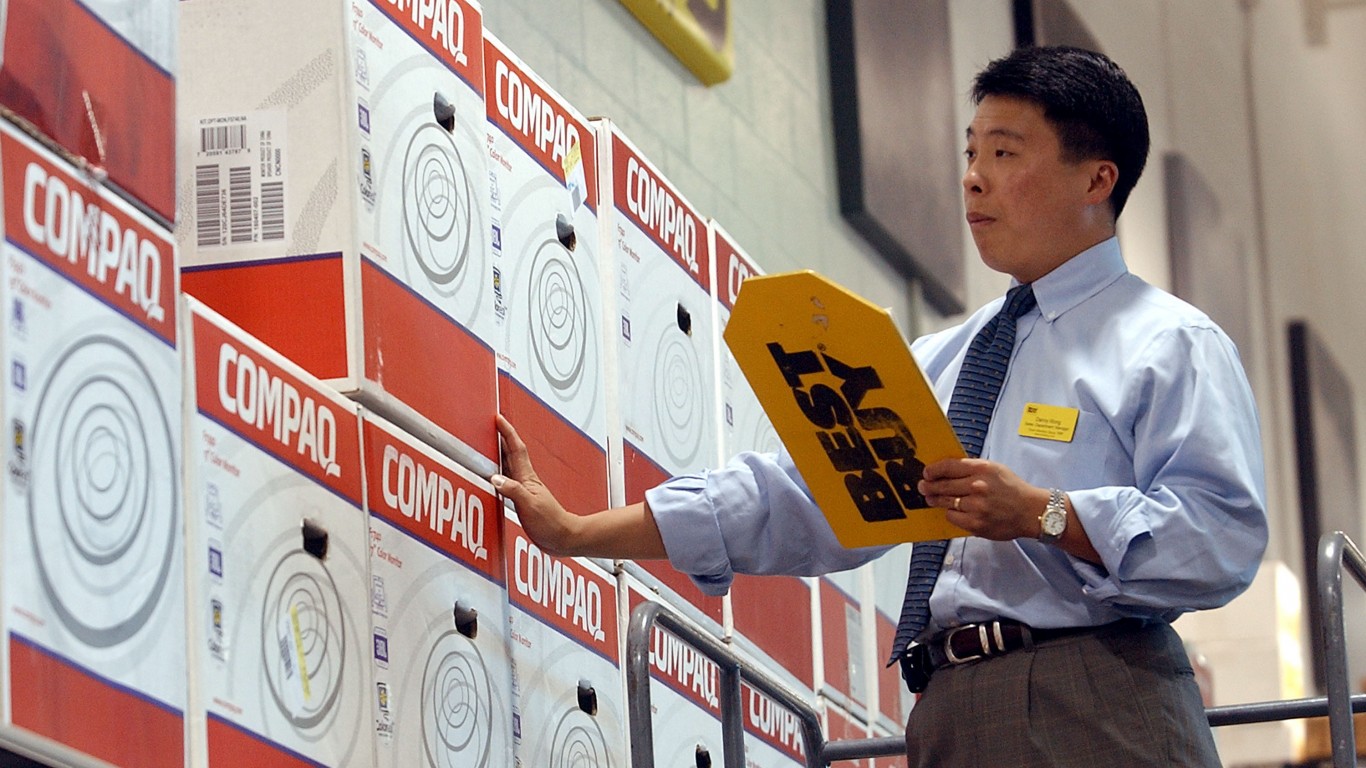 Compaq was once one of the leading computer companies in America and the world overall. After its 1982 founding, the company had experienced tremendous growth, and by 1994, it controlled over 10% of the global computer marketplace. At its peak in 2000, Compaq was worth $40 billion. Yet competitors like Dell were able to eat up much of Compaq’s market share by selling directly to customers and allowing customization, while Compaq had distribution deals with retailers like Best Buy and Circuit City. In 2002, Compaq was acquired by HP for $24 billion in a controversial and contentious merger. HP retired the Compaq name in 2013. 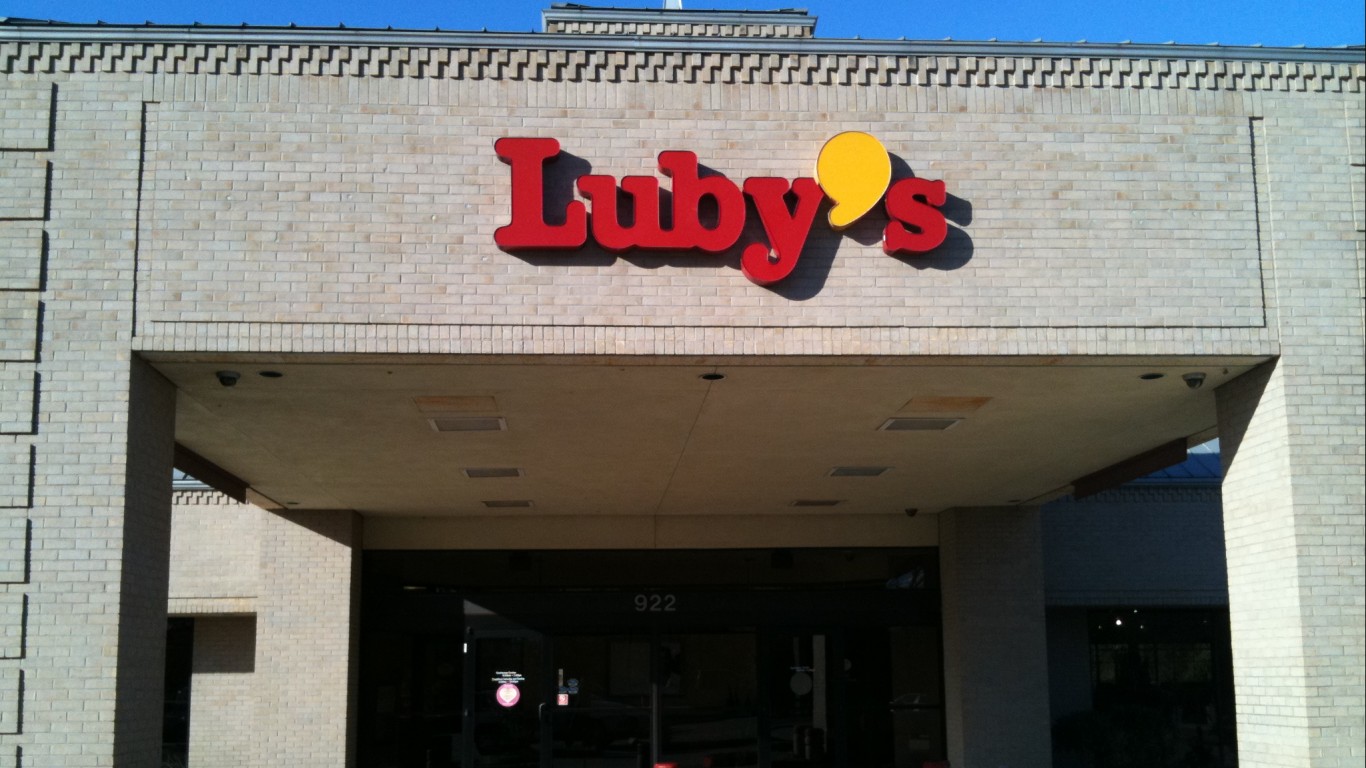 Like many other restaurants, Luby’s Cafeteria struggled with the COVID-19 pandemic. The eatery was particularly ill-suited to survive — its cafeteria-style serving made social distancing harder, and the restaurant chain had already been struggling financially for years. The company announced in September 2020 that all of its Luby’s Cafeteria locations would close. Its parent company, Luby’s Inc., said in December it would sell off all Fuddruckers locations to a franchisee before dissolving the company altogether.