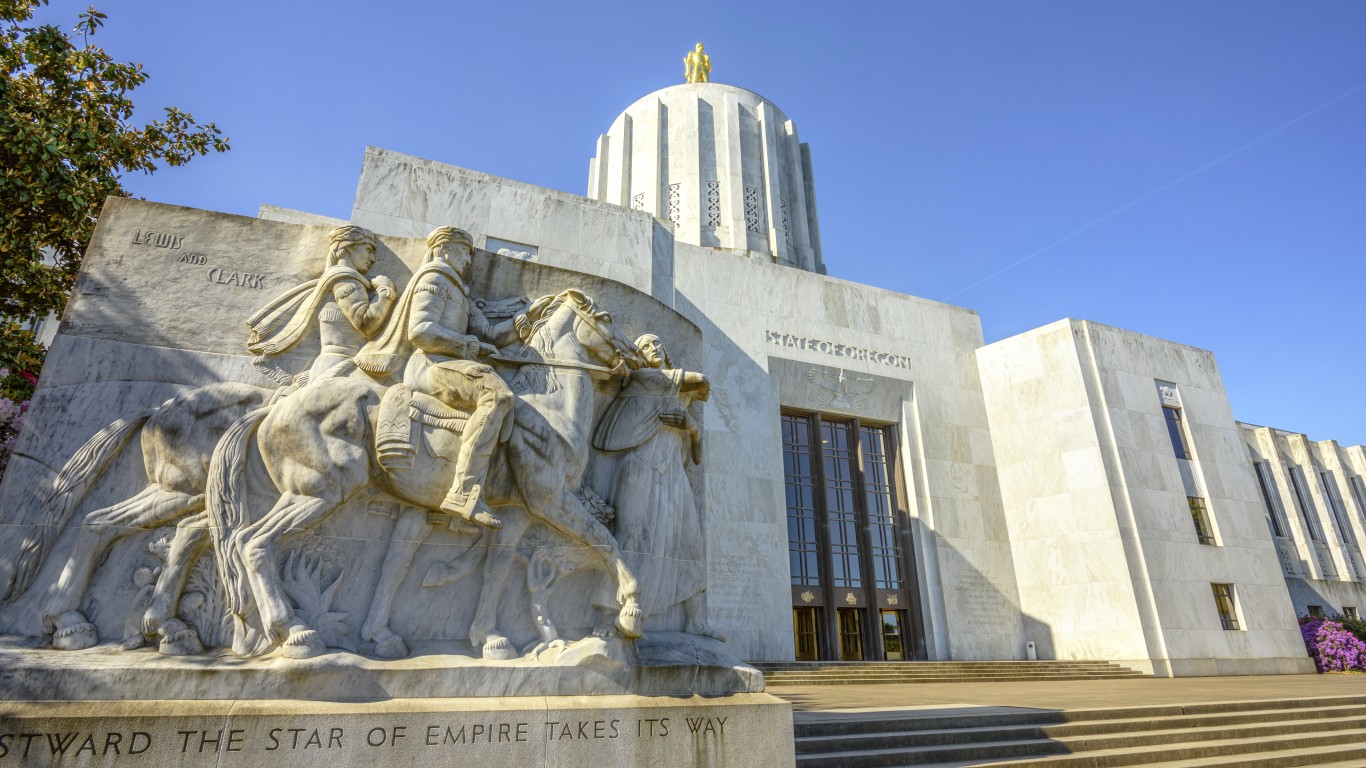 Oregon ranks as one of the best run states in the country in large part because of its positive financial outlook. Moody’s gave its seniormost tax backed bond an Aa1 rating, the second-best possible score, and said the state’s outlook is stable. The state’s current rainy day fund could cover 12.7% of the state’s general expenditures, the ninth highest share among states and well above the 8.7% average among states.

Oregon has ranked as one of the 10 best run states every year since 2016. The state’s job market has consistently improved, with the number of people employed growing by 9.0% from 2015 to 2019, the ninth largest increase of any state over that time. 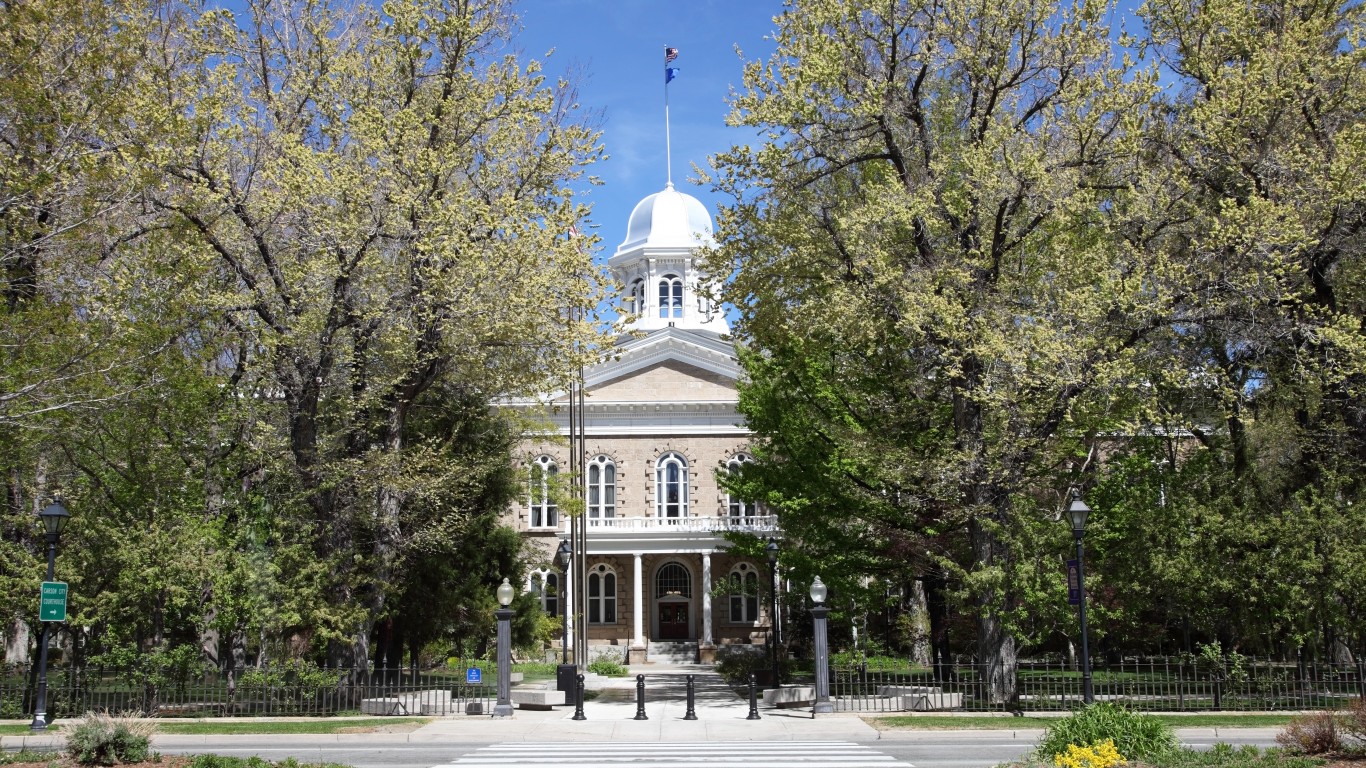 Nevada does not have a large amount of debt when compared to other states, at $1,116 per capita — the third lowest of any state. Its debt accounts for just 15.8% of revenue, compared to 44.6% in the typical state. 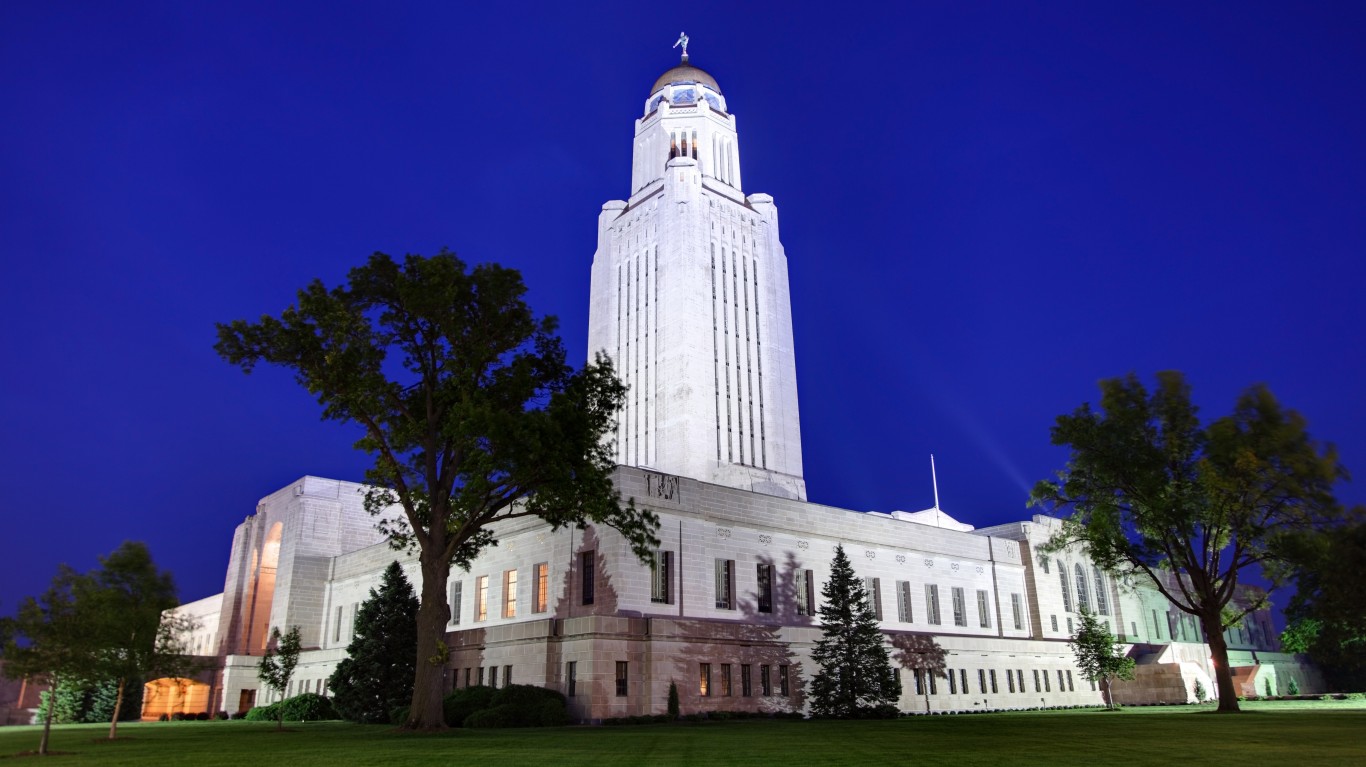 Nebraska has ranked as one of the 10 best run states each year since 2011. Though the state’s median household income of $63,229 is about $2,500 lower than the national median, residents are relatively unlikely to struggle financially. In 2019, Nebraska was one of just 11 states with a poverty rate under 10%. It also had a relatively low unemployment rate, at 3.0%. The national unemployment rate was 3.7% in 2019.

The cost of living is relatively low in Nebraska, as goods and services are about 10% cheaper in the state than they are nationwide. 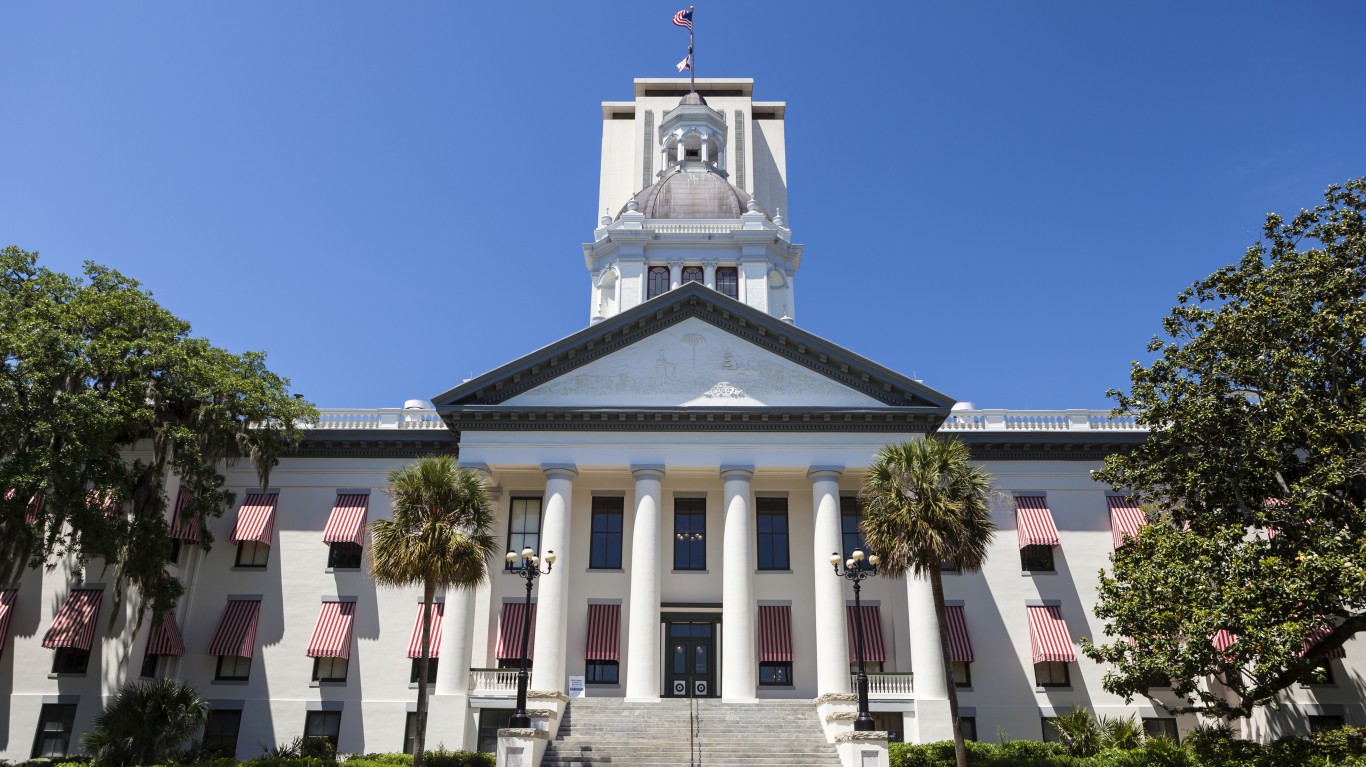 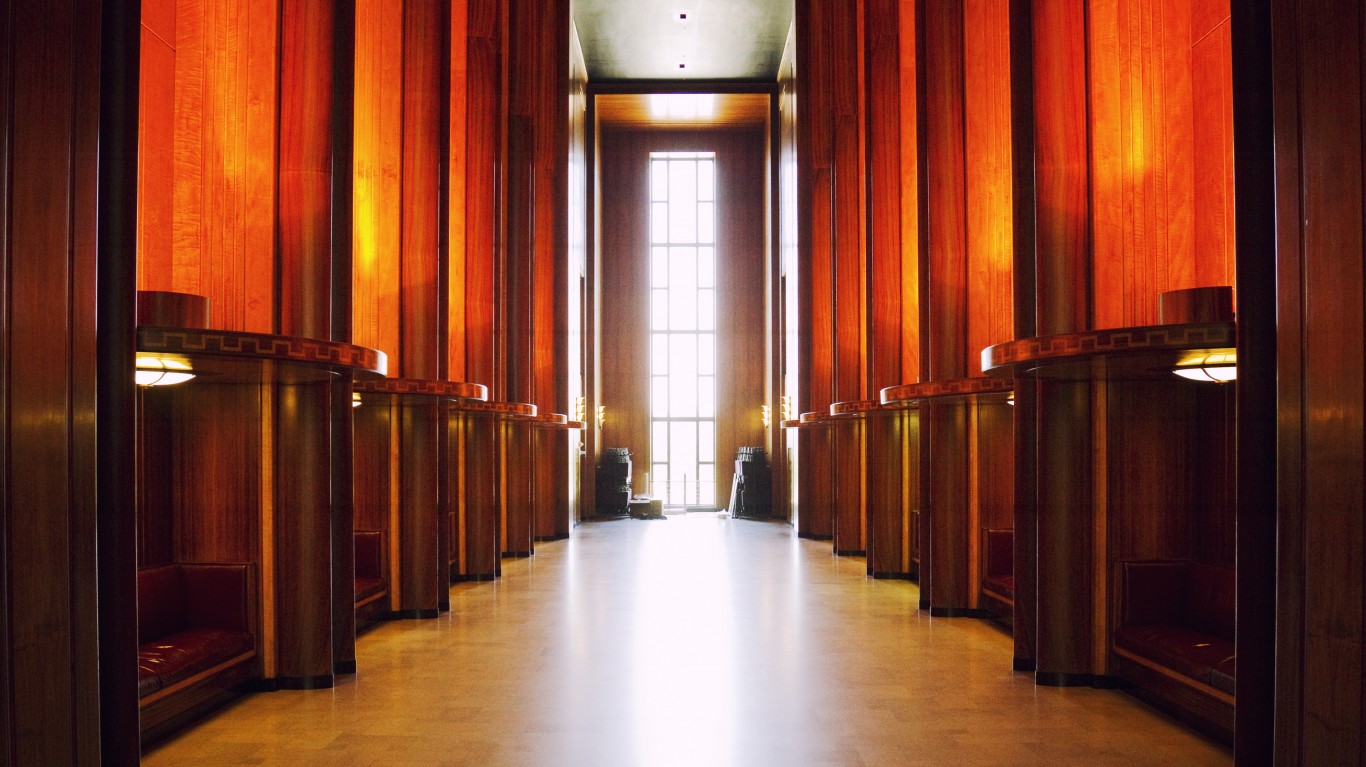 North Dakota is an oil and gas powerhouse, and its exports per capita rank third in the nation at over $8,000 per person. However, the number of active drilling rigs declined sharply starting in 2015, and this is likely one reason why the state has had one of the worst job markets in the country in recent years. From 2015 to 2019, the number of jobs in North Dakota fell by 3.0%, more than any other state.