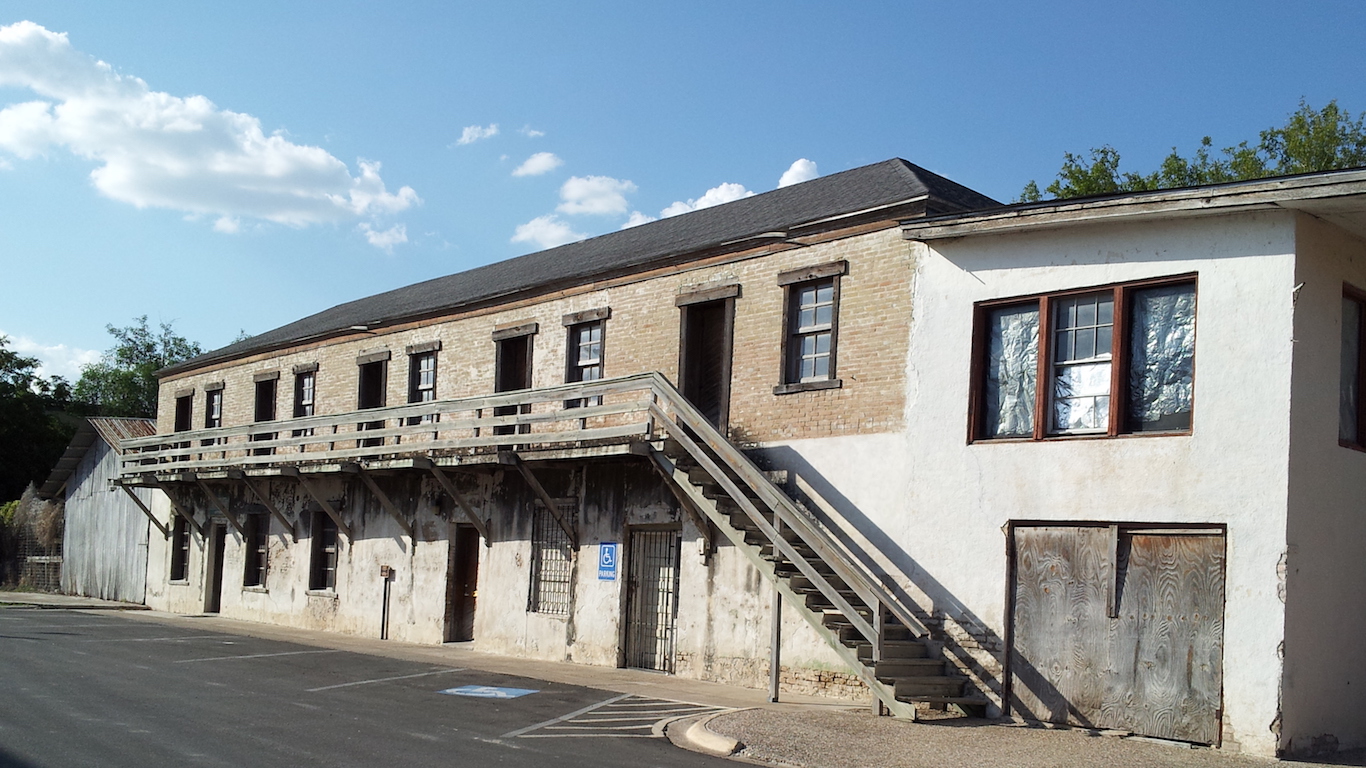 Mikes, Texas, a Census designated place in Starr County, is near the state’s southern border — like several other places on this list. Close to three in every four of the roughly 900 residents of Mikes live below the poverty line. It is one of the only places in the United States where, according to Census data, none of the residents 25 or older hold a bachelor’s degree. Just 6.1% of the adult population even have a high school diploma, compared to 88% of American adults.

Those with lower education attainment are less likely to find high-paying work or hold steady employment. An average of over 20% of the Mikes CDP labor force were unemployed over the last five years, compared to the 5.3% national rate. 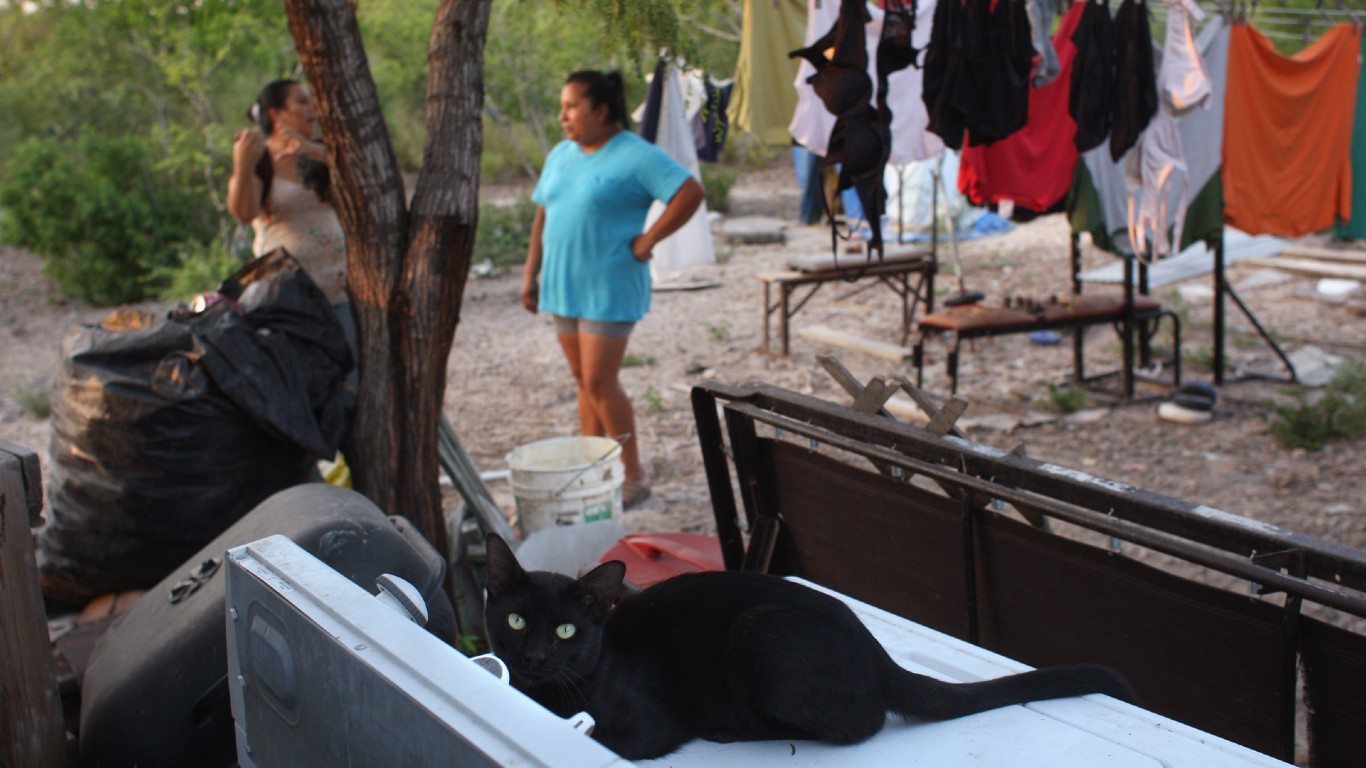 La Tina Ranch is a Census designated place in southern Texas. It is one of only nine communities in the United States — excluding college and university towns — where more than three in every four residents live below the poverty line.

Like many poor communities in southern Texas, La Tina Ranch has a large Hispanic and Latino population — a group that often faces considerable hurdles to educational attainment. In La Tina Ranch, less than 70% of the 25 and older population have a high school diploma.

24/7 Wall St.
Income It Takes to Be Considered Middle Class in Every State 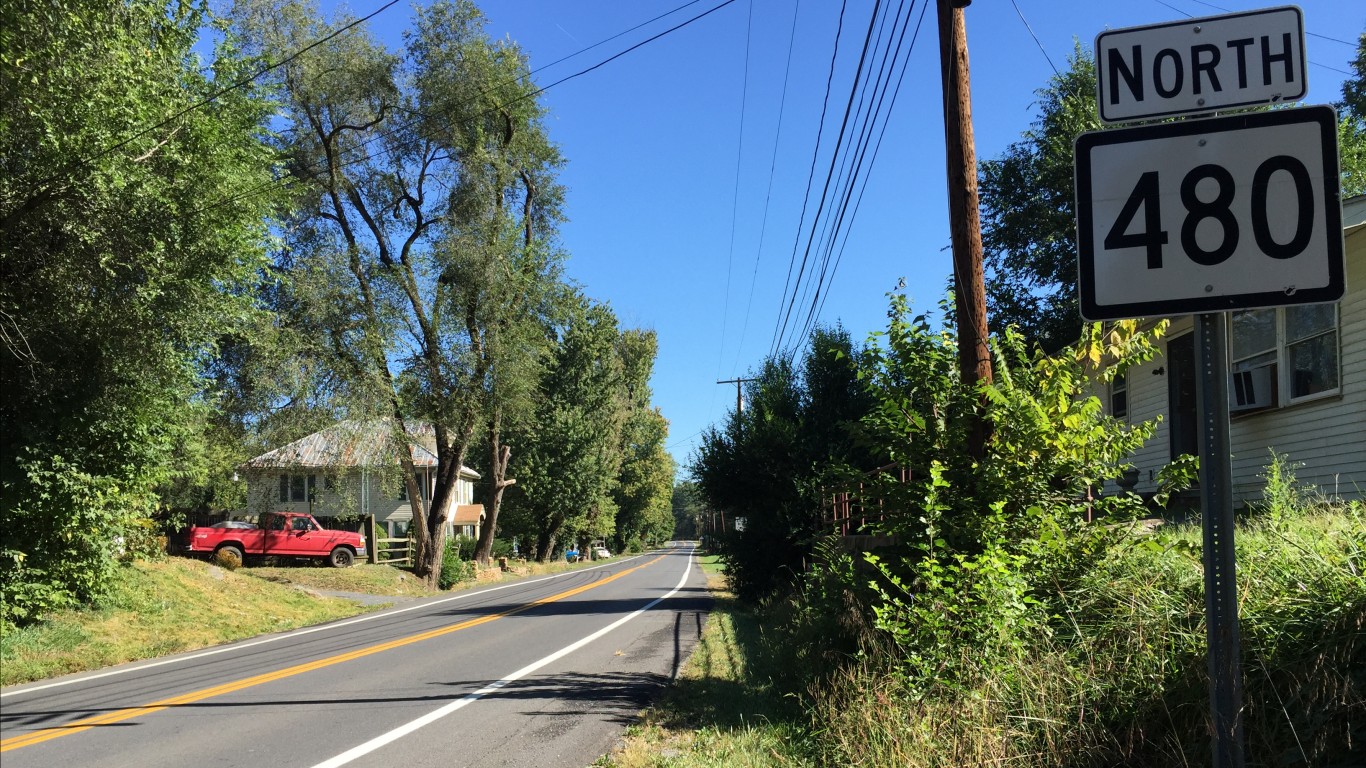 Jefferson is the poorest place in West Virginia and one of the poorest in the United States. The local poverty rate of 77.8% is nearly six times the comparable national rate.

Located in a coal-producing region, Jefferson is one of many communities across the state where declining coal production has had economically devastating effects. Only about a quarter of the local 16 and older population participate in the labor force, and an average of 20.5% of all participants were unemployed in the last five years. 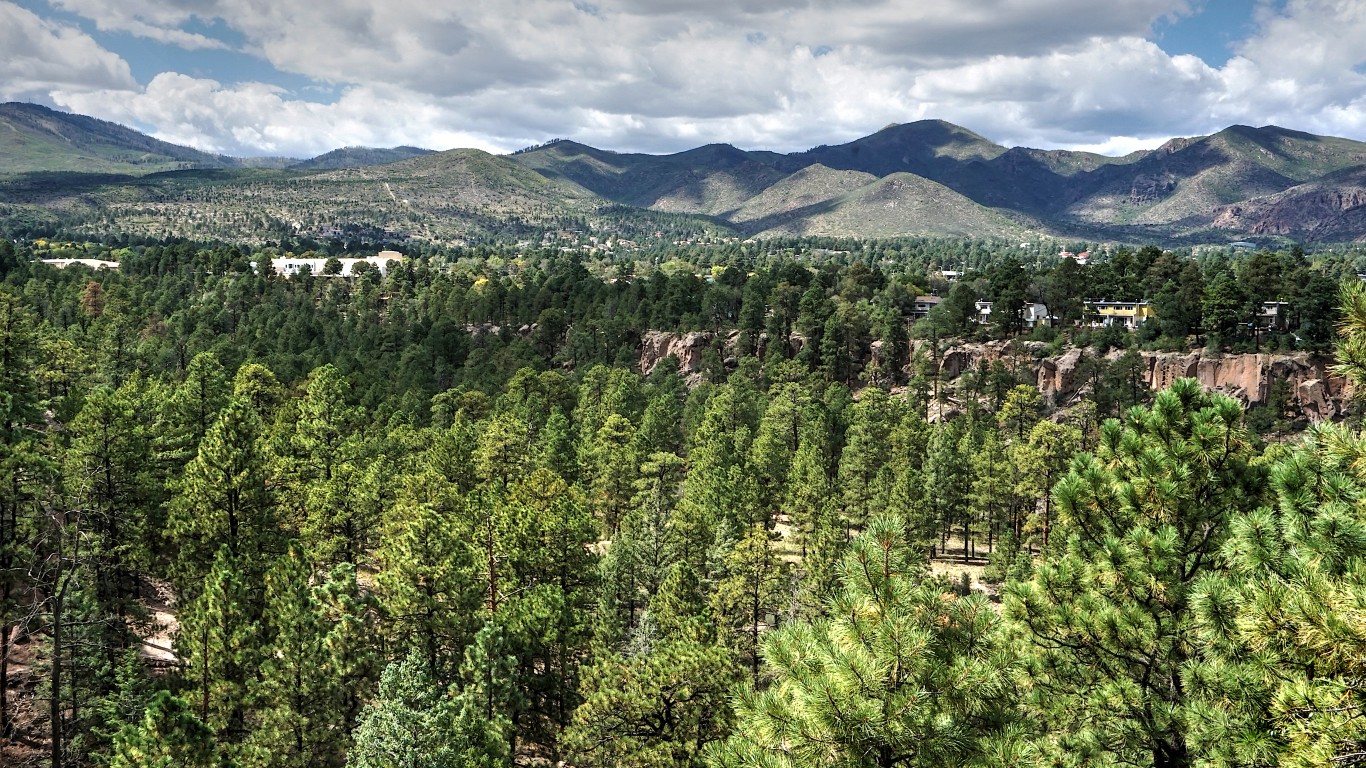 Alamo, New Mexico, is an unincorporated community in the Alamo Navajo Indian Reservation. Conditions in reservations are often not conducive to economic prosperity, and in Alamo, nearly 80% of the population live below the poverty line.

Low educational achievement is one of many factors that contribute to widespread poverty in many Native American communities. In Alamo, only about half of all adults have a high school diploma, and just 3.1% have a bachelor’s degree or higher. 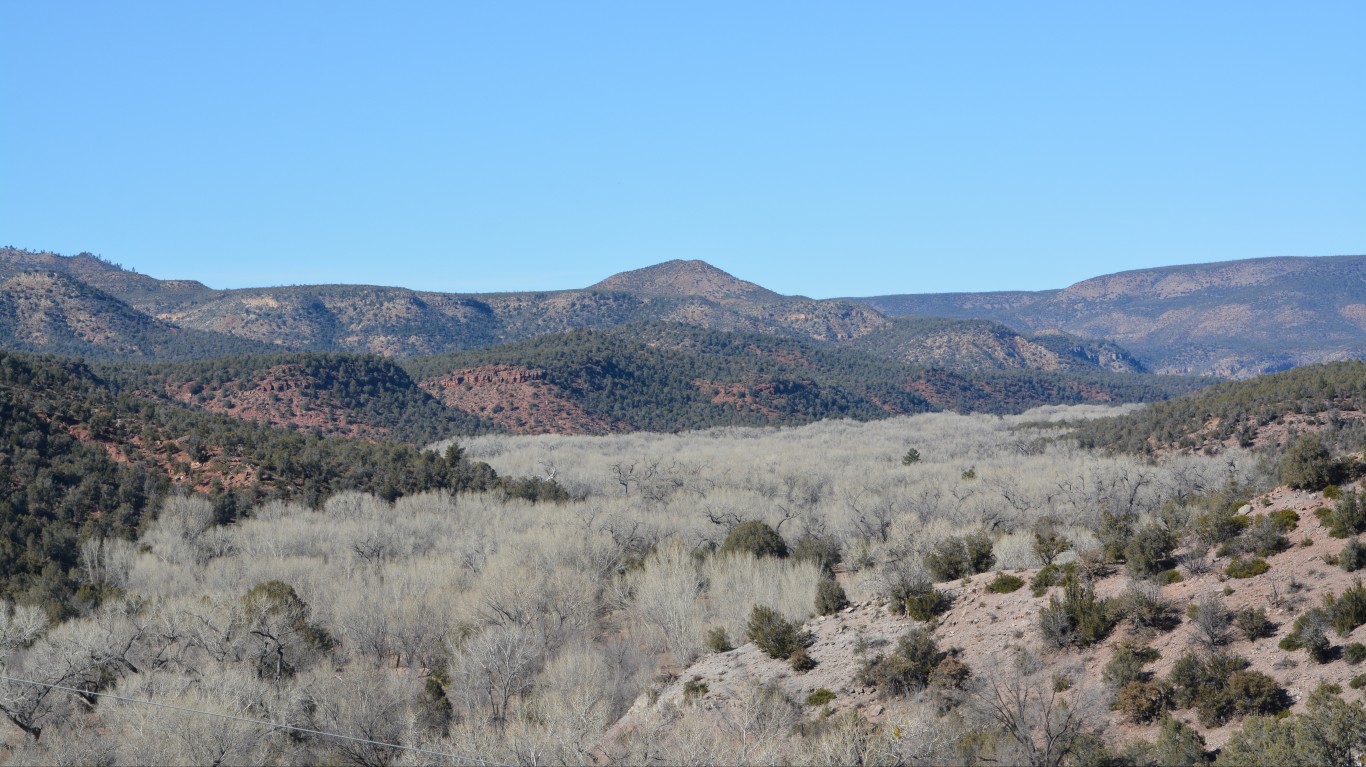 Round Valley, Arizona, is one of only six communities in the United States — excluding college and university towns — where more than four in every five residents live below the poverty line.

Low-income areas typically have limited economic opportunities, and in Round Valley, a lack of jobs is likely discouraging residents from even looking in the first place. Only 39.1% of the 16 and older population are working or looking for work, half the national labor force participation rate of 63.4%.