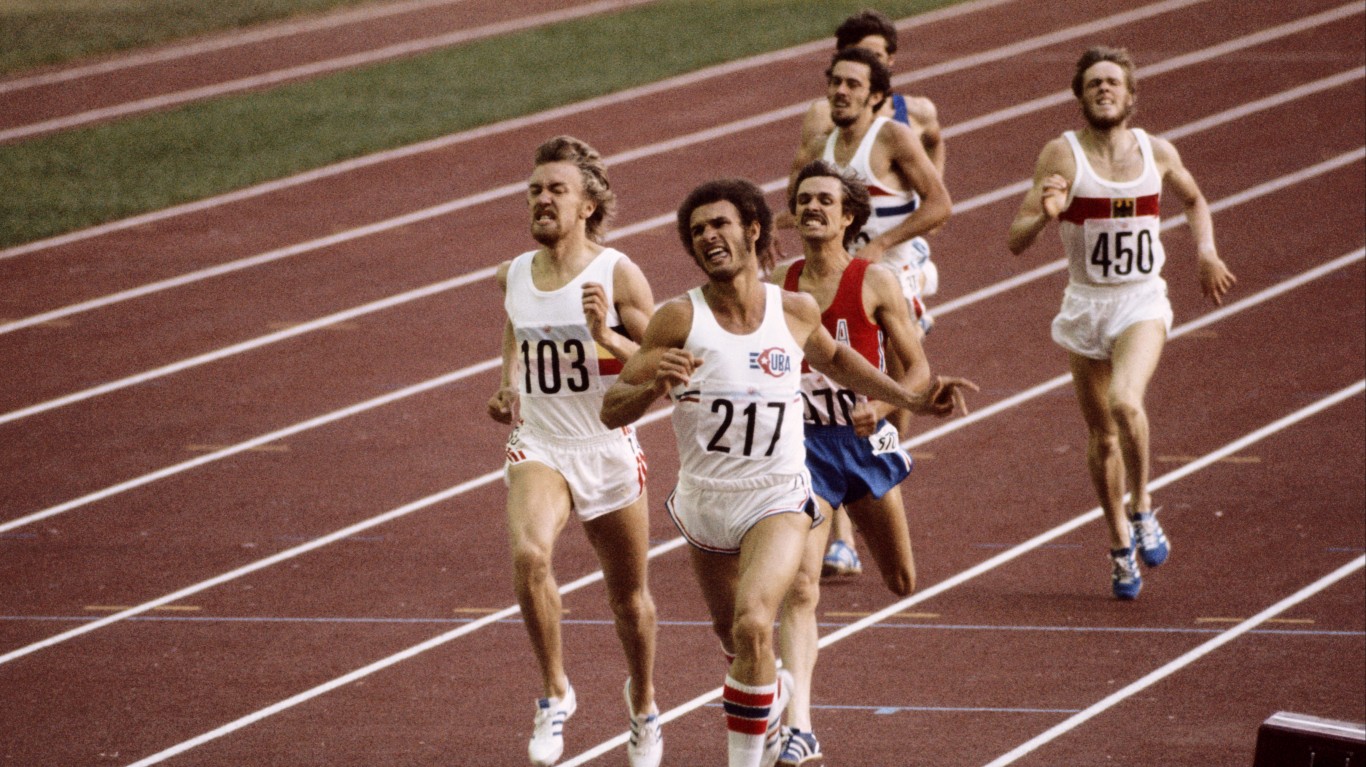 More than 40 years later, the 1976 Olympics in Montreal are now remembered not for the Games themselves, but the lingering financial crunch it left with the home city. The cost of putting on the Games ballooned to 13 times the original estimate and left the city over $1 billion in debt, which was not paid off for 40 years.

The star of the 1976 Olympics was Soviet gymnast Nikolay Andrianov. He won seven medals — gold in the individual all-around, floor exercise, horse vault, and rings, silver in the team all-around and parallel bars, and bronze in the pommelled horse. His performance helped the Soviet Union dominate the field, winning 125 medals. The U.S. was second with 94. 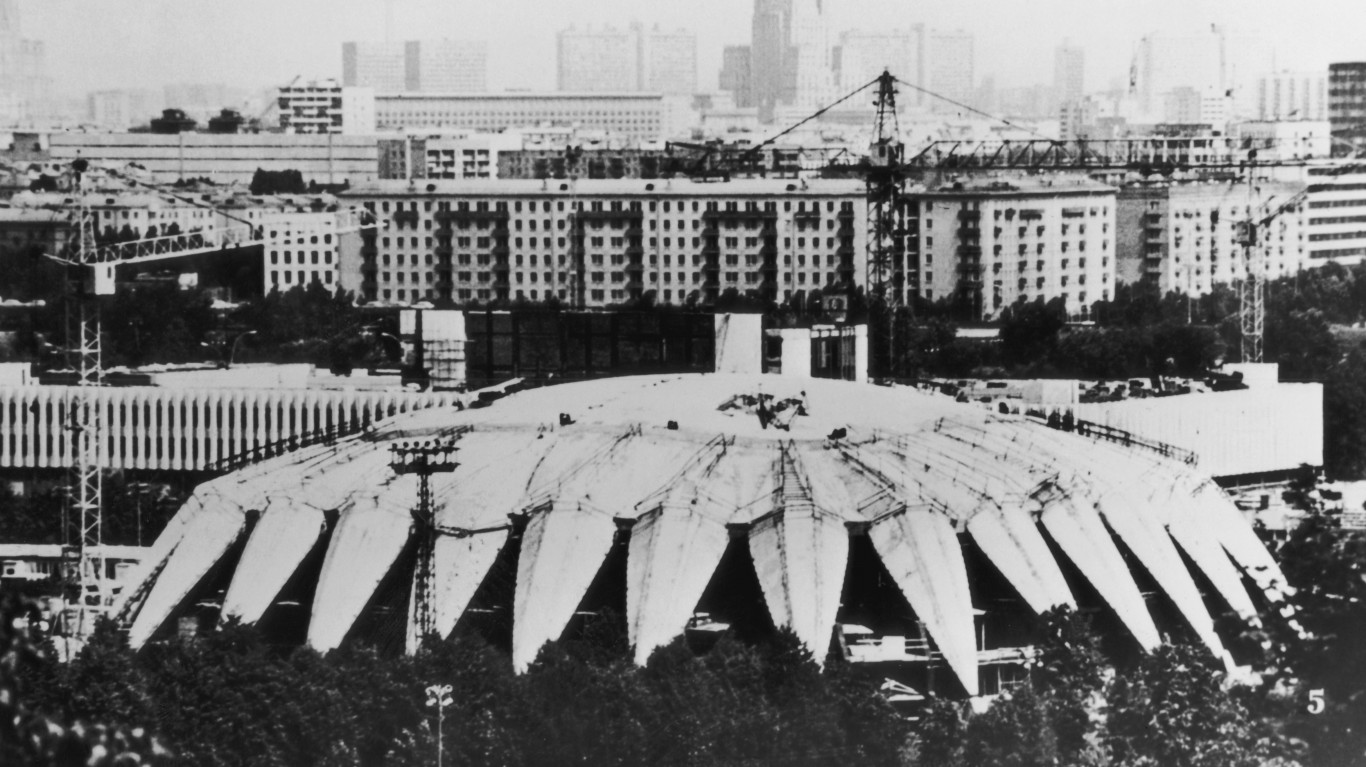 The 1980 Summer Olympics in Moscow was broadly boycotted in response to the Soviet Union’s invasion of Afghanistan. Dozens of countries opted to skip the Games, including the U.S., Canada, Japan, China, and more. With powerhouse countries like these dropping out, it left the Soviets to dominate the field. Its athletes won 195 medals. East Germany finished second, winning 126.

ALSO READ: How Many People Are Still Alive From the Year You Were Born 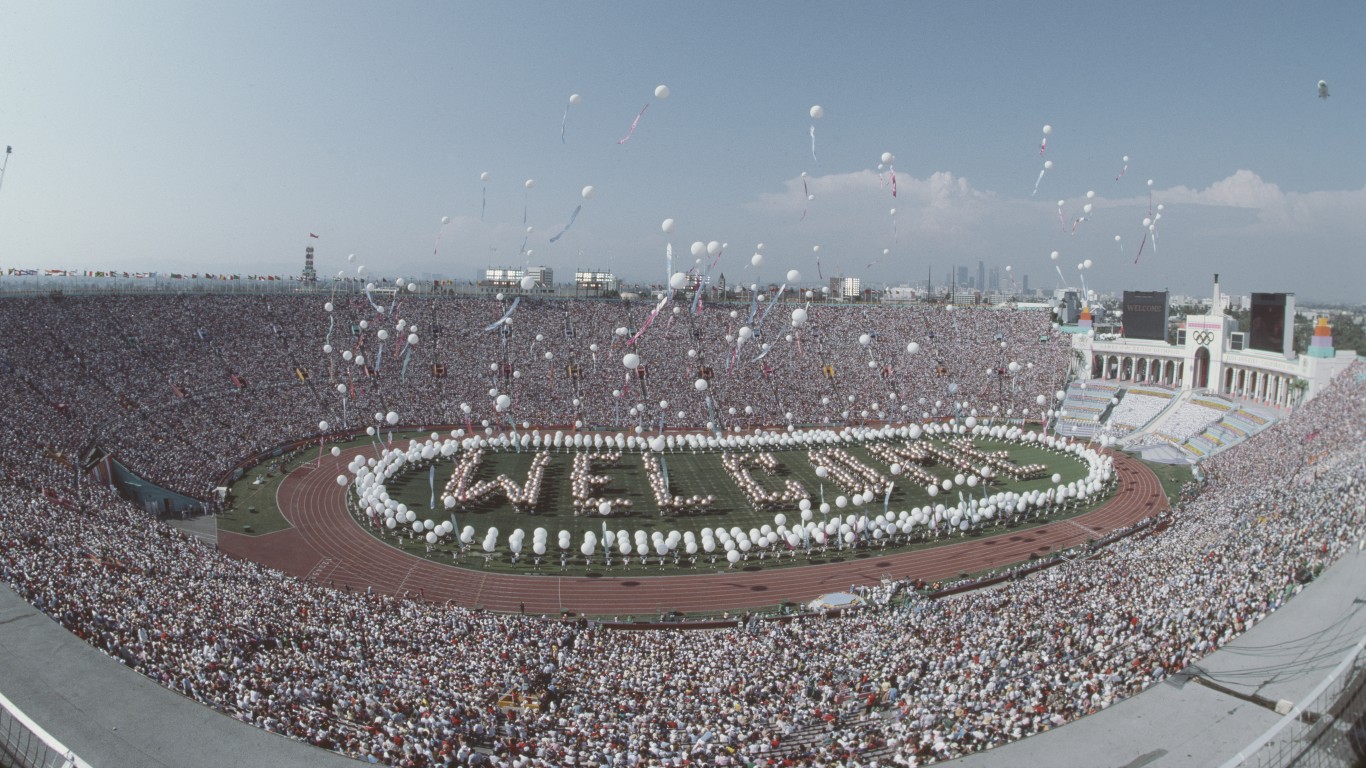 After skipping the 1980 Games, the U.S. hosted the Olympics in 1984 — only for the Soviet Union and several other Eastern European nations to drop out, citing “anti-Soviet and anti-Communist activities” in the area. With major competitors out, the U.S. athletes crushed all comers, winning 174 medals. The next closest country was West Germany with 59. The Los Angeles Games were also notable because they turned a $200 million profit — a feat other Olympics have struggled to replicate. 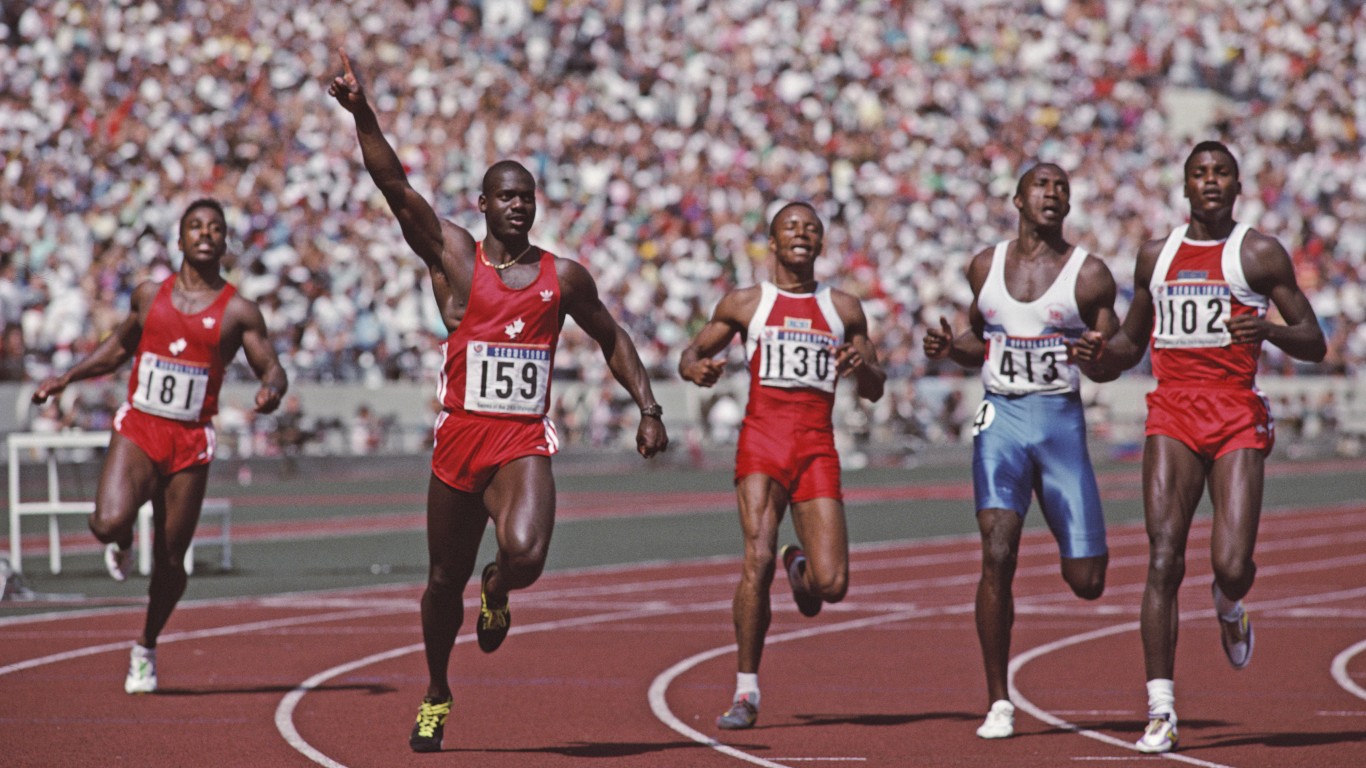 The International Olympic Committee risked a third heavily-boycotted Olympics in a row when they awarded the 1988 Games to Seoul — several countries did not have diplomatic relations with South Korea, as they were aligned with North Korea. Though Cuba and Ethiopia boycotted, the Soviet Union and other nearby nations competed anyway. This proved to be a wise decision, as the Soviet Union and East Germany both took home over 100 medals, while the U.S. medal tally was third, with 94. East German swimmer Kristin Otto took gold in all six of her events. 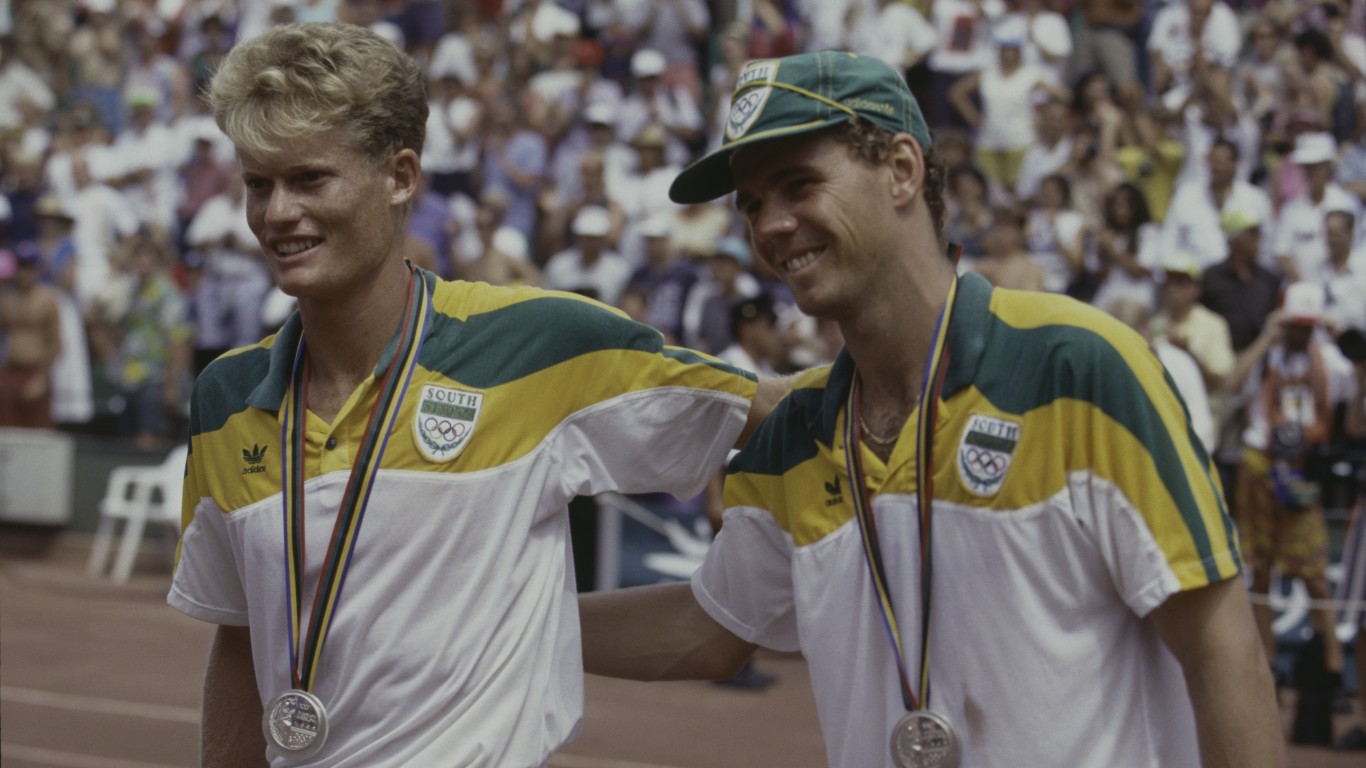 The 1992 Summer Olympics in Barcelona broke the record for the most countries and competitors in one single Olympics. Over 9,300 competitors from 169 countries flocked to Spain to compete. The world was in flux as the Games began — the Soviet Union had just broken up, Germany reunified, and Yugoslavia became several independent countries. Athletes from these areas competed as a “Unified Team” and won 112 medals, narrowly edging out the U.S. with 108. Germany was third with 82.

These Olympics are likely best remembered for the “Dream Team” when the best basketball players in the world played for Team USA and routed the competition en route to the gold.