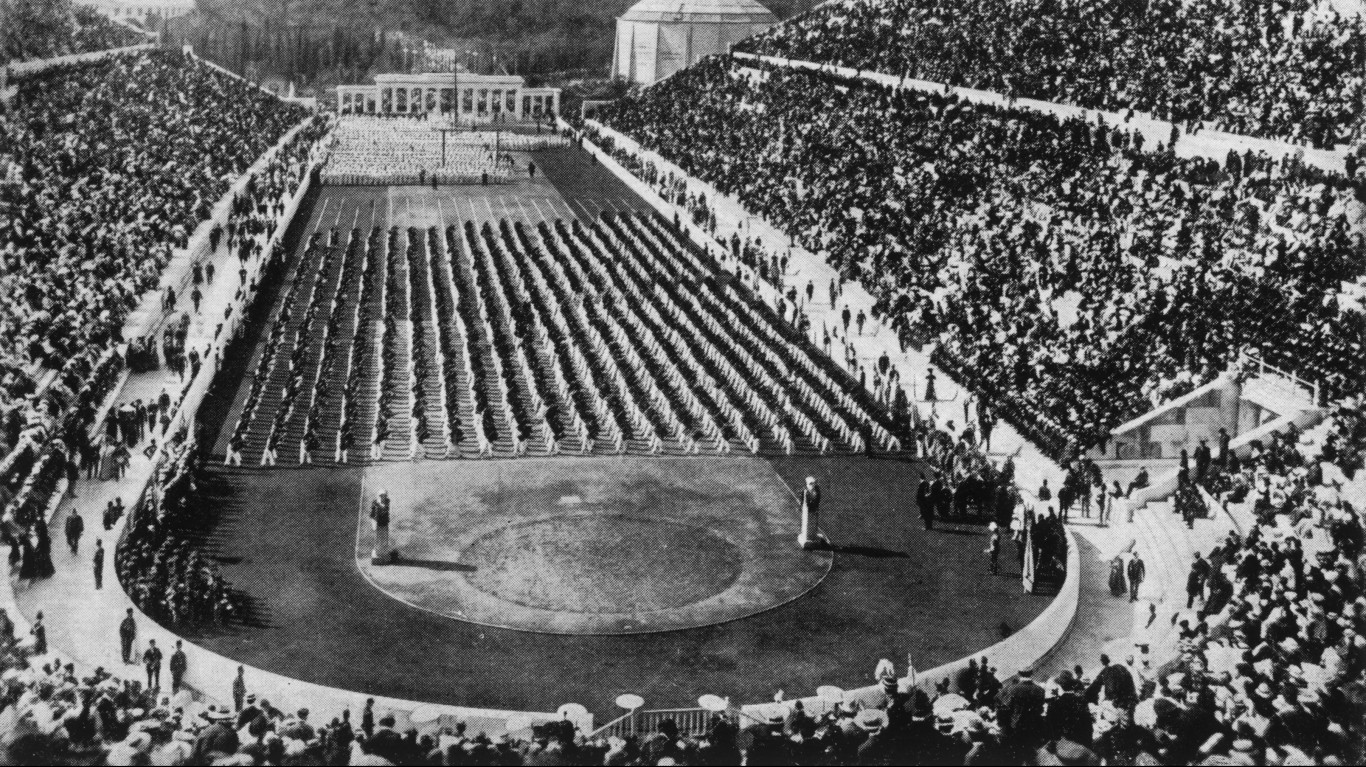 The first modern Olympics took place in Athens, Greece, in 1896. The Olympiad took place on a much smaller scale than the Games of today — just 12 countries competed. The U.S. team took home the most gold medals, with 11, but Greece won 47 total medals, which was far and away the most of any nation. 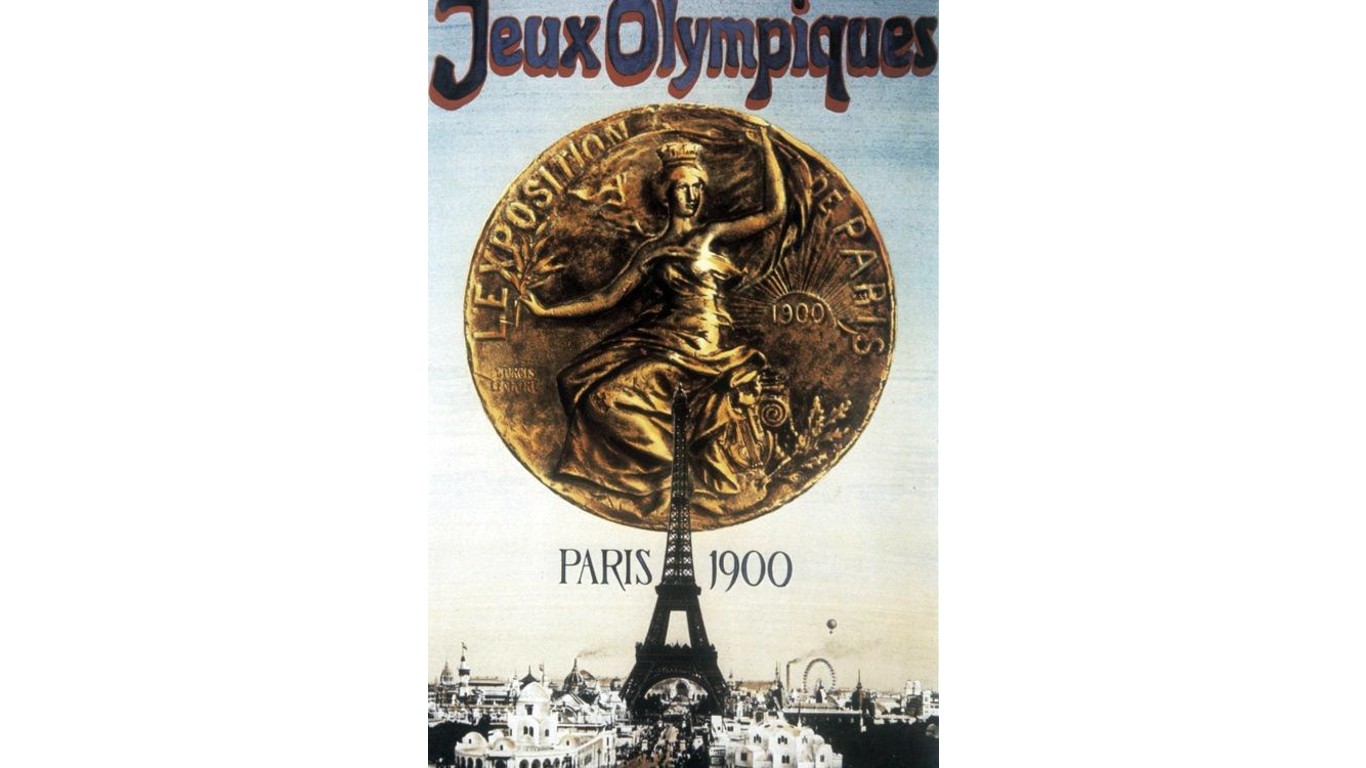 The 1900 Summer Olympics were set in Paris to coincide with the World’s Fair. France dominated on home soil winning 111 medals, 31 of them gold. The U.S. was second in the medal count at 48. These Games were the first to allow women to compete. Hélène de Pourtalès was a member of the Swiss sailing team that won gold, making her the first ever female Olympic gold medalist. Great Britain’s Charlotte Cooper became the first individual female gold medalist in history, winning the singles tennis event.

ALSO READ: Most Popular Beers With the Most and Fewest Calories 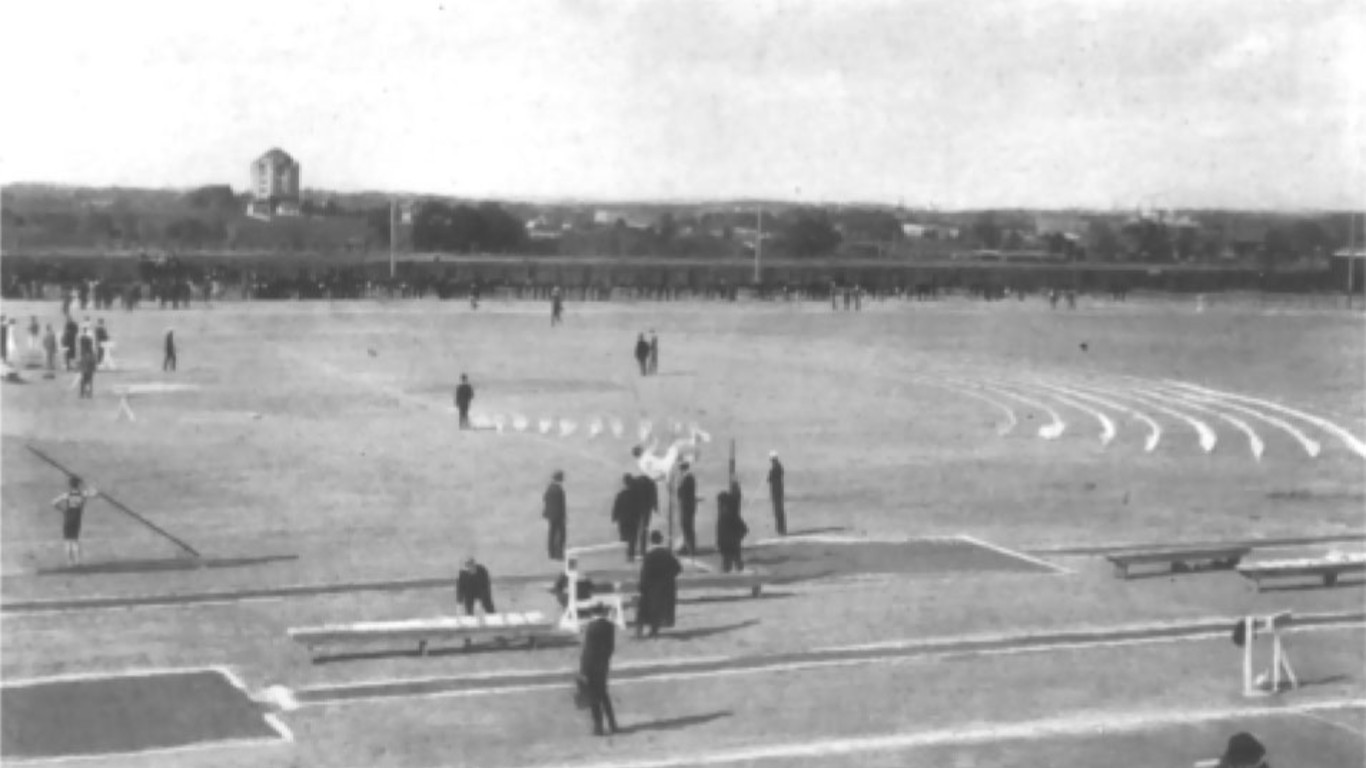 St. Louis edged out Chicago, New York City, and Philadelphia to hold the first Olympics in America. The Games failed to attract much interest from other countries. Athletes representing the U.S. took home a total of 248 medals. Germany ranked second in the medal count with 14. These Games included events like tug-of-war, golf, and lacrosse. 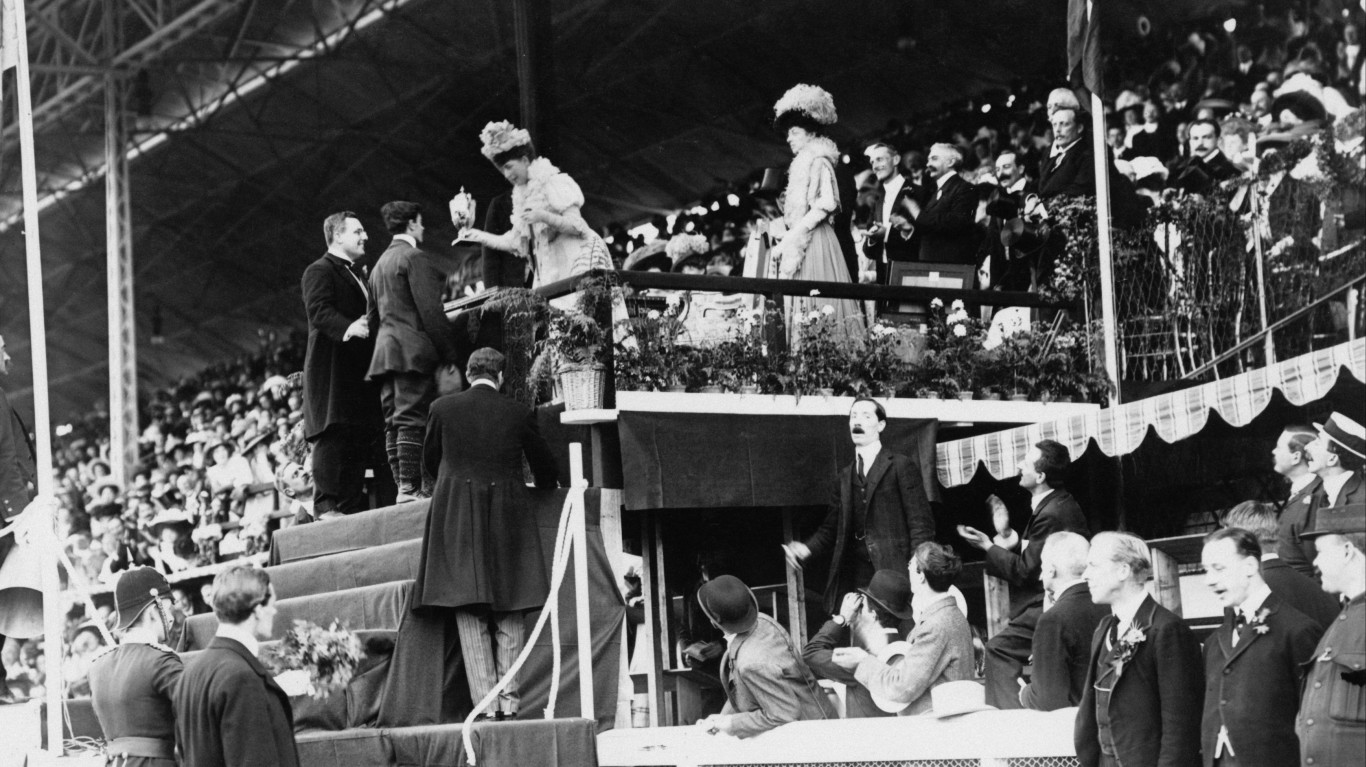 The 1908 Olympics were initially awarded to Rome, but economic problems and the 1906 eruption of Mt. Vesuvius caused the Italian government to back out of hosting duties. London took up the mantle. The 1908 were the most internationally attended to date, as athletes from 23 nations competed. In addition to Summer Olympics mainstays like swimming, diving, and gymnastics, the 1908 Games featured events such as figure skating, bicycle polo, and motorboating. Great Britain’s athletes took home 146 total medals — 99 more than the second place Team USA. 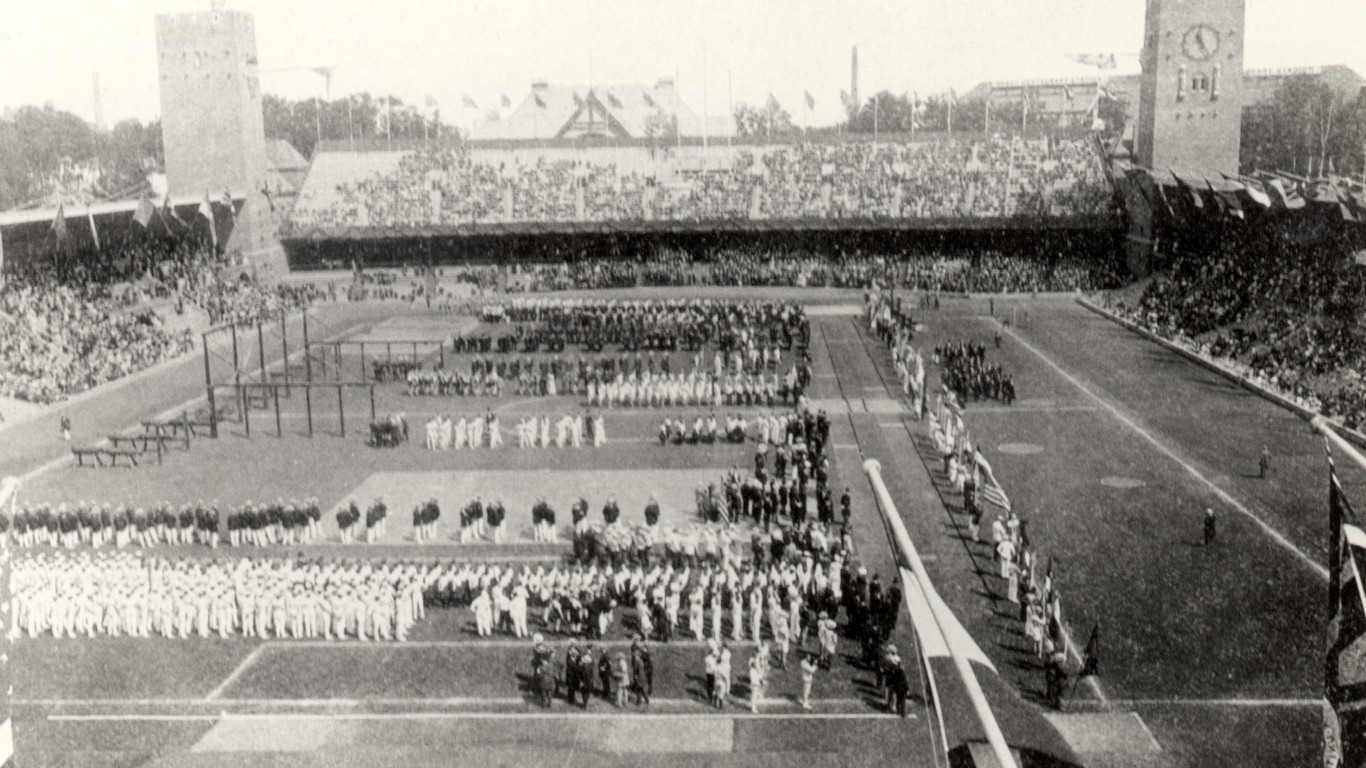 The 1912 Summer Olympics in Stockholm featured over 2,400 competitors from 29 countries. Swedish competitors took home the most total medals — 65, with 24 golds. But the U.S. athletes won 26 golds out of a total 64 medals. Two of these American golds went to Jim Thorpe, who dominated the Pentathlon and Decathlon. After winning gold in both events, Sweden’s King Gustav V declared Thorpe “the greatest athlete in the world.”