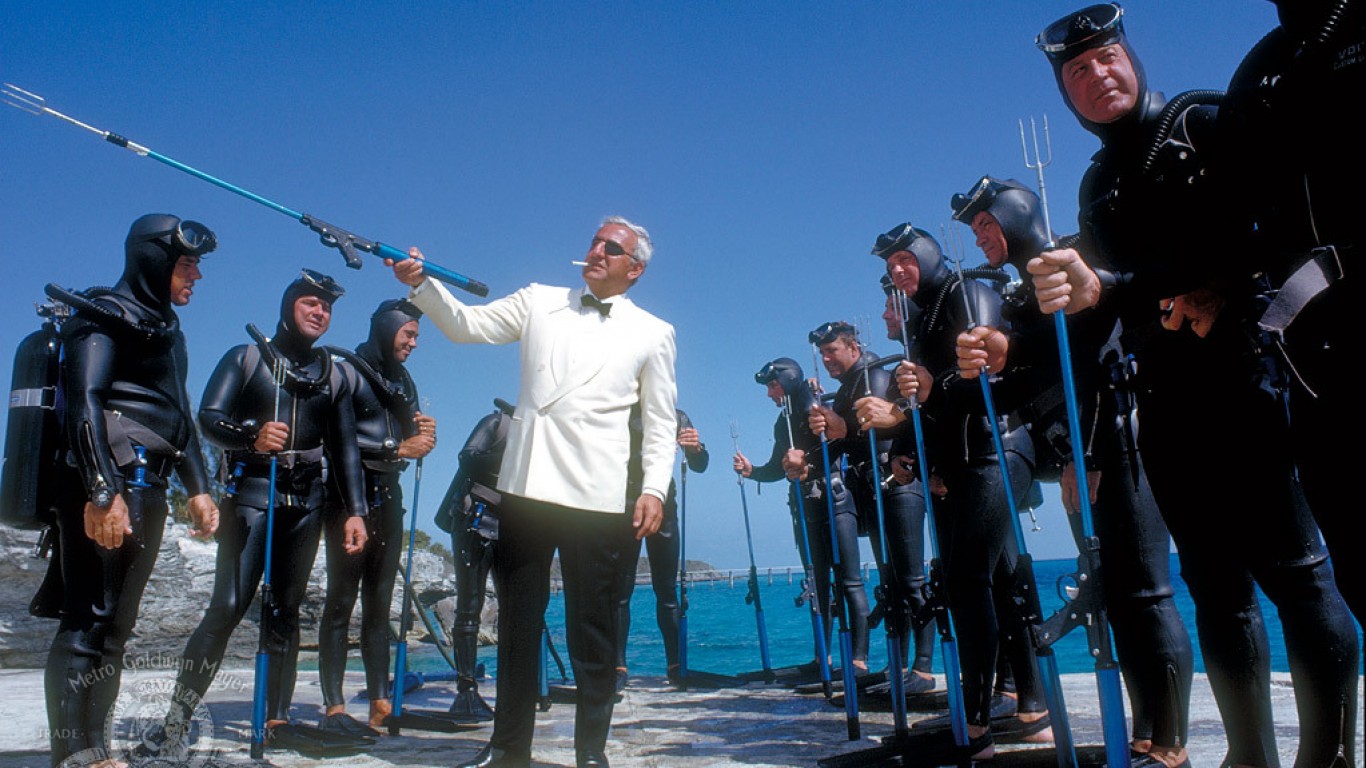 This top-grossing Bond film has all the elements of what makes a Bond film a Bond film — exotic locations, thrilling action sequences (this time mostly done underwater), and a madman who wants to rule the world. SPECTRE is at the center of a plan to steal two NATO atomic bombs and hold them for ransom. Yet this time, Blofeld isn’t the instigator; it’s another SPECTRE member, Emilio Largo.