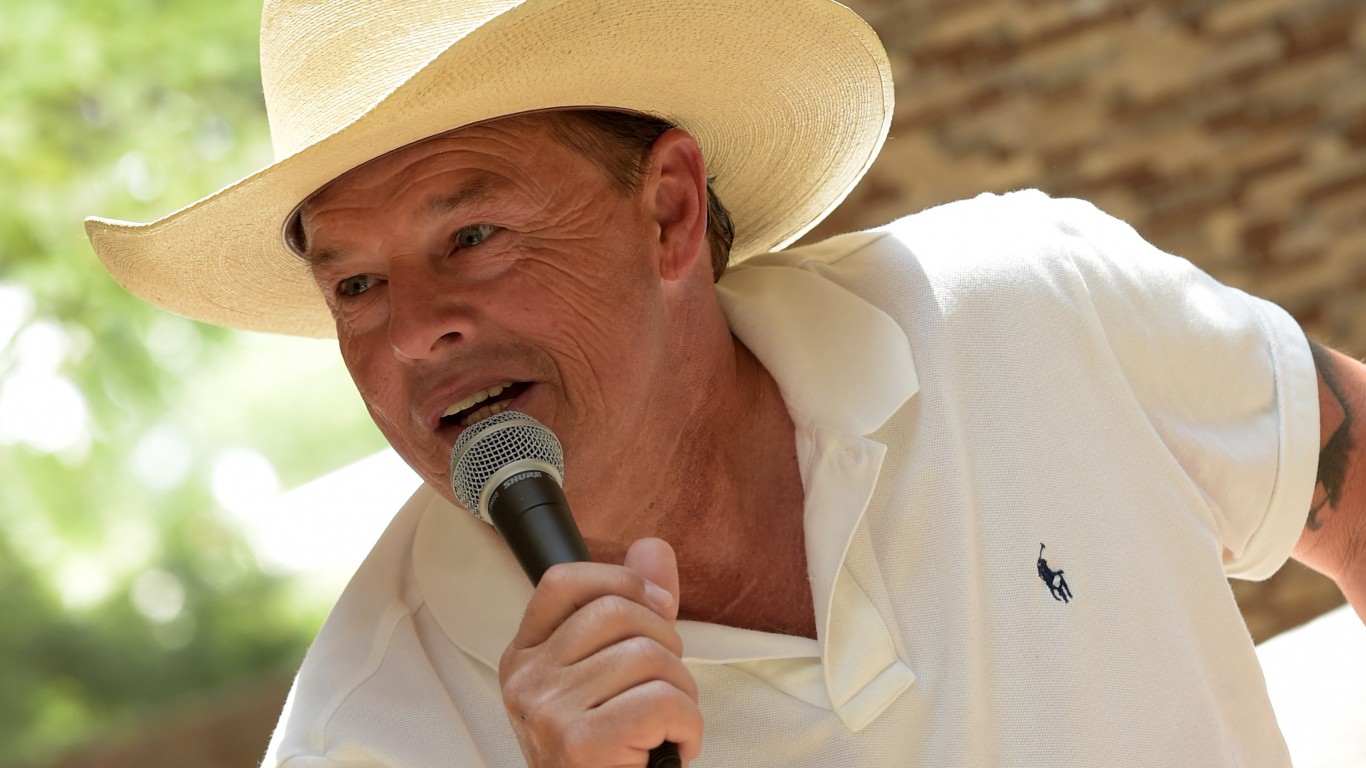 Sammy Kershaw’s style has shifted from traditional country to country pop over his career, and it’s earned him 24 singles on the Top 40 on Billboard Hot Country Songs, including his No. 1 hit, “She Don’t Know She’s Beautiful.” Outside of music, Kershaw ran for governor of his native Louisiana in 2007 and 2010, but lost in the primaries. 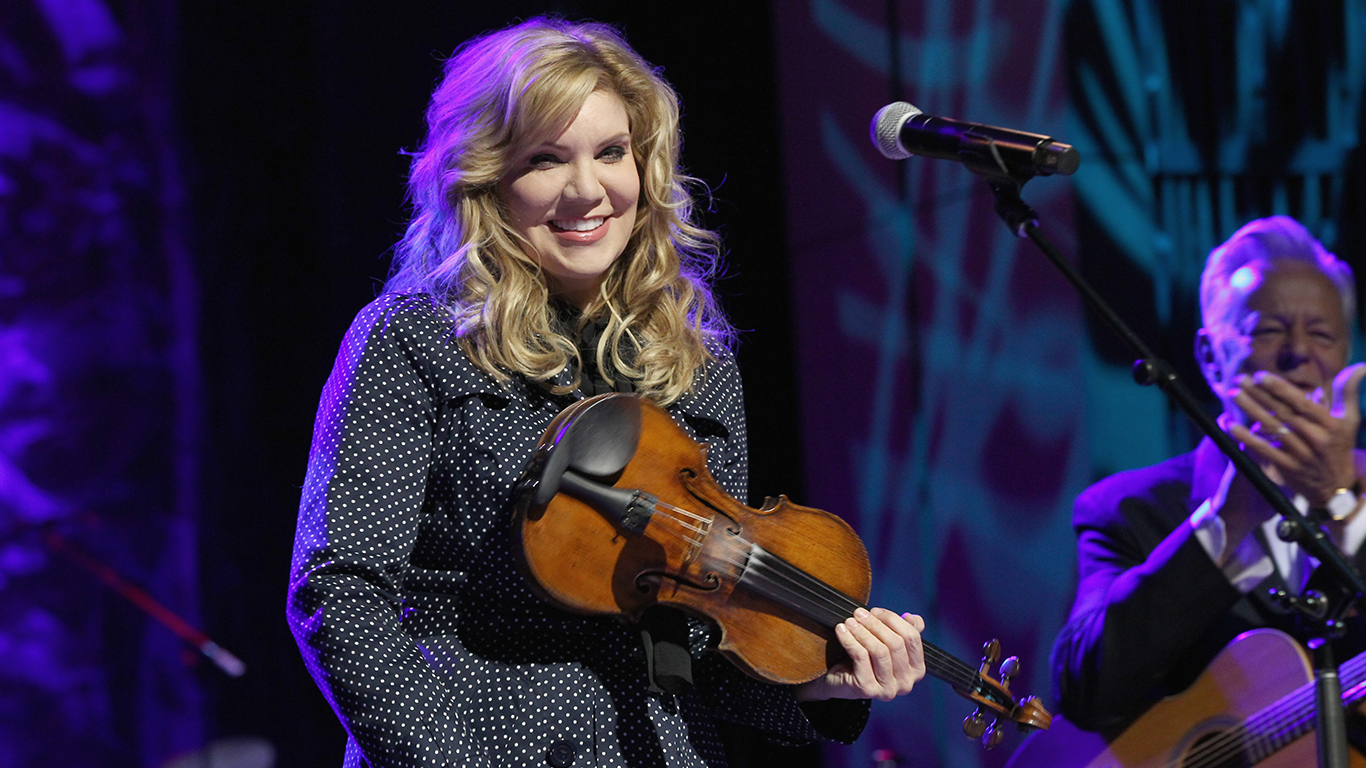 Alison Krauss began recording at age 14, and hasn’t stopped since. She’s gone on to receive 27 Grammys, making her one of the most awarded female singers of all time. But you don’t have to buy her albums to hear his mixture of country and bluegrass. Krauss performed on the soundtrack for two movies, “O Brother, Where Are Thou?” and “Cold Mountain.”

ALSO READ: The Best-Selling Pop Albums of All Time 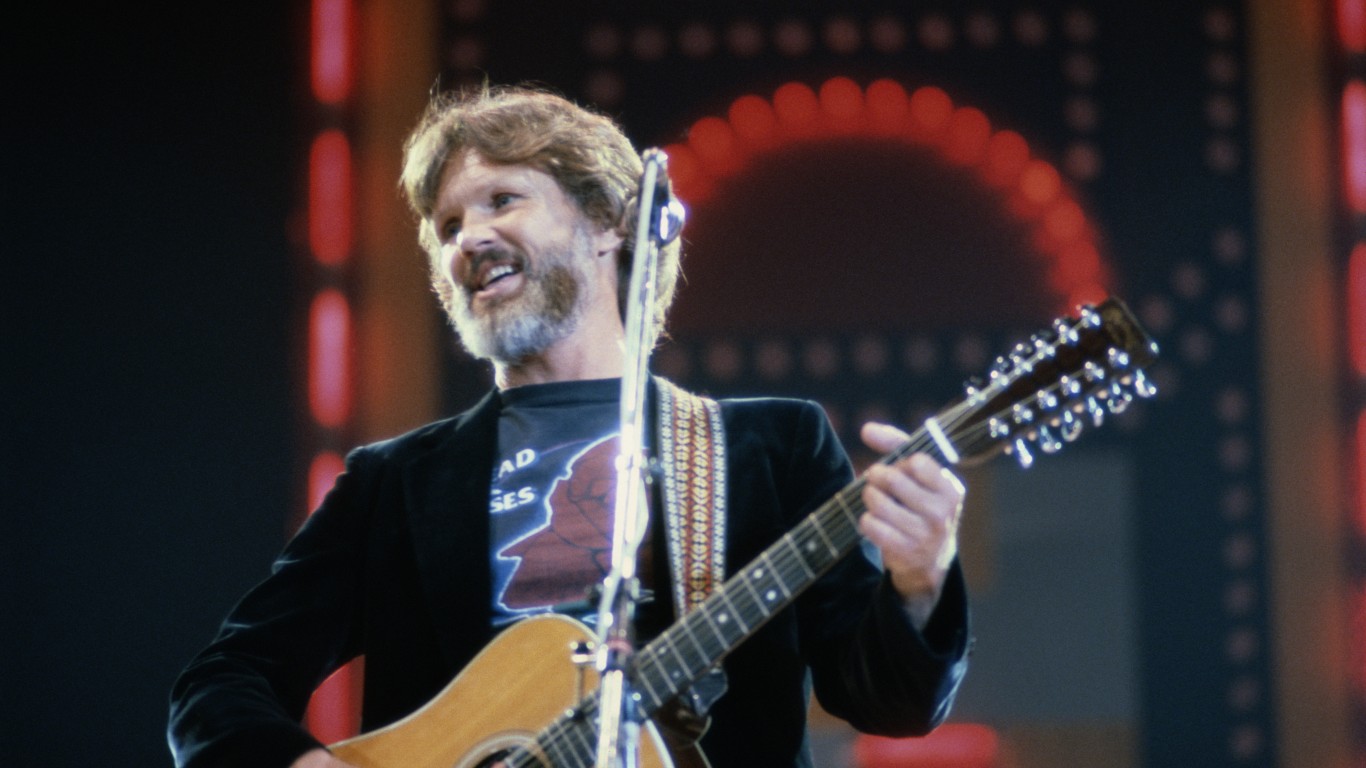 Now retired, singer-songwriter Kris Kristofferson is probably best-known for the songs he wrote that became hits for other vocalists, including “Me and Bobby McGee,” “For the Good Times,” and “Sunday Mornin’ Comin’ Down.” (He briefly dated Janis Joplin, whose version of “Bobby McGee” is considered a classic.) With fellow country stars Johnny Cash, Willie Nelson, and Waylon Jennings, he formed a supergroup called The Highwaymen — key in the so-called “outlaw country” movement. Kristofferson also had a successful acting career, most notably with 1976’s “A Star is Born,” which earned him a Golden Globe for Best Actor. 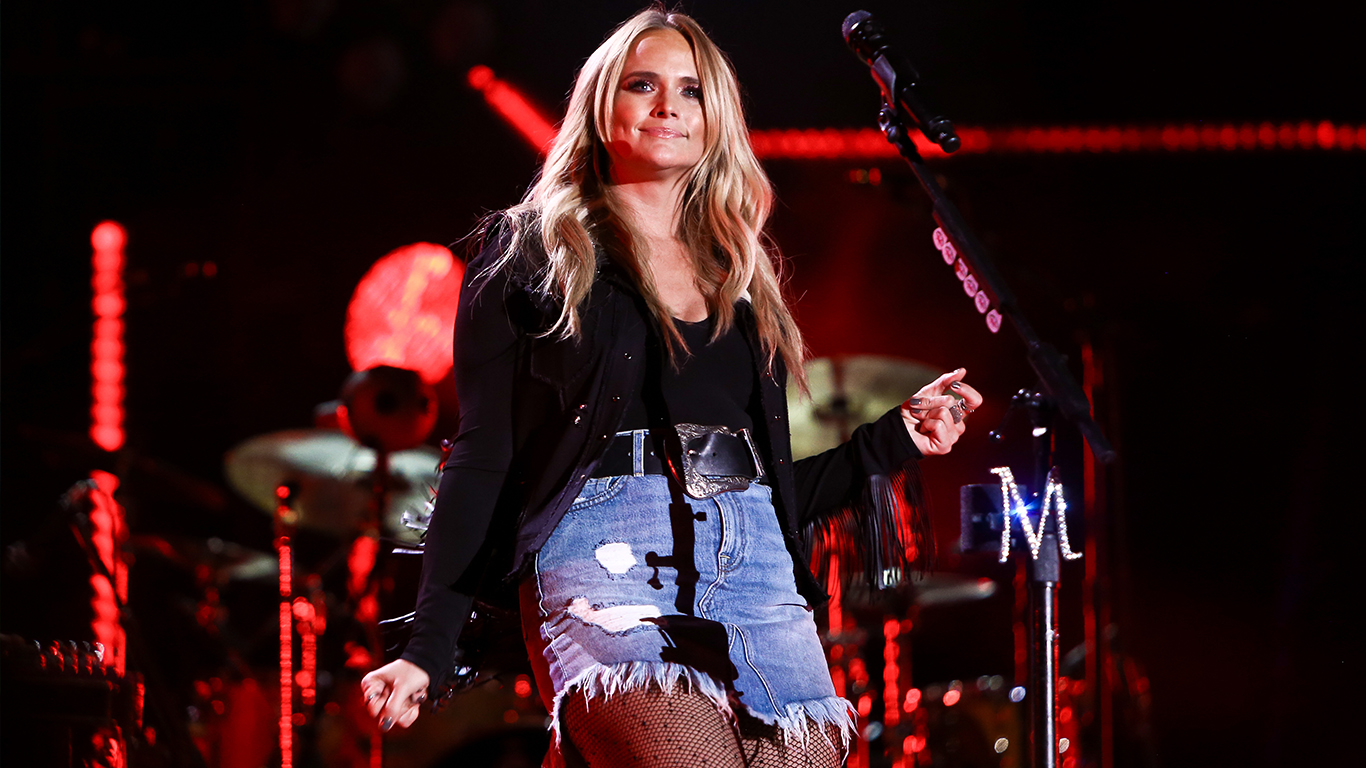 Miranda Lambert launched her career with an independently produced, self-titled album in 2001. But her second album, “Kerosene,” produced by a major label, featured the hit singles, “Me and Charlie Talking,” “Bring Me Down,” “Kerosene,” and “New Strings.” Those hits made her the most honored artist in Academy of Country Music Awards history. Her personal life made the headlines when she divorced fellow country star Blake Shelton in 2015. 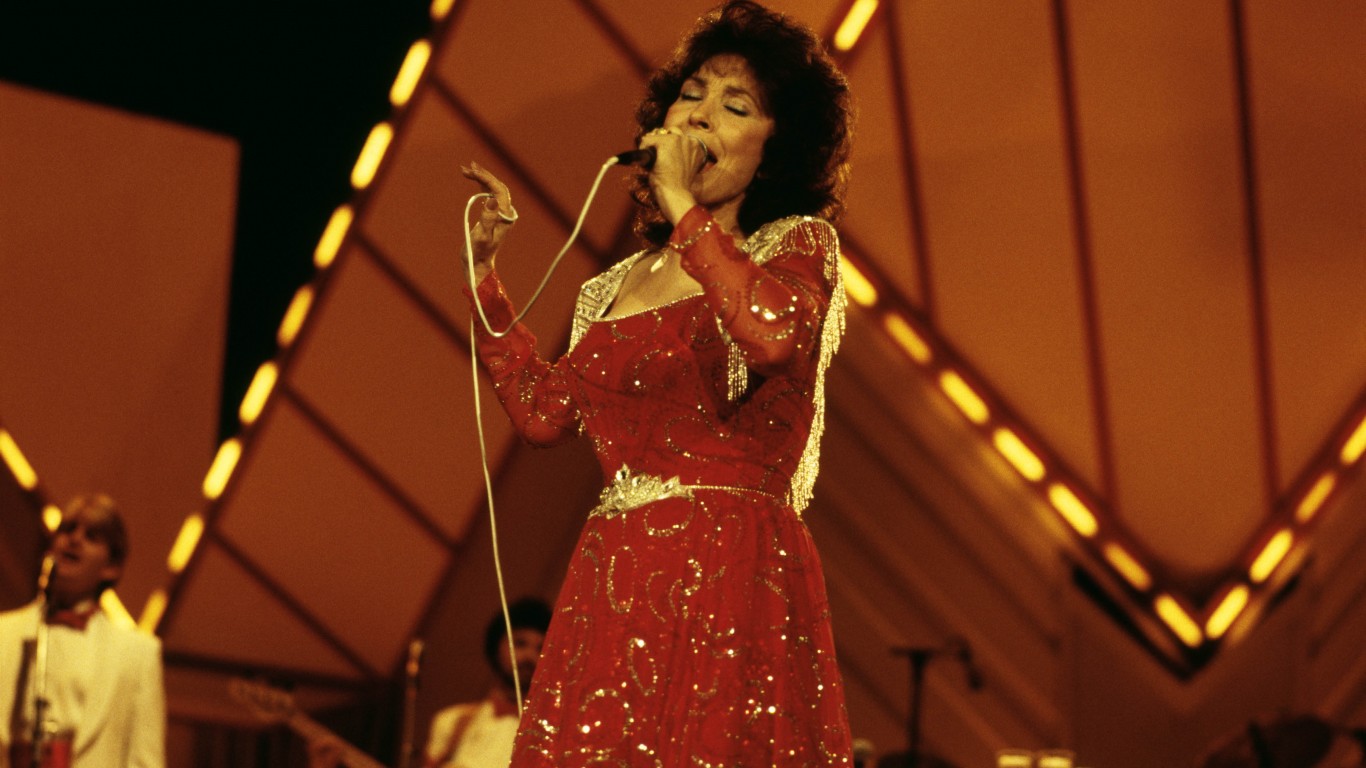 Although “Coal Miner’s Daughter” Loretta Lynn stopped touring after a six-decade career in 2017, her musical influence has inspired a generation of female country artists. She ranks as the most awarded female country recording artist with 24 No. 1 singles and 11 No. 1 albums. Lynn was named the ACM Artist of the Decade for the 1970s. Her songs, “Don’t Come Home A-Drinkin’ (With Lovin’ on Your Mind)” and “You Ain’t Woman Enough (To Take My Man),” drew on her own troubled marriage.