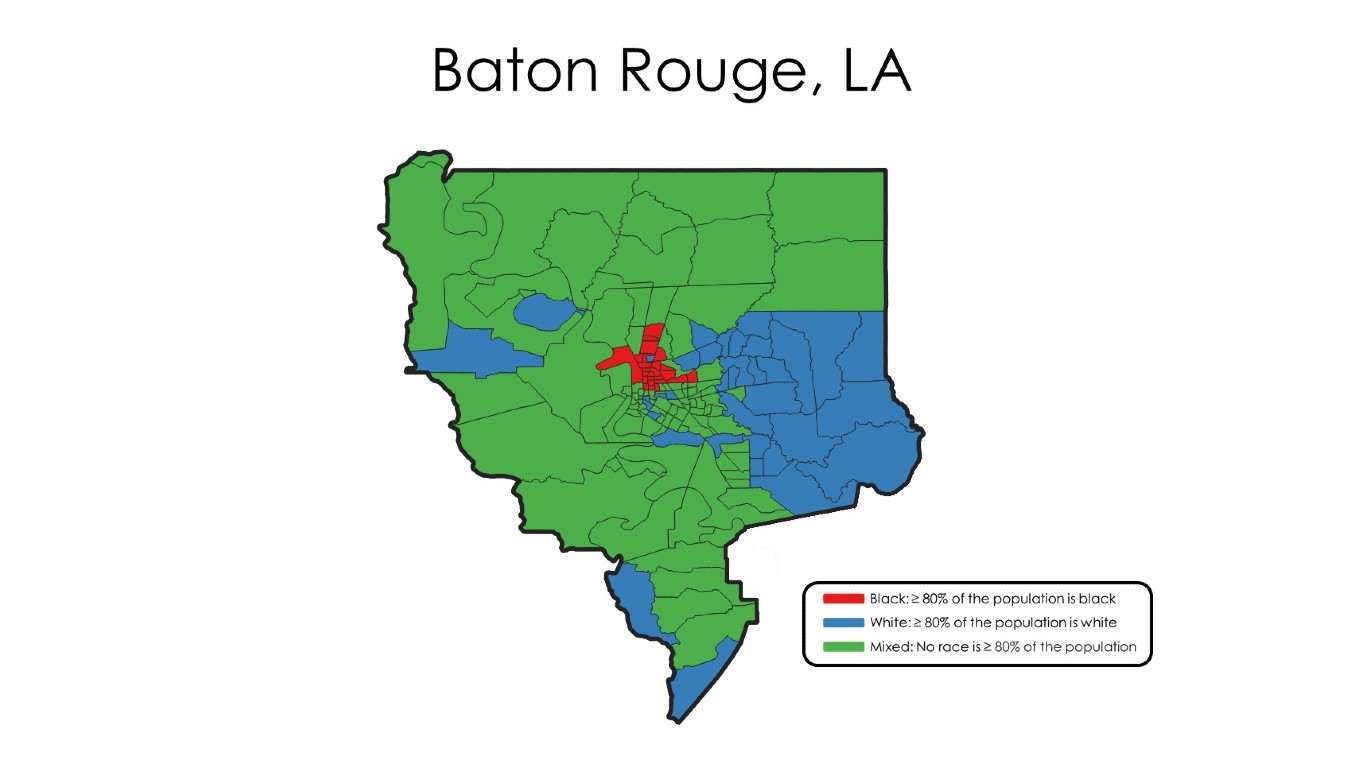 While nationwide 19.5% of Black Americans live in predominantly Black neighborhoods, 63.3% of Black residents in Baton Rouge, Louisiana, do. Socioeconomic racial inequalities are often made worse by segregation, and the typical white household in Baton Rouge makes $34,717 more a year than the typical Black households — a $10,000 larger gap than the $24,601 white-Black income gap nationwide. An estimated 25.0% of the Baton Rouge Black population live in poverty, more than twice the 10.3% area white poverty rate. 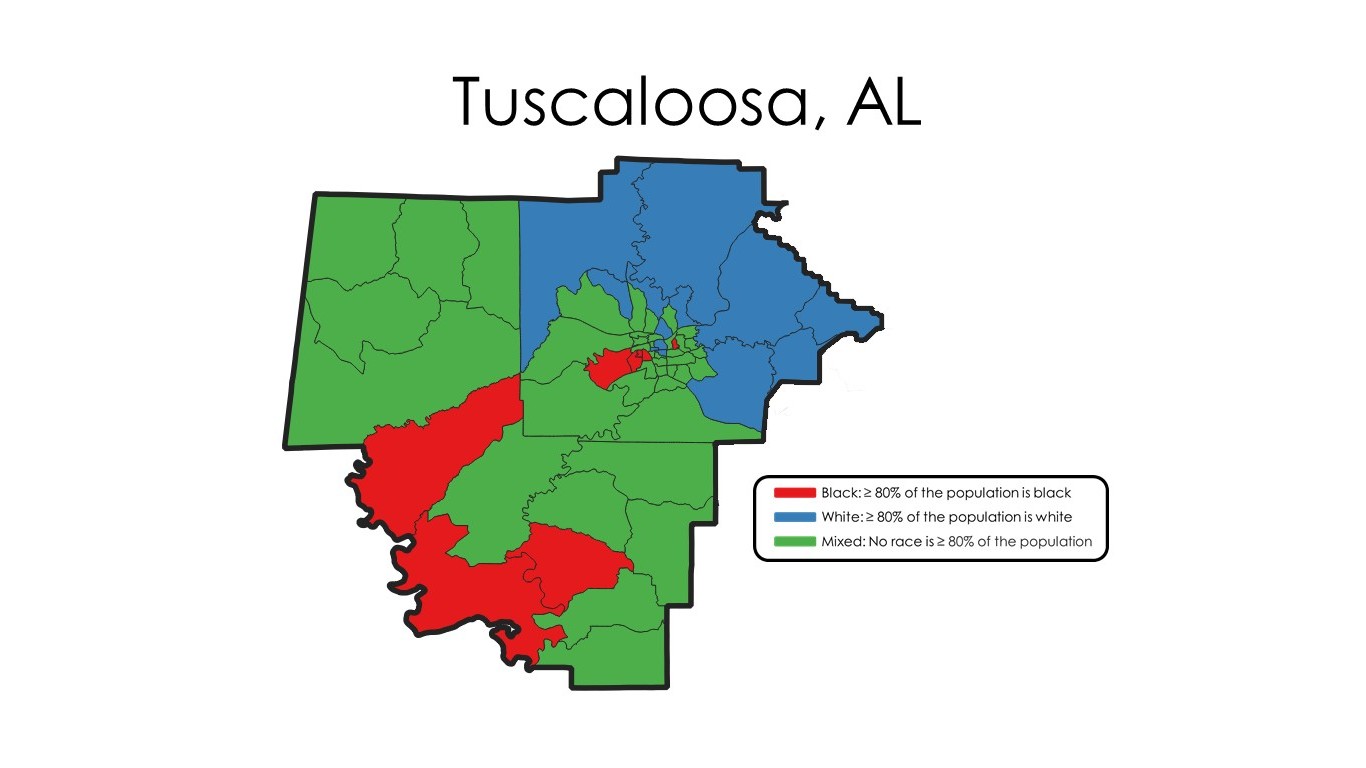 On June 9, 1964, known today as “Bloody Tuesday,” a group of marchers went to the Tuscaloosa County Courthouse to remove whites-only signs at drinking fountains and restrooms. They were tear-gassed and beaten by police, resulting in 33 hospitalizations. A month later, the Civil Rights Act of 1964 would be passed.

To this day, Tuscaloosa remains one of the most segregated metro areas in the country. Of the city’s roughly 90,000 Black residents, 63% live in majority-Black neighborhoods, compared to 19.5% of Black Americans nationwide.

24/7 Wall St.
This Is the US City Where the Most People Are Out of Work 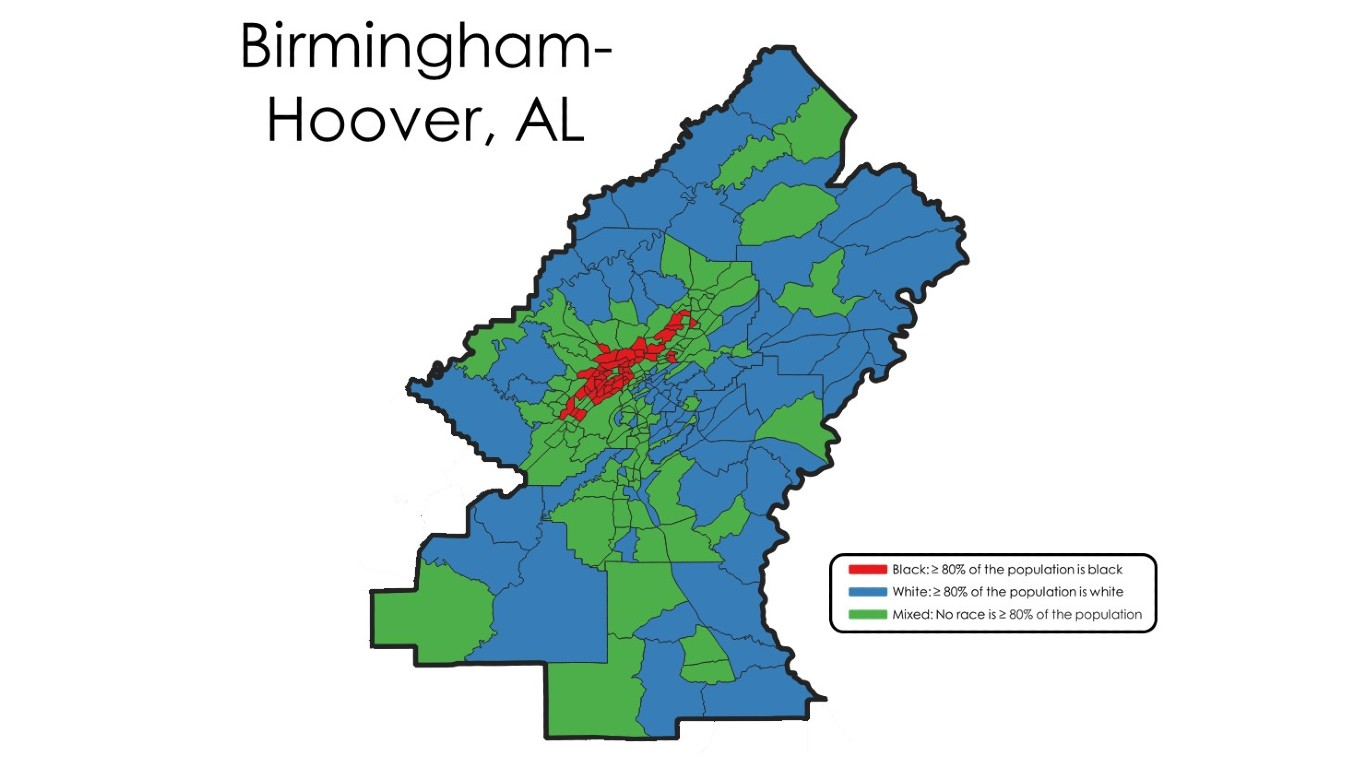 One of the most important early battlegrounds of the civil rights movement, the Birmingham metro area is one of five metropolitan areas at least partially in Alabama to rank among the most segregated cities in America. An estimated 63.9% of Black residents in Birmingham-Hoover live in predominantly Black census tracts, more than three times the 19.5% national figure.

Segregation often limits education and employment opportunities for poor minority communities, and it can exacerbate racial disparities in urban areas. In Birmingham, the typical white household earns $27,910 more a year than the typical Black household, slightly more than the national disparity in median household income of $24,601. Similarly, Black residents in Birmingham are more than twice as likely as white residents to live in poverty. 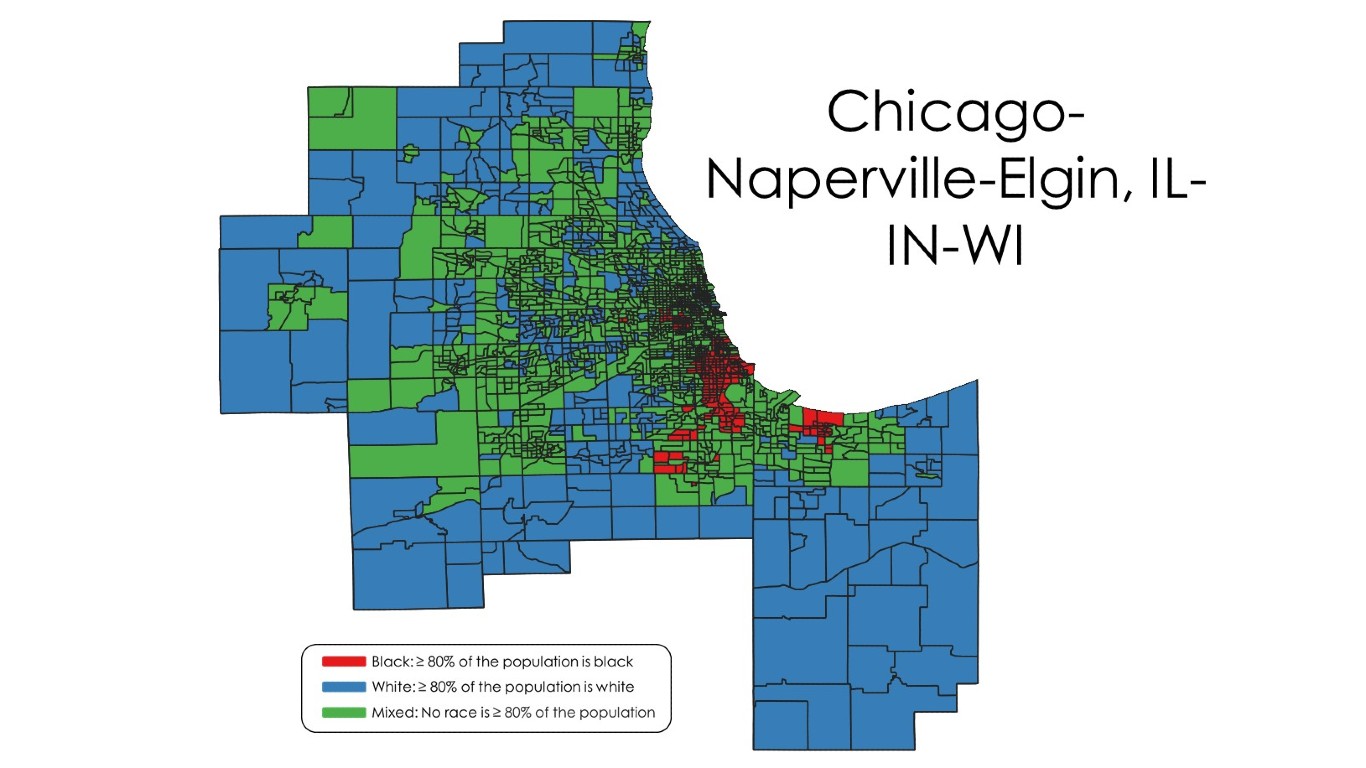 Like in many Midwestern cities, government officials and property owners in Chicago used discriminatory zoning practices and racially restrictive housing covenants to exclude Black residents from certain neighborhoods in the 20th century. Property in as much as 80% of the city was bound by restrictive covenants by 1927, with Black residents mostly limited to an area known as the “Black Belt” in South Side Chicago. 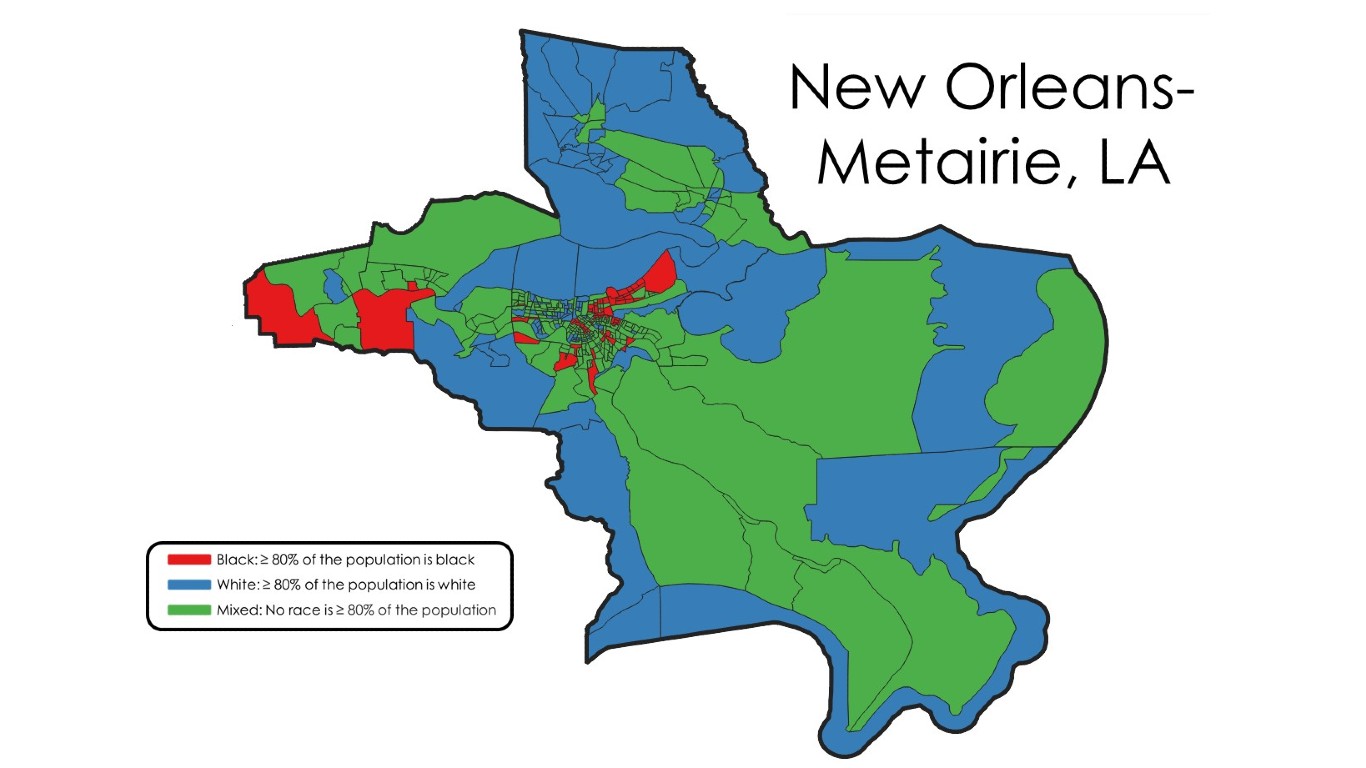 Like many major U.S. cities, current patterns of segregation in New Orleans were shaped by racist zoning ordinances in the early 20th century, discriminatory, federally-backed appraisal maps starting in the 1930s, and urban renewal projects that further separated majority-Black neighborhoods. Projects such as the Louis Armstrong Park, the Greater New Orleans Bridge, and the Claiborne Avenue elevated highway in the 1950s and 1960s displaced large numbers of Black families.