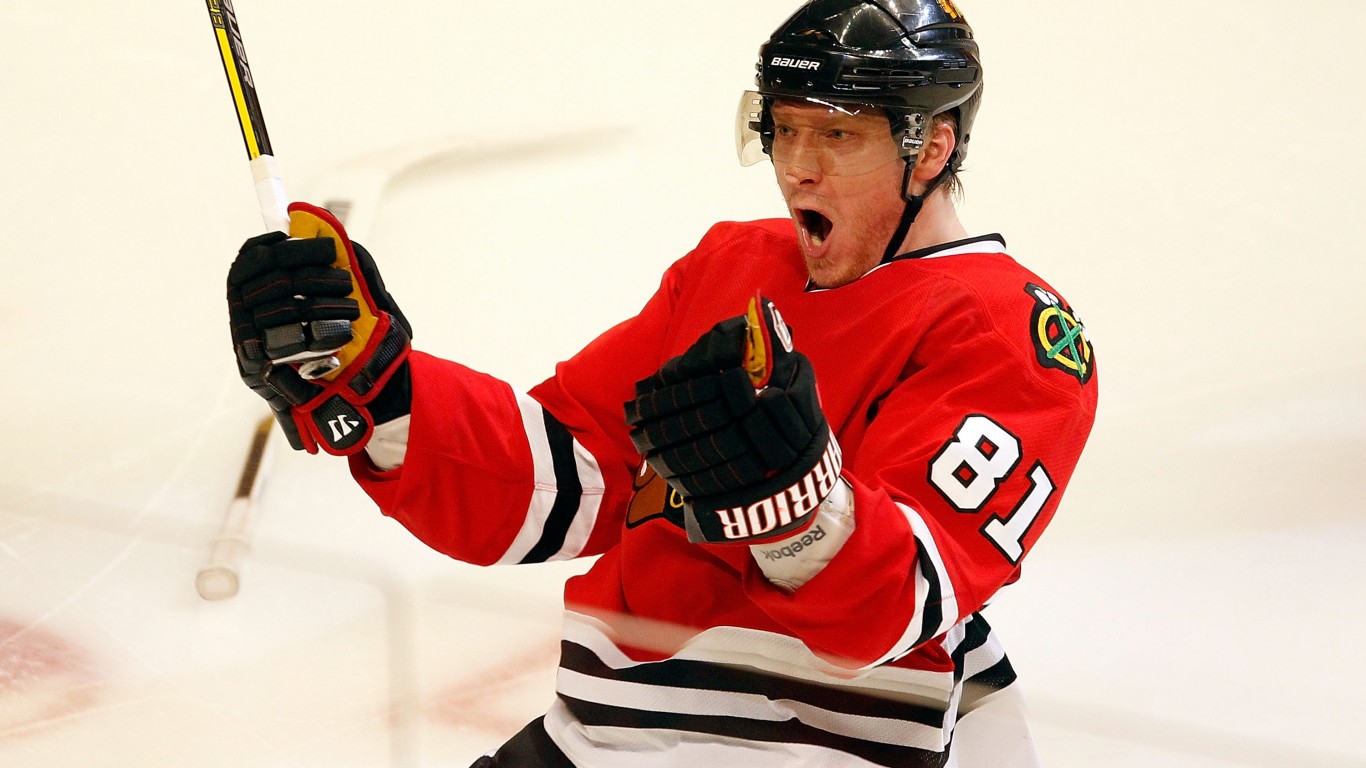 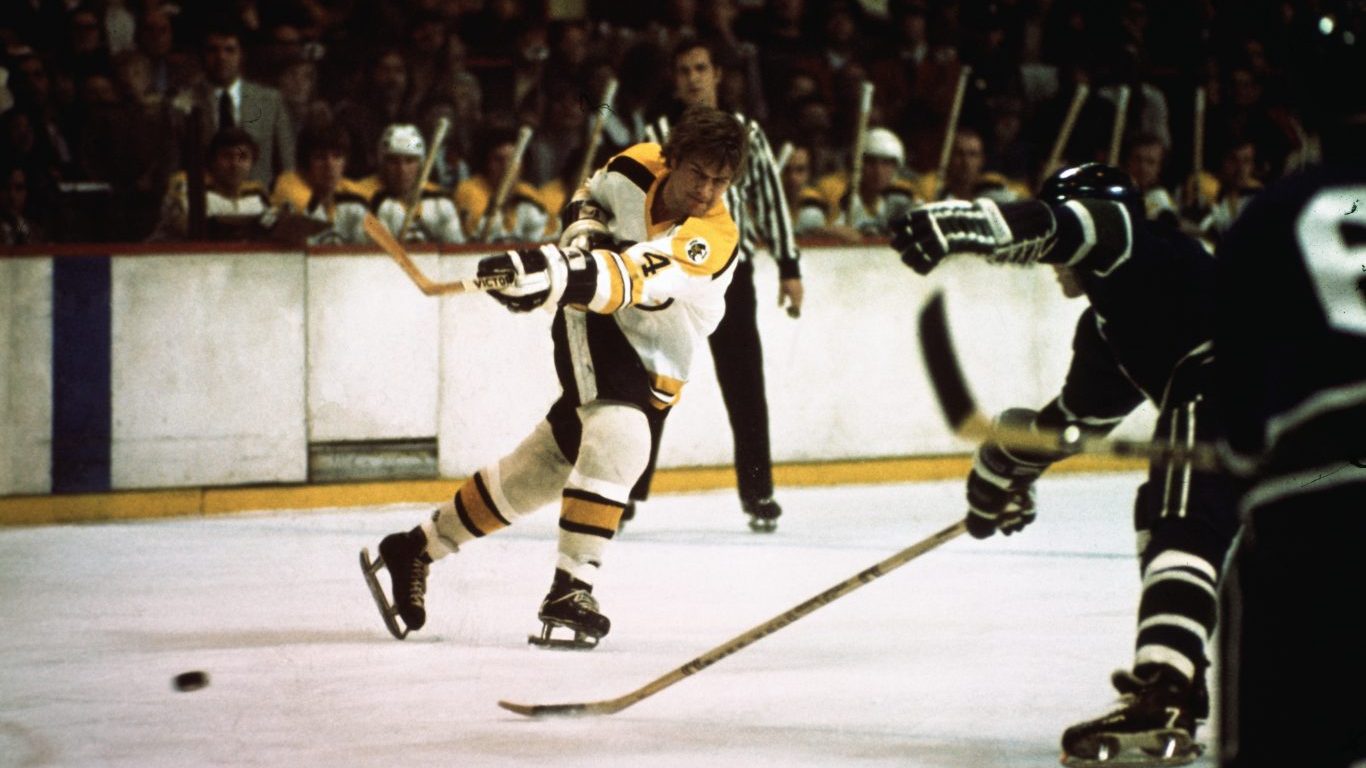 The Boston Bruins are one of just five pro sports franchises with more than 50 Hall of Famers that have suited up for them. The team has had two of the greatest hockey players of all time in Bobby Orr and Ray Bourque. Orr, despite being a defenseman, was one of the greatest scorers ever. Bourque played 21 seasons for the Bruins and made 18 All-Star teams in that time. Other Bruins legends like Phil Esposito and Eddie Shore helped the team win six Stanley Cups in their history.

24/7 Wall St.
Greatest Teams in the History of Every Sport 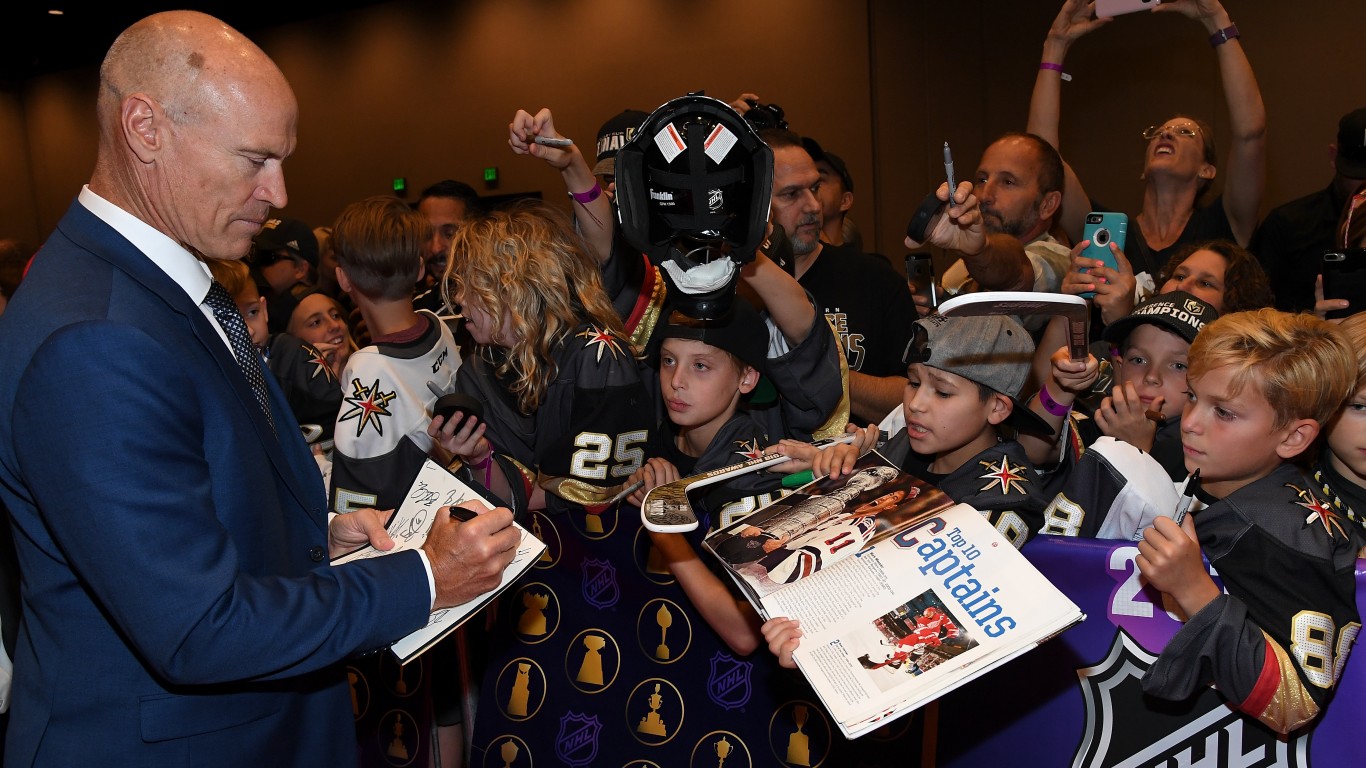 The New York Rangers narrowly edged out their rivals, the Boston Bruins, with 55 Hall of Famers. The team has struggled to find success since the 1994 Stanley Cup win, but it has often had at least one great player on its roster. Notable Ranger legends in the Hockey Hall of Fame include greats like Ed Giacomin and Brian Leetch. 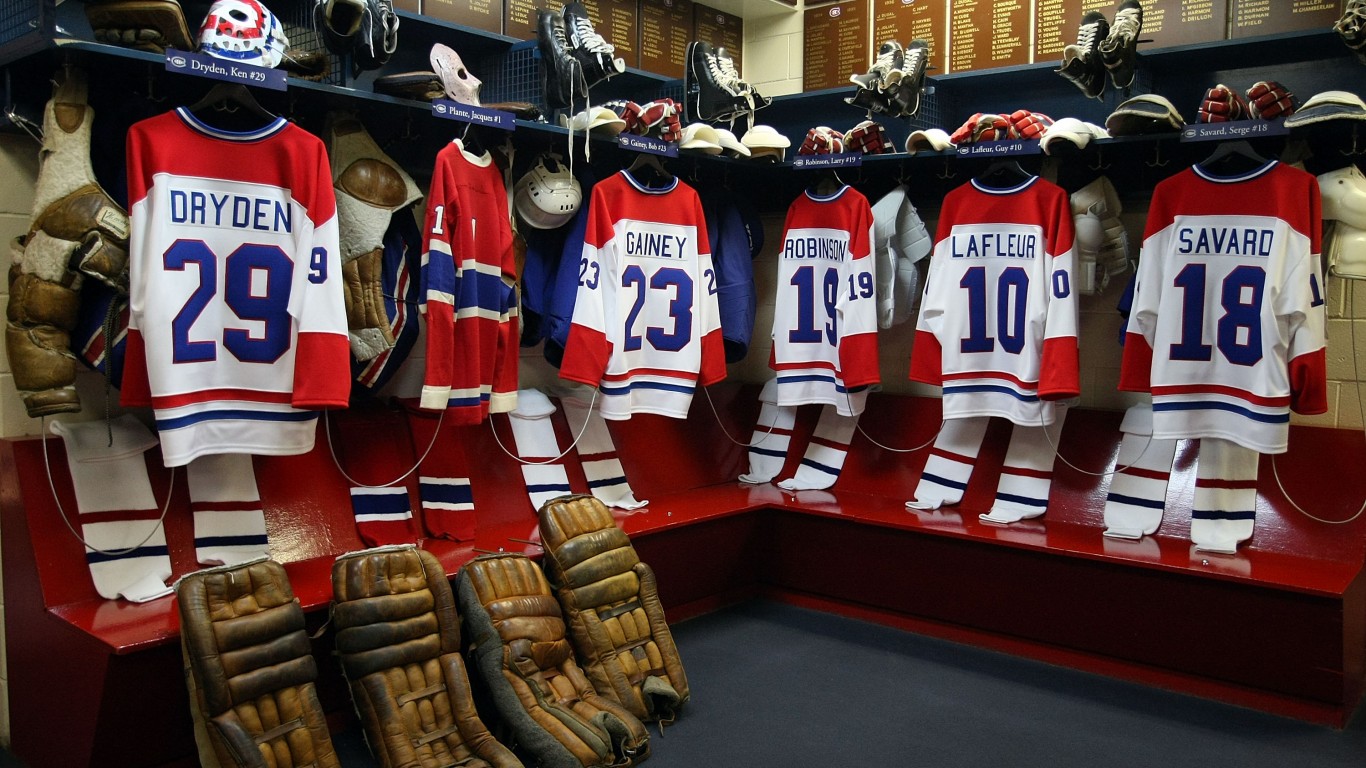 No hockey team has won as many championships as the Montreal Canadiens. In 104 seasons, the Habs have won 25 titles — a mark no other hockey team can even come close to. Montreal won 15 Stanley Cups in 24 seasons starting in 1955, led by Hall of Fame players like Jacques Plante, Rocket Richard, and Jean Beliveau. 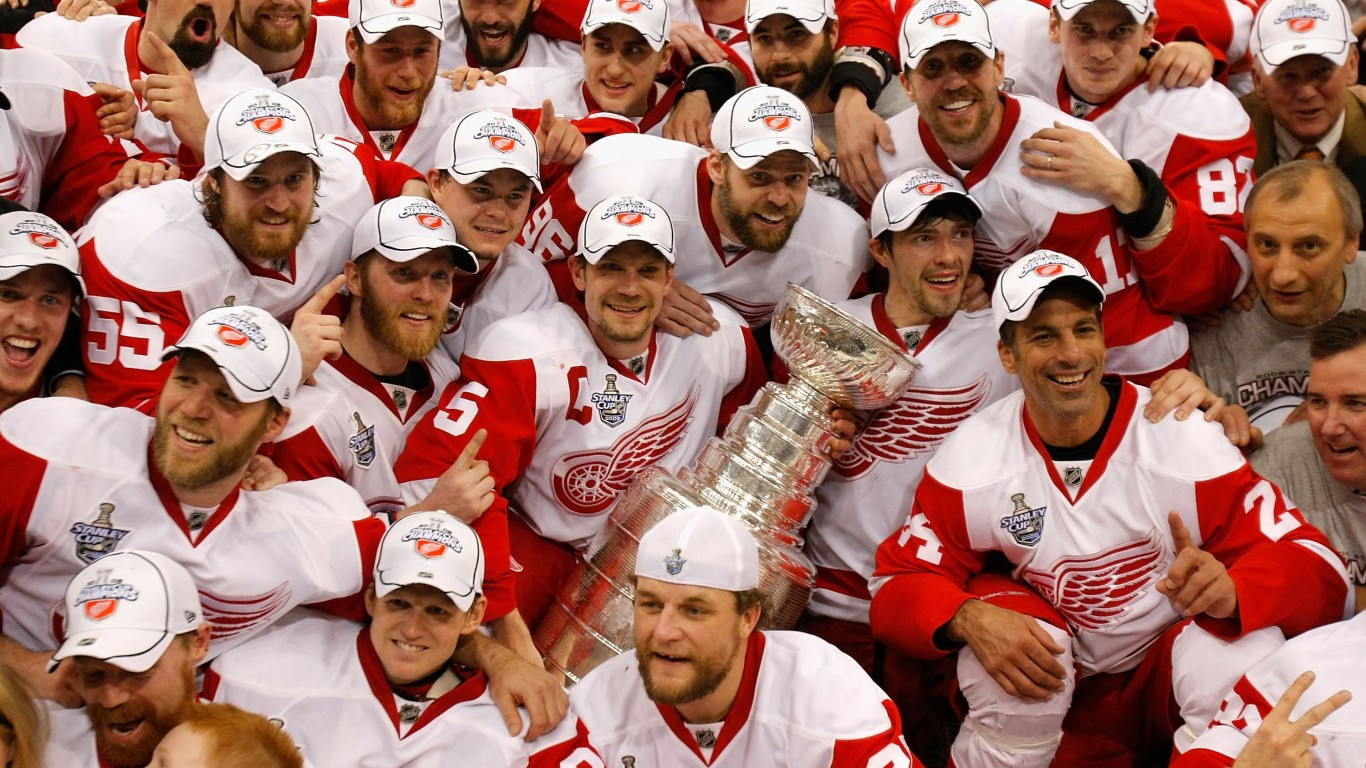 The Detroit Red Wings had more than 40 years of failure from the mid 1950s to the mid 1990s bookended by two impressive dynastiest. Detroit won the Stanley Cup in 1950, 1952, 1954, and 1955. They didn’t win again until their back-to-back titles in 1997 and 1998. The 1950s Red Wings were led by Hall of Famers like captain Sid Abel and Mr. Hockey himself, Gordie Howe. Many of the late 1990s Red Wings have also been inducted, including Igor Larionov, Steve Yzerman, and Nicklas Lidstrom — a four-time Cup winner with Detroit. 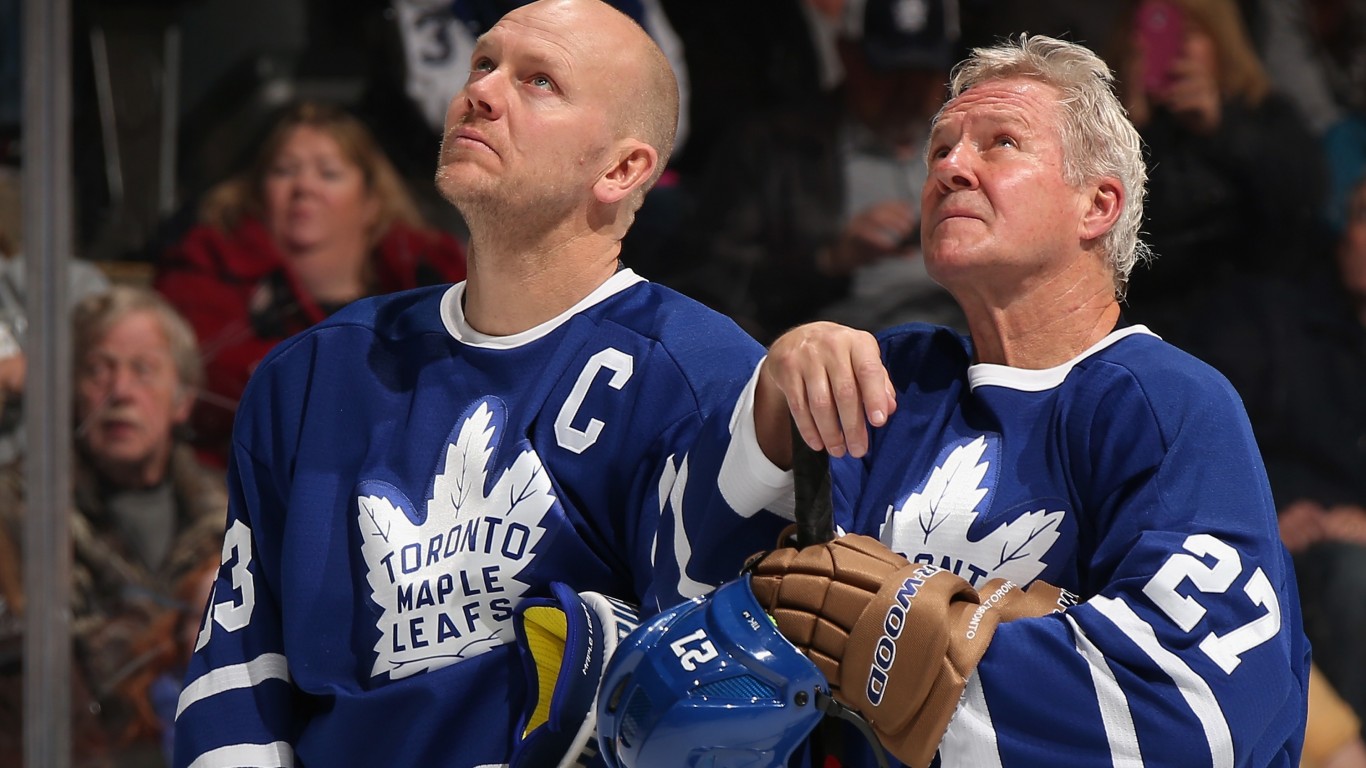 No team in pro sports has had more members inducted into the Hall of Fame than the Toronto Maple Leafs. After more than a century of play, Toronto has 13 championships and 65 Hall of Famers. The franchise was especially great in the 1940s and 1960s, when players like Turk Broda, Syl Apps, Harry Watson, and Tim Horton dominated the ice. The first half of the Maple Leafs’ history is especially impressive compared to the second half. Toronto hasn’t won a championship since 1967 — and the flow of Hall of Fame players has decreased dramatically.