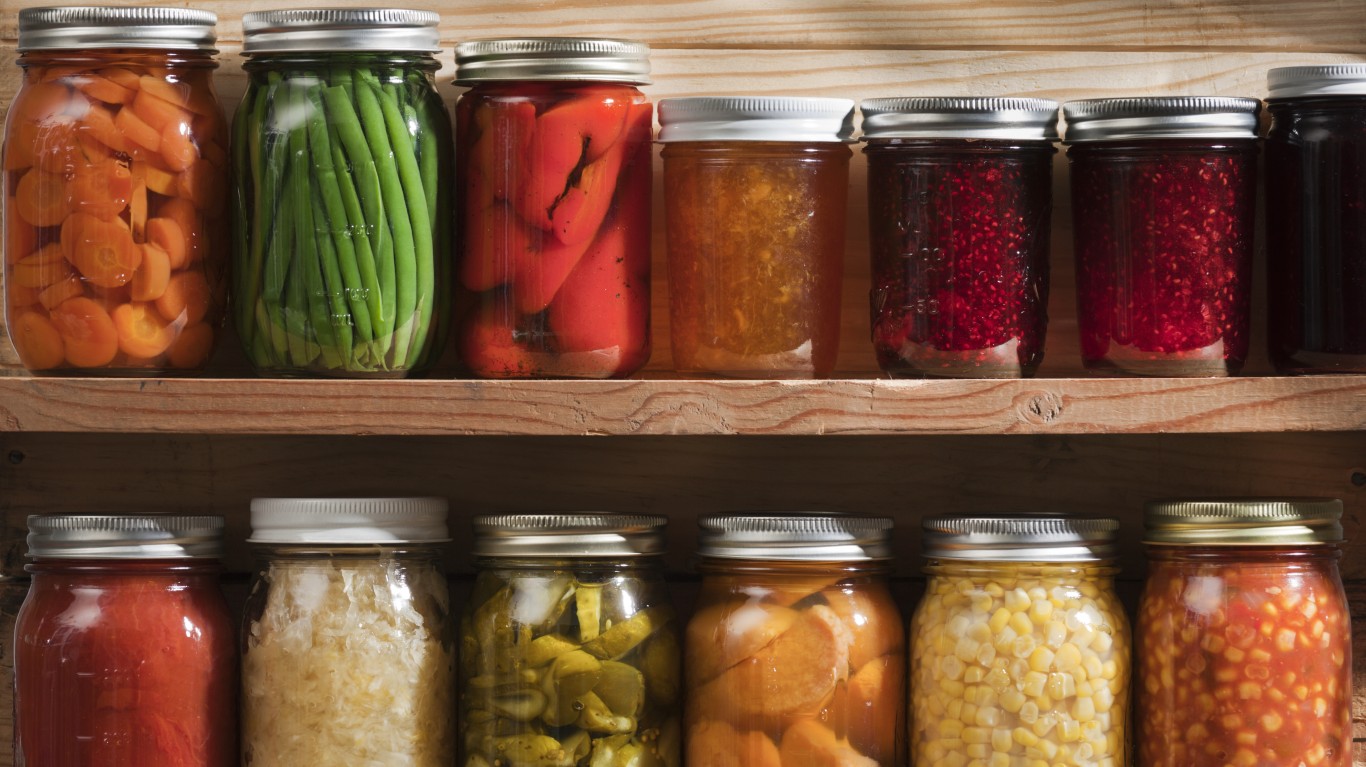 Botulism is caused by toxins from the bacteria Clostridium botulinum. There are three different kinds of botulism: foodborne, wound, and infant. All kinds are potentially fatal. Treatments differ depending on the kind and might include clearing the digestive system, surgically removing affected tissue, antitoxin, and antibiotics. 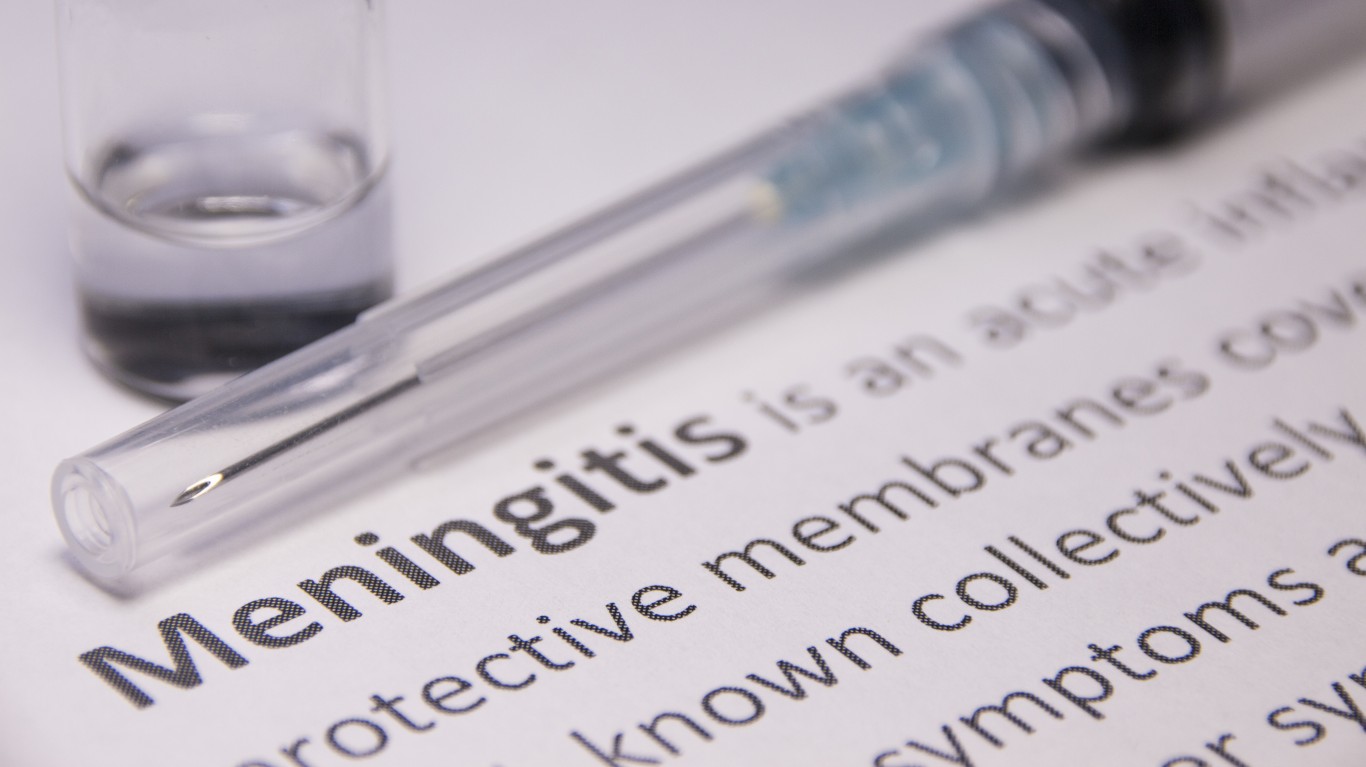 Meningitis is an inflammation of the fluid and membranes around the brain and spinal cord.

The swelling produces symptoms such as headache, fever, and a stiff neck. In the U.S., there are several kinds of bacteria that can cause meningitis, and treatment often includes intravenous antibiotics and sometimes corticosteroids.

ALSO READ: States Where the Most People Are Vaccinated 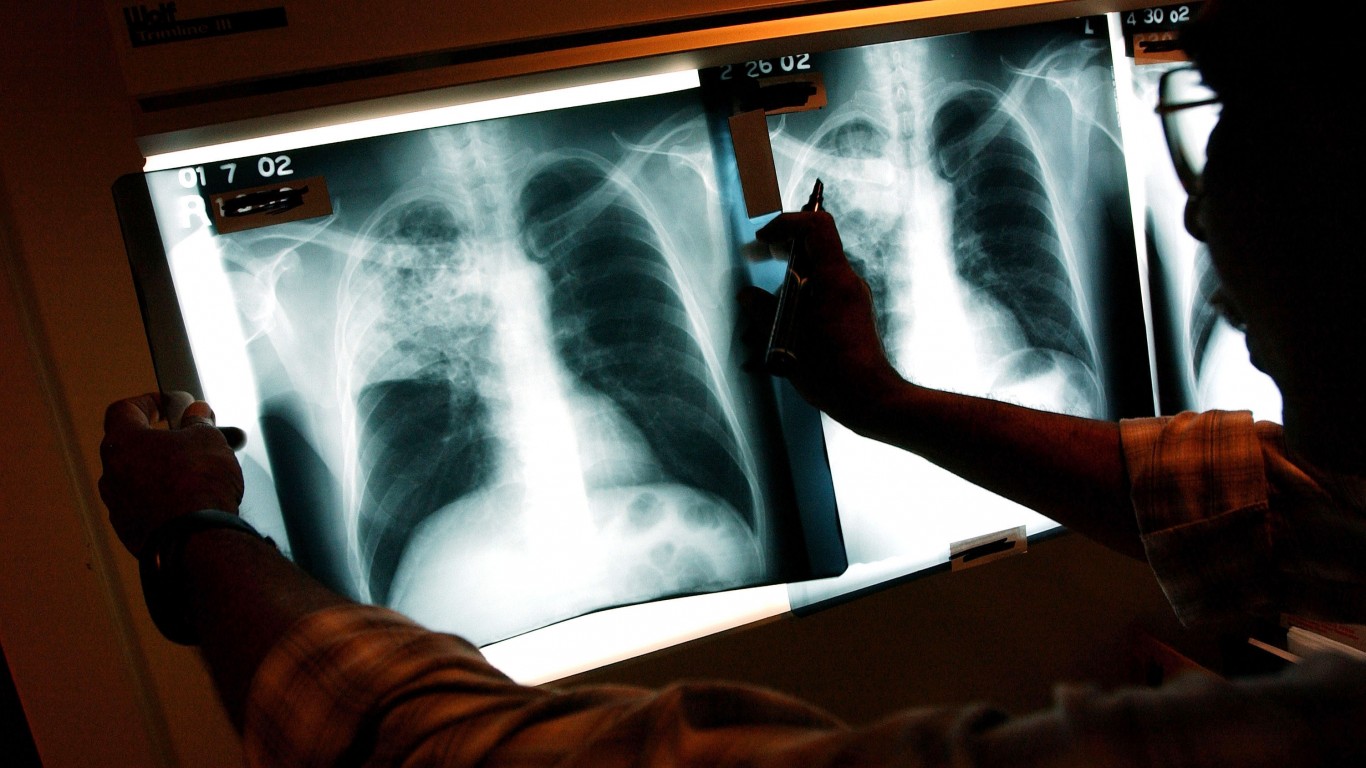 Tuberculosis, or TB, is an infectious disease that mainly attacks the lungs. The bacteria that cause TB can spread through droplets in the air expelled by coughing or sneezing. TB had been in decline until the mid-1980s but began increasing again with the rise of HIV, which weakens the immune system so it can’t fight TB. Infections have been in decline since the early 1990s, however. TB is treated with antibiotics. 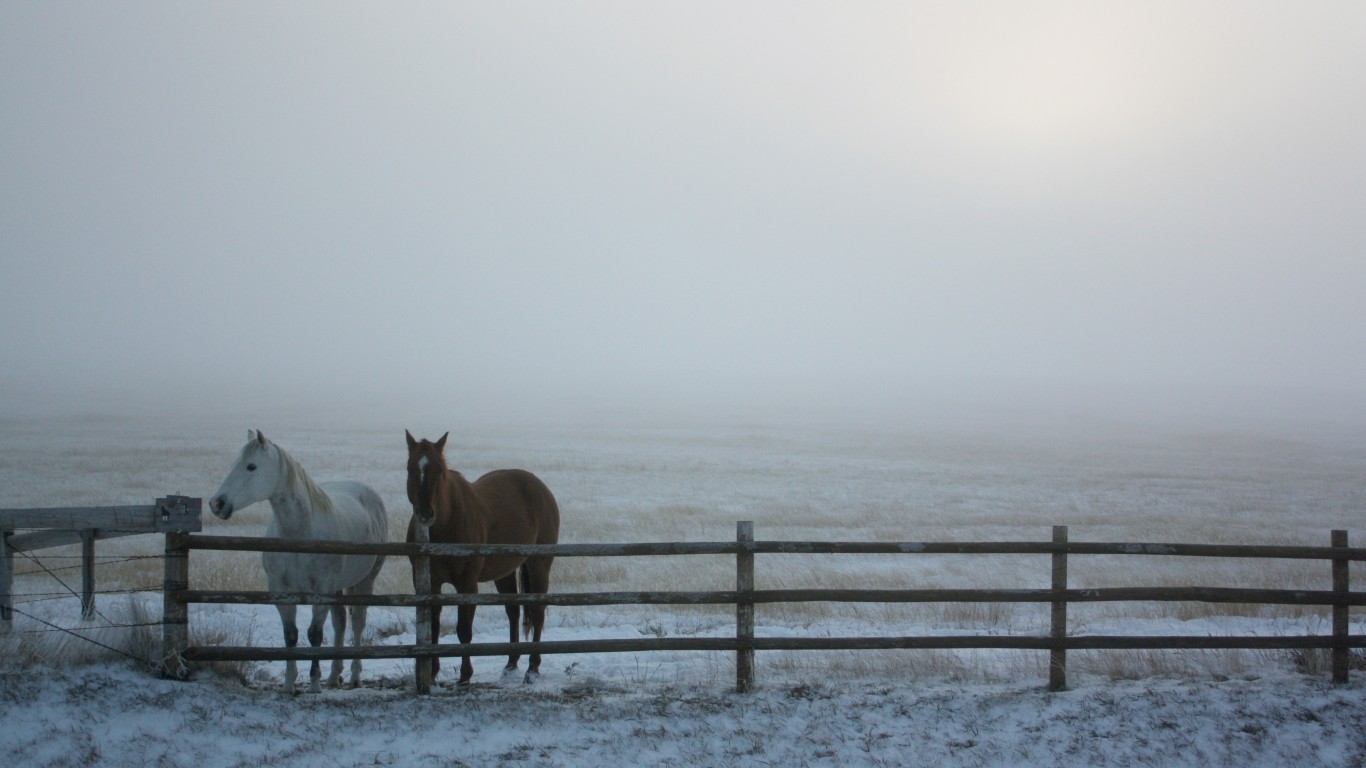 Glanders is an infectious disease caused by the bacterium Burkholderia mallei. It mostly affects horses, but it can be transmitted to people through wounds and abrasions. Because it is rare, not much is known about antibiotic treatment in humans. However, in the past, the bacteria that causes Glanders, Burkholderia mallei, have been used as a biological weapon during war. 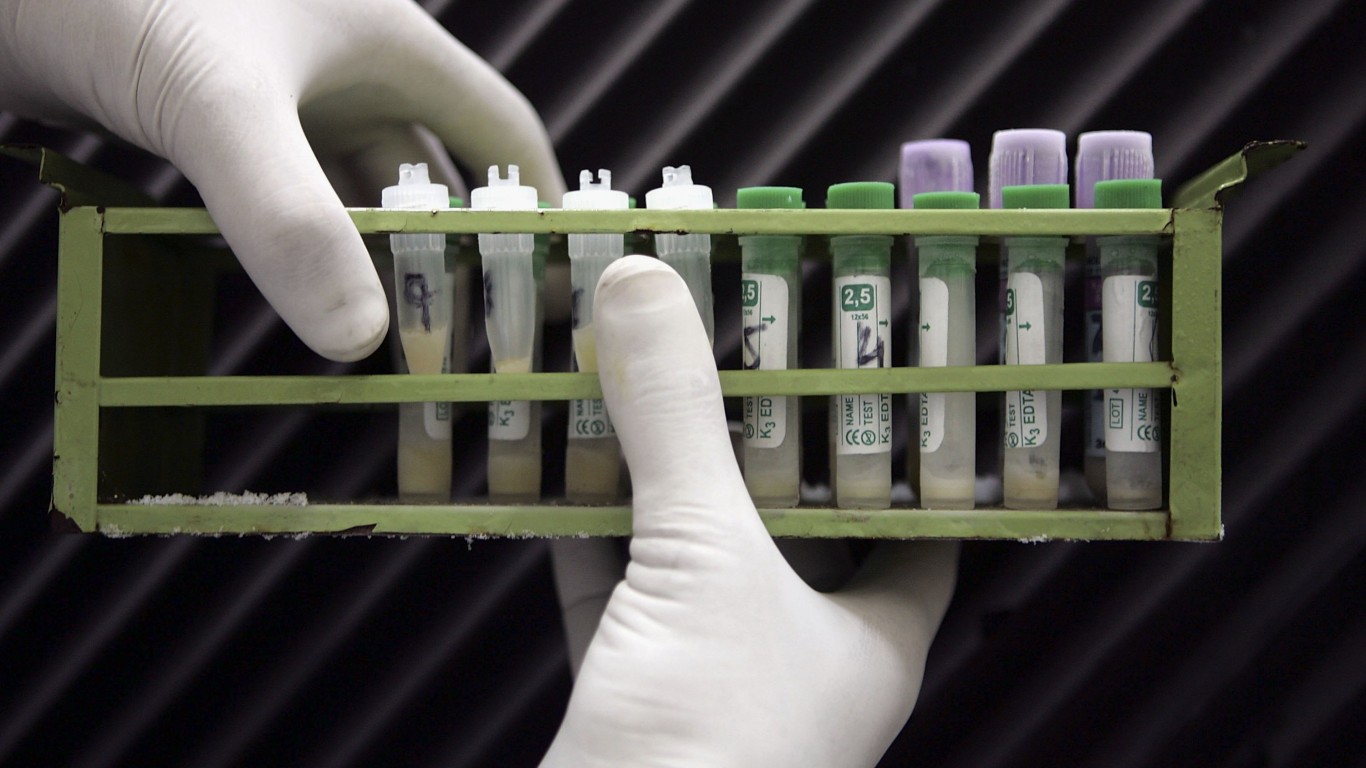 AIDS, which stands for acquired immunodeficiency syndrome, is a life-threatening disease caused by HIV – the human immunodeficiency virus. If not treated, HIV damages the immune system, interfering with the body’s ability to fight infection and disease. HIV is a sexually transmitted infection that was first reported in medical journals in 1981. It can also be spread by contact with infected blood. It remains a scourge in Africa.

Though there’s no cure for HIV/AIDS, medications can slow the progression of the disease, and today people with HIV who get effective HIV treatment – antiretroviral therapy – can live long, healthy lives.