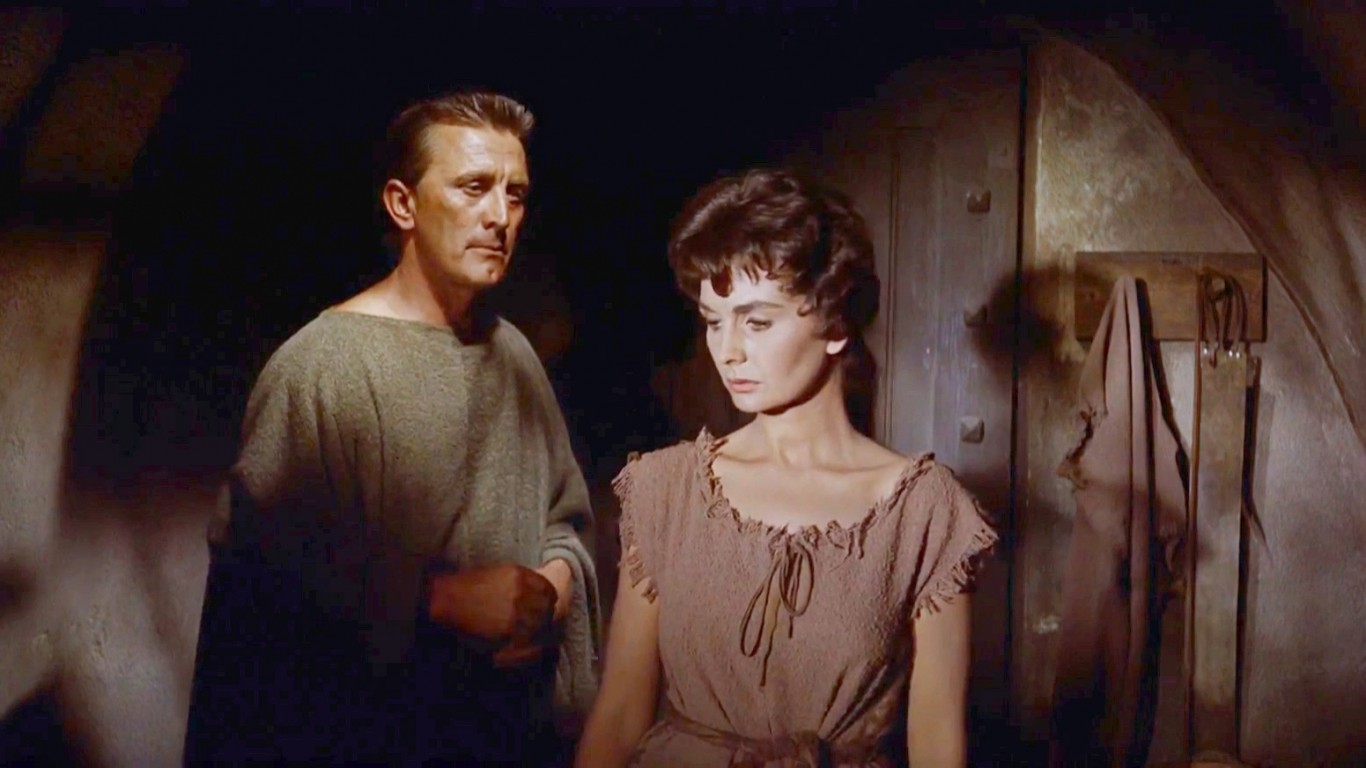 By the time “Spartacus” came out in 1960, Kirk Douglas was 44 years old and had already firmly established himself as a leading box-office star for his intense, explosive performances in films including 1949’s “Champion,” 1951’s “Ace in the Hole” and “Detective Story,” 1956’s “Lust for Life” (in which he portrayed Vincent Van Gogh), and the 1954 smash “20,000 Leagues Under the Sea.” But when we think of Kirk Douglas, we think of him in his Roman garb in Stanley Kubrick’s historical epic “Spartacus.” Even though he suffered a debilitating stroke at age 79, he kept acting well into his 90s. 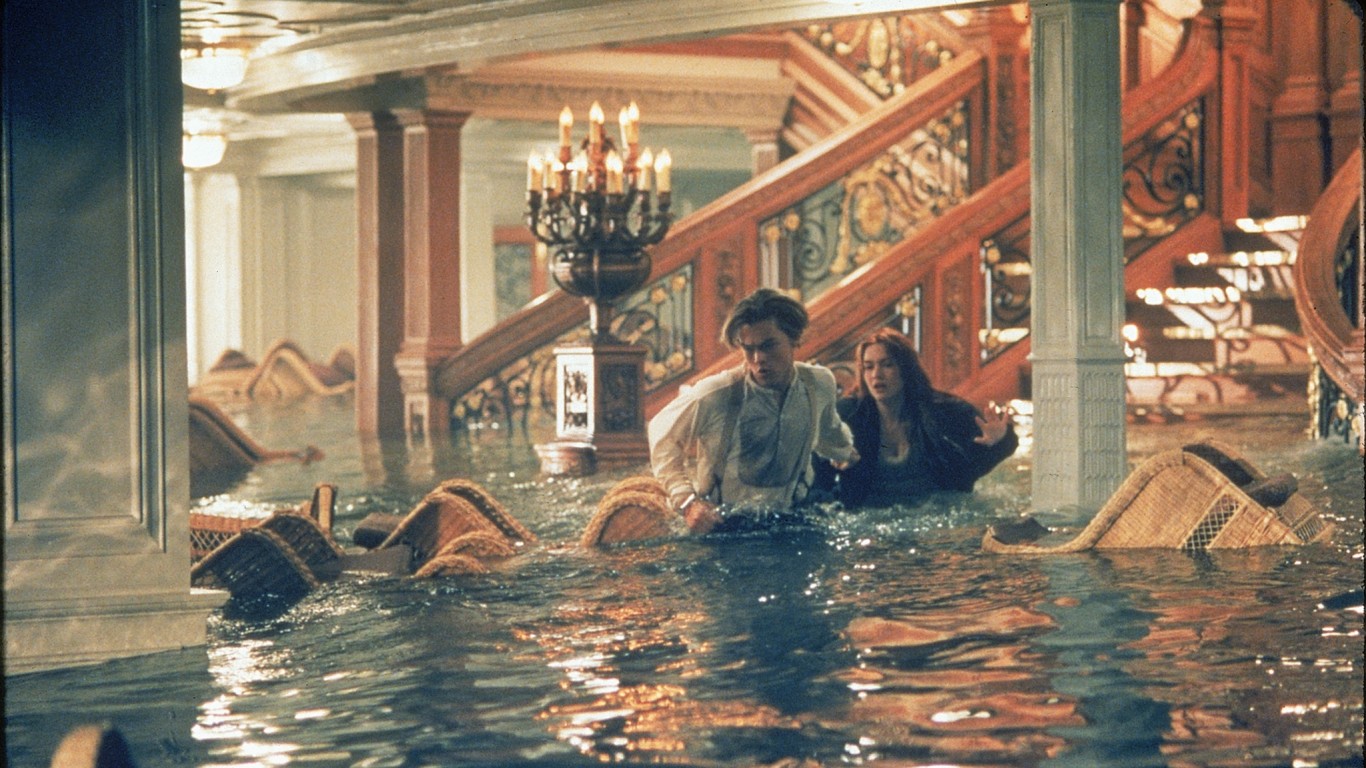 Leonardo DiCaprio first gained the attention of audiences with his 1991 role as a homeless boy in the TV series “Growing Pains” at age 17, and by the time he was cast in 1997’s “Titanic” he was already one of Hollywood’s most promising young actors, giving great performances in “What’s Eating Gilbert Grape,” “The Basketball Diaries,” and “Romeo + Juliet” opposite Claire Danes, firmly cementing his teen heartthrob status. But “Titanic” made him one of the biggest movie stars on earth, a role he continues to play with hits including “Catch Me if You Can,” “The Aviator,” “The Departed,” “The Wolf of Wall Street,” “The Revenant” (for which he won the Best Actor Oscar), and “Once Upon a Time in…Hollywood.”

ALSO READ: The Most Nominated Actor Who Still Doesn’t Have An Oscar 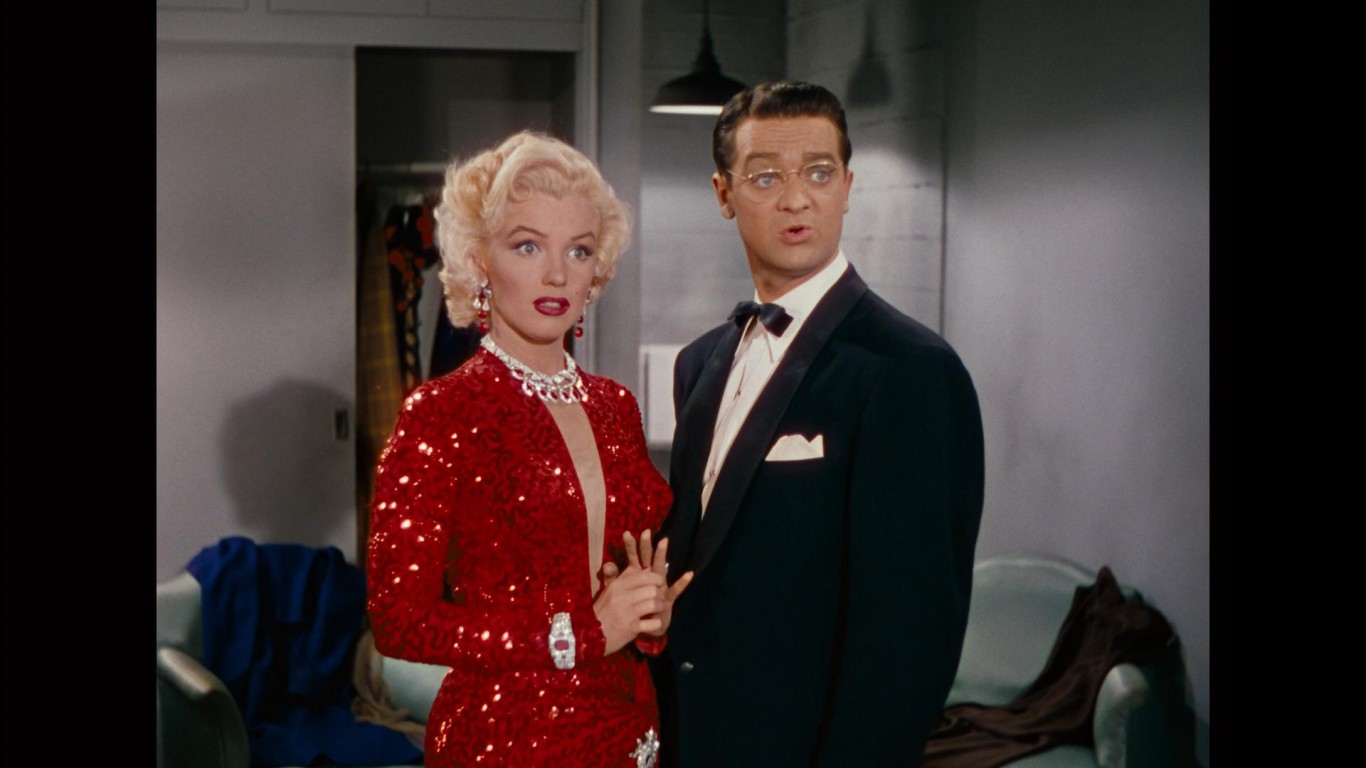 The most famous sex symbol of all time, Marilyn Monroe was a top-billed actress for a decade leading up to her untimely 1962 death. She began her career with a series of minor film roles, but stardom came soon after signing a contract with Fox in 1950. She rose to fame starring in both comedies and dramas including “Monkey Business” and “Niagara,” and her performance as a showgirl in 1953’s “Gentlemen Prefer Blondes” (with her iconic performance of “Diamonds are a Girl’s Best Friend”), which she quickly followed with “How to Marry a Millionaire,” made her a true “blonde bombshell” and star comedienne. The hit “The Seven Year Itch” followed in 1955, as well as “Some Like it Hot” in 1959. Her final film, “The Misfits,” was released in 1961. 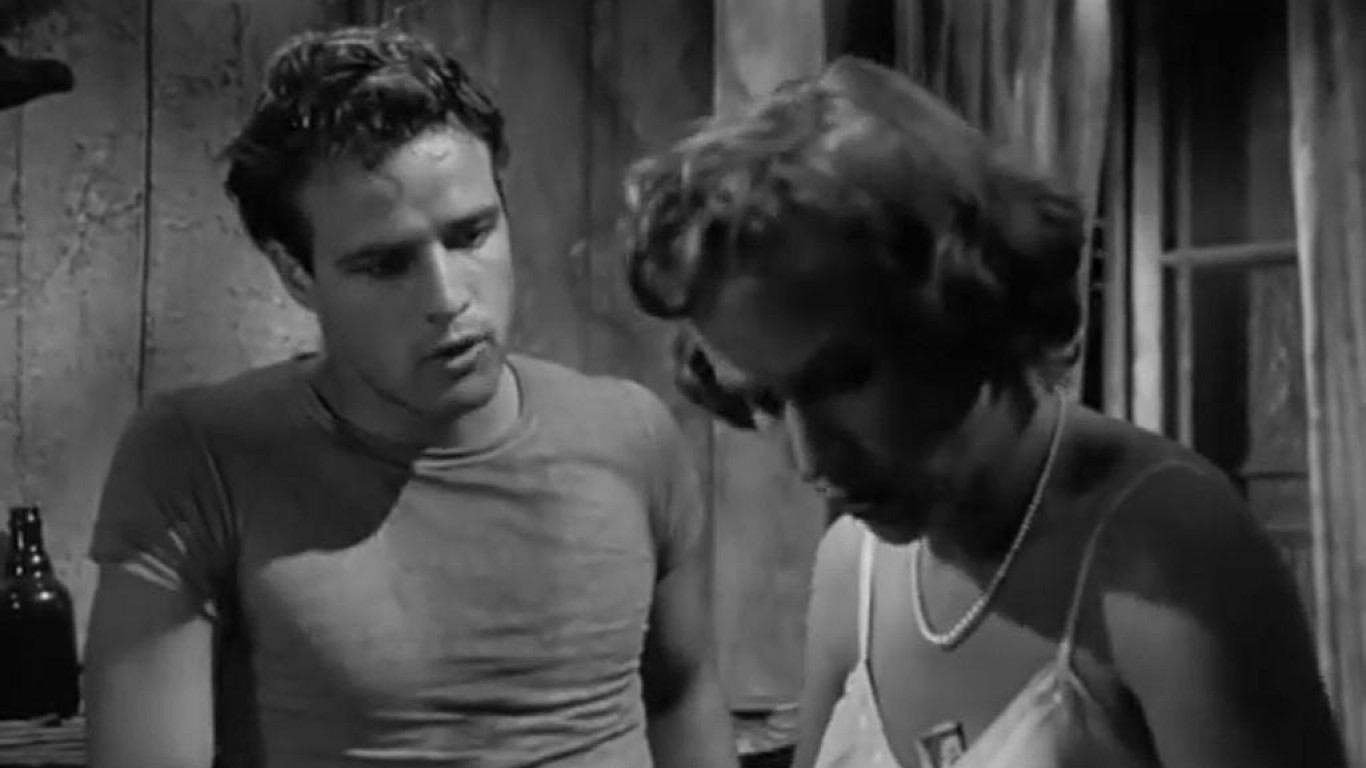 “Stellaaaa!” Method actor Marlon Brando was a young, relatively unknown method actor when he was cast in the film adaptation of his most iconic Broadway role, as Stalney Kowalski in Tennessee Williams’ “A Streetcar Named Desire.” His towering, powerful performance immediately made him one of Hollywood’s top sex symbols, and earned him his first Oscar nomination. His star continued to rise through lead roles in “Viva Zapata!,” “Julius Caesar,” and 1953’s “The Wild One,” which influenced a generation of rock n’ rollers and made sales of leather jackets skyrocket. 1955’s “On the Waterfront” was a massive success and earned him the Oscar for Best Actor, cementing his status as one of the finest actors of his generation. 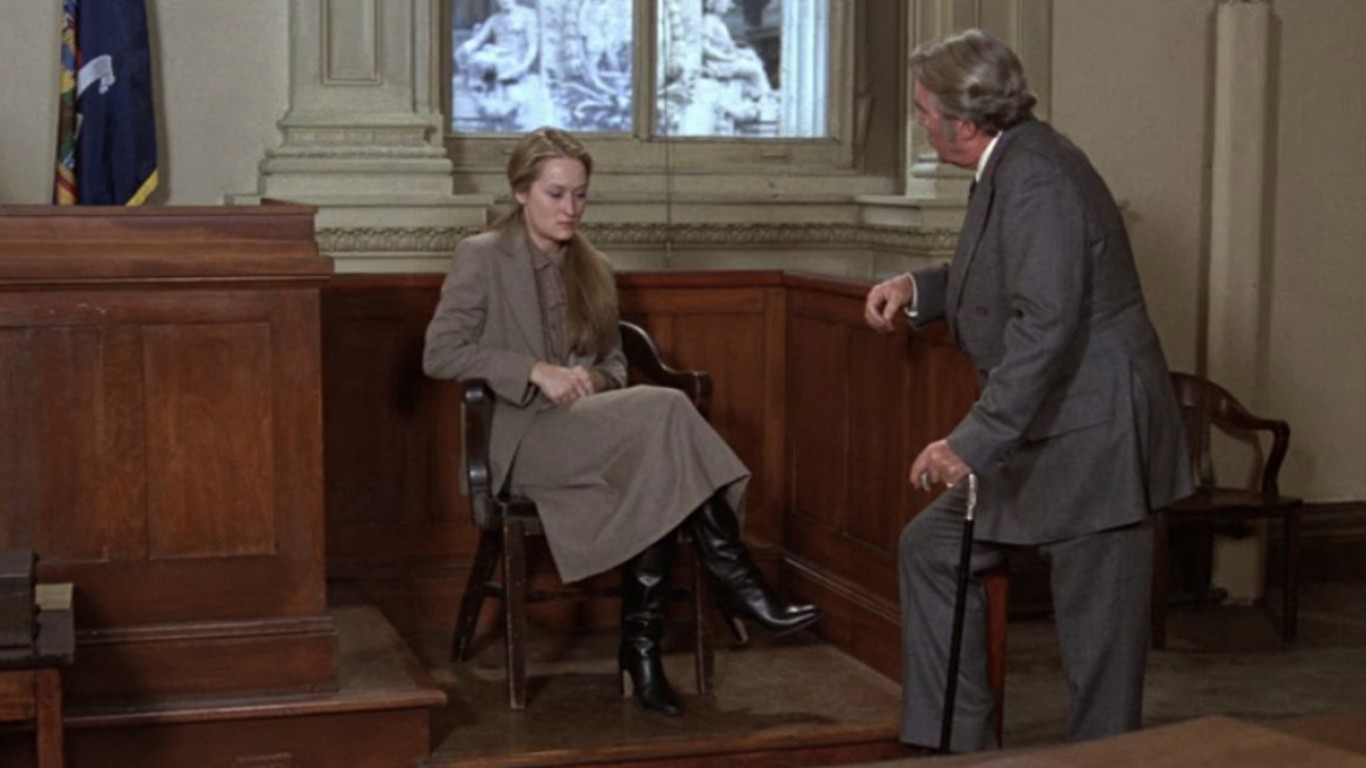 Widely regarded as the best actress of her generation, Meryl Streep had a successful career on Broadway before making her film debut in a tiny role in 1977’s “Julia.” She achieved wider recognition with roles in “The Deer Hunter” and “Holocaust,” and became widely known for her starring role alongside Dustin Hoffman in “Kramer vs. Kramer,” about a divorcing couple. Her performance was widely praised and earned her the Oscar for Best Supporting Actress, and the film won Best Picture. She’s since given iconic performances in films including “Sophie’s Choice,” “Silkwood,” “Postcards From the Edge,” “The Bridges of Madison County,” “Adaptation.,” “The Devil Wears Prada,” and “Doubt,” among many others.