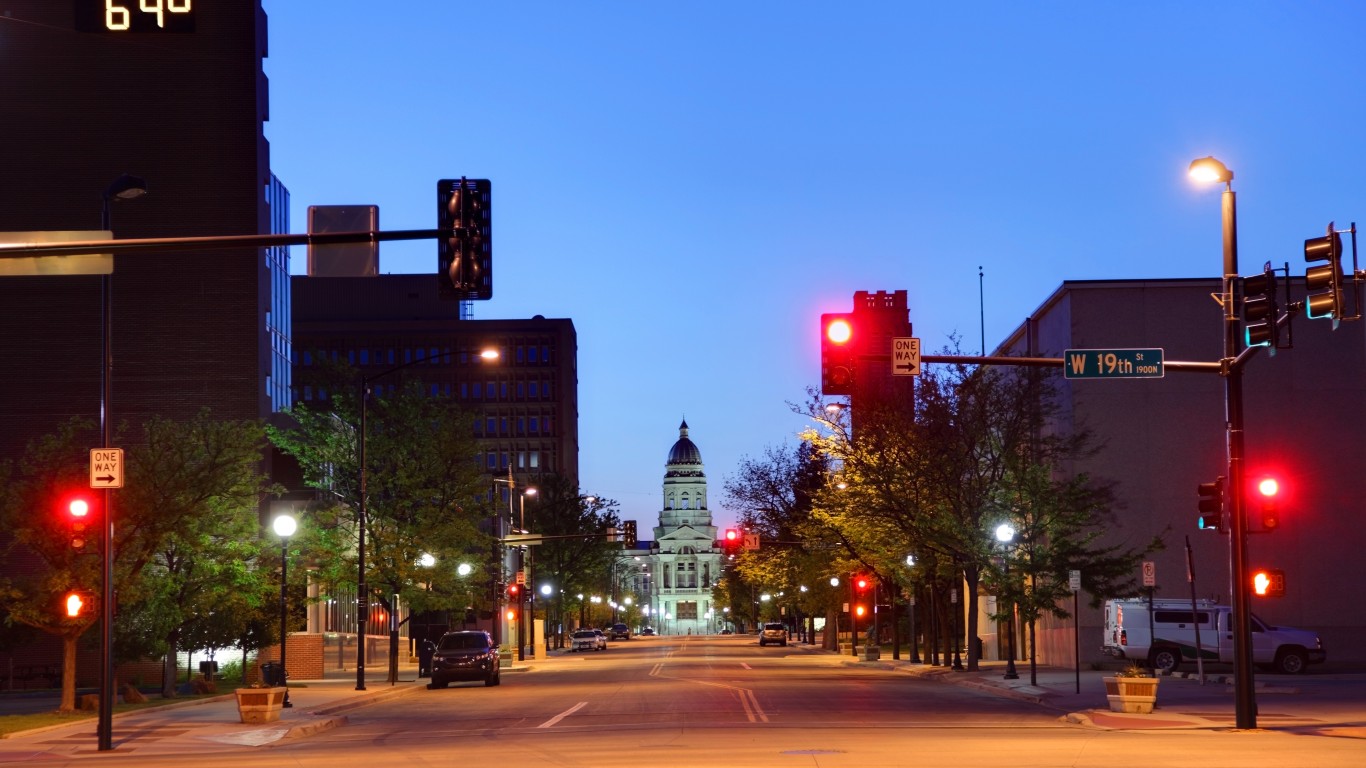 In Cheyenne, Wyoming, 6.7% of the population are active-duty servicemen and servicewomen and their families. The strong military presence in the metro area is largely attributable to the Francis E. Warren Air Force Base. Just over 3,000 military personnel are stationed at the base, along with about 3,650 of their dependents.

As is often the case in cities with large military populations, Cheyenne also has a substantial veteran population. Nearly one in every 10 people living in the metro area have previously served in the military, compared to about one in every 20 Americans nationwide. 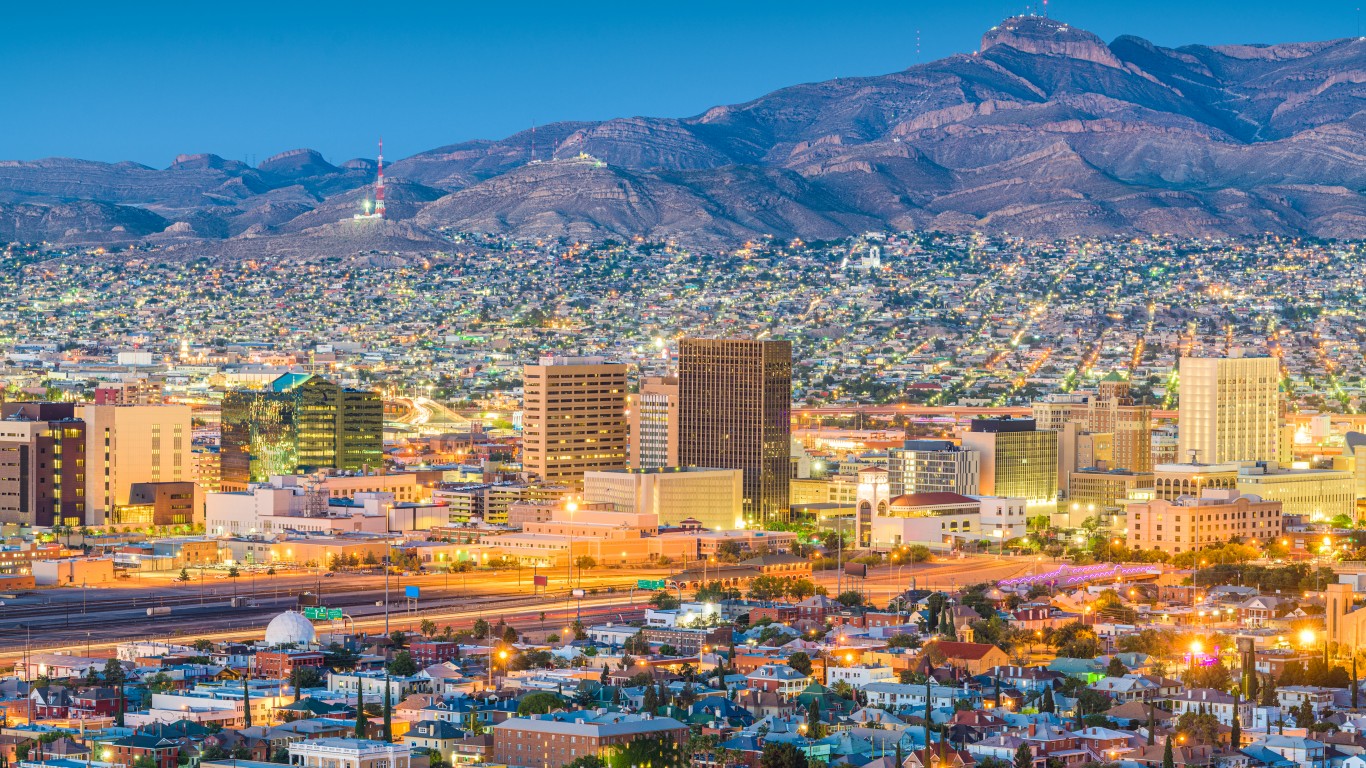 The El Paso metro area in Texas is home to Fort Bliss, a 1.1 million acre Army base where the 1st Armored Division, the army’s preeminent and oldest armored unit, is stationed. All 26,000 active-duty service members and their 34,207 dependents who live in the El Paso metro area are stationed at the base, accounting for 7.1% of the total metro area population.

Other units stationed at the base include the 32nd Army Air and Missile Defense Command and the 11th Air Defense Artillery Brigade. In addition to the U.S. Army, through a large FBI, DEA, and Customs and Border Patrol presence in the area, much of El Paso’s economy is tied to the federal government. 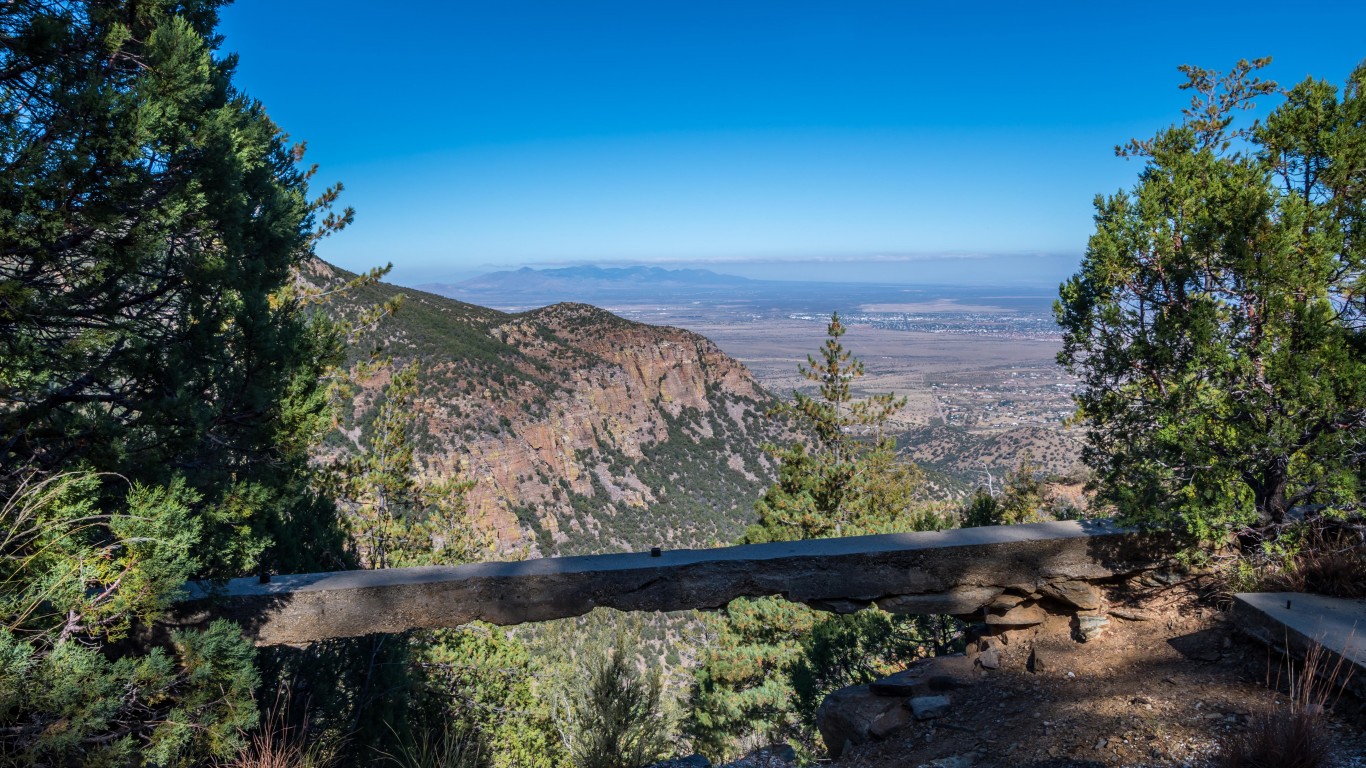 There are approximately 126,000 people living in Arizona’s Sierra Vista-Douglas metro area — and 7.4% of them are active-duty service members and their families. All of the more than 4,100 active-duty military personnel in the area and their 5,200 dependents are assigned to Fort Huachuca, an Army base located less than 15 miles west of Sierra Vista. Initially established in the 1870s during the Indian Wars, the base is now home to the U.S. Army Intelligence Center and the U.S. Army’s Network Enterprise Technology Command.

The Sierra Vista metro area has an even larger veteran population. Over 18,000 metro area residents, or 14.5% of the population, have previously served in the U.S. military. 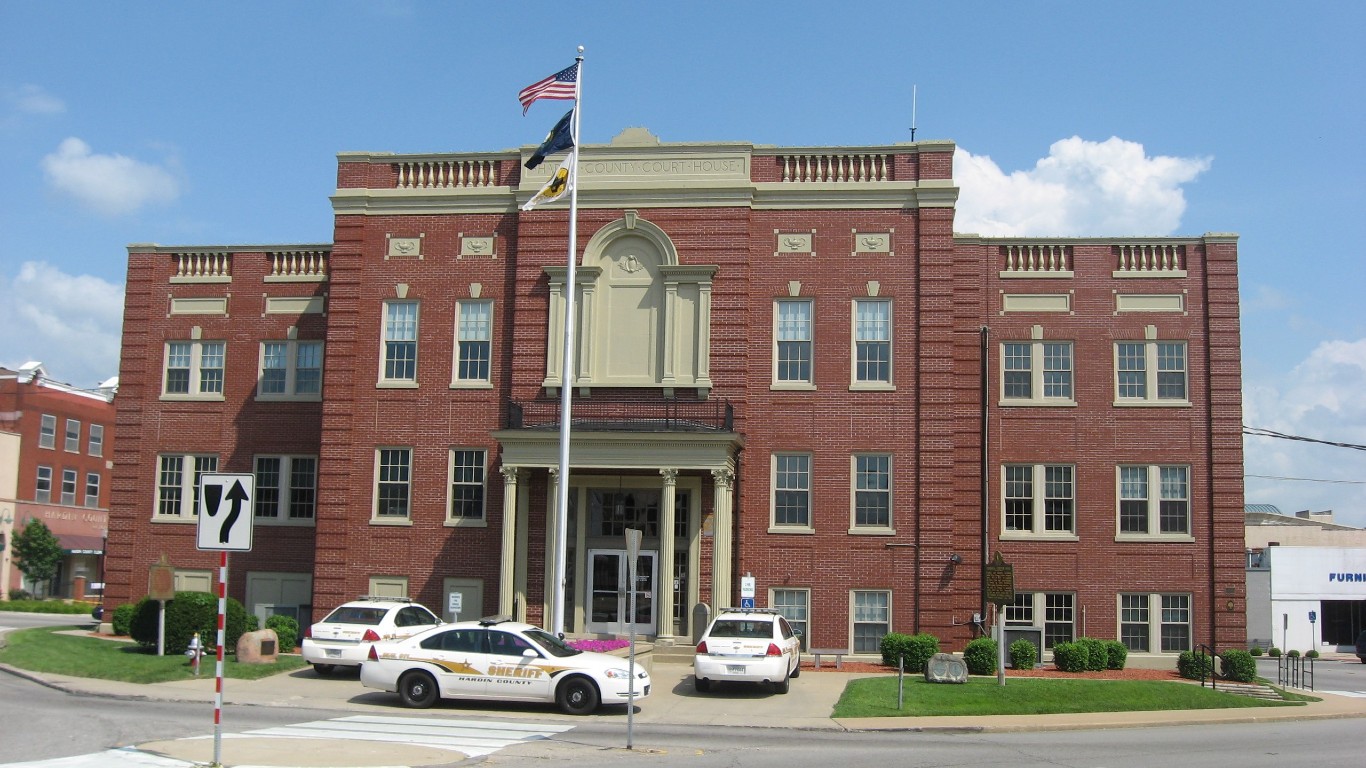 Fort Knox is a U.S. Bullion Depository that holds about 147.3 million ounces of gold — equal to about half all the U.S. Treasury’s gold. Fort Knox is also an Army base to which 4,842 active-duty personnel are assigned. Service members, together with their 7,088 dependents, comprise 7.8% of the population of the surrounding Elizabethtown-Fort Knox metro area. 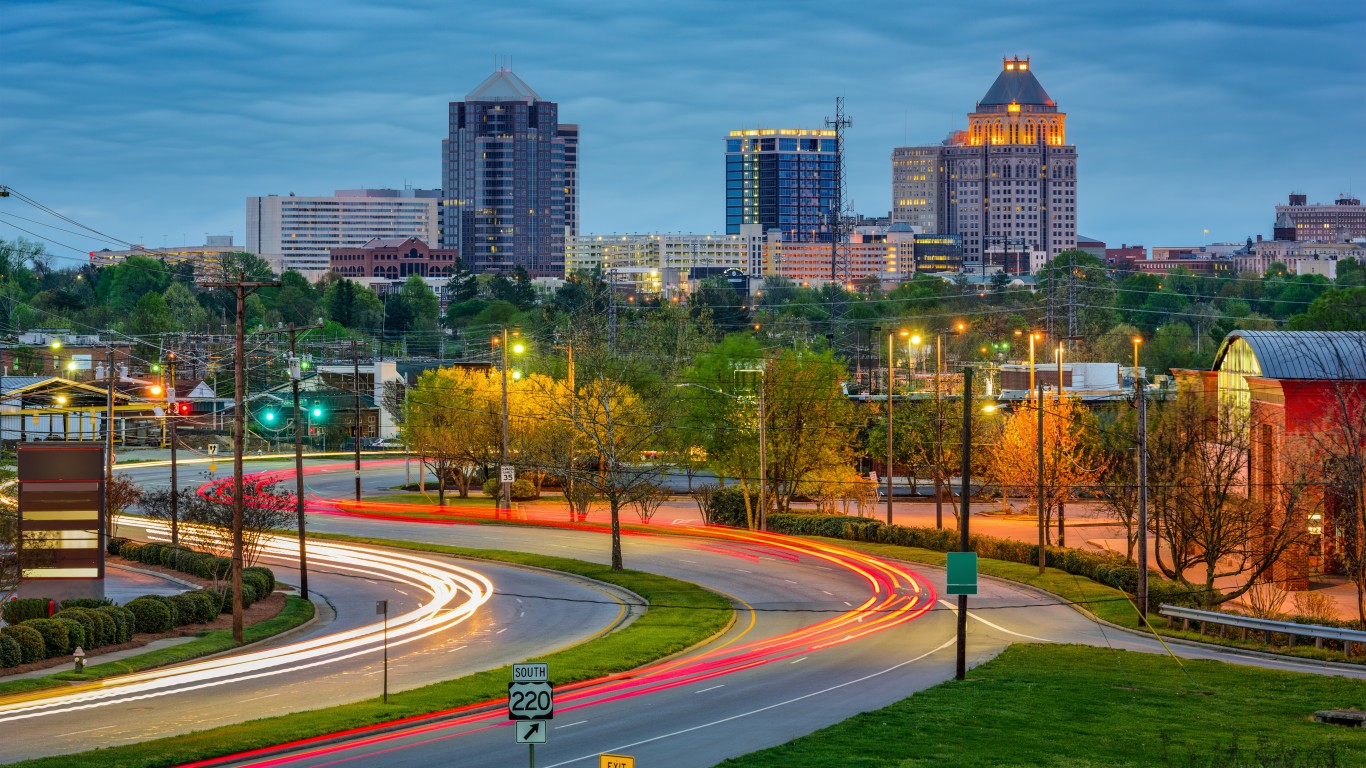 Nearly 8% of the Goldsboro, North Carolina, metro area population, or about 9,700, are either an active-duty military service member or a dependent of one. An additional 9,800 metro area residents are military veterans.

The military presence in Goldsboro is dominated by the Air Force. There are about 4,600 active-duty Air Force service members assigned to Seymour Johnson Air Force Base in the city of Goldsboro. The base covers 3,300 acres in the city and is home to the 4th Fighter Wing.