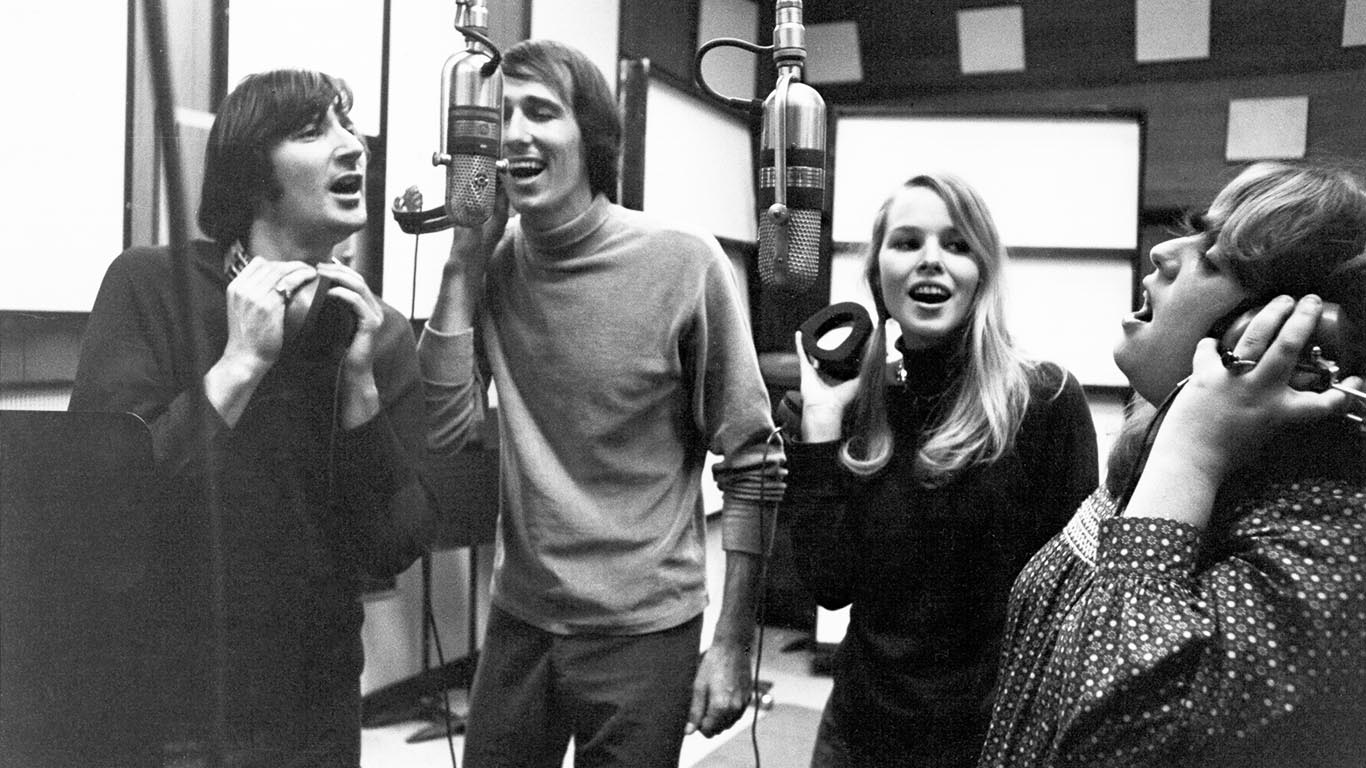 90. The Mamas & the Papas
> Spotify followers: 0.9 million
> Facebook likes: 0.3 million
> Most popular album: If You Can Believe Your Eyes and Ears

The folksy four-person pop act that popularized the close harmony, easy-listening California sound were often heard on AM radio during the 1960s. The vocal group formed in 1965 and they took off the next year with the hit “California Dreamin’,” which climbed to No. 4 on the Billboard Hot 100 in March of 1966. Their debut album, “If You Can Believe Your Eyes and Ears,” topped the Billboard 200 two months later. As harmonious as they were while performing, offstage romantic complications created disharmony and the group dissolved. Their brief time in the spotlight ended in 1971. 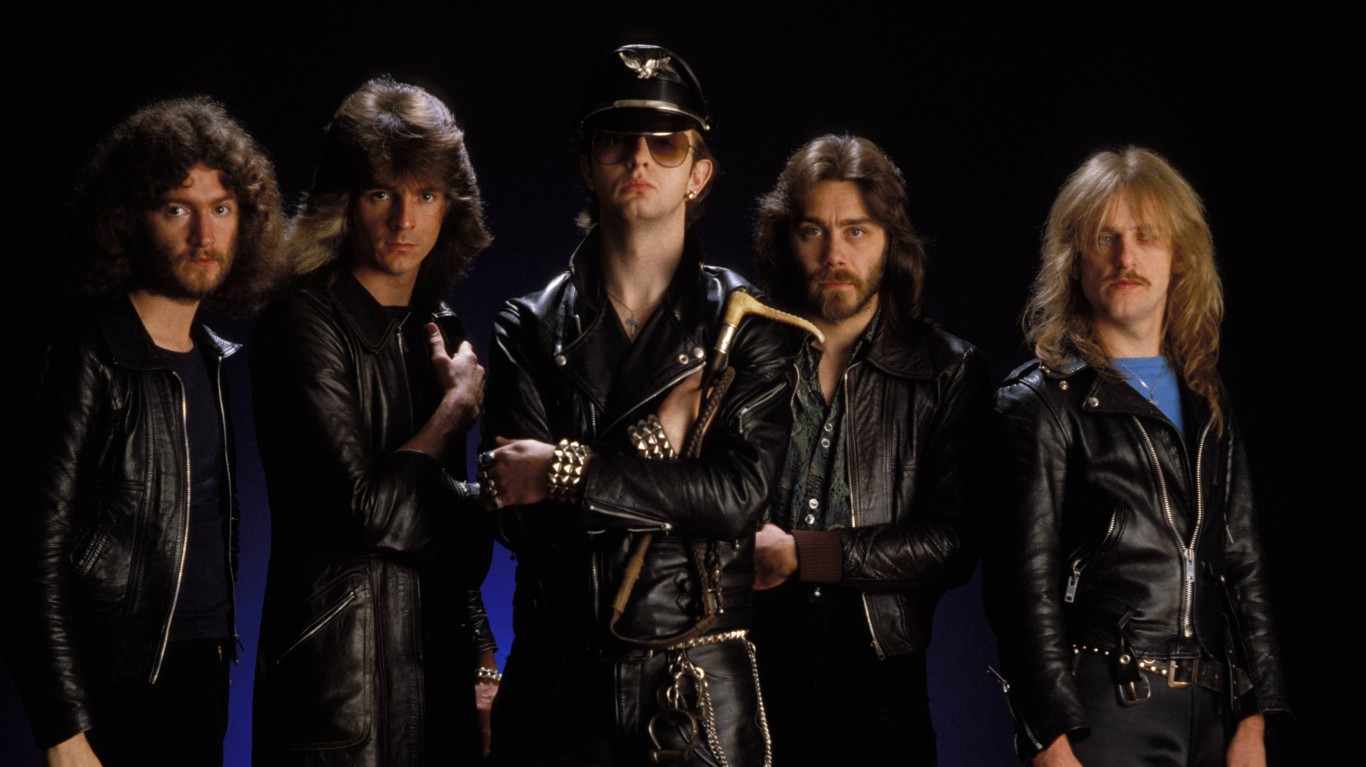 Take the goth-theme from Black Sabbath and the soaring guitar riffs of Jimmy Page from Led Zeppelin and you get Judas Priest, a heavy metal act from Birmingham, England, that developed an almost cult-like following on both sides of the Atlantic. Their 1982 album “Screaming for Vengeance” was their most successful in America, rising to No. 17 on the Billboard 200, and it went double platinum. Five of the band’s albums have been certified platinum. 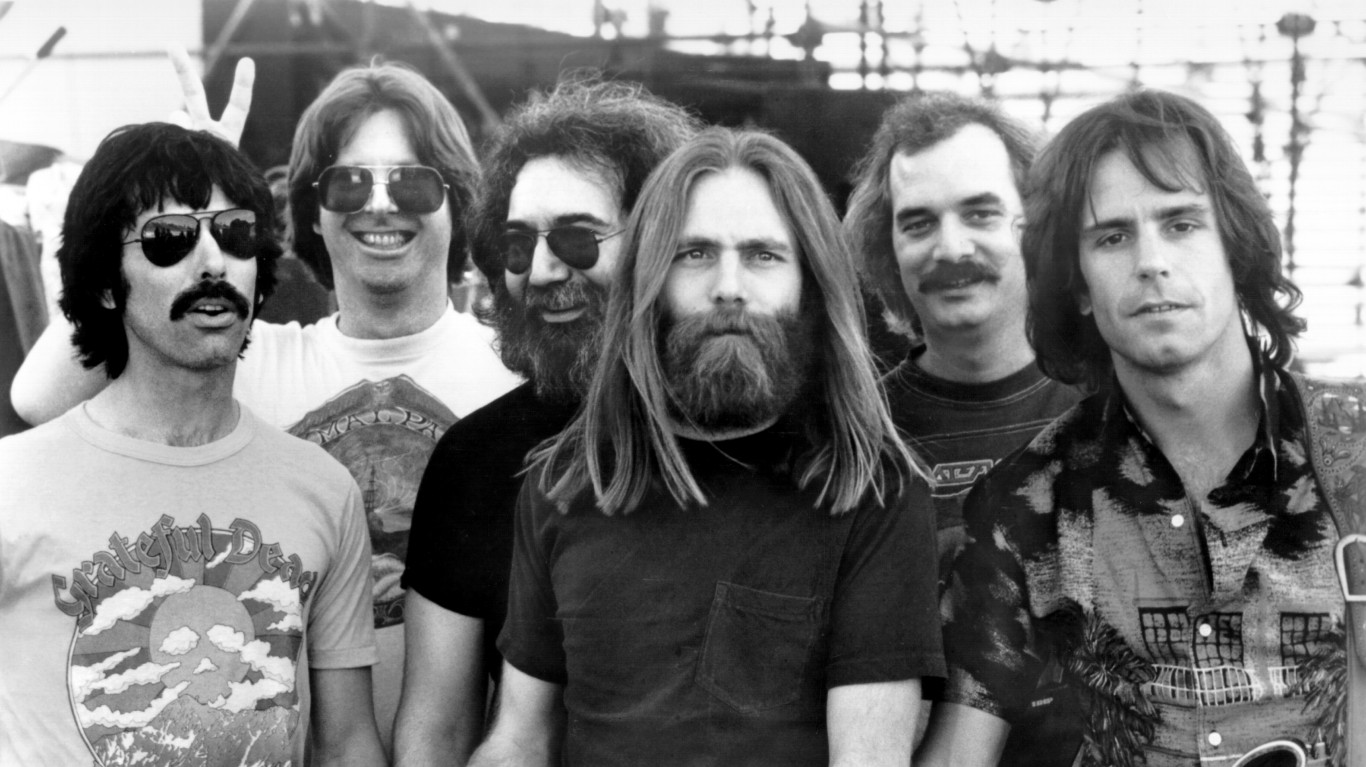 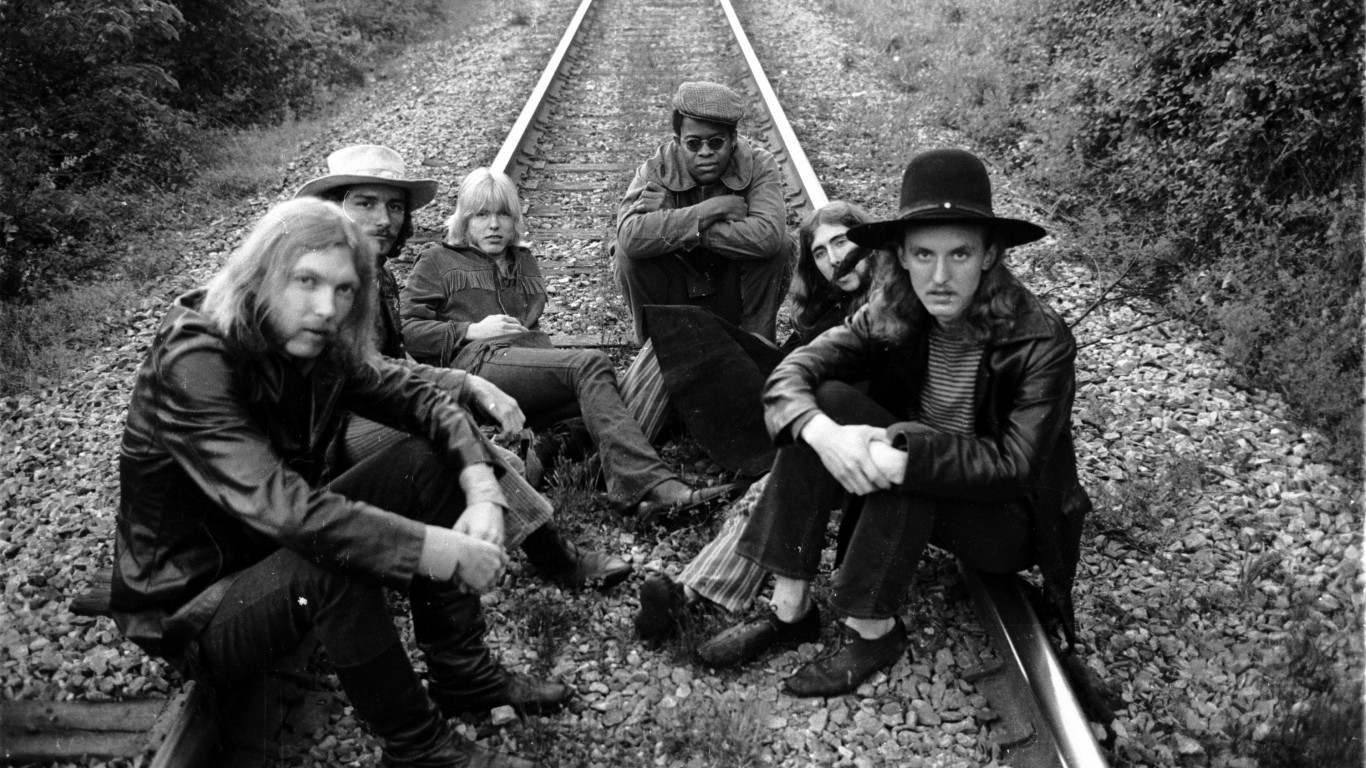 The venerable southern blues-rockers, whose members included Gregg and Duane Allman and Dickey Betts, got their start in the early 1970s. They withstood tragedy and division among their members and continue to perform today. The Grammy winners’ biggest album, “Brothers and Sisters,” went to No. 1 in 1973, one of four platinum album recordings, and produced the enduring FM standard “Ramblin’ Man” that reached No. 2 on the Billboard Hot 100. 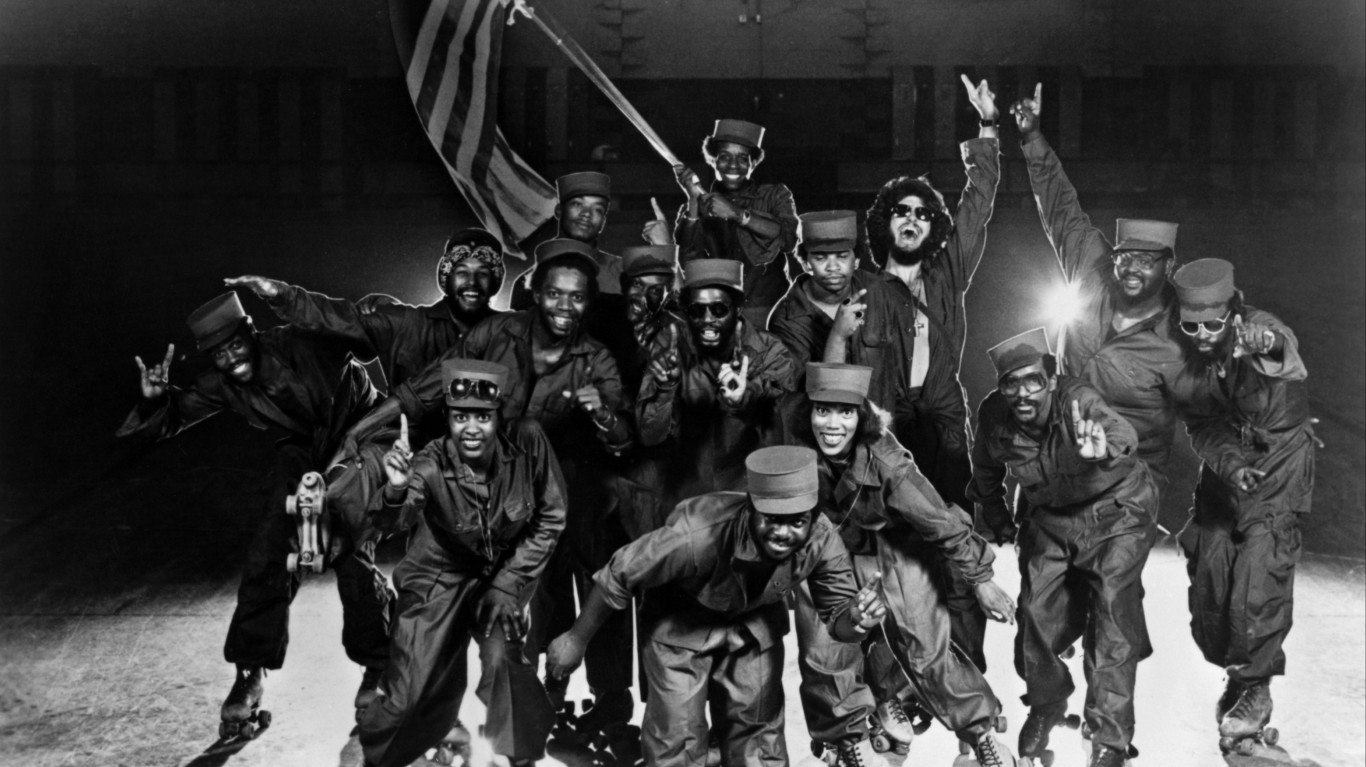 Formed in Plainfield, New Jersey, in 1968, Funkadelic mixed 60s psychedelia and blues with soul and funk, throwing in some social commentary for good measure. The album “One Nation Under a Groove,” whose cover replicated the flag raising at Iwo Jima, was the group’s biggest hit, reaching No. 16 on the Billboard 200, and was certified platinum in 1978. 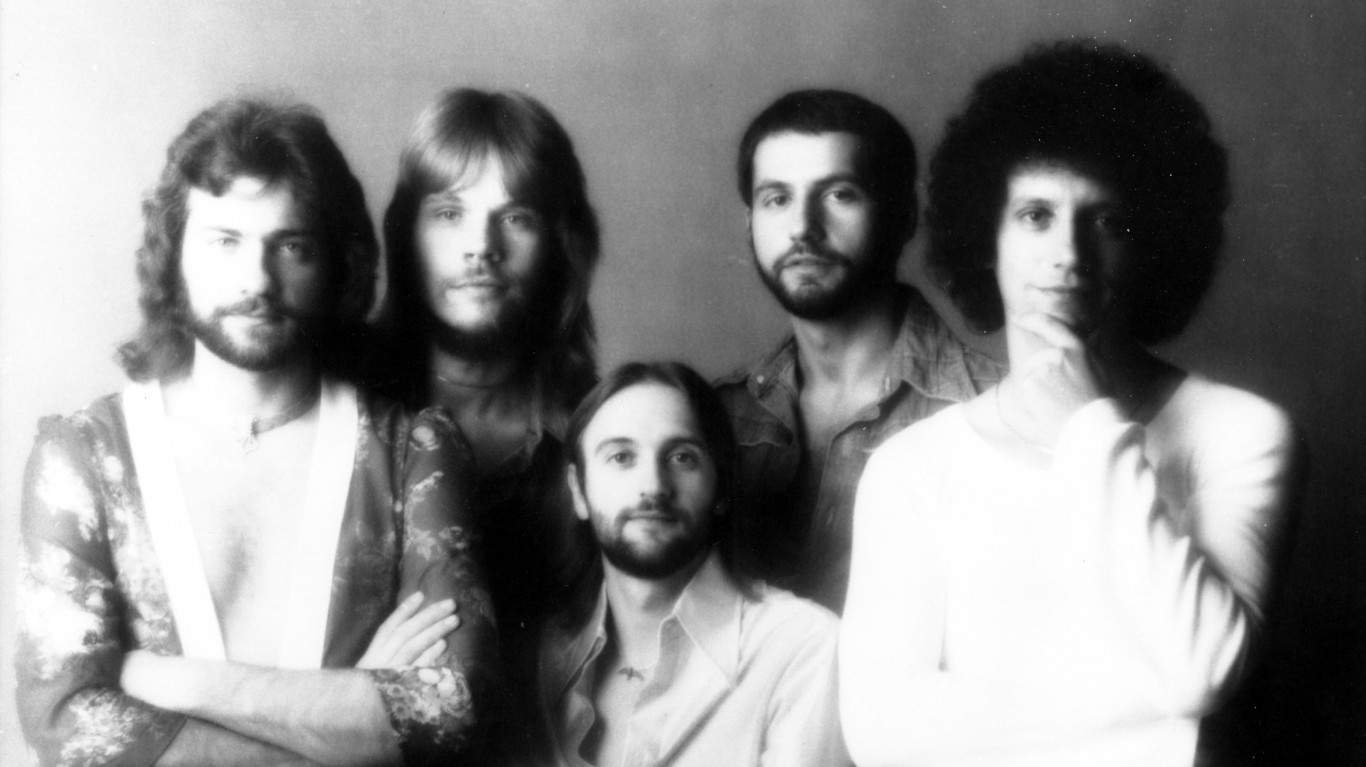 Styx, formed in Chicago in the early 1970s, started out as a progressive group before evolving into an arena band that favored soaring guitar riffs and rock ballads. The band, named after the river that flows through the underworld in Greek mythology, toured frequently in the early 1970s and built a following. Styx broke through with the song “Lady” from their second album, “Styx II,” in 1973, climbing to No. 6 on Billboard, becoming the first of their eight Top 10 hits. They’ve also had five albums reach the Top 10 on the Billboard 200 and six LPs have gone platinum. 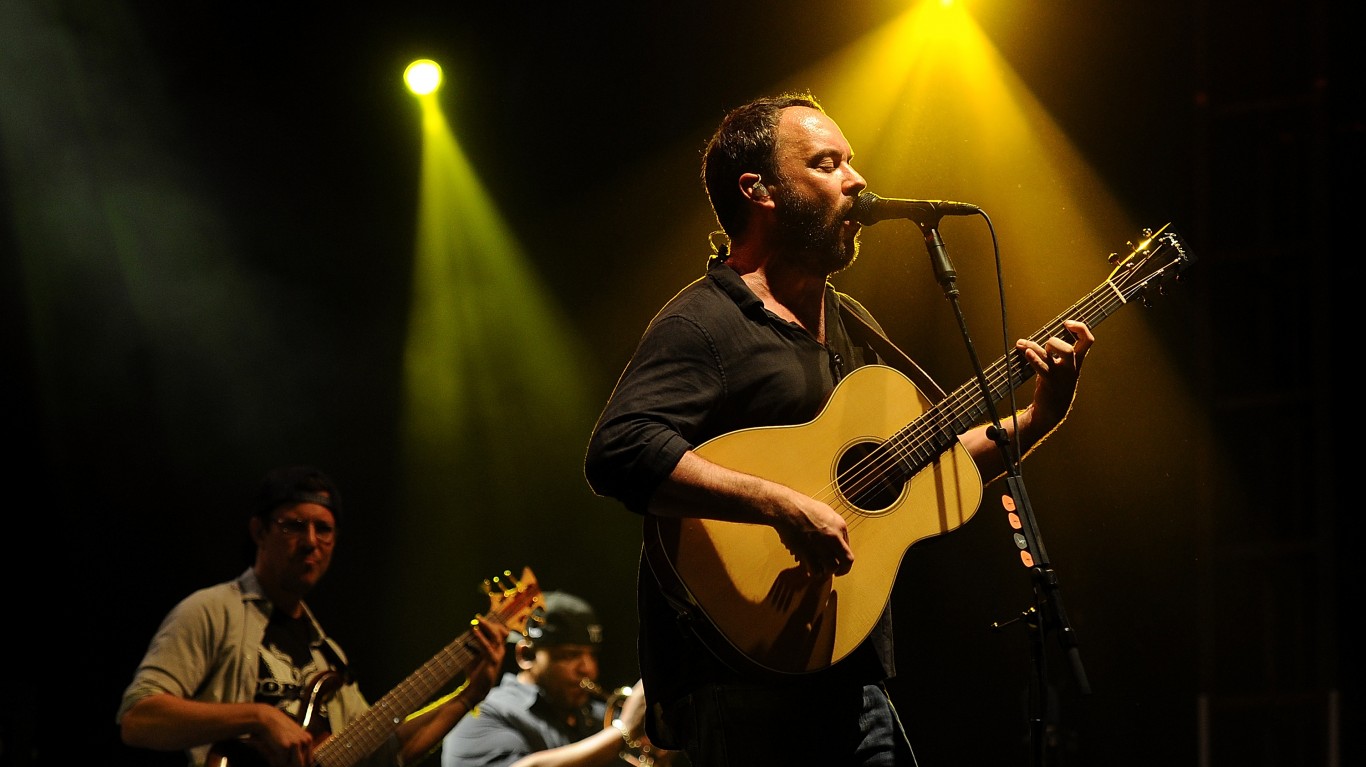 The Dave Matthews Band have been hugely successful on a commercial level, selling more than 34 million albums in the United States alone. They’ve also released 30 albums — including numerous live recordings — that have appeared on the Billboard, including seven chart-toppers. Performing an eclectic mix of pop, jazz, funk, and rock, oftentimes with a jam band-like approach, the Dave Matthews Band won a Best Rock Performance Grammy in 1996 for the song “So Much To Say.” 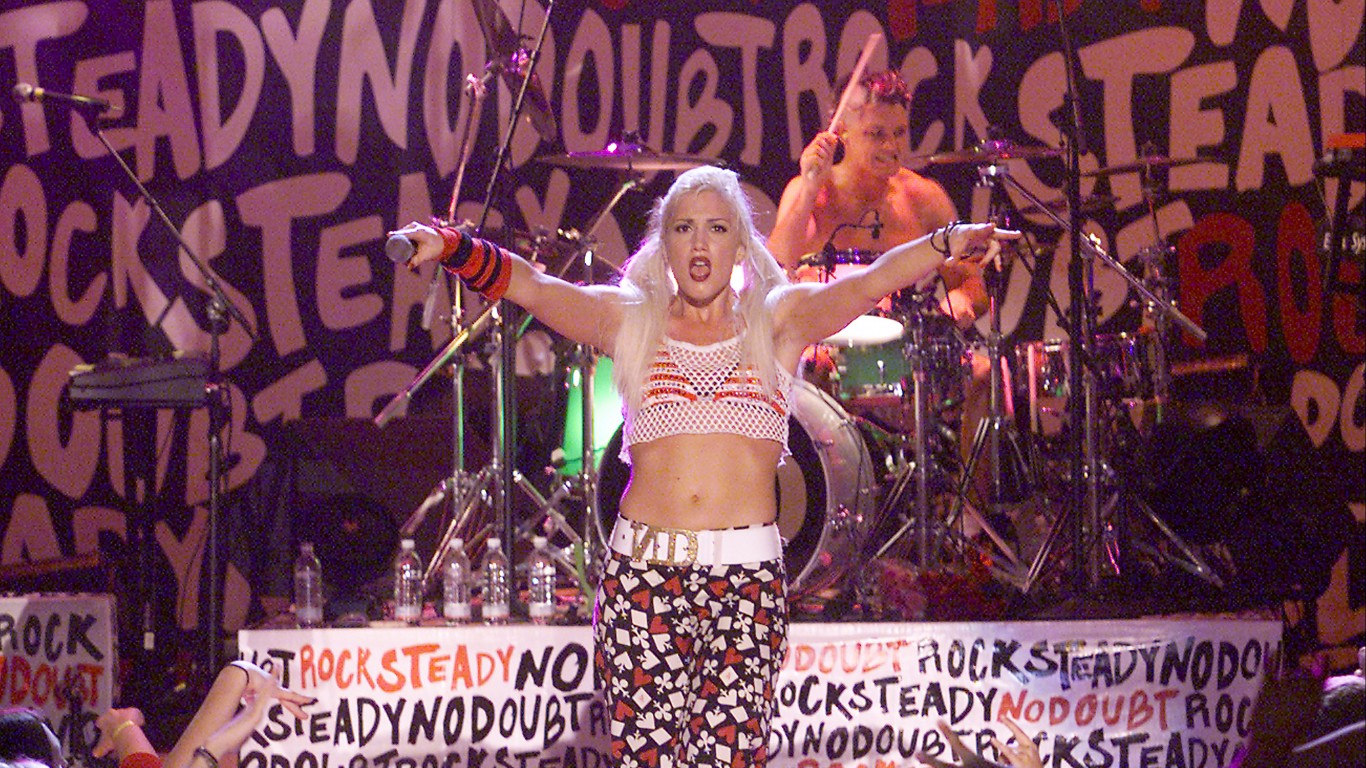 Led by singer Gwen Stefani, No Doubt blended influences such as rock, punk, and reggae to become one of the most popular groups of the 1990s. The band’s best-selling album, “Tragic Kingdom,” was released in October 1995. The album peaked at No. 1 on the Billboard 200 in December 1996 and has since gone on to sell over 10 million units in the United States. 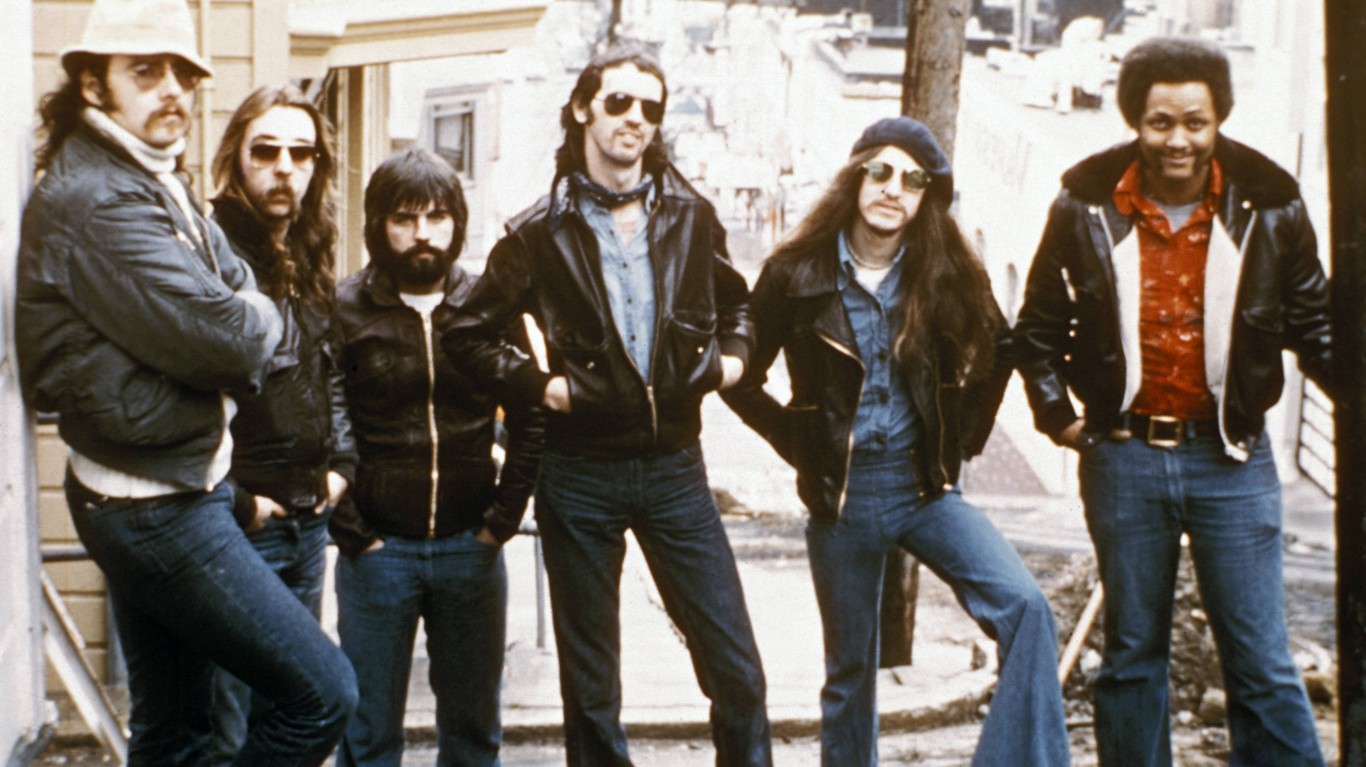 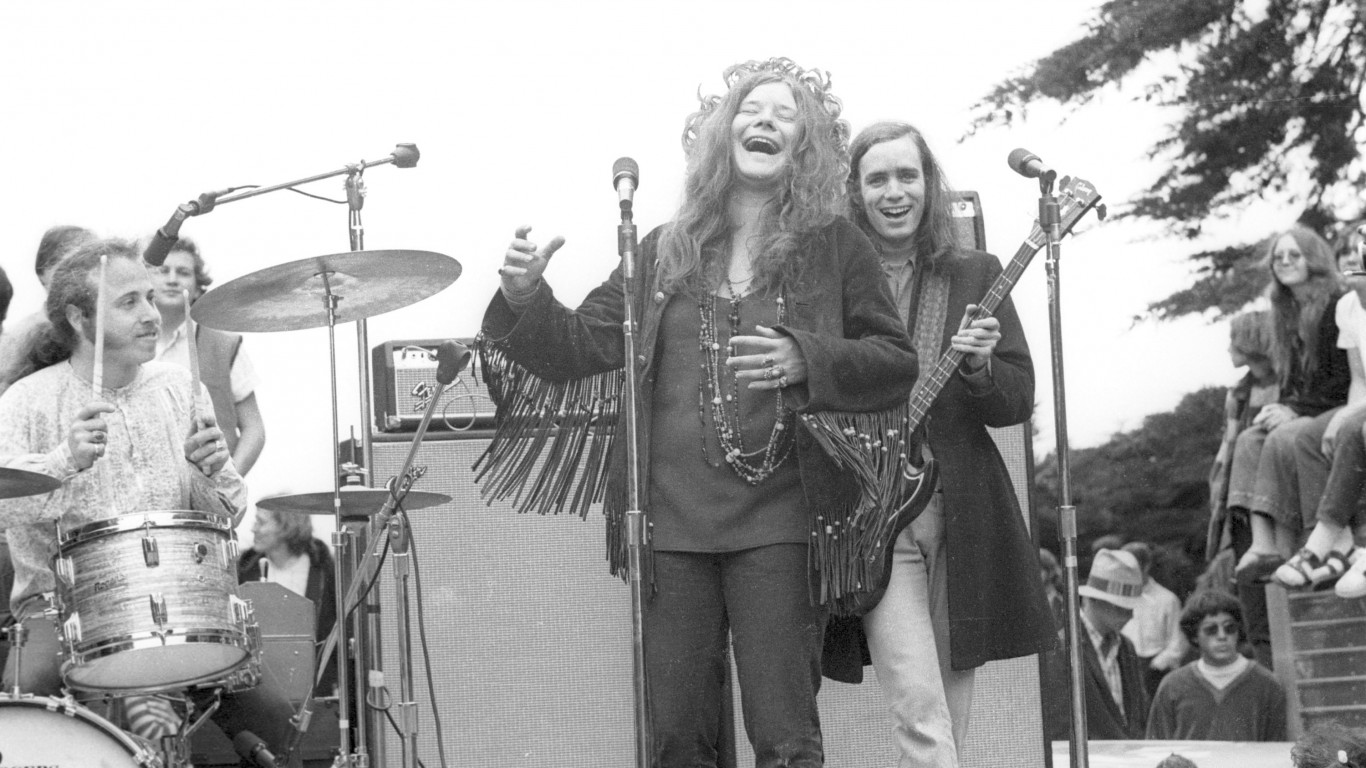