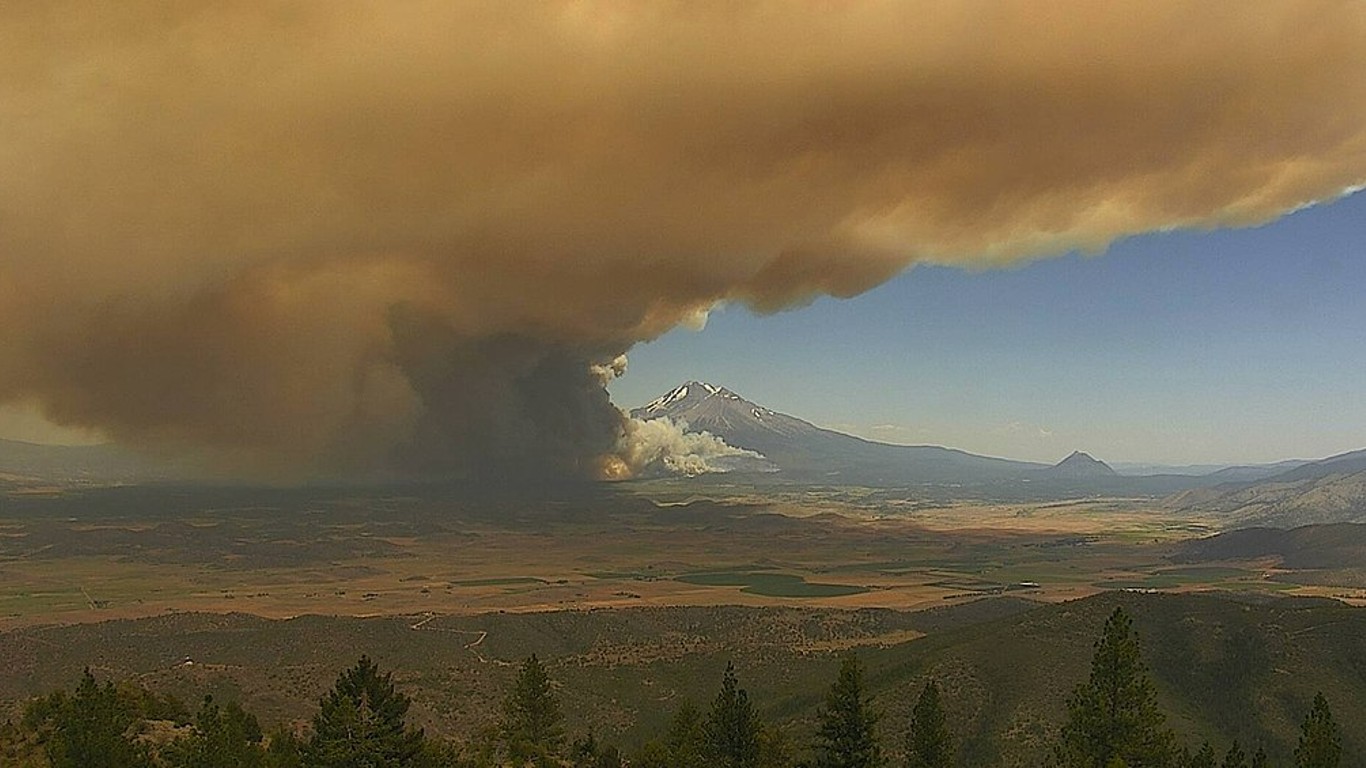 While the Pacific Northwest is known for its rainy weather through much of the year, increasing temperatures are having an impact. The summer of 2021 saw soaring, record-breaking temperatures in the region, according to NOAA, some of the hottest in 126 years. Washington and Oregon were struck by temperatures exceeding 100 degrees. The heat wave resulted in 211 fatalities. British Columbia experienced similarly extreme temperatures, and hundreds of heat-related deaths. 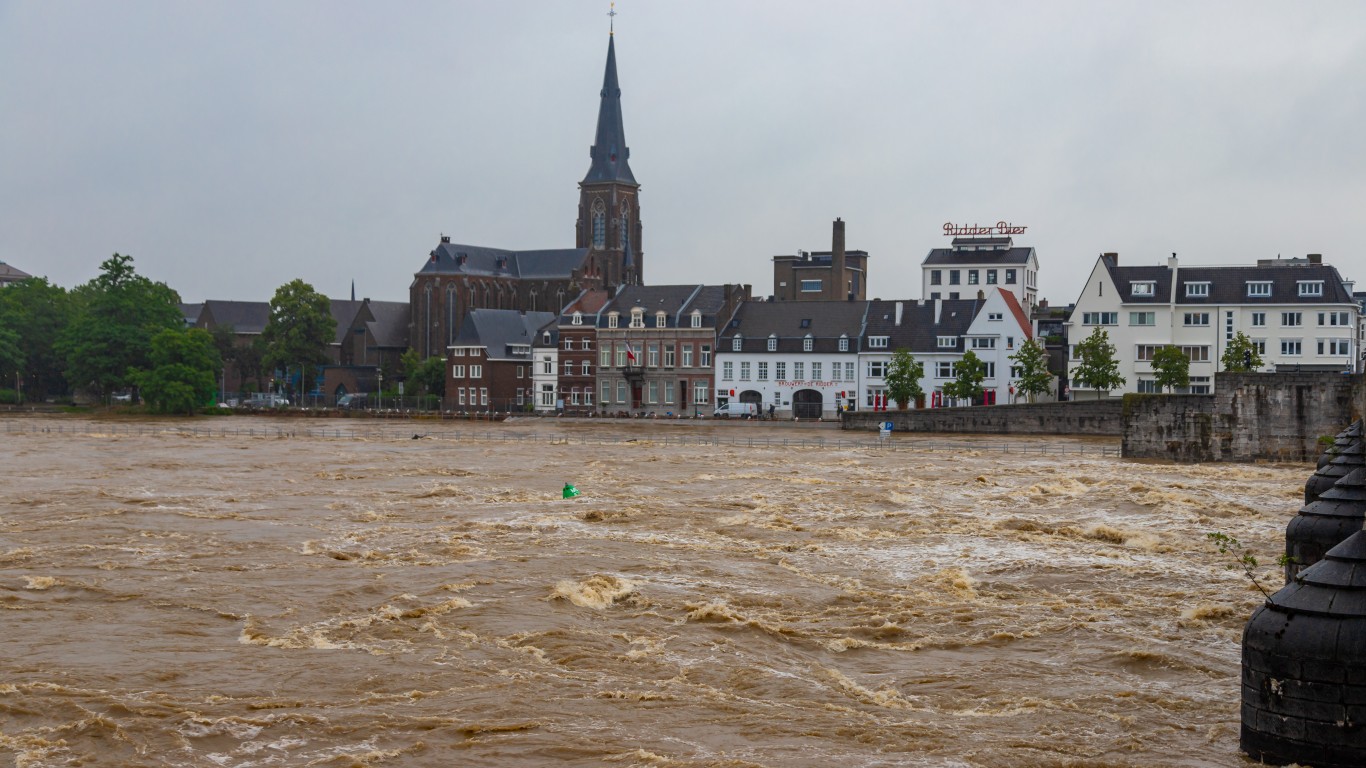 Over 200 were killed during extreme flooding in Western Europe, including people in Germany, Luxembourg, Belgium, and the Netherlands. The event was linked to climate change – increases in global temperatures contributed to wetter weather from more water vapor in the air. The floods caused an estimated $40 billion in damages.

24/7 Wall St.
You Won’t Believe How Long It Takes for These Popular Items to Decompose 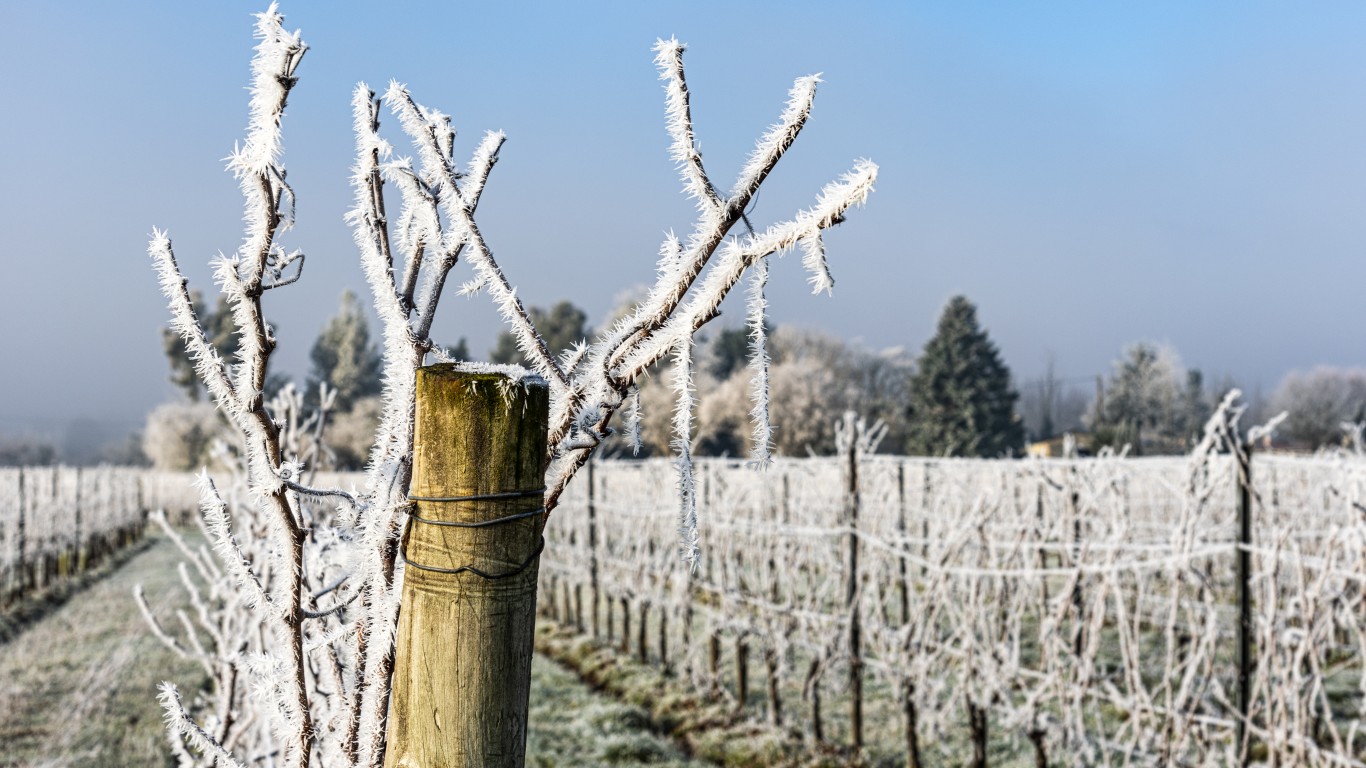 Even minimal changes in regular temperatures can devastate agricultural crops and lead to economic loss. Warm temperatures followed by a cold snap resulted in vineyard plants sprouting too early, only to be killed by the cold. This event prompted the loss of one-third of the wine plants in France, and is attributed with losses over $1 billion. 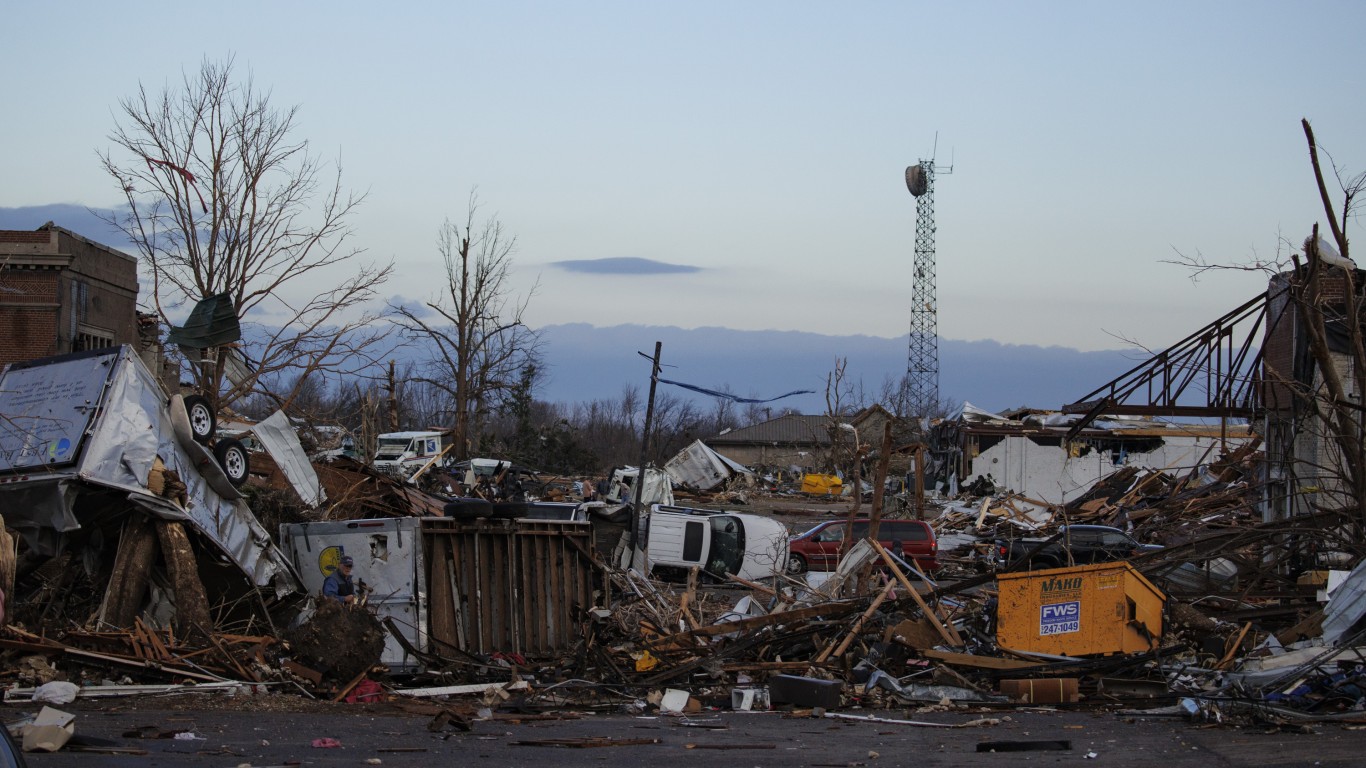 In December of 2021, an outbreak of tornadoes ripped across multiple states, killing 90 as it tore through a Kentucky candle factory and an Illinois Amazon warehouse. The tornado outbreak’s estimated damage caused is around $3 billion. Tornado season in the U.S. Plains and Midwest typically spans from April to June, but according to NOAA, winter temperature increases and moist air can cause thunderstorms, which can produce tornadoes. 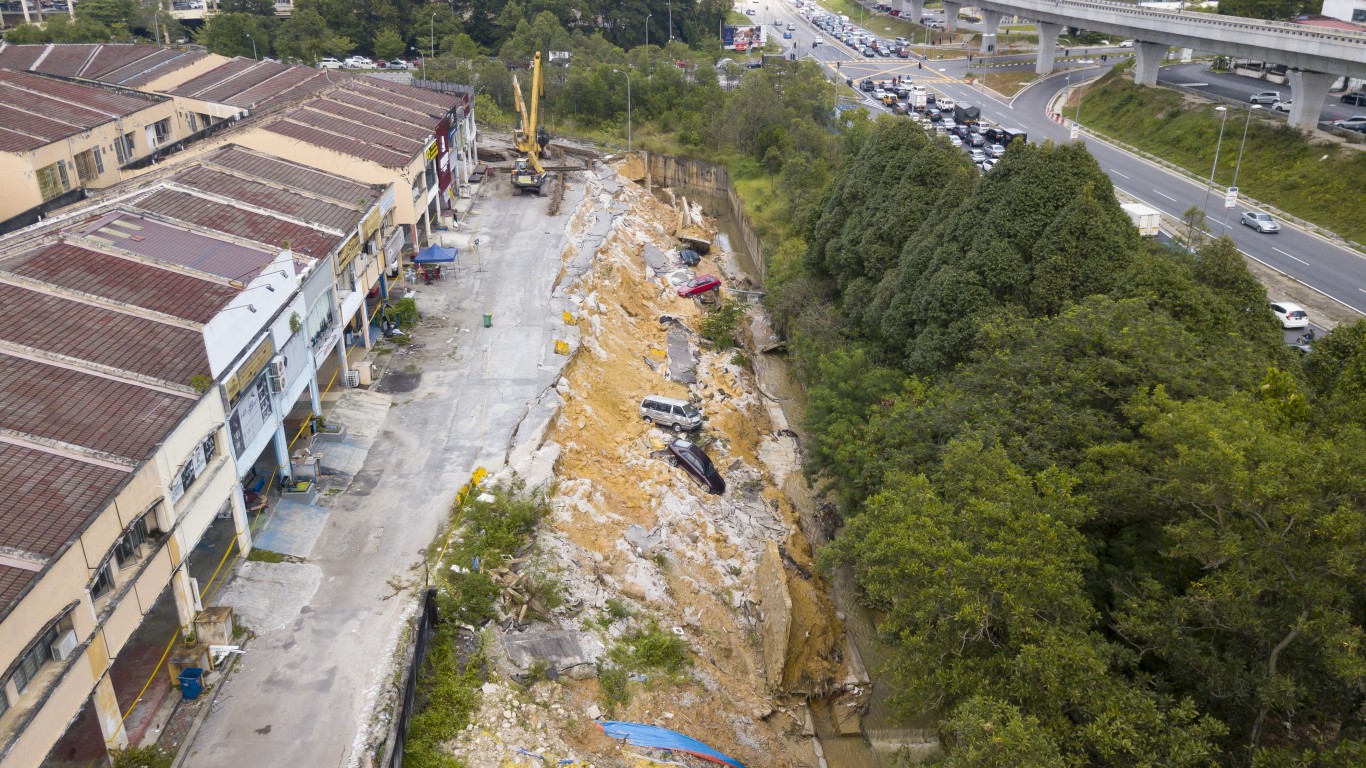 Severe flooding in Malaysia displaced thousands and caused the deaths of 50 people early in 2022. The event was triggered by an out-of-season tropical depression at the end of 2021. Being out of season, people and relief agencies were caught unprepared. The disaster is estimated to cost $1.46 billion in losses.