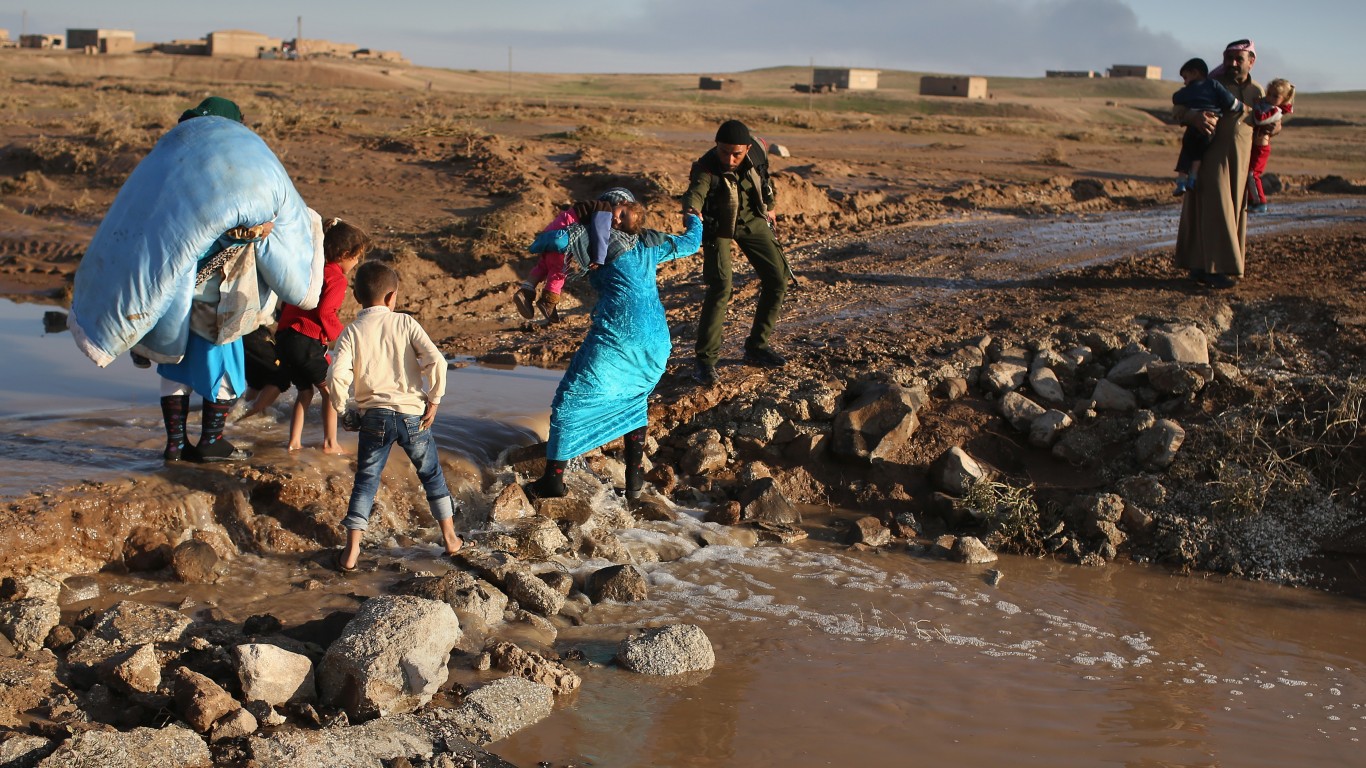 Water shortages are common in Syria, where nearly 90% of its freshwater is used for irrigation. The country grapples with an annual water deficit of about 3 billion cubic meters, or 20% of the country’s water needs. Models suggest that the hottest day of the year in Syria could be between 4 and 10 degrees Celsius higher by the end of the century. A civil war that has raged since 2011 has hobbled Syria’s ability to mitigate the impacts of climate change. 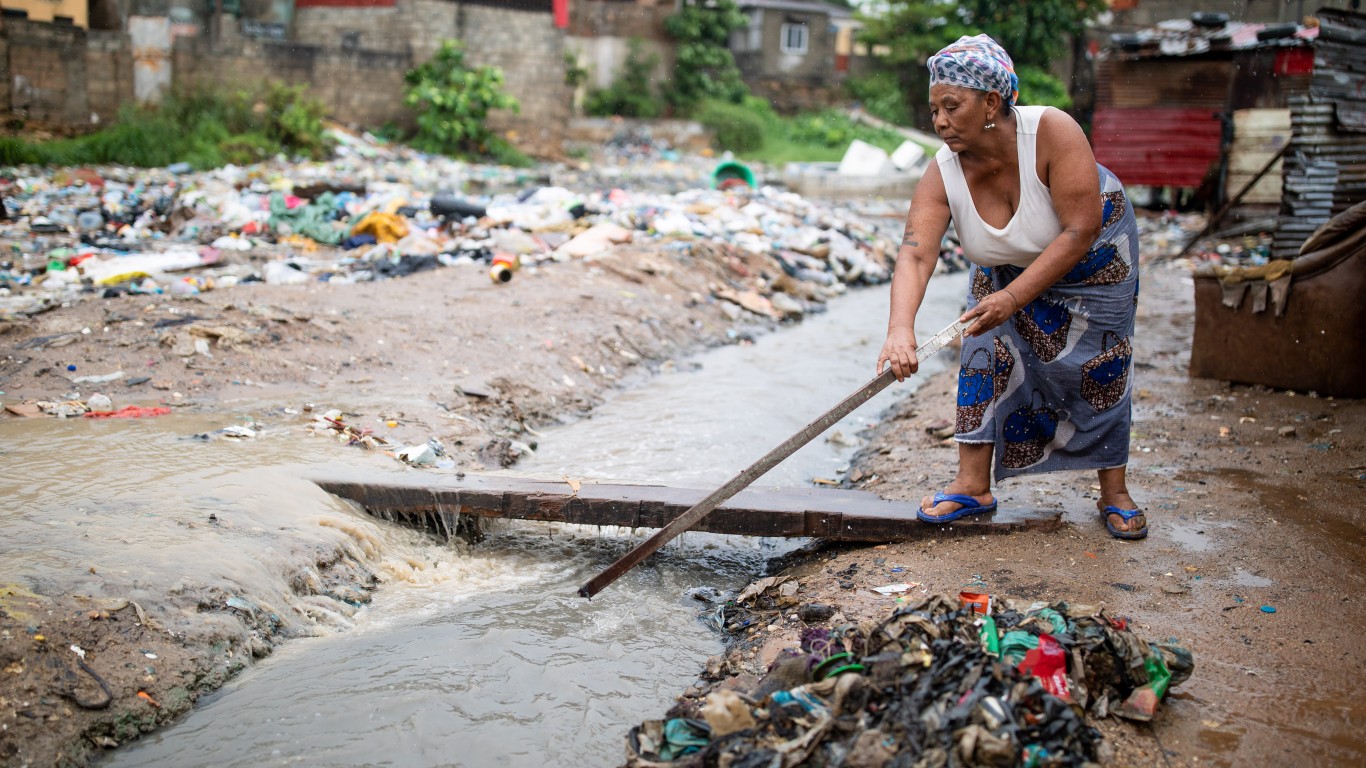 This Western Africa country’s economy is heavily dependent on its oil industry, and about 85% of Angolans work in the agricultural sector, mostly as subsistence farmers. Floods, erosion, droughts, and epidemics are expected to become worse as the planet warms and sea levels rise. About half of the country’s population resides on the coast, making many Angolans susceptible to the impact of rising sea levels. 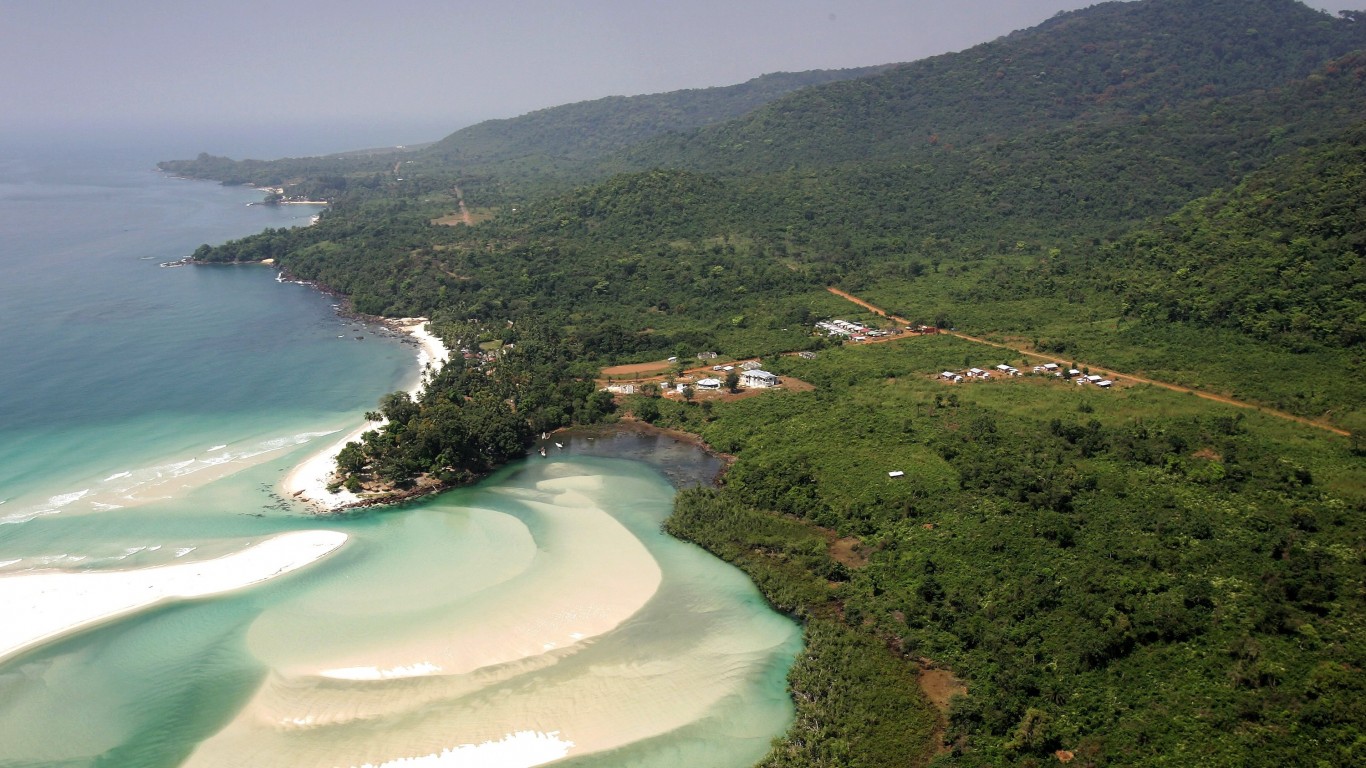 This mostly rural West African country, one of the poorest in the world, is bestowed with a substantial quantity of natural resources, including mineral deposits, and fertile agricultural land. But the livelihoods of Sierra Leoneans, who work mostly in agriculture, is threatened by changes in precipitation, increased temperatures, and higher risk of floods and droughts. 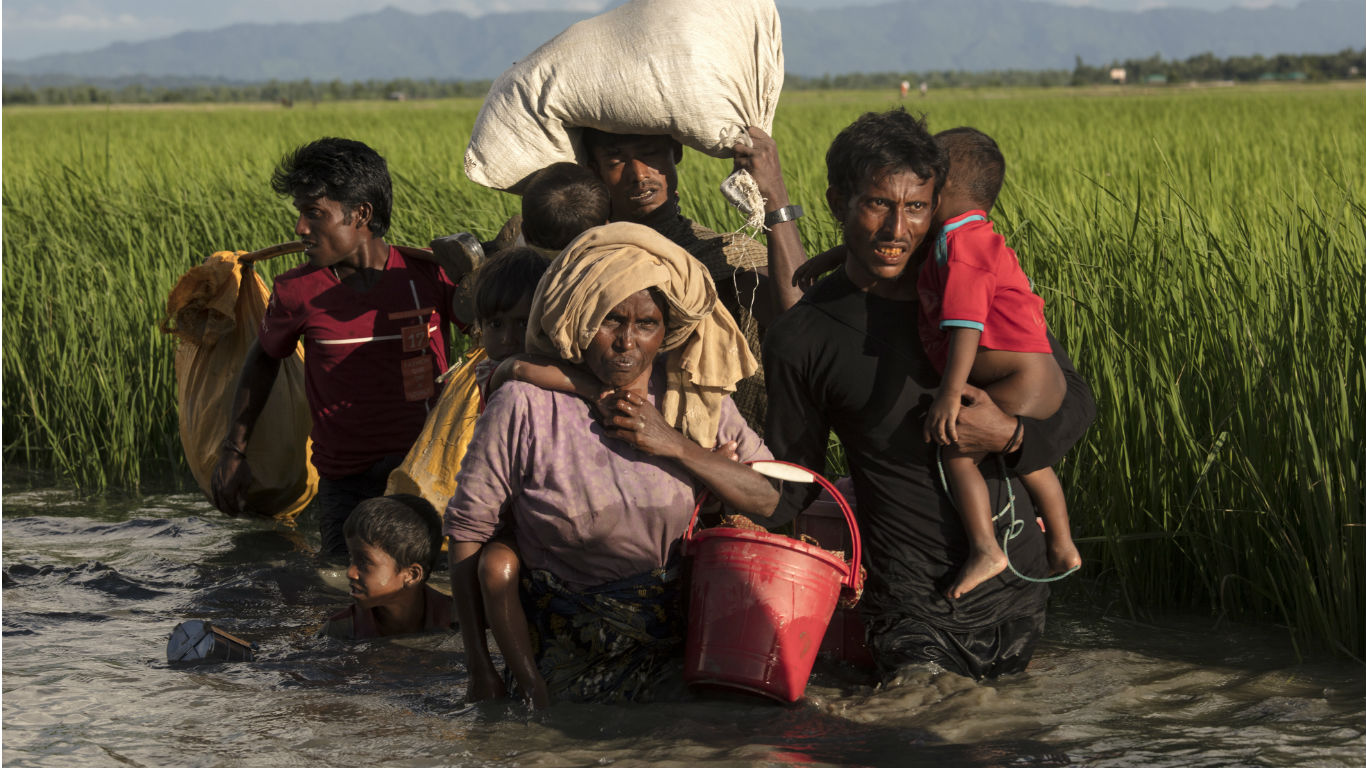 The largest country in Southeast Asia is routinely threatened by its high exposure to flooding and tropical cyclones, as well as droughts in its drier interior. Rapid development in urban areas is not offering sufficient protection to natural hazards. A coup last year put Myanmar back under military rule, with little indication the regime is making climate change mitigation a priority despite having a high share of its (largely impoverished) population particularly susceptible to climate change hazards. 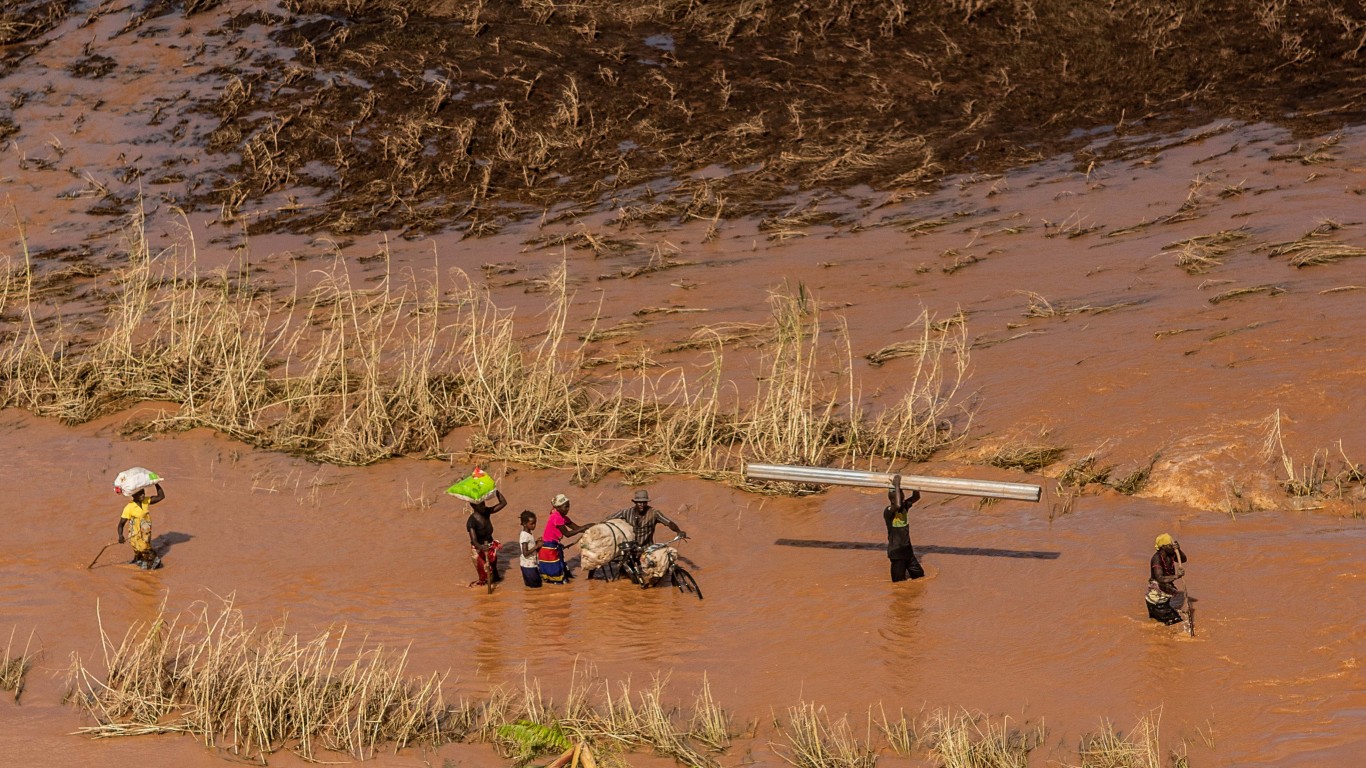 Mozambique suffers from too much intense rainfall in some places, causing flooding on coastlines and river basins, and not enough water in other places, where impoverished farmers depend heavily on rain-fed agriculture. Droughts occur about every three to four years, and water management is one of the country’s biggest challenges as sea levels and temperatures rise.