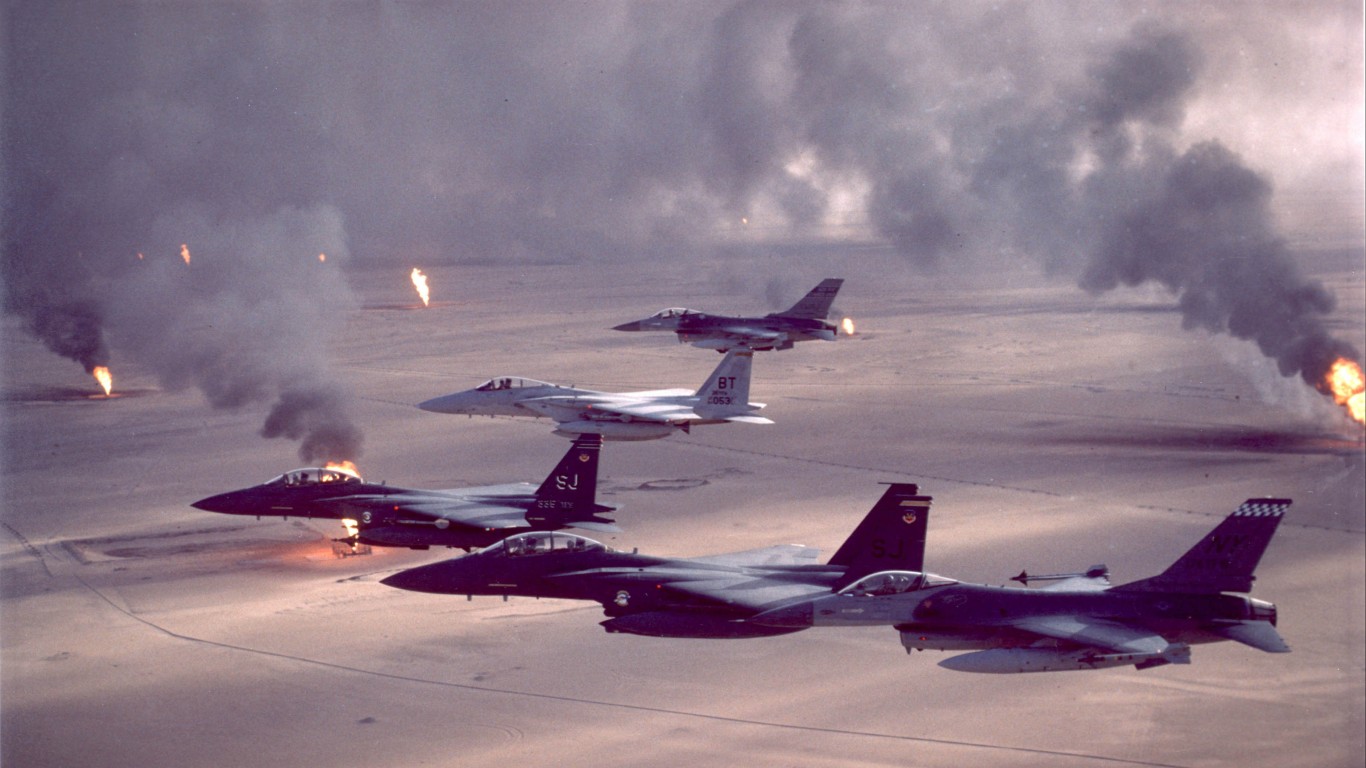 After Saddam Hussein’s Iraqi forces invaded Kuwait to seize its oil-producing capacity, President George H.W. Bush assembled an alliance of 35 Western and Arab nations to expel Iraq from the small nation on the Arabian Peninsula. The war was conducted in two phases. The first, called Operation Desert Shield, involved a troop buildup in, and defense of, neighboring Saudi Arabia. That began in August 1990 and concluded in January 1991. At that point, the coalition launched the second phase, code-named Operation Desert Storm, beginning with a five-week aerial and naval bombardment that commenced on Jan. 17, followed by a ground assault that began on Feb. 24. The conflict ended 100 hours later with the expulsion of all Iraqi forces from Kuwait. 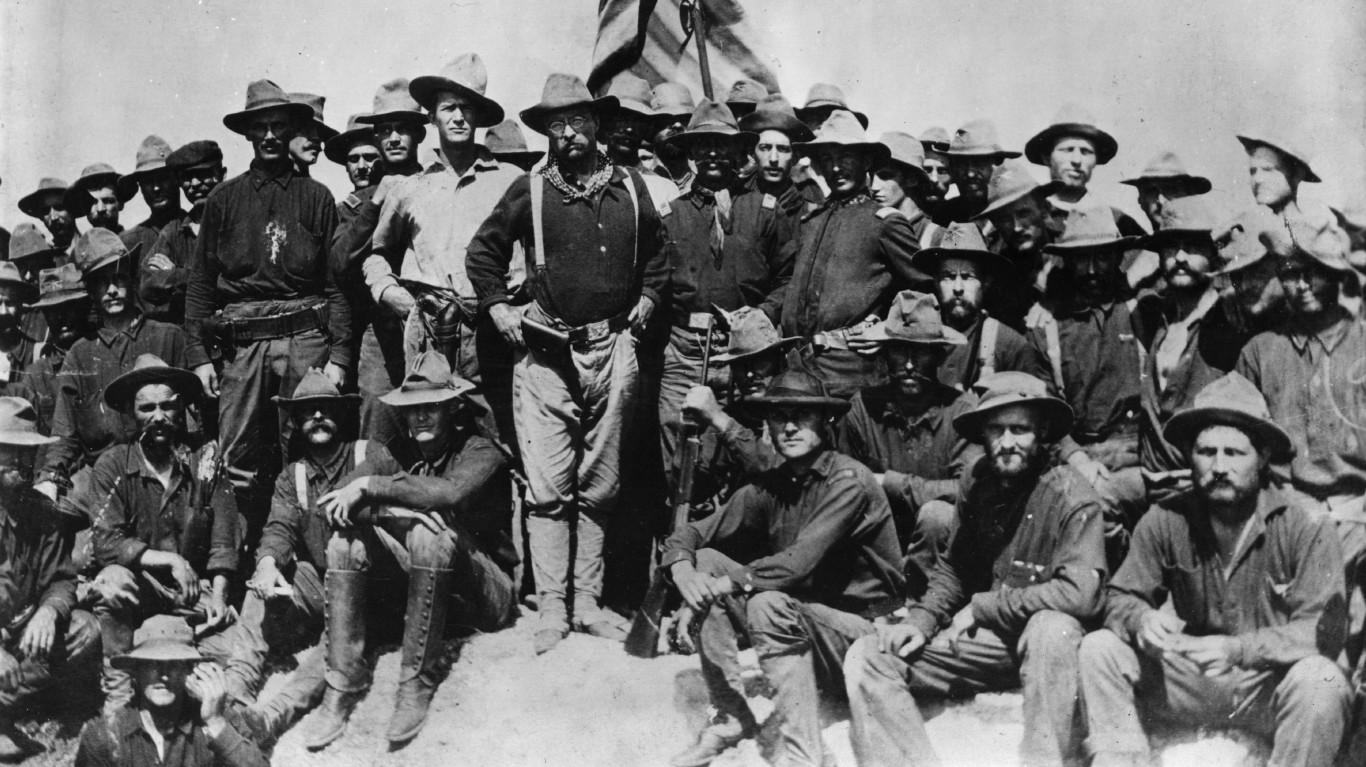 The Spanish-American War was a one-sided conflict that resulted in ending Spain’s colonial empire in the Western Hemisphere and the emergence of the United States as a world power. The Spanish Empire had been in a long decline by the end of the 19th century and was trying to hold the few possessions it had. Among these was Cuba, where revolutionaries were fighting their Spanish overlords. The U.S., historically opposed to colonial influence in the New World, was sympathetic to their plight.

Tensions rose between the U.S. and Spain, culminating in the destruction of the American battleship the USS Maine in Havana Harbor in February of 1898. The U.S. claimed Spain was responsible and declared war. There followed a series of triumphs over overmatched Spanish forces in the Pacific and Atlantic, and Spain surrendered in August of 1898. Spain gave up all claims to Cuba, which came under U.S. supervision, and Puerto Rico. Virtually overnight, as well, the U.S. became a Pacific power by gaining sovereignty over Guam and the Philippines. 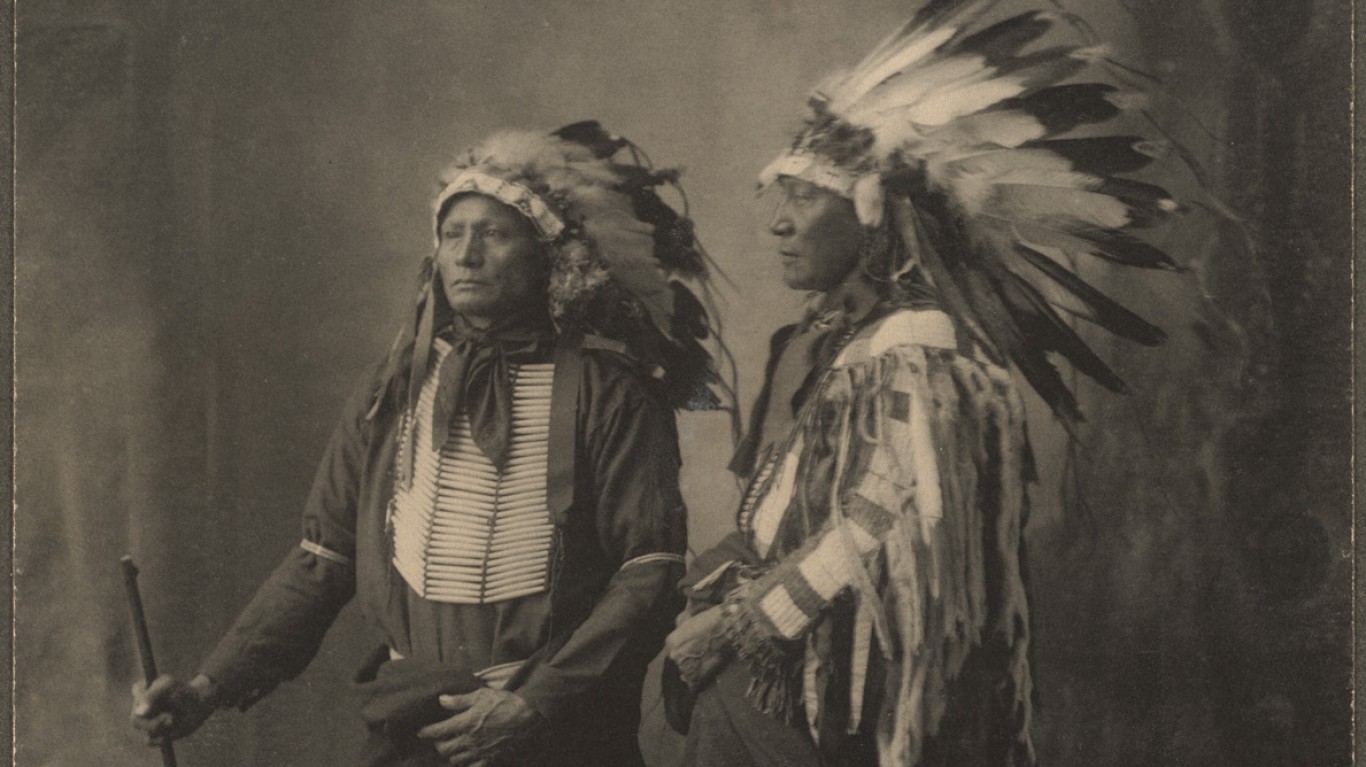 The Indian War was a series of conflicts between Native Americans and whites over land. In an act of ethnic cleansing in 1830, the U.S. government passed the Indian Removal Act, relocating Native Americans to territories west of the Mississippi River. Spanning a 20-year period, members of the so-called Five Civilized Tribes were forcibly sent westword in what became known as the Trail of Tears. In 1838 alone, about 15,000 Cherokee were sent more than 1,200 miles west, with more than 3,000 dying en route.

Tribes such as the Sioux of the Northern Plains and the Apache of the Southwest were strong opponents of encroachment on their tribal lands. Native American victories, such as the Battle of Little Bighorn, were few, but there was fierce opposition in the Montana territory, led by Lakota Chief Red Cloud. The last major conflict between Native Americans and the U.S. military occurred in 1890 at Wounded Knee in South Dakota, where 150 Native Americans and an estimated 25 American soldiers died. 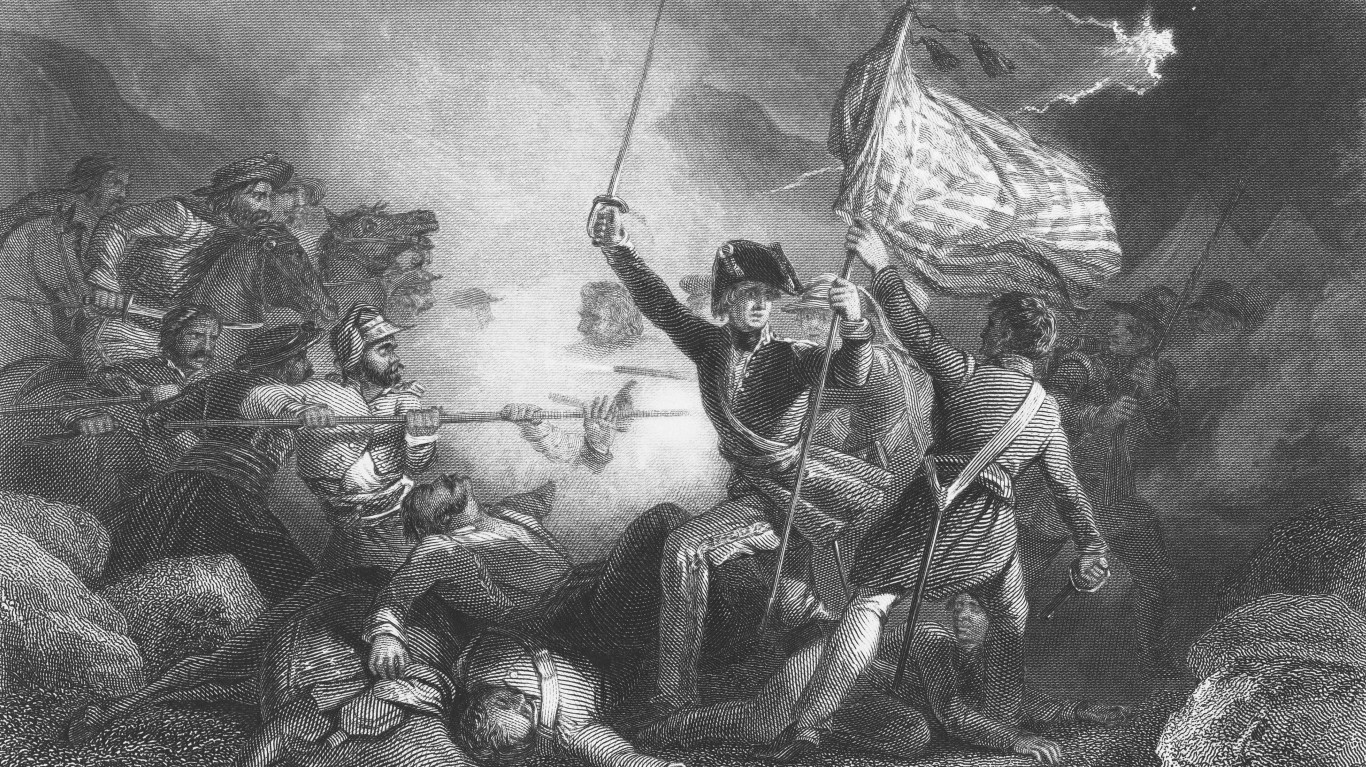 By the mid-19th century, the United States was growing rapidly, fueled by the belief that America was destined to claim all the land between the Pacific and Atlantic oceans. This expansion led to an unresolved border dispute in Texas between America and Mexico that resulted in war in 1846. The U.S. Army won almost all the battles and Mexico signed the Treaty of Guadalupe Hidalgo in 1848, ceding more than half of its territory to the United States. The U.S. gained the territories of Texas, California, Nevada, and Utah, as well as parts of New Mexico, Wyoming, Arizona, and Colorado.

The war produced many military leaders who would distinguish themselves in the Civil War just over a decade later, among them Ulysses S. Grant, Robert E. Lee, William Tecumseh Sherman, Stonewall Jackson, James Longstreet, and George McClellan. 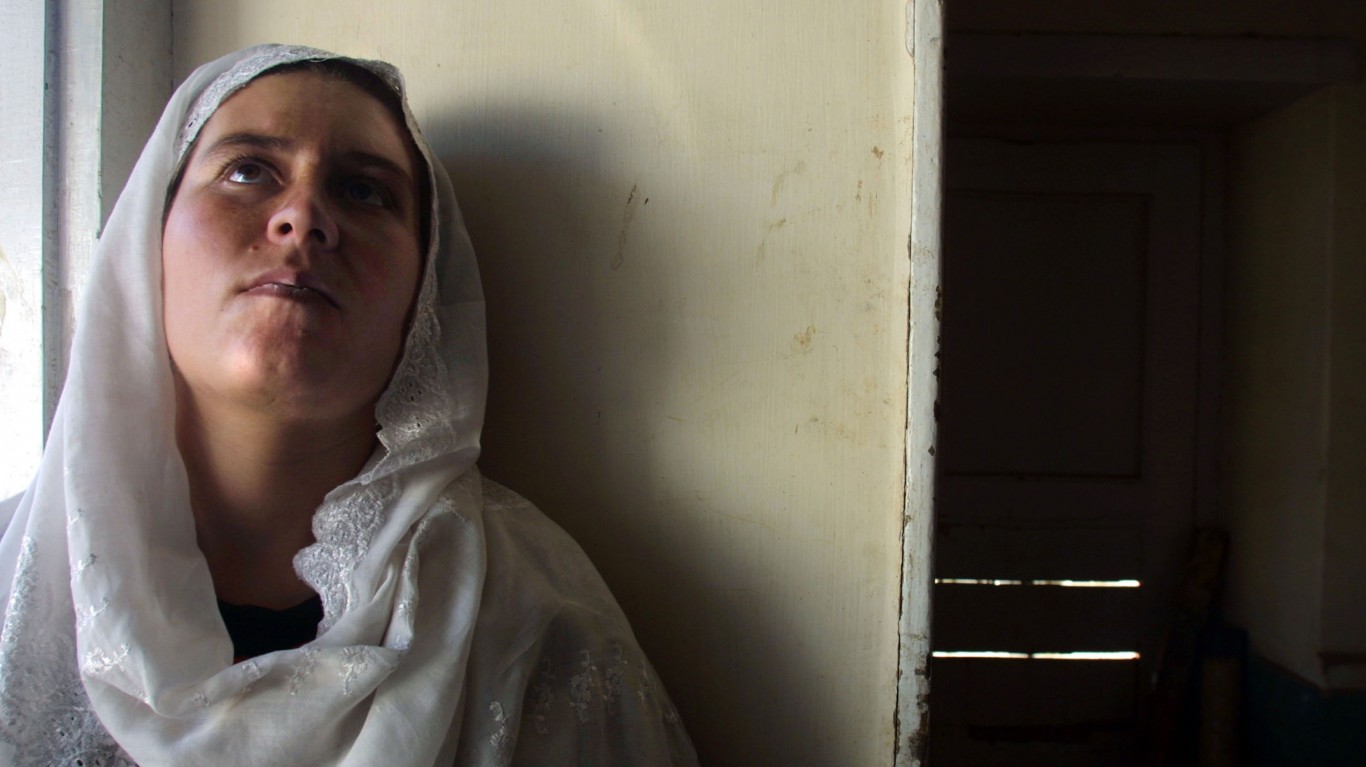 In August 2021, President Joe Biden pulled out the last U.S. troops from Afghanistan, marking the end of the war in that Asian country after almost 20 years. The U.S. and its Allies invaded the mountainous nation in November 2001, after the Taliban government refused to hand over Osama bin Laden, the mastermind of al-Qaeda’s attacks on the United States on Sept. 11 of that year. The Taliban was routed and relocated to southern Afghanistan and over the border to Pakistan where it led an insurgency against the Western-backed government. The U.S.-led coalition formally ended its combat mission in 2014, and Afghan forces took the lead on securing the nation’s security. They were not up to the task because of corruption and poor leadership. The Taliban insurgency eventually defeated the Afghan military and the Taliban rules in the country today.