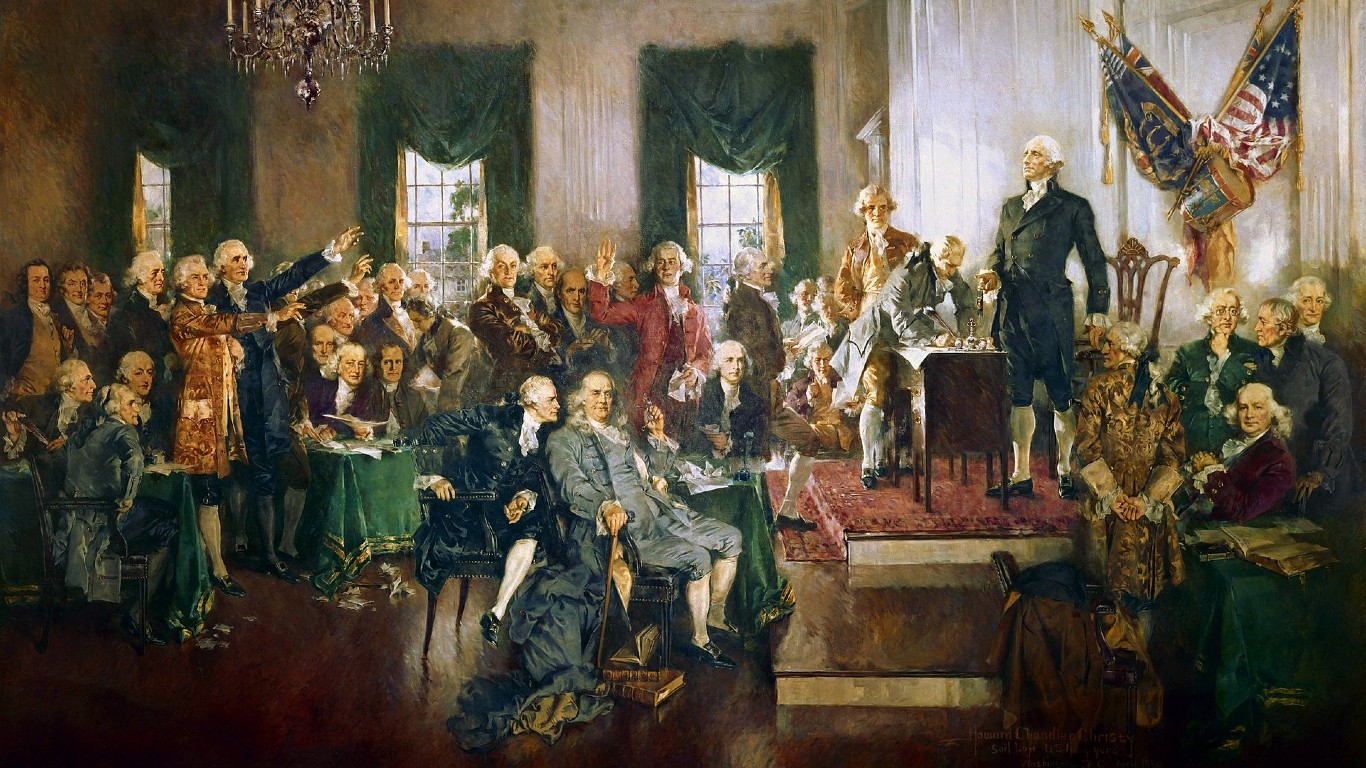 When was the Constitution ratified?

Many Americans confuse the year the Constitution was ratified with the year the Declaration of Independence was signed. Only 13% of respondents to a 2018 survey by the Woodrow Wilson National Fellowship Foundation knew that the Constitution’s ratification occurred fully 12 years after the birth of the nation in 1776. This question is one asked on the test given to immigrants seeking citizenship. 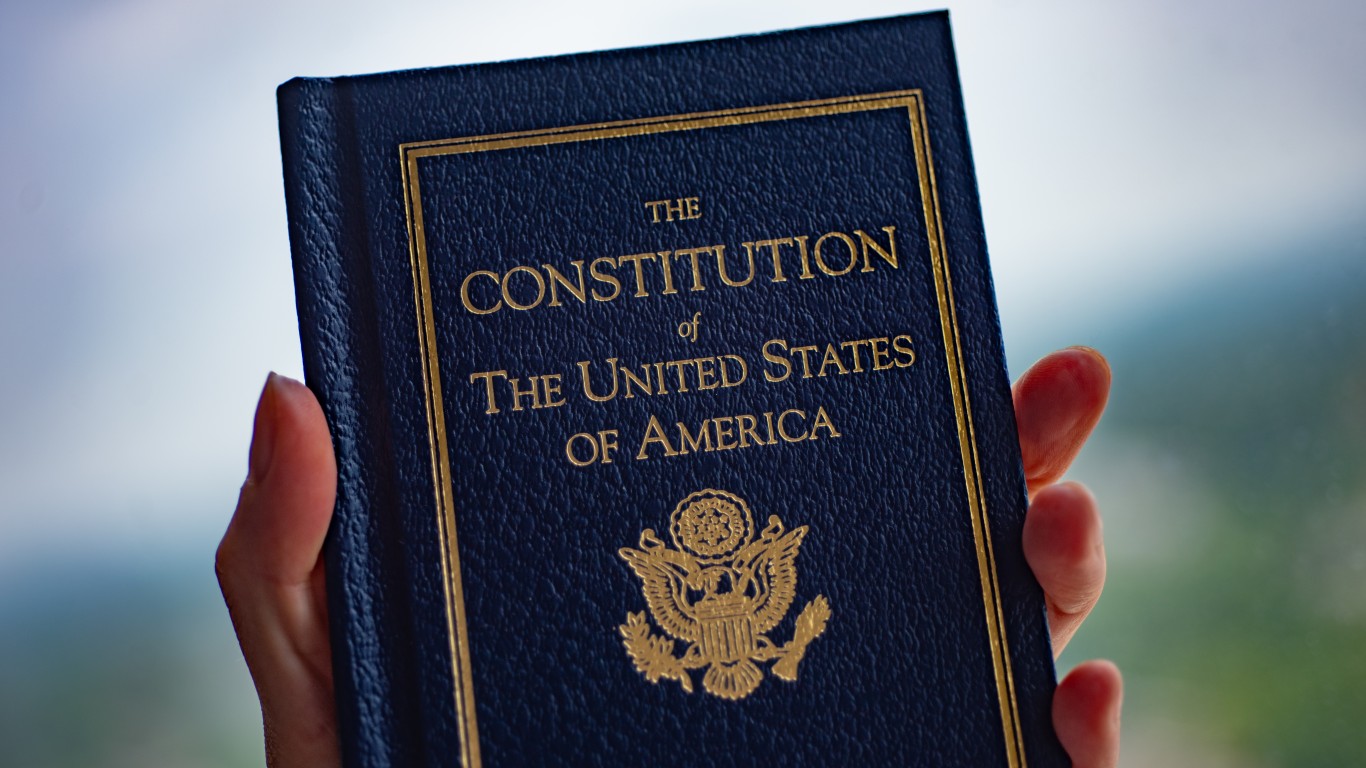 How many amendments to the Constitution are there?

Another question from the test given to immigrants seeking citizenship, this one is pretty simple but can be difficult for many Americans to answer. The U.S. Constitution has 27 Amendments. The first 10, ratified together in 1789, constitute the Bill of Rights. The 11th was ratified in 1794; four more were added in the 19th century, including the the 13th, which abolished slavery; and the rest passed after 1900, including the 18th, prohibiting the manufacture and sale of alcohol, and the 20th, repealing the 18th.

24/7 Wall St.
The Origins of Every American Federal Holiday 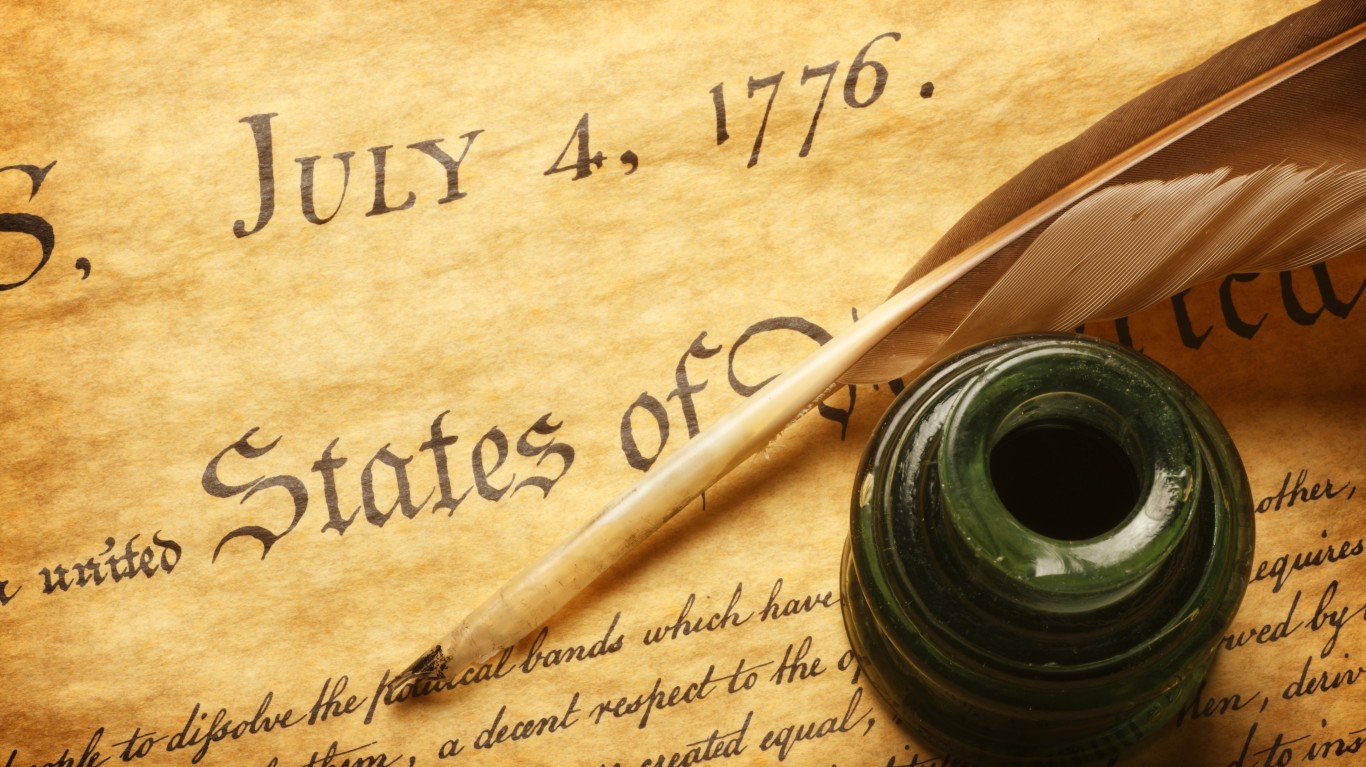 What rights does the Declaration of Independence guarantee?

The question found on the test given to immigrants seeking citizenship is fairly generous in that it asks for only two of these rights. The three correct answers, though, are life, liberty, and the pursuit of happiness. Unfortunately, there’s no extra credit on the test for being able to name all three. 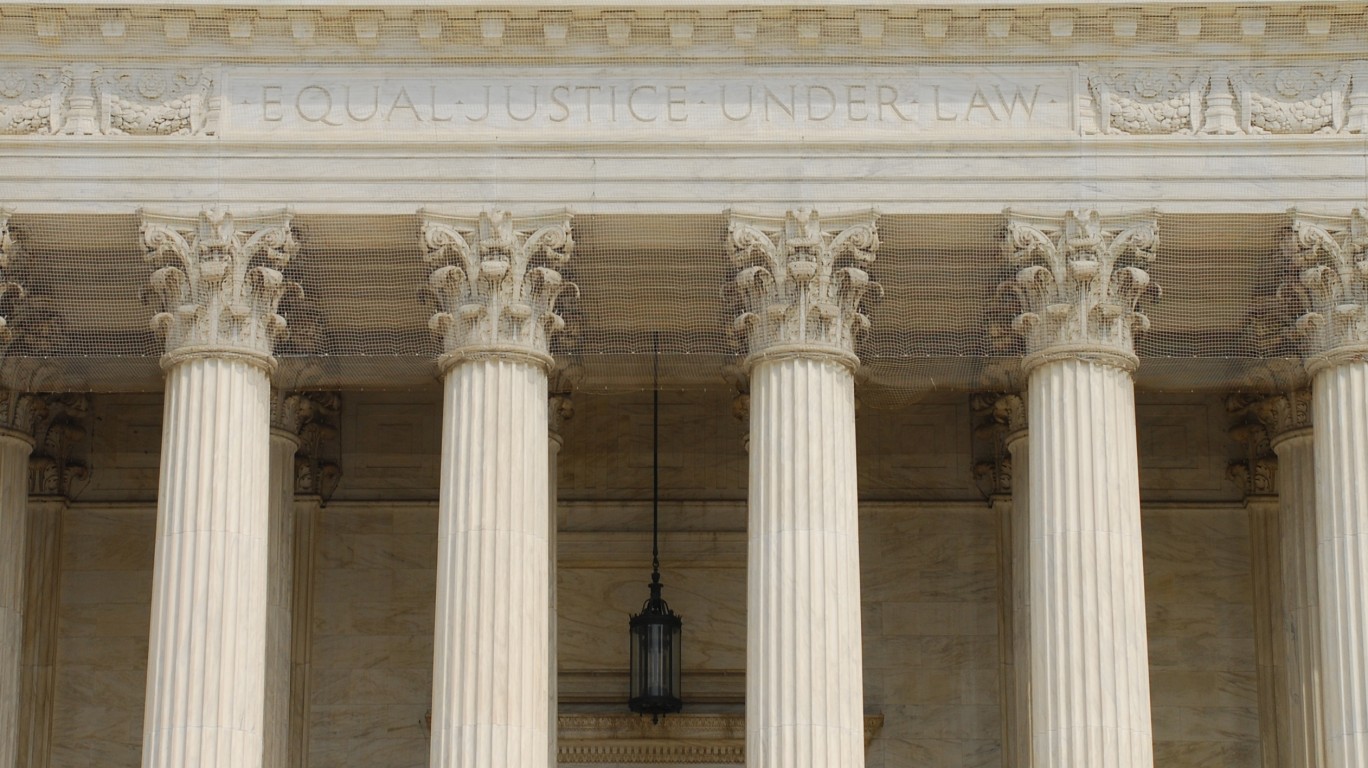 How many justices are on the Supreme Court?

Despite divisive partisan clashes in recent years regarding how Supreme Court justices are selected, only 43% of Americans were able to say how many sit on the nation’s highest court, according to a 2018 survey by the Woodrow Wilson National Fellowship Foundation. There are nine justices, currently John Roberts (the Chief Justice), Clarence Thomas, Samuel Alito, Sonia Sotomayor, Elena Kagan, Neil Gorsuch, Brett Kavanaugh, Amy Coney Barrett, and Ketanji Brown Jackson. 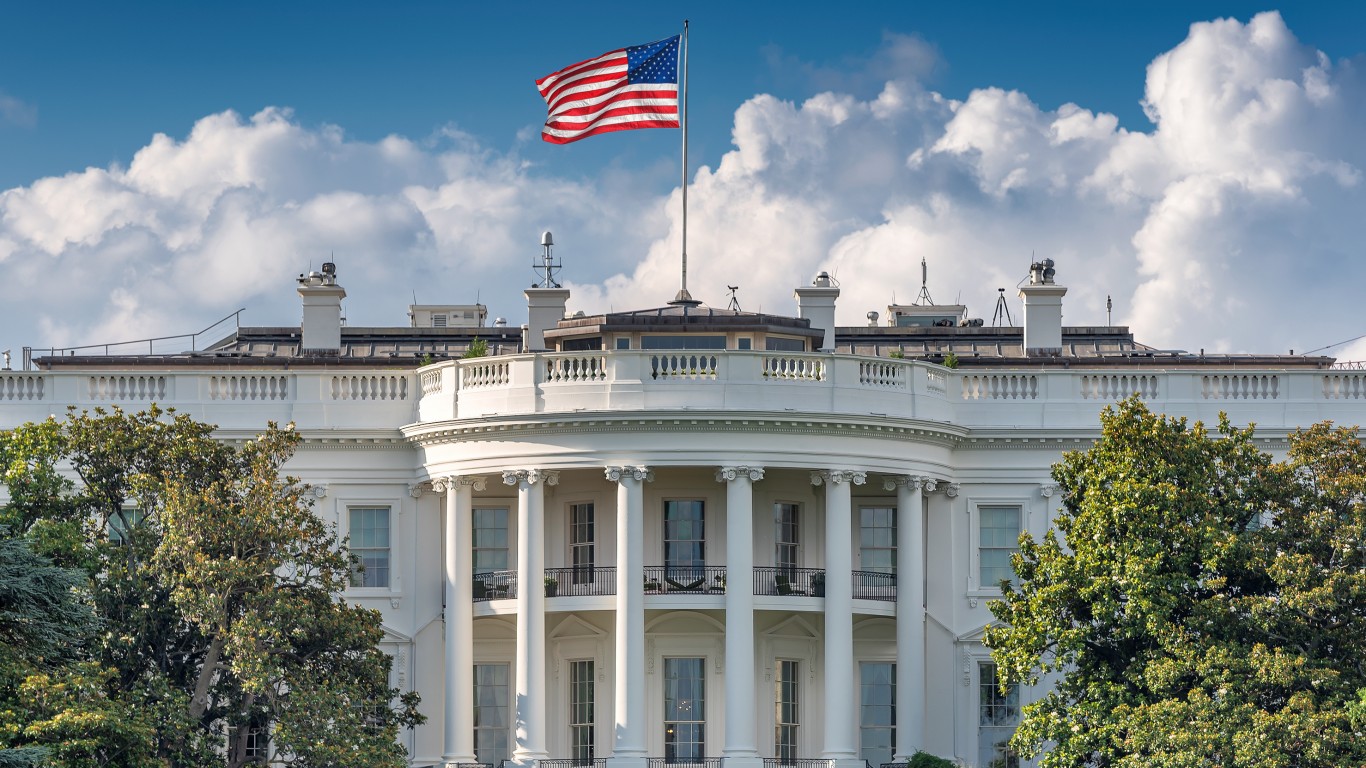 What are the three branches of government?