The Five Most Battered Tech Stocks of the S&P 500 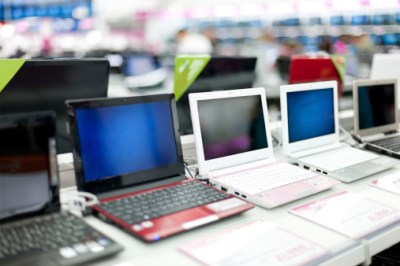 Source: Thinkstock
The stock market hit a new high on Friday morning, just in time for two days of serious stock selling. It turns out that the high-beta momentum stocks that led the bull market higher were already selling off ahead of the market peak. The question to ask is how much is too much?

24/7 Wall St. has tracked the most battered stocks of the S&P 500 in technology. Some are technically listed as tech stocks did not make the cut because they are too focused in different sectors for us to count them as technology stocks.

Best Buy Co. Inc. (NYSE: BBY) is technically in retail, but it is one of the top destinations for consumers who still go to the brick-and-mortar stores to buy their technology. Not only is best Buy down worse than all the tech stocks, it screened out as the worst-performing S&P 500 stock in a Finviz screen. Shares are down almost 40% from their 52-week highs, now that the turnaround values caught up to what had previously been a stellar stock performance. What rockets up can come crashing down. At $27.16, the stock is down 40% from its 52-week high of $44.66.

Teradata Corp. (NYSE: TDC) is finding that big data may not represent infinite growth. Others in this sector have discovered the same. At $45.60, its stock is down some 31% from the 52-week high of $65.96. The difference of this battered stock is that the drop was from a peak last summer, and its shares are up more than 10% from the 2013 and 2014 lows. Analysts have roughly a $51 price target on this stock, which is still valued at about 16 times expected earnings.

Citrix Systems Inc. (NASDAQ: CTXS) is also suffering with other software as a service (SaaS) stocks. At $55.40, the stock is down 28% from its 52-week high of $77.16. Citrix peaked last fall, and the shares have been mostly range bound between $55 and $62 for the past six months. This software and tech player still trades at close to 19 times expected earnings, although analysts still have a price target pegged closer to $65.

Netflix Inc. (NASDAQ: NFLX) needs no introduction, despite a drop of just over 25% from its peak. Things have been so bad that we have pondered whether its battered stock price would tempt an Apple buyout. We also saw that Oppenheimer just upgraded this one to Outperform from Perform. To show just how rough things have gone since its peak earlier in 2014, Netflix’s stock price has risen in only three of the prior 25 trading sessions. It saw a 1% gain mid-day on Monday to $340.50, and the consensus price target is closer to $380.

Jabil Circuit Inc. (NYSE: JBL) is suffering with tech stocks on Monday as well, with more than a 2% drop to $18.00, and this is now down 26% from its 52-week high of $24.32. Jabil’s peak was last fall. This outsourced technology manufacturing outfit trades at 32 times expected earnings for this year, but it trades at only 10.5 times expected 2015 earnings estimates. This represents a year of significant revenue losses, evidenced by its valuation being only about eight times earnings from a year ago.

Many of these stocks are very bruised and battered. The problem is that they do not sound cheap at a time when investors want value or income. What does it tell you that in the midst of a sell-off the utility stock sector is the only group rising?