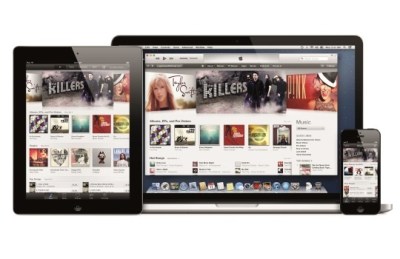 Source: courtesy of Apple Inc.
Apple Inc. (NASDAQ: AAPL) may have traded higher after its dividend and buyback plans were announced, but now the stock is surging to 52-week highs ahead of the iPhone 6 and with other product launches coming. Friday also brought two big analyst price target hikes as well, followed by a third price hike that was a bit lackluster.

A third price hike came from Wells Fargo to a range of to $595 to $640 (from $515 to $585), but the firm only maintained its Market Perform rating, based on limited upside expected.

Goldman Sachs maintained its Buy rating on Apple and raised its price target to $720 from $635, ahead of Apple’s developers conference next week. The firm’s take is that Apple’s next big thing isn’t hardware. The firm said that the iOS platform differentiation is becoming increasingly critical as the hardware base looks more and more similar elsewhere. Goldman Sachs does expect upcoming hardware refreshes to act as a strong driver of earnings momentum, but enhancements like mobile payments, connected home solutions and personal health monitors should be far more important for driving switching costs.

Argus said that the purchase of Beats for $3 billion is something that Apple can obviously afford. Argus said that Apple is already the world’s largest seller of music, but music streaming (Pandora, Spotify and Beats Music) is currently growing much faster than sales of individual artist recordings — and that Apple’s iTunes Radio has been back of the pack. The firm believes that the alignment within iTunes instantly makes it a more formidable player in its space, and thinks that the combination of Beats Music’s technology with the iTunes customer base could accelerate growth for Apple’s music retailing business.

Break Down of Alphabet’s $1.5B Blockchain Investments So Far