Why Alibaba Investors Are Worried, Very Worried, Going Into Earnings 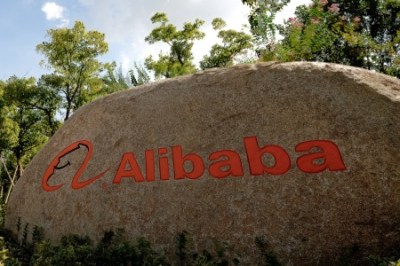 Source: courtesy of Alibaba Group
Alibaba Group Holding Ltd. (NYSE: BABA) is set to report earnings on Thursday. Trying to second guess earnings ahead of time from a relatively new company, particularly a large Chinese company, is no smart effort. Still, investors are acting scared ahead of Alibaba’s report.

One thing to consider is that the EPS estimate for this coming quarter was as high as $0.46 just 60 days ago. The consensus estimate of $2.79 in EPS for fiscal March 2016 is down from $2.86 just 60 days ago. That is not a massive drop for an earnings expectation consensus, but this is on the world’s largest initial public offering (IPO).

One recent concern may be that the Chinese online retail giant is in the midst of a hiring freeze. CEO Jack Ma even reportedly said that the company has grown much too quickly.

There are also concerns from some that Alibaba has been trying to play more fairly by clamping down on knock-off and counterfeit goods sold through its networks. That is a welcome sign for buyers and for companies with brands that want to be protected, but the reality is that policing sellers costs money — and it may even thwart some of the lower-end sales, hurting Alibaba revenues.

Short sellers remain active in Alibaba as well. Some of these players may simply be hedgers who are anticipating a larger share float ahead, or holders who wanted to get ahead of the next lock-up or event-risk. Still, the 56.5 million shares in the latest short interest may not be a peak, but it is close to four days to cover.

One last consideration about the fundamentals of Alibaba is that most U.S. investors just do not really have a firm handle on what Alibaba really is. It seems that it is an insult when you refer to Alibaba as the “Amazon of China.” After the previous earnings report and guidance, 24/7 Wall St. could not help but to ask whether it was fair to think that Alibaba duped Wall Street analysts and investors into thinking its growth rates were higher.